Phifer Christmas House not lighting up this year due to the pandemic; others planning Tacky Lights
4 comments
Share this
1 of 2 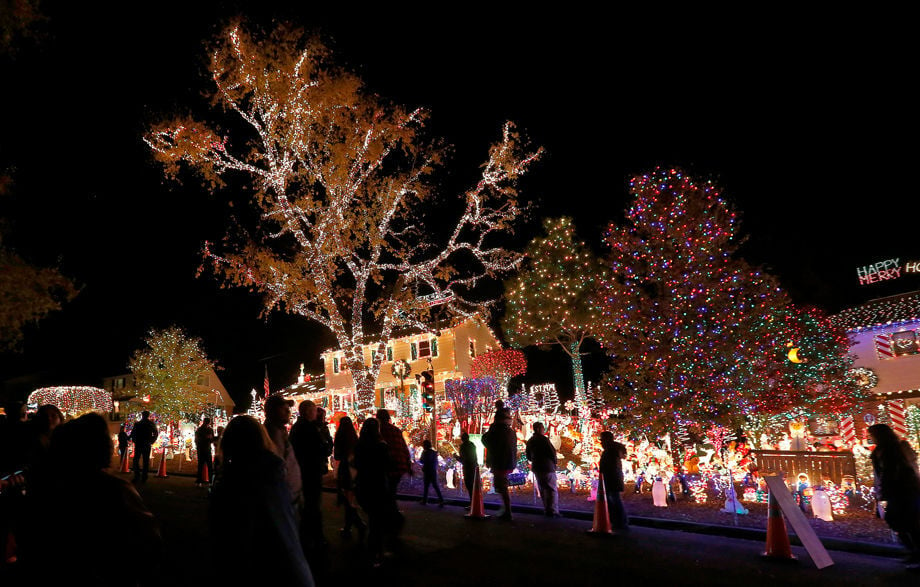 People gathered in front of 9604 and 9606 Asbury Court in Henrico Thurs. Nov.24, 2016 for the grand illumination at the homes of Bobby and Bobbie Phifer. The Phifer’s start decorating the first of September. Bobby said he finished about 3:30 pm on Thanksgiving. They use 60 breakers to keep things lit up. 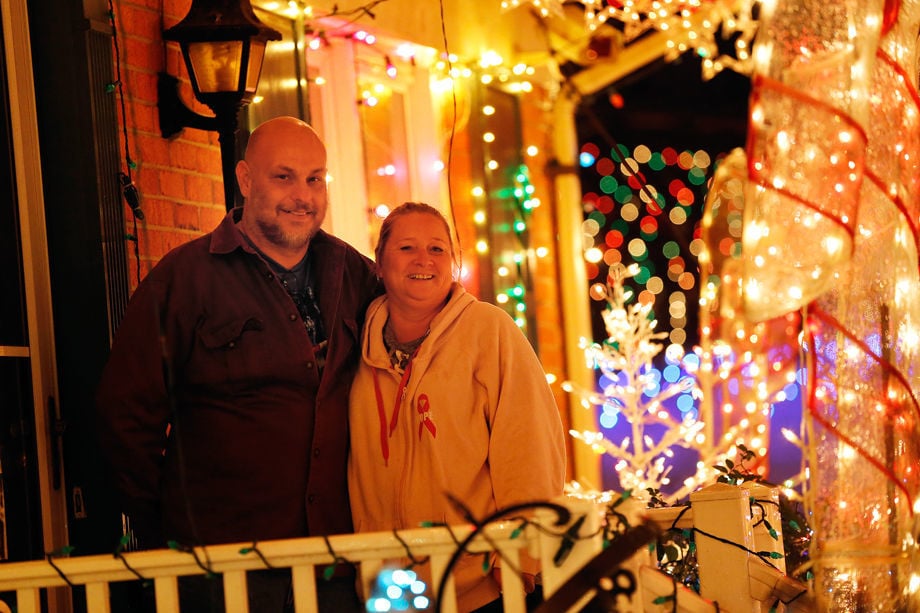 Christmas is nearly three months away, but readers are already asking: Will there be Tacky Lights this year with the pandemic?

For the most part, the answer is yes. Many of the traditional homes on the Tacky Lights list, compiled by the Richmond Times-Dispatch, will be lighting up again.

But one of the biggest, brightest attractions on the list, A Phifer Christmas on Asbury Court, has decided not to light up as they have in years past.

“It’s a really tough decision to make. We’ve been talking about it since March,” said Bobby Phifer, owner of 9604 Asbury Court. “We’re worried we [are] going to get bad responses. Some people are really mad. They’ve been bringing their kids here for years. But what if someone gets COVID-19 from here? And boom, we’re a hot spot?”

Phifer has been decorating his mother’s house at 9606 Asbury since 1974. When he bought the house next door, he started lighting that up, too. Typically, Asbury Court has over a million and a half lights during the holidays, with crowds lining up and down the street to get a look at the old-school, over-the-top display.

But this year, the coronavirus has changed things. The Phifers typically sell hot chocolate on site to help pay for the electricity bill, but they knew they wouldn’t be able to do that this year.

“Because of the way our display is set up, people like to get out of their cars and look at all the detail on the lawn,” Phifer said. “And kids like to touch it.”

The Phifers are also now the primary caregivers for three grandchildren and are concerned about their health and well-being.

Although he won’t be doing the big, megawatt display he’s known for, Phifer said he will be lighting up the giant trees in each yard and that people can walk on the lawn and look up the tree, which has never been allowed before because of the lawn decorations. His daughter is also planning to decorate the doll room.

“It’s heartbreaking for me not to light up. But I have to think of the safety of my family, my neighbors and the general public,” Phifer said.

Chuck and Sherry Hudgins at 6444 Little Sorrel Drive in Mechanicsville will also not be lighting up this year due to a severe illness in the family. Their home is known as “Christmas Fantasyland” with a line of reindeer on the roof. Their home was featured on ABC’s “The Great Christmas Light Fight” last year.

This year, however, many other homeowners in the Richmond area are planning to light up.

Al Thompson at 9716 Wendhurst Drive in Glen Allen, one of the most recognizable houses on the Tacky Lights list and the first Richmond-area house to win “The Great Christmas Light Fight,” will be lighting up as usual.

“You can’t stop Christmas,” Thompson said. “If people can go to Walmart, they can stand in the street and look at Christmas lights.”

The Whitlocks at 8720 River Road are planning to have their drive-thru holiday display where people will stay in their vehicles.

Mr. Christmas at 2300 Wistar Court is planning to don his illuminated suit and greet people visiting his decorated home in the West End, just as he has in years past, although he probably won’t be wearing a mask. He said he doesn’t believe in wearing them.

Marc Leslie of the Oregon Hill Christmas House is still planning to light up with his kitschy, whimsical display.

He said his home at 408 S. Laurel St. doesn’t typically draw a crowd, and he’s not worried about crowding.

“It’s outside, and I have to assume everyone knows about [the importance of] social distancing and masks,” Leslie said.

He said, “This year, more than ever, I know I need it. I feel like in a year where people have been let down again and again, not having the sweet, sweet glow of lights would just suck.”

The Richmond Times-Dispatch will publish its Tacky Lights list with a full list of houses lighting up for the holidays near Thanksgiving.

Phifers of Asbury Court on “The Great Christmas Light Fight”

Phifers of Asbury Court on “The Great Christmas Light Fight”

The holidays are going to look different this year at The Jefferson Hotel due to the ongoing coronavirus pandemic.

This year brings a new crop of holiday events to downtown Richmond featuring holiday lights and music, but in a way that allows for social dis…

People gathered in front of 9604 and 9606 Asbury Court in Henrico Thurs. Nov.24, 2016 for the grand illumination at the homes of Bobby and Bobbie Phifer. The Phifer’s start decorating the first of September. Bobby said he finished about 3:30 pm on Thanksgiving. They use 60 breakers to keep things lit up.