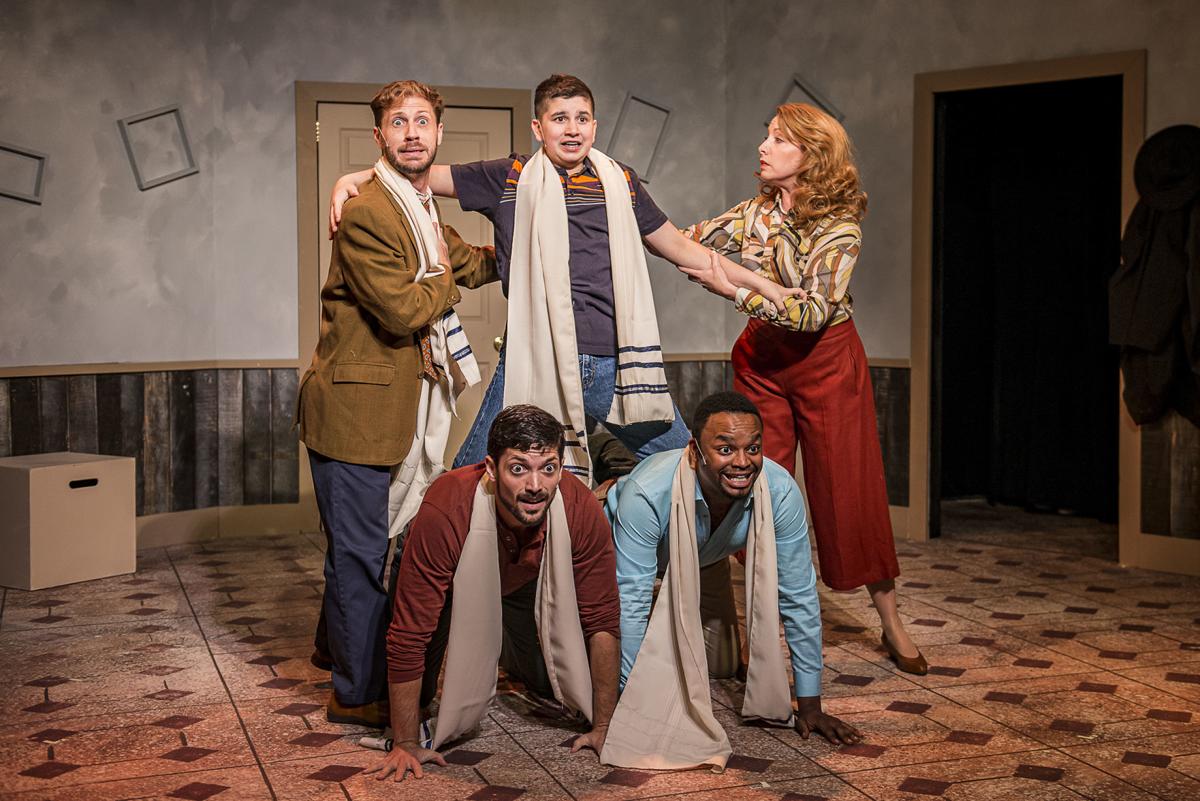 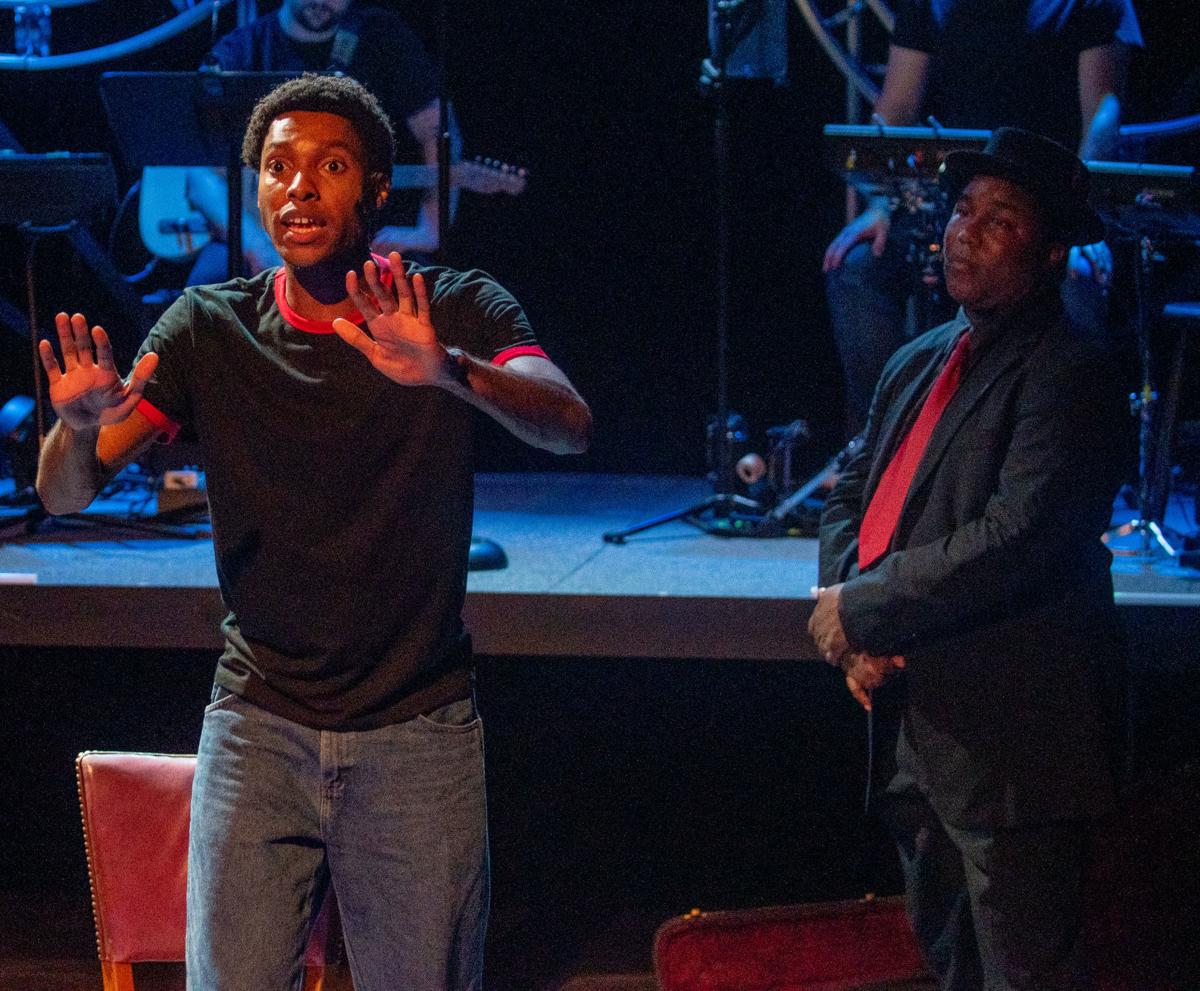 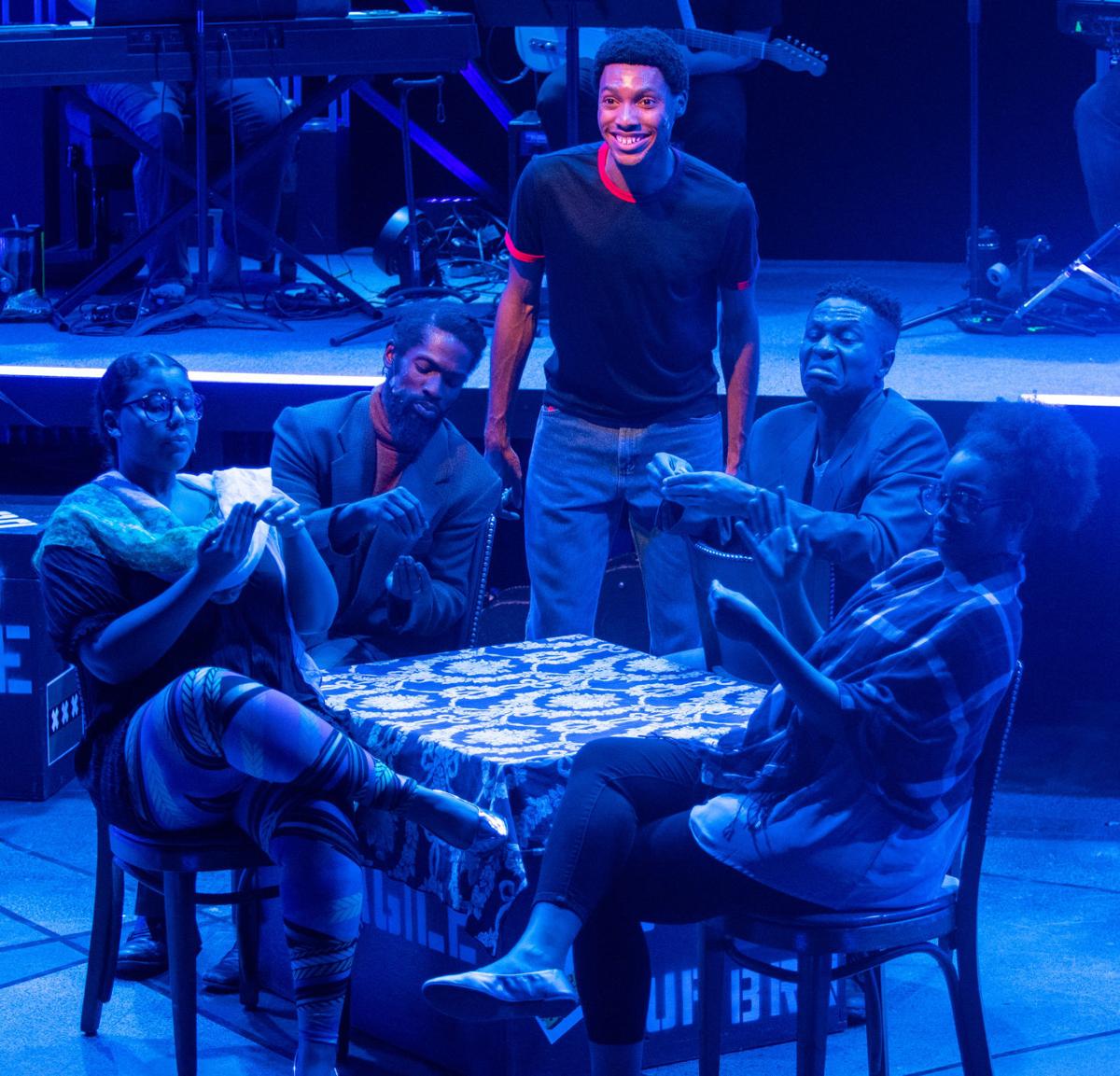 If only the great social upheavals that defined the ’60s, ’70s and ’80s would just pose for their historical portraits and then fade into sepia-tinted history.

Forget it. We still hear the clatter and bang of those heady times in the great musical anthems of the counterculture generation — the keyboards, guitar licks and backbeats that let even the quietest suburban kid hold onto the notion of rebelling against the folks, sticking it to the man and running away from home.

Two Richmond theater productions now ask us to bear witness to how American families might form and reform when anthems to unyielding progress — and that old bugaboo, human selfishness — send those we love into the world to find their own true selves, even as their own human frailties cause them to fall short of finding perfect, unadulterated happiness.

Firehouse Theatre’s production of Stew and Heidi Rodewald’s rock musical “Passing Strange,” created in collaboration with Annie Dorsen, jolts us like a giant, walloping guitar chord as we follow the travails of the “Youth” (Keaton Hillman), a pouty, post-counterculture African American artist whose deep dive into musical self-expression eventually puts him in the company of European bohemians.

Better to think of “Passing Strange,” which possesses no particularly sticky narrative track or racial theme to bind together its parade of musical numbers, not as a stage production but as a collector’s-edition LP record album come to life.

The show’s first act, dwelling on how Youth chafes at his West Coast hometown roots, serves as Side A. After intermission, we flip the disc and let Side B carry us through a delicious run-on mélange that brings to mind the Beatles’ 1969 masterpiece album, “Abbey Road.”

We might even think of Jeremy V. Morris, whose Narrator provides commentary that mixes explanation with free-form philosophical oration, as legendary Beatles audio engineer George Martin, knitting together the show’s freewheeling musical references — we hear licks of Led Zeppelin, Cream, Crosby, Stills and Nash, and even shades of Bruce Springsteen — into one coherent, compelling whole.

By show’s end, we’re not exactly sure what we’ve seen or where we’ve been. But as the Narrator reminds us, no matter how loud we play or how far we might wander, love is the only thing that is real.

Isn’t that what every record album we’ve ever known has been trying to tell us?

At Richmond Triangle Players, William Finn and James Lapine’s “Falsettos” kicks off in 1981, a time when both social norms and theater conventions were being turned on their heads.

Long heralded as bravura commentary on the virtues of self-determination (and the perils of passionate self-indulgence), “Falsettos” offers a portrait of how fealty to sexual identity might threaten traditional family dynamics but can ultimately reconfigure how we love and honor one another.

As four Jewish men fumble with neurotic confusions about their places in the world, two find themselves undeniably attracted to each other and decide to move in together.

But Marvin, one of the two, is already married to Trina (Casey Payne), who grapples with the sadness of their son Jason (Rowan Sharma) and seeks out the counsel of therapist Mendel (Dan Cimo).

By Act 2, Charlotte and Cordelia, sanguine lesbian neighbors, help animate a reconstituted family where everyone learns to face a new future — one that sadly includes the specter of AIDS.

“Falsettos’ ” enduring appeal lies in how the show transcended a less-aware time when frank looks at sexuality were much less candid. But the show subscribes to a risky sung-through musical schematic that, while revolutionary in its day, now feels too hammering and melodramatic for these quiet and complex emotional reckonings.

Even Sheila Russ’ gently impressionistic costuming, Michael Jarett’s eye-catching (if necessarily frantic) lighting changes and Deb Clinton’s lighthearted and affectionate direction of these accomplished actors — high schooler Sharma proves here he has a bright theatrical future — can’t quite push us past the feeling that “Falsettos” now serves more as a monument to early inklings of gay personhood and acceptance than as something that offers new and unexpected inspiration.

Still, “Falsettos” succeeds by balancing the human tendency toward self-absorption against the relentless onward march of time, and the show is at its best whenever it comes to rest on Matt Shofner, playing Marvin, who through it all would wish “to stay both kind and young.”

It’s contemplation for the ages captured beautifully in Shofner’s wide and haunted eyes. Maybe it’s the moment. Maybe he’s just acting. But one thing seems sure: That man sure knows what sadness is.

Tickets: $35 for Thursday evenings and Sunday matinees; $40 for Friday and Saturday evenings