UPDATED: Worker at Ellwood Thompson's tests positive for coronavirus; four others fired for not following time-off protocol to get tested 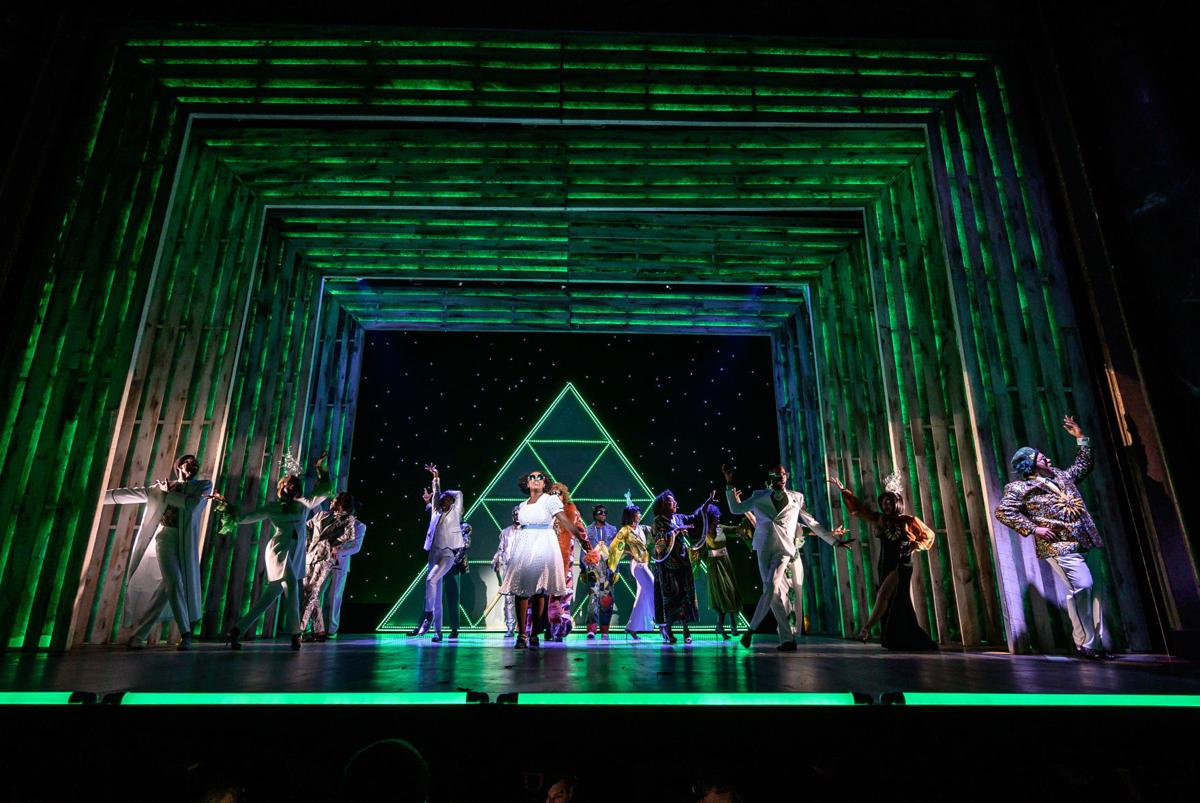 Ease on down to the November Theatre to share in the fun Mariah Lyttle (Dorothy) and cast are having with “The Wiz.” 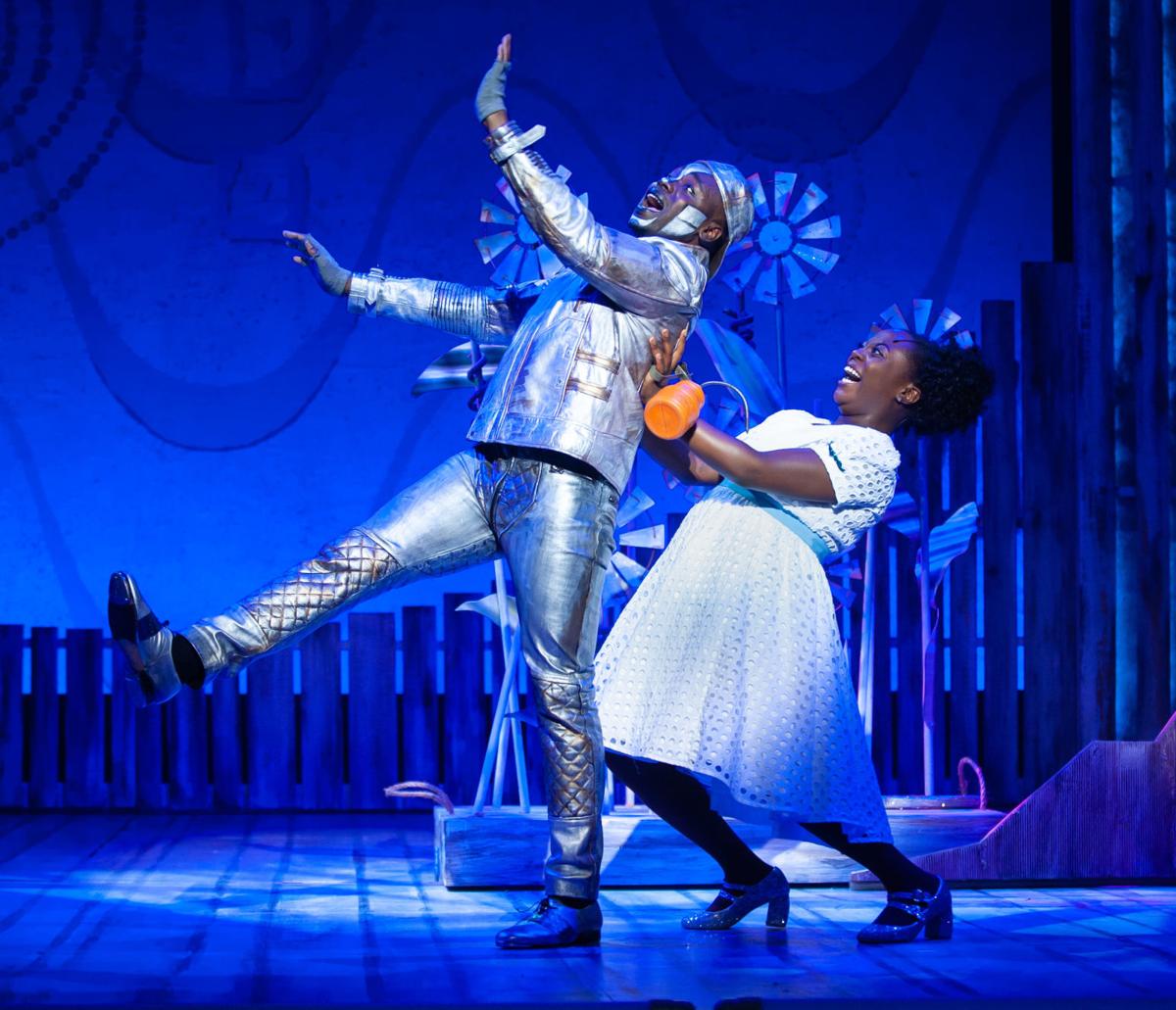 Ease on down to the November Theatre to share in the fun Mariah Lyttle (Dorothy) and cast are having with “The Wiz.”

The first tipoff we get that “The Wiz” at Virginia Rep’s November Theatre will rock us and sock us like no other musical this season comes from orchestra conductor Anthony Smith.

Even before the curtain rises, Smith and his crack musicians reach out and grab us by the throats as they spin up the show’s thundering overture with bouncy, gleeful abandon.

You can tell they are loving every minute of it. You can hear the joy and jubilation in every note and lick. And through the show’s 25 other musical numbers — like the fateful tornado that kicks off the story and aims to tear up everything in its path — they never let up.

Hang on to your hats, folks. “The Wiz” is a stunner.

Superlative on all levels and in every department, this phantasmagoric revival of Broadway’s 1975 Tony Award-winning take on L. Frank Baum’s original story “The Wonderful Wizard of Oz” stands so tall and strong that it could easily be transported lock, stock and barrel back to the Great White Way and never hear even a whisper of reproach.

Even for those of us unfamiliar with the musical or the 1978 film starring Diana Ross, Michael Jackson and other famous African American performers of the day, this “Wiz” comes at us as theatrical showmanship of the highest order, even if the musical’s light and breezy book by William F. Brown, appropriated oh-so-loosely from the many early-20th-century stage versions and the beloved 1939 film starring Judy Garland, is filled with so many double-entendres and tongue-in-cheek asides that our mouths and faces almost get stuck permanently crooked.

“The Wiz” floats along on the simple conceit that the story’s big-sky, corn-pone Kansas setting and determinedly white characters could be flipped to tell virtually the same tale from an African American and big-city point of view.

And why not? The notion that “there’s no place like home” belongs to any one of us possessing a lonely, restless, American heart. Which, let’s be honest, is all of us.

“The Wiz” deftly turns the original story inside out while hewing to the plot basics we have all come to know and love, first by setting up the familiar tornado displacement of Dorothy (Mariah Lyttle) to Oz and then introducing her, one by one, to Scarecrow, Tin Man and Lion, each of whom requires a special ingredient to become whole.

But as each character appears — and brilliantly upstages the one who came before — “The Wiz” lifts off and captures our senses in a fresh and original way that only top-flight stage talent — here a nearly all African American cast — can accomplish.

As Scarecrow, Dylan T. Jackson has a Gumby-like physicality that might cause his famous 1939 film counterpart Ray Bolger to sit bolt upright and take notice. D. Jerome Wells dispenses with actor Jack Haley’s patrician and fatalistic Tin Man in favor of his own peppery, wisecracking, silver-coated characterization. And Brandon LaReau, as Lion, steals all his scenes as an outsize, platform-shoed cat more genially narcissistic than cowardly (discerning viewers of a certain age may even detect a hint of Cesar Romero as the Joker from the 1960s “Batman” TV series).

Desiree Roots, in multiple roles that include the sour-mouthed Wicked Witch of the West, and Jerold E. Solomon as the Wizard — both brash and later humbled — add their standout singing voices to those of Dorothy and her motley trio. Jessi Johnson beautifully caps the narrative as Glinda the Good Witch.

Beyond Charlie Smalls’ original music and lyrics (no “Over The Rainbow” in this version of Oz), Kimberly V. Powers’ eye-popping scenic design, Jeanne Nugent’s incredible costuming and Paul Black’s all-but-Technicolor lighting help make “The Wiz” an all-out feast for the senses.

But the true star of “The Wiz” turns out to be director Kikau Alvaro, whose relentless pacing and fantastic choreography push the cast and the show’s immensely talented 13-member ensemble to the brink while never losing sight of humble hearts in search of their own true selves and the sadness that might be said to linger in the alienated urban soul.

In line with “The Wiz’s” sober underlying theme of race, roots and elusive economic fortune, the Wizard even comes to refer to home as “a place you leave anyway.” And “The Wiz” might wish to tell us that the path that leads to believing in our best selves and a sense of true belonging might mean leaving the past behind, even as we try our best to “ease on down the road.”

But whatever the deeper lessons to be found here, the cast, crew and orchestra of “The Wiz” are having the times of their lives bringing Broadway-caliber spectacle to the Richmond stage.

Under their raucous, magical spell, you will, too. Don’t even think about missing it.