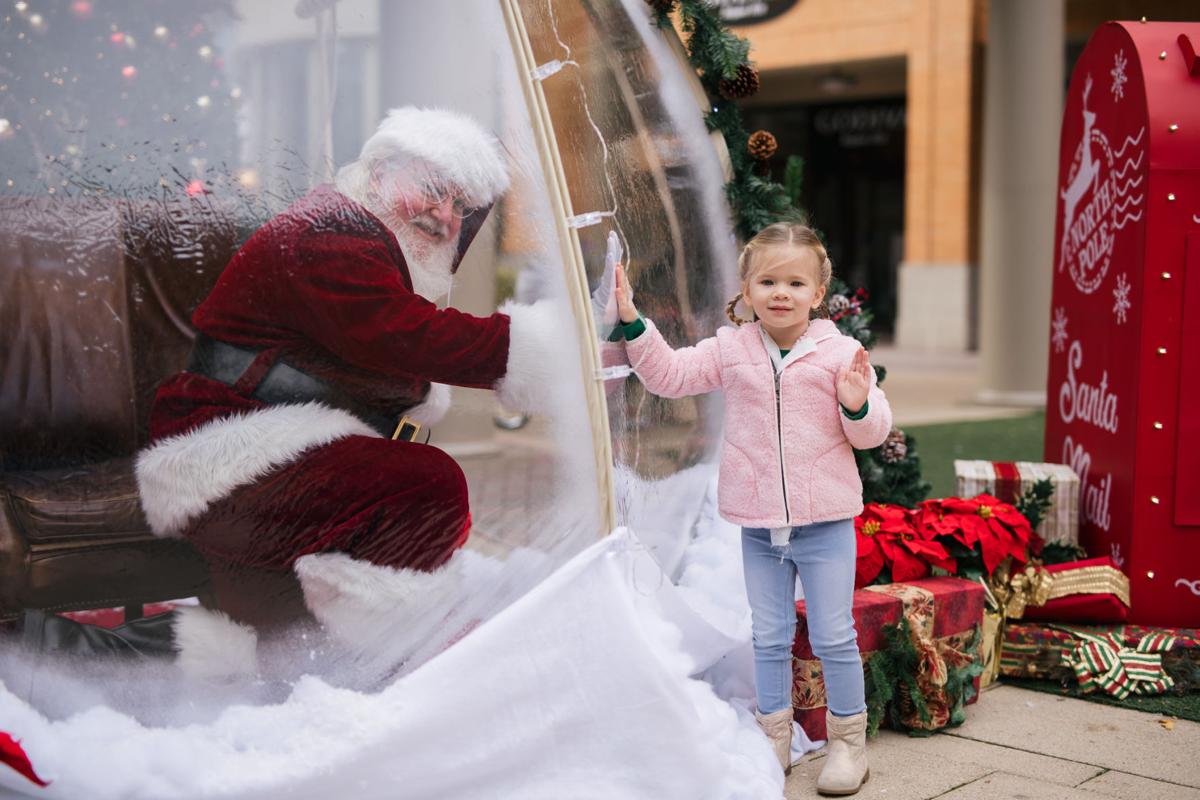 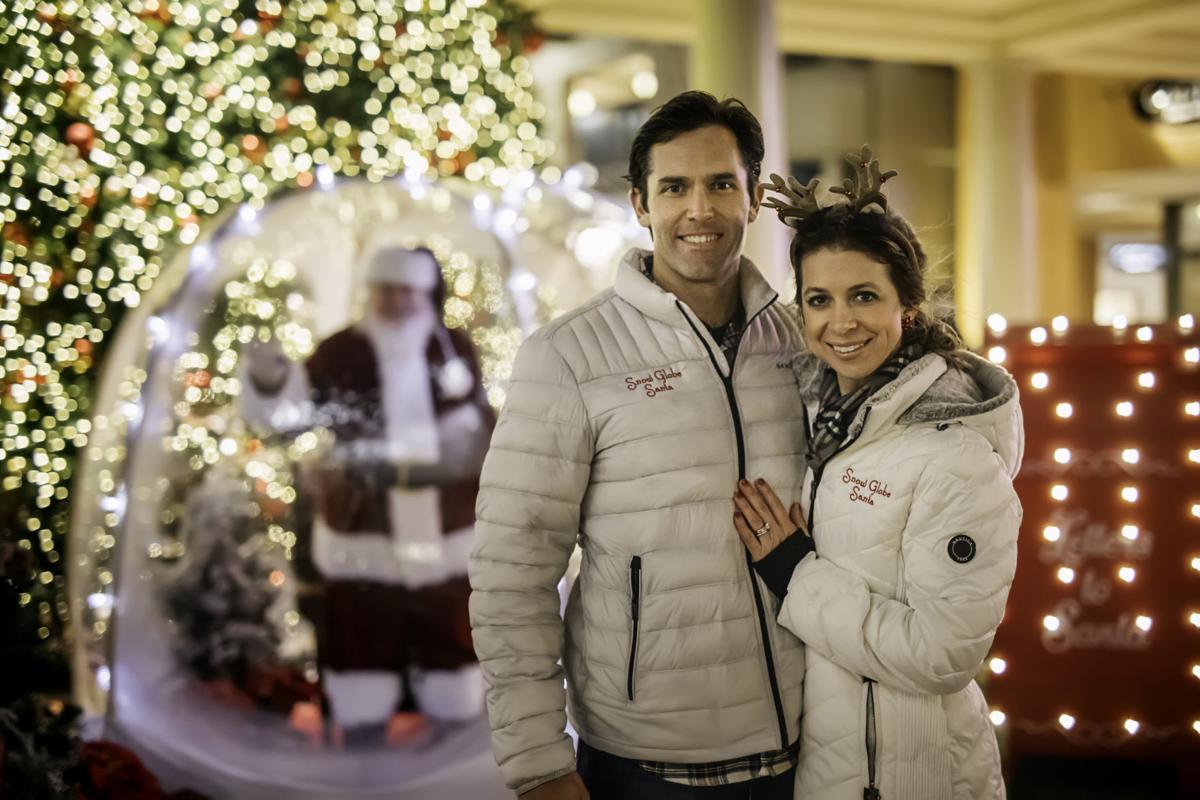 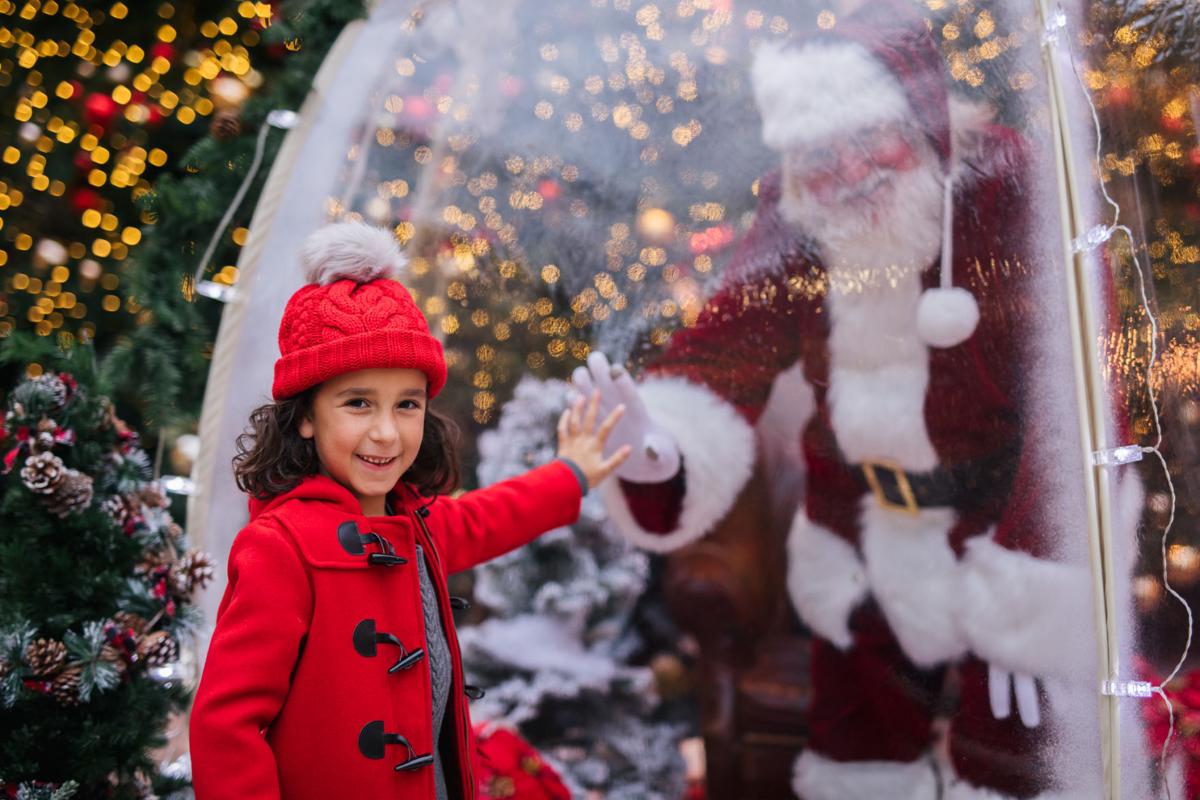 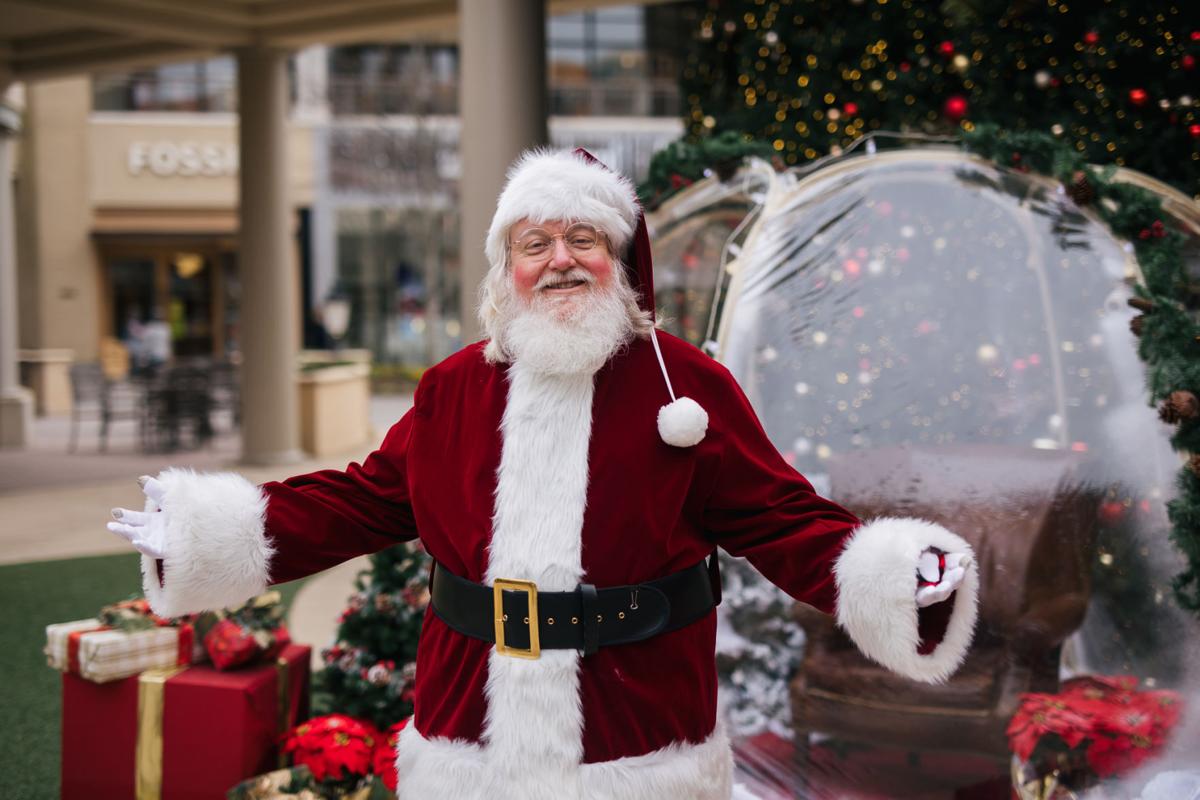 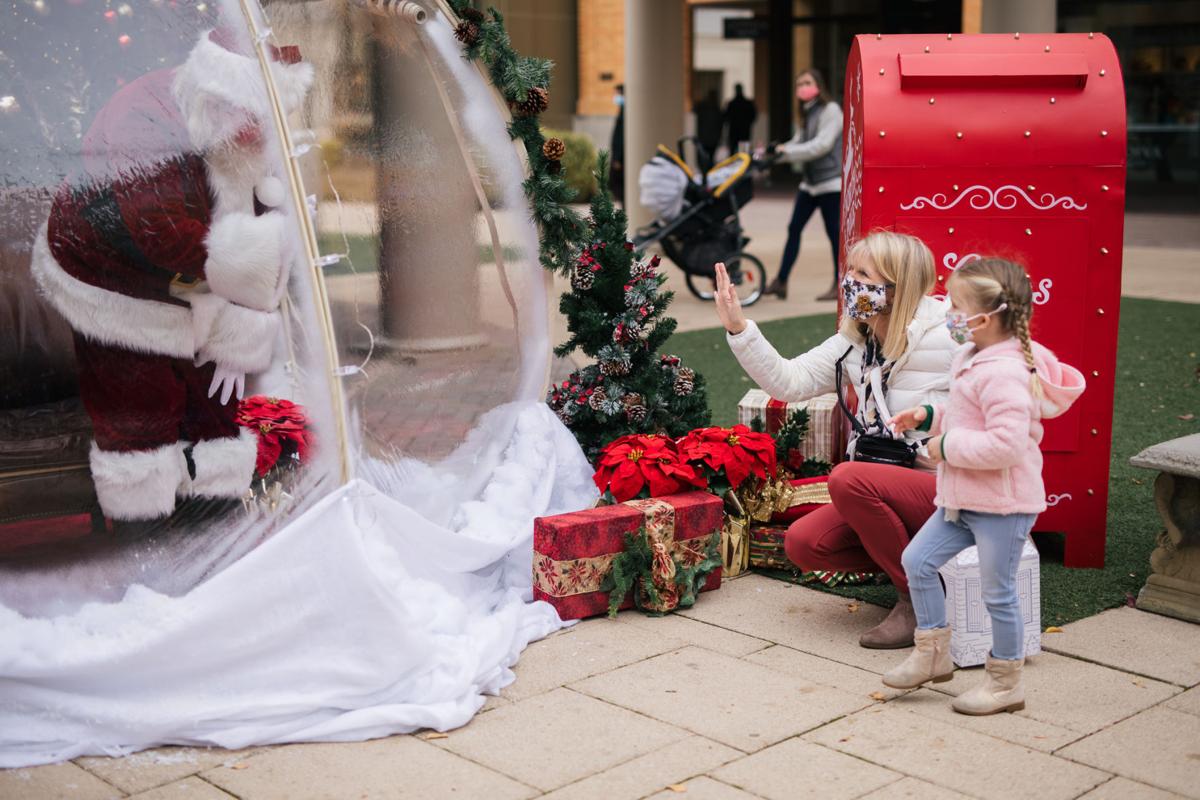 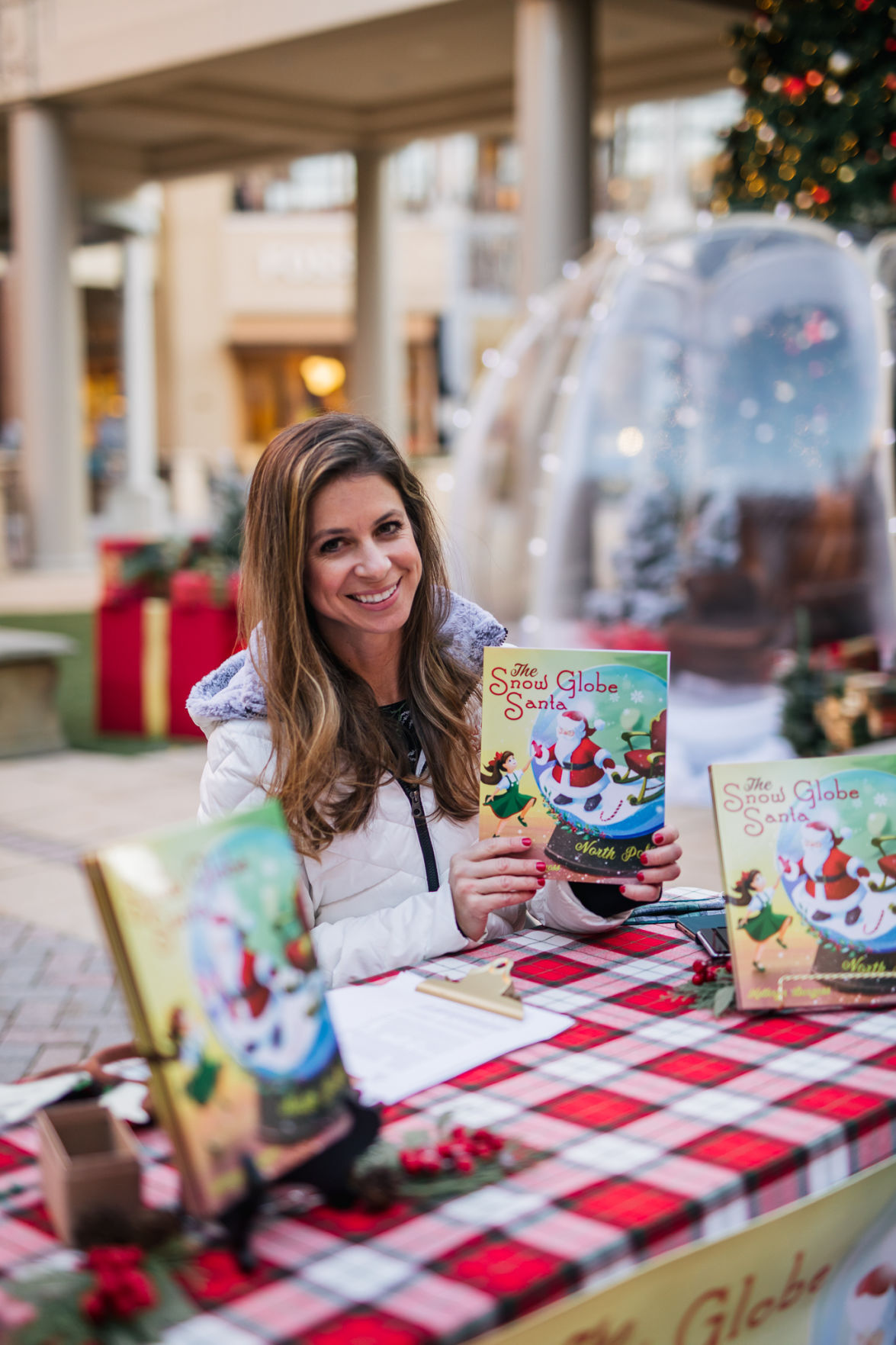 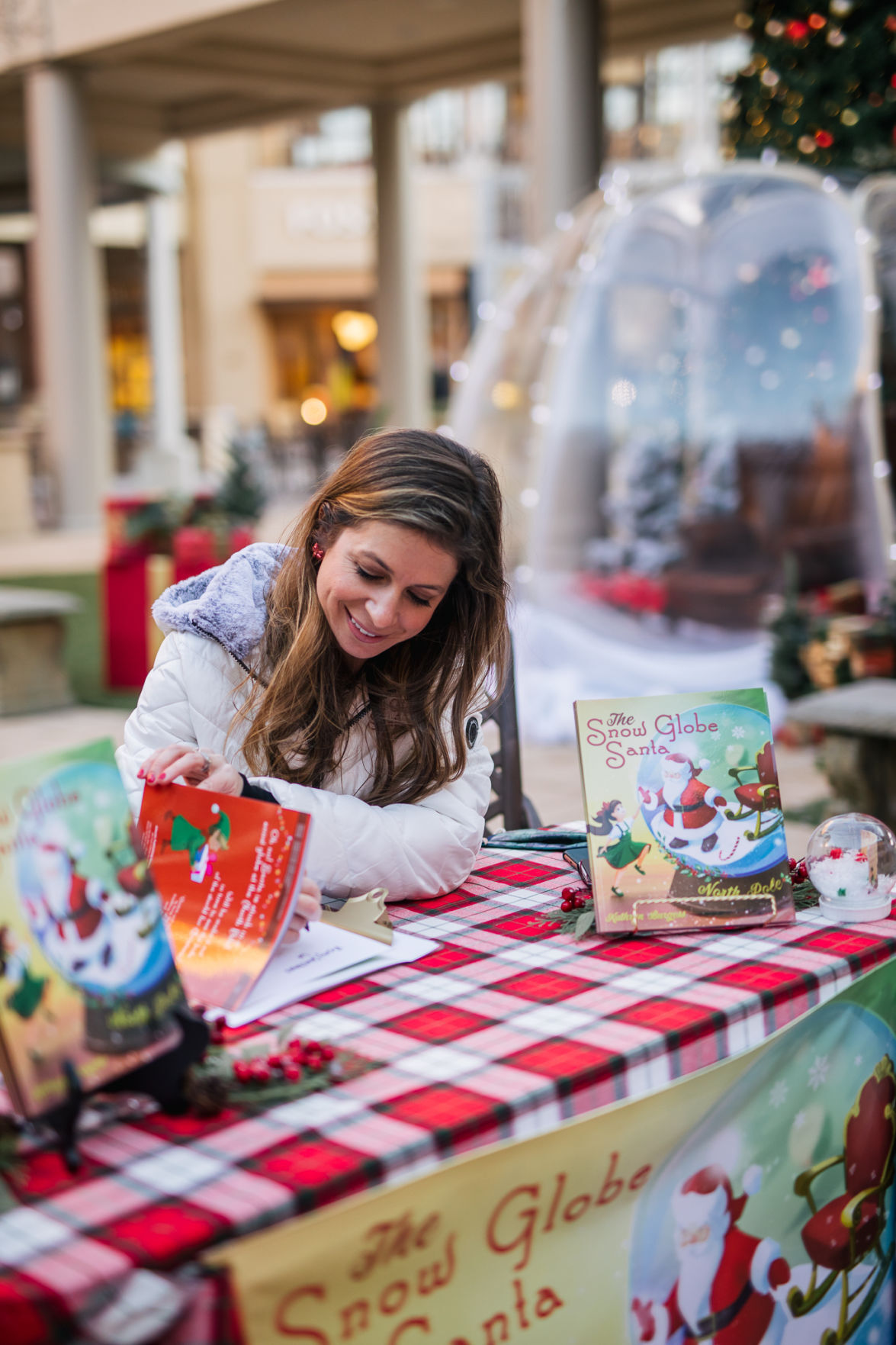 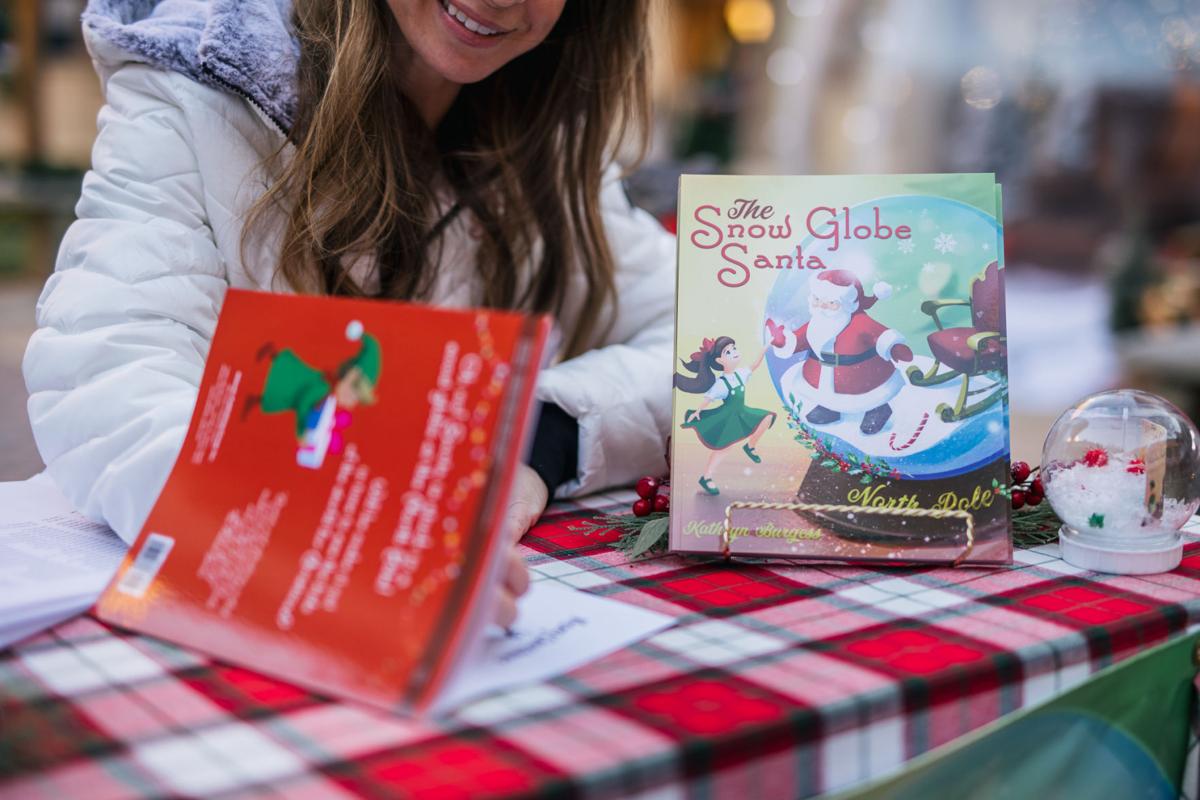 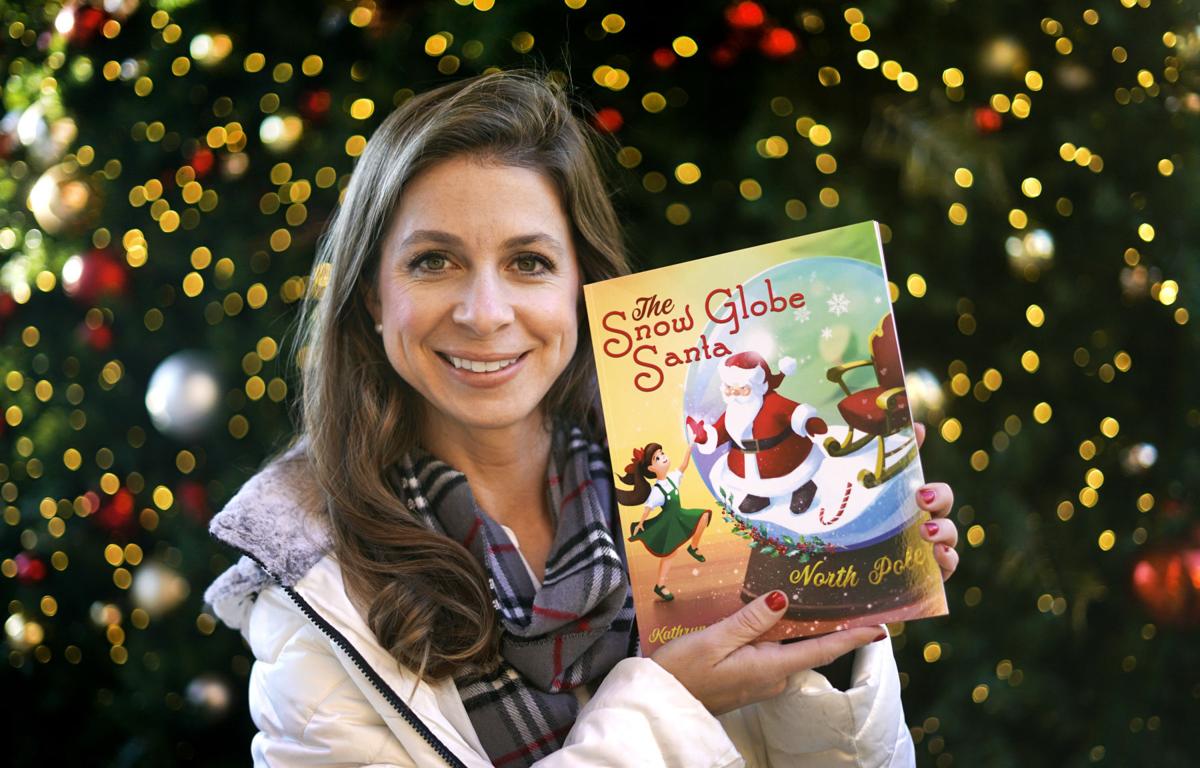 Kathryn Burgess, a Henrico County mother of three young kids, started worrying about Santa this summer. How would her kids, ages 2, 4 and 6, get to see Santa safely during a pandemic?

She had an idea: What if come Christmastime, Santa was in a clear plastic snow globe? Where he could touch hands and interact with children safely when they went to visit him this year.

“As a mother and a professional photographer, I wanted my children to be able to go up to Santa, to see him and touch his hand and tell him what they want for Christmas,” Burgess said from her home while juggling virtual school for her children. “For most parents with small children, you don’t know how much longer you will have that magic. You don’t want to lose it. But safety is number one. I wanted to creatively find a way to save these traditions.”

As a former elementary school teacher, Burgess knew that there would need to be a story that would explain why Santa was inside a snow globe this year.

So she sat down and wrote a children’s picture book about it, called “The Snow Globe Santa.” In the story, Santa gets trapped in a snow globe by an elf magician, explaining the need to visit him in a snow globe this year.

Then it was time to figure out how to physically put Santa in the snow globe. She researched many different types of transparent domes and reached out to prominent Santas to get their feedback on the idea.

Burgess called Stephen Arnold, the CEO of the International Society of Real Bearded Santas, and pitched her idea for Snow Globe Santa.

“I thought the idea had a lot of promise,” Arnold said. At 70, he has performed as Santa Claus for decades. Like most who portray Santa around the country, he was concerned about the season ahead.

“I don’t know a fellow Claus that doesn’t check every box when you go down the list of underlying medical conditions. Most of us have some kind of heart problem, we’re obese, we’re older. Beginning in March, anxiety was running high among our community,” he said.

After talking with him, she partnered with three different manufacturers nationwide to create an inflatable, pop-up, or acrylic snow globe for purchase by malls and event producers for $700 to $4,000.

And she found a publisher for her book; Atlantic Publishing Group could turn the book around quickly enough with a team of illustrators for this year’s holiday season. The book can be purchased for $19.95 on the Snow Globe Santa website or through Amazon.

Burgess trademarked the idea for the Snow Globe Santa and applied for a business method patent on visiting Santa in a snow globe, before she shared the concept with several Santa communities nationwide.

And the idea took off nationally.

Now, the in-person Snow Globe Santa can be found from 40 providers in 19 states, from Tucson, Ariz., to Santa’s Wonderland in Texas.

“Santa has survived the bubonic plague and the Spanish flu. I knew there had to be a way to preserve the magic of Christmas for our kids,” Burgess said.

“We’ve seen people get creative in a variety of ways to bring Santa to their clients or their customers,” Arnold added. Across the country, Santas have been embracing plexiglass barriers, face shields and virtual visits this year to keep the spirit of Santa Claus alive.

But what sets Burgess’ idea apart is that she created a story that explains the need for social distancing without mentioning life-threatening pandemics or COVID-19.

“Our target demographic are children. They don’t want to hear about viral spread or public health officials. They want to hear a cute story about how Santa was trapped in a snow globe by accident. I immediately fell in love with the idea,” Ric Erwin, chairman of the board of the Fraternal Order of Real Bearded Santas, said. “Kathryn Burgess is our hero this year. And I’ve been promoting the idea ever since.”

Already, the Snow Globe Santa has been featured in the New York Times and on NPR and was recently featured in a funny sketch with Jason Bateman on “Saturday Night Live.”

Last weekend, the Snow Globe Santa visited Richmond locally at Short Pump Town Center. Over 350 families were able to visit with Snow Globe Santa, express their Christmas wishes and have their photos taken. For the first time this season, Burgess brought her own kids to the event to visit Santa in his snow globe.

“They were so excited and just thrilled to be able to see Santa in his snow globe. I explained that Mom helped create the snow globe to keep them and Santa safe,” Burgess said.

At the Short Pump session, Burgess also signed copies of her book and helped out with the photos.

“It meant everything to me, to bring the experience to my own community,” she said.

This Saturday and Sunday from 1 to 6 p.m., the Snow Globe Santa will be at West Broad Village Shopping Center in partnership with Mason’s Toy Box Foundation, a virtual toy drive. For $30, families will get a socially distanced visit with Santa in his snow globe and a professional photograph. Reservations are required and are going fast. A link to available times can be found on Mason’s Toy Box Foundation’s Facebook page.

“It’s been quite the creative adventure,” Burgess said of launching her Snow Globe Santa business and seeing it take off across the country. “We wanted people to still get to experience the joy of Christmas while still feeling safe. It’s been something magical in an otherwise very stressful year.”

Lady Gaga's dog walker was shot and two of the singer's French bulldogs, Koji and Gustav, were stolen in Hollywood during an armed robbery, police said.

Pod-seating concert coming to Brown's Island in May with St. Paul & the Broken Bones

A pod concert is coming to Brown’s Island this spring.

AMC’s “The Walking Dead: World Beyond” is back in the Richmond area filming season two and looking for extras.

REVIEW: 'I Care a Lot' should scare plenty of senior citizens

“I Care a Lot” is incredibly good during its first 30 minutes or so. Then, it takes an abrupt left turn and becomes a film that doesn’t quite know what it wants to be.

Award-winning singer Stevie Wonder told Oprah Winfrey in an interview he is moving to Ghana, citing the political turmoil in the United States.

The glam was back at the Golden Globes, albeit at a distance

There was nary a pair of sweats in sight. Jason Sudeikis was the glam outlier in a tie-dye hoodie as he picked up an award remotely, saying: "Wow, do I talk now?"

'Frasier' is being rebooted, with Kelsey Grammer reprising the role 17 years after show ended

The hit 90s sitcom "Frasier" is set to return to screens, with Kelsey Grammer reprising his role as radio psychiatrist Frasier Crane in the reboot.