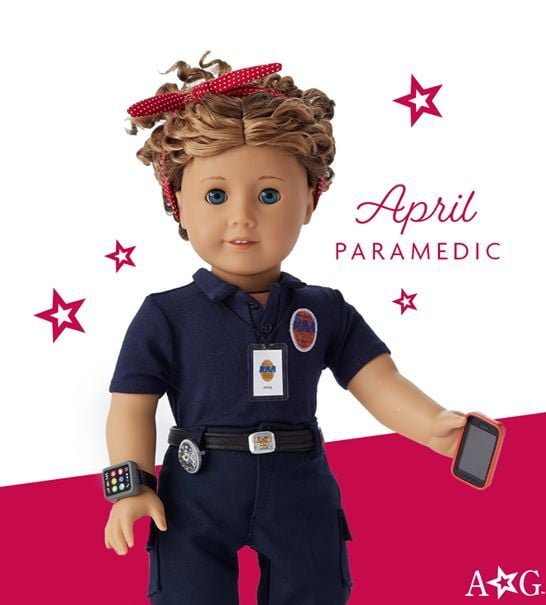 An American Girl doll was created in the likeness of April O’Quinn in uniform. 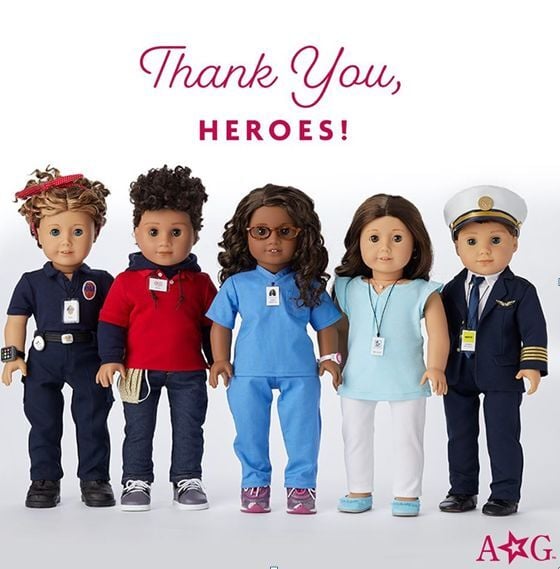 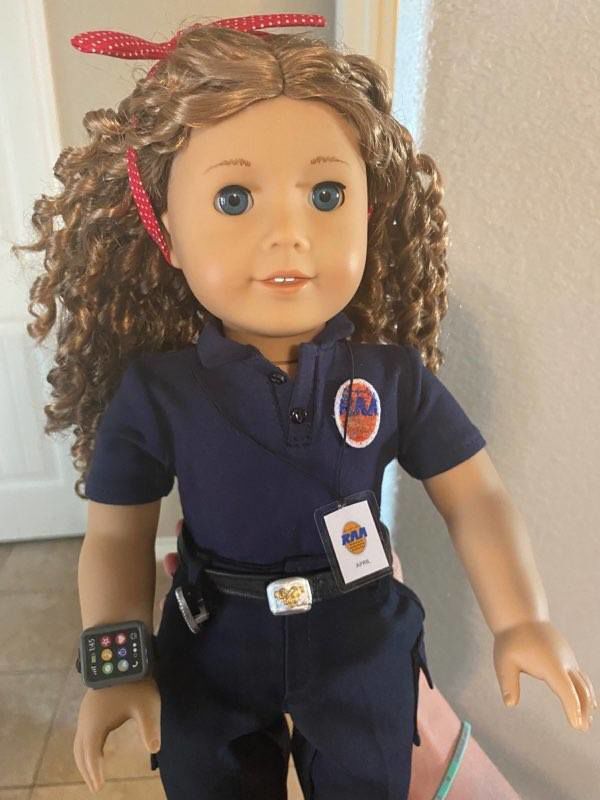 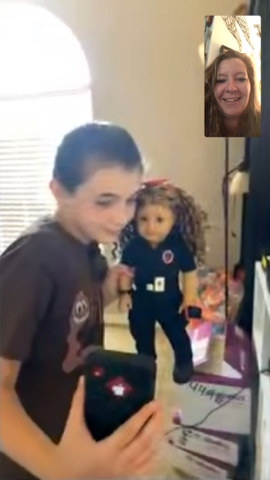 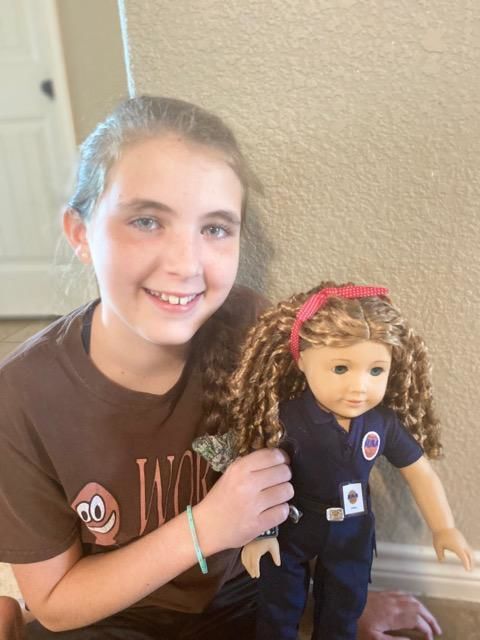 April's niece Lacey with the doll. 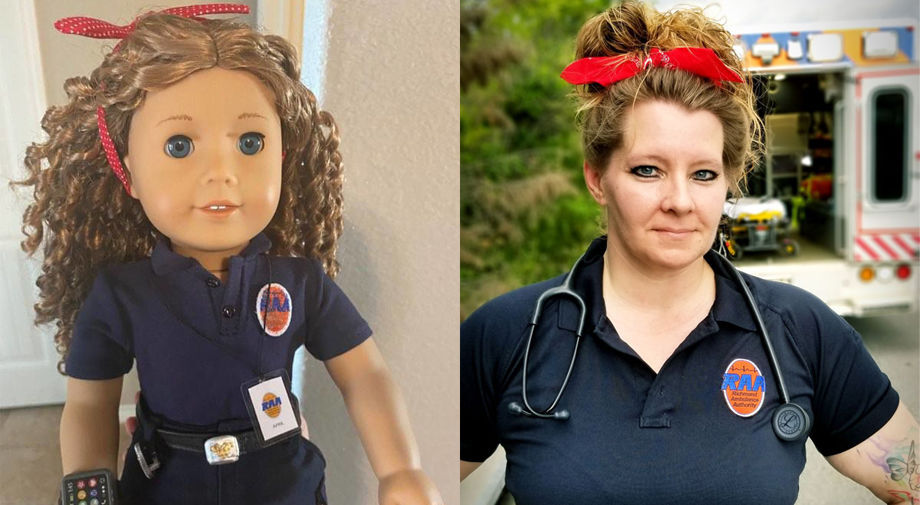 Richmonder April O’Quinn is a doll.

The Richmond Ambulance Authority EMT was one of five winners nationwide of the American Girl “Heroes With Heart” contest earlier this year. The company, which makes the popular American Girl Dolls, held the contest to honor front-line workers. Families were asked to nominate someone who’s making a difference in their lives by submitting a photo of their nominee and a written statement about how that person helped the community.

By phone Wednesday, O’Quinn said she wasn’t aware of what her 12-year-old niece was up to until after the young girl submitted the nomination. The contest opened June 8 and ended June 26. Five grand-prize winners were announced, including April O’Quinn. Lacey was notified last month, and used FaceTime to share the news with her aunt, who’s been an EMT for 15 years, the last five and a half years with Richmond Ambulance Authority.

O’Quinn said when the anticipated deadline to notify winners passed last month and they hadn’t heard anything, she and Lacey’s mother began trying to plan a way to create a doll for Lacey. They found someone to make the doll clothes and selected a doll.

But then a few days later, the notification came.

“She’s screaming and jumping and super excited,” O’Quinn said, recalling when Lacey called to tell her they’d won. “It was definitely a huge surprise.”

In a written statement, RAA CEO Chip Decker said: “We at the Richmond Ambulance Authority are so excited for April and her niece Lacey. We’re thankful American Girl held a contest to recognize our frontline heroes and are thrilled to have one of our employees represent EMS.”

O’Quinn said she tested positive for COVID-19 earlier this year and has recovered. She described her case as mild, though she missed 35 days of work.

Grand-prize winners received a custom-made American Girl doll dressed in their hero’s likeness, while those who submitted the nomination received a $200 American Girl gift card. April O’Quinn, however, sent her doll to her niece last week.

“I gave her doll,” she said. “[Lacey has] put in all this work, and even though it’s a great honor, it would mean so much more for her to have it.”

O’Quinn said she was told by her niece: “I nominated you as my hero because you are my hero.”

Even if she hadn’t won, she continued, “it was a huge honor to be recognized even by just family as a hero in their eyes.”

Frank Bonner, star of 'WKRP in Cincinnati,' dead at 79

Anthony Mackie to host the 2021 ESPYs

Anthony Mackie to host the 2021 ESPYs

Many Richmond-area events this weekend will celebrate Juneteenth, the newest federal holiday

There’s a lot to do this weekend, with a Juneteenth celebration at Dorey Park, Bruce Hornsby, Dogwood Dell’s Festival of Arts, and a new Tyran…

'That stage turned out to be my seminary'; Actor Ned Beatty, who died this week, had ties to Virginia theater

Prepare the chili: “The Office” actor who played Kevin will appear at a Norfolk Tides game next week

The chili will be both plentiful and famous next week at Harbor Park. “The Office” actor Brian Baumgartner, who played lovable, chili-making accountant Kevin Malone on the popular sitcom, will appear at the Norfolk Tides’ game against Gwinnett on June 25, the team announced. The Tides will celebrate “The Office” with multiple ways for fans to meet and have photos taken with Baumgartner, ...

The Richmond Symphony at Forest Hill Park, music and brews on Brown’s Island for a good cause, Mobile Soul Sunday and Vibefest are all happeni…

An American Girl doll was created in the likeness of April O’Quinn in uniform.

April's niece Lacey with the doll.