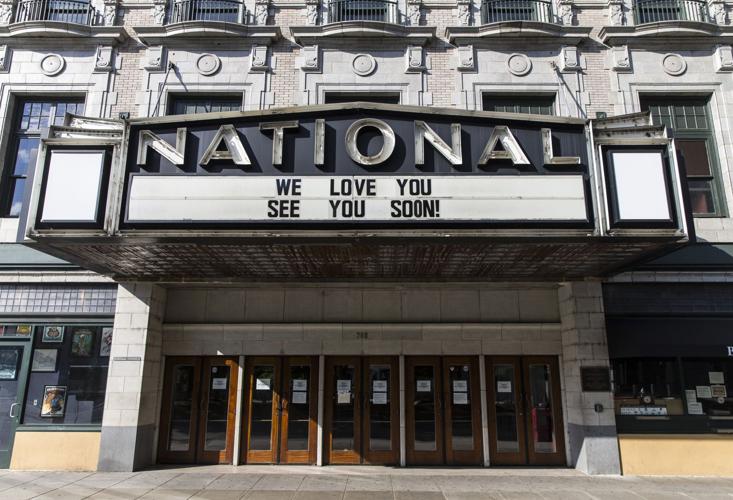 The Infamous Stringdusters canceled their three-night set at The National, citing concerns about omicron and COVID-19. 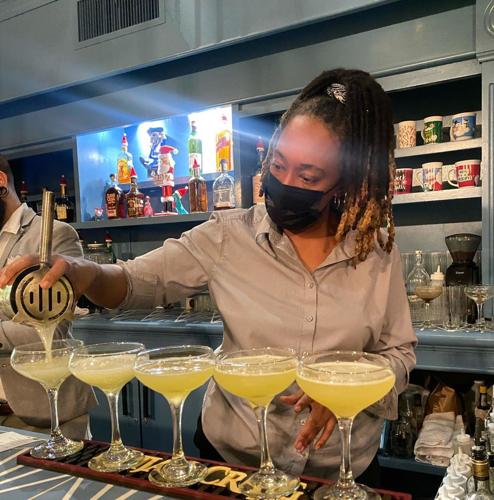 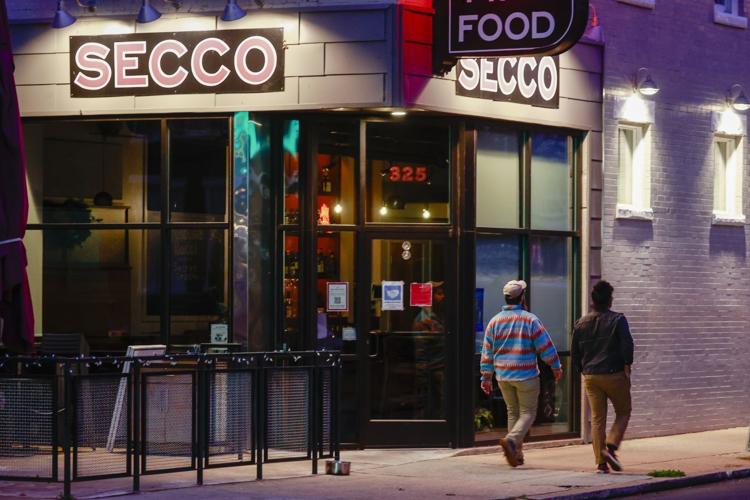 Secco Wine Bar, which started as a shop in Carytown, relocated to the Fan 12 years ago. 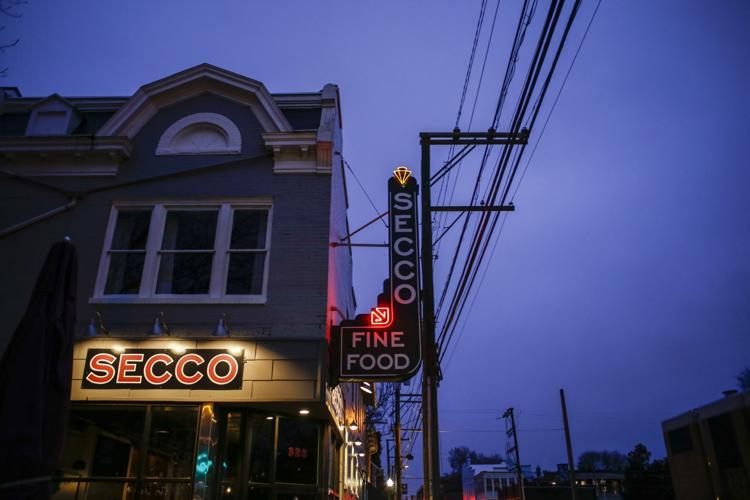 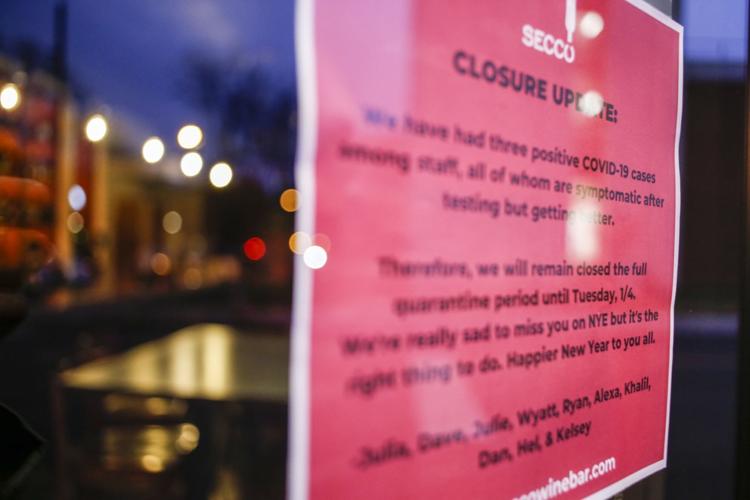 As the omicron variant continues to spread across Virginia, bringing a surge in coronavirus cases, some Richmond restaurants and bars are canceling their New Year’s Eve festivities.

Three Sheets to the Wind, the popular Richmond yacht rock band, decided to cancel its New Year’s Eve performance at The Broadberry, which has a capacity of 500.

“It came down to being the right thing to do,” said Jack Shannon, manager of the band.

“We couldn’t be sure that the proof-of-vaccination plan we had in place was going to work,” said Shannon, seeing as how people who have received two doses of the vaccine are still susceptible to infection from omicron. “We didn’t want to be part of the problem.”

On Thursday, Virginia reported 13,500 new coronavirus cases, a record number for the second straight day. There were 12,122 new cases reported on Wednesday.

Hardywood Craft Brewery canceled its Bubbly & Brews NYE Bash at the Ownby Lane location this week, due to rising cases amid the omicron variant.

Secco, the popular wine bar in the Fan, decided to close its doors this week and nix its New Year’s Eve prix fixe event when three staff members tested positive for COVID-19. All the staff members are symptomatic but getting better, according to a post on Secco’s Facebook page.

“We’re really sad to miss you on NYE but it’s the right thing to do,” the post read. The wine bar plans to reopen on Tuesday.

The Infamous Stringdusters canceled their three-night set at The National, citing concerns about omicron and COVID-19. They rescheduled their “New Year’s Eve event for the ages” for a year from now.

The Quirk Hotel’s lobby bar will be closed to the public on New Year’s Eve due to staffing shortages, according to a post on its Instagram page.

“We will be using our limited resources to accommodate our hotel guests only,” the Lobby Bar posted on Instagram.

Other venues will be moving forward with their New Year’s Eve plans, such as The Tin Pan’s New Year’s Eve dinner and music from D.C. cover band The Real Geniuses.

Lisa Harrison, co-owner of the intimate Henrico County music venue, said, “At this time, New Year’s Eve will be celebrated and [we’re planning] fun for all at the Tin Pan.”

The Tin Pan is expecting roughly 100 patrons for New Year’s Eve, with a few tickets still available. Normally, the Tin Pan, at 8982 Quioccasin Road, can seat up to 220 people, but it has been keeping capacity lower for social distancing.

Many restaurants are still planning to host their New Year’s Eve special dinners, such as JewFro, the Jewish and African fusion spot at 1721 E. Franklin St., which will be hosting an interactive pre-fixe dinner to ring in the new year.

Havana 59’s New Year’s Eve Fiesta is still going full-steam ahead with a “The Great Gatsby at Havana 59” theme at 16 N. 17th St. complete with hors d’oeuvres, dancing, music and a toast at midnight.

“Kabana’s rooftop has been the highest in-demand event. People seem to be comfortable that the rooftop is outdoors,” said Kunal Shah, a spokesperson with the restaurant group. Kabana is hosting a black tie affair at $50 per ticket. Shah said the restaurant reduced ticket sales for social distancing. Tickets are still available as of this writing.

If you are planning to head out for New Year’s Eve, be sure to check all websites or call ahead as protocols and decisions are changing rapidly.

Just in time for patio weather, tropical drinks and eats have arrived in Rocketts Landing.

When heiress and influencer Nicky Hilton Rothschild tasted a Nightingale Ice Cream Sandwich in the Hamptons, N.Y., and Instagram messaged the …

Restaurant review: Black Lodge is the coolest underground party I’ve never been to

Should you find yourself in the doorway of a dark and empty coffee shop in Scott’s Addition, you’re in the right place. Step inside; the super…

In trying to come up with a way to properly celebrate its upcoming 50th anniversary, Virginia Opera sought to commission an opera, one that al…

Dominion Energy Riverrock returns to Richmond's riverfront this weekend: What to see and do

Dominion Energy Riverrock returns in person to Brown’s Island for the first time since 2019, starting Friday and continuing through the weeken…

UPDATE: The livestream has ended.

Lawyers for Johnny Depp have questioned the truthfulness of Amber Heard’s claim that Depp sexually assaulted her with a liquor bottle. Heard was cross-examined Tuesday after her testimony in Depp’s libel suit against her. Depp is suing Heard in Virginia over a 2018 op-ed piece she wrote describing herself as “a public figure representing domestic abuse.” Depp’s lawyer questioned Heard about a variety of incidents in which she says she was assaulted by Depp. Questioning was particularly intense over a 2015 fight the couple had in Australia. It was during that fight that Heard says she was sexually assaulted. Depp says he was the victim and that he lost the tip of his finger when Heard threw a bottle at him.

Listen to Streamed & Screened: It's a slow period between blockbusters "Dr. Strange" and "Top Gun: Maverick," but "Men" shouldn't disappoint.

'I was scared': Amber Heard's sister says Johnny Depp laughed as he held a dog out of a car window

Lizzo lands HBO Max doc about her rise to superstardom

Lizzo lands HBO Max doc about her rise to superstardom

The Infamous Stringdusters canceled their three-night set at The National, citing concerns about omicron and COVID-19.

Secco Wine Bar, which started as a shop in Carytown, relocated to the Fan 12 years ago.