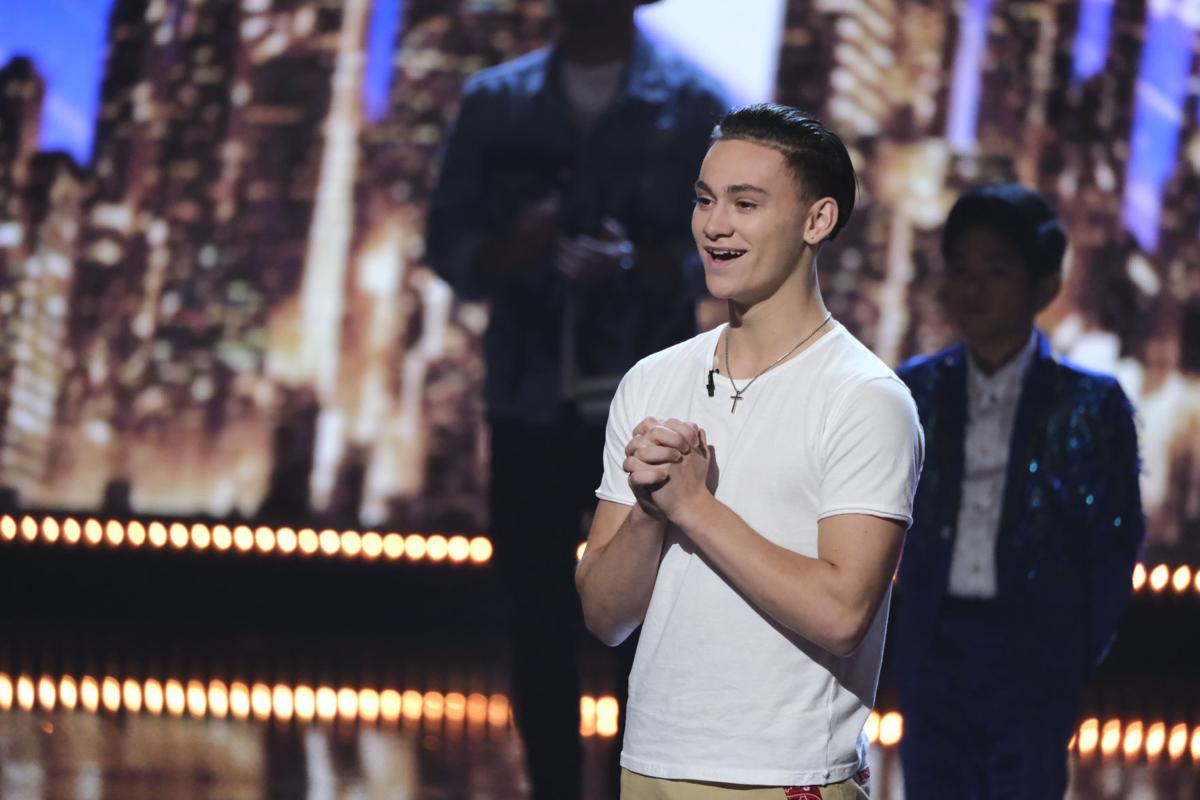 Aidan Bryant, 16, reacted to the results in Tuesday’s episode of “America’s Got Talent.” He will next perform on Sept. 14. 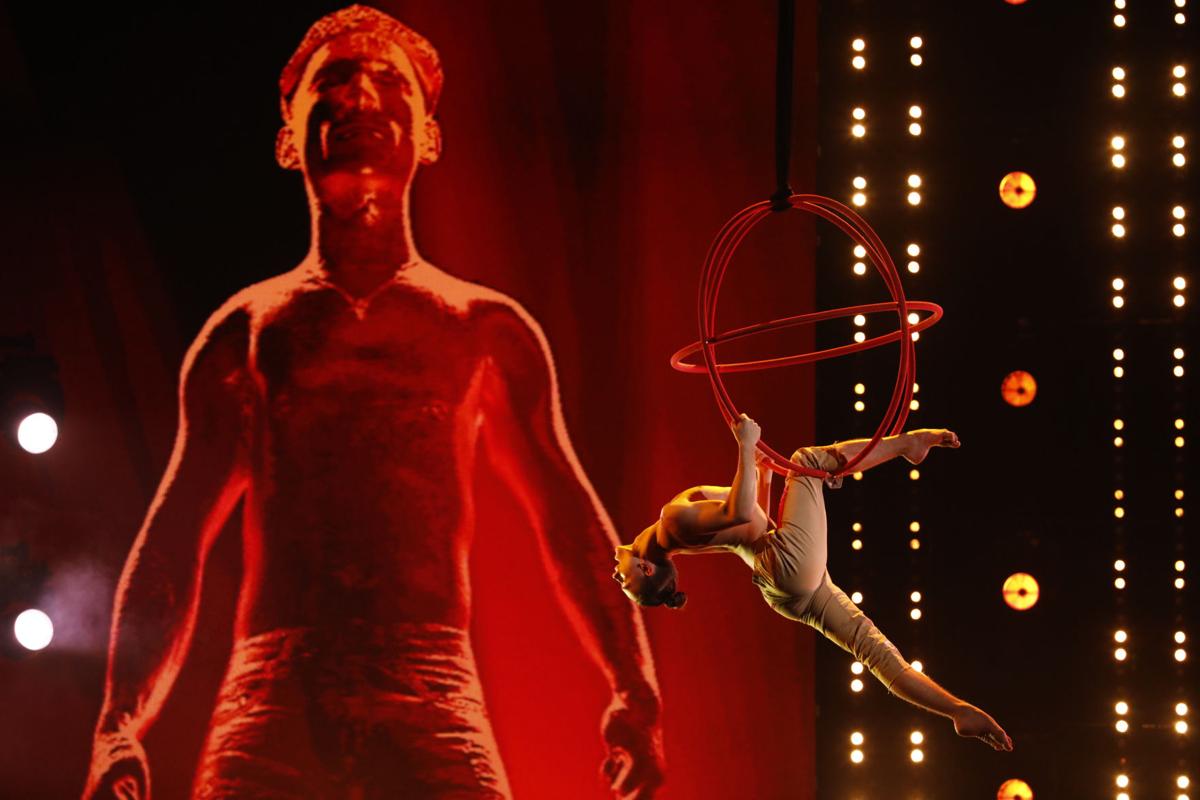 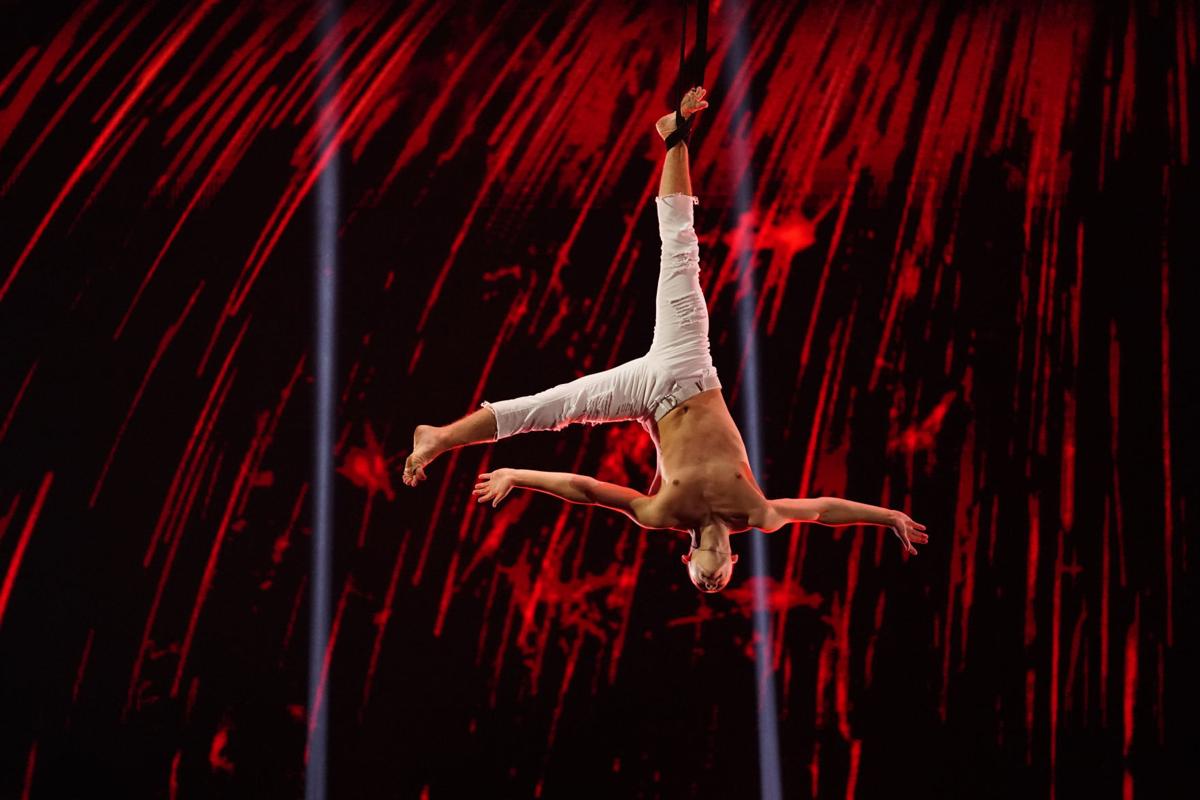 Aidan Bryant, from Prince George County, has advanced in NBC’s “America’s Got Talent.” 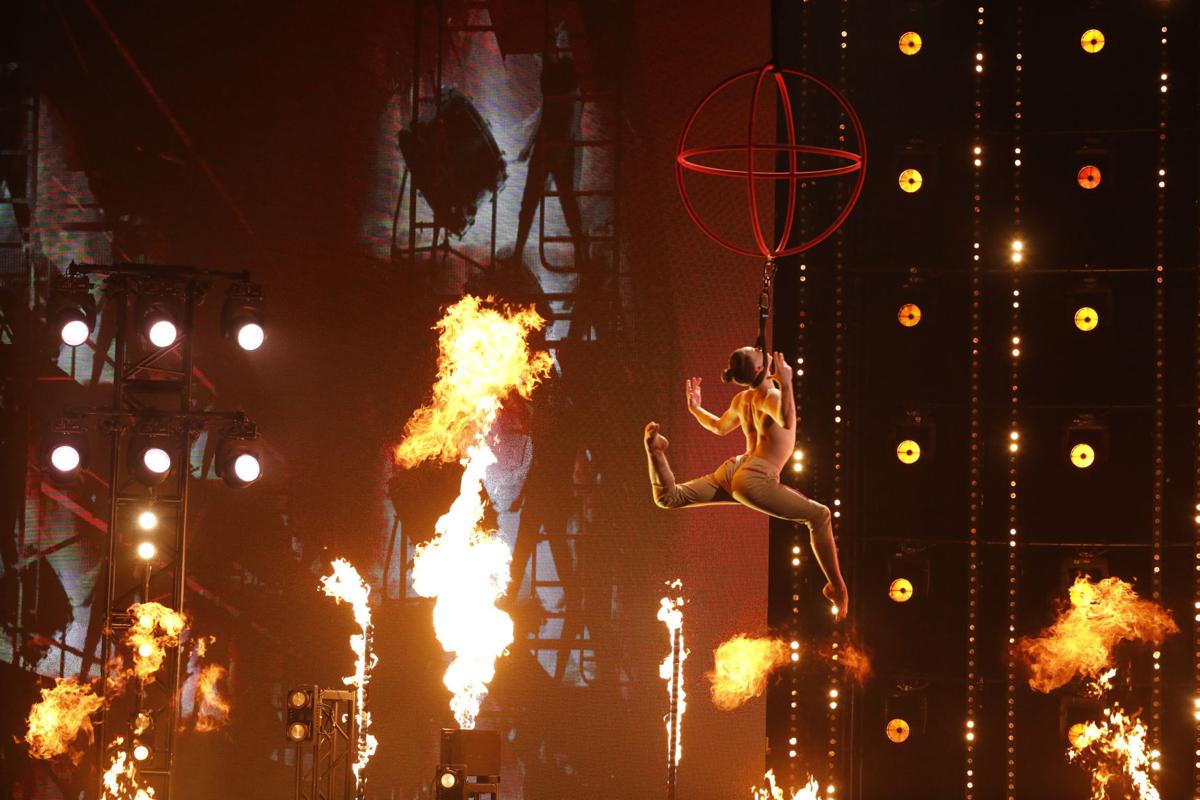 Aidan Bryant, a rising junior at Prince George High School, competed in the semifinals of “America’s Got Talent” on Tuesday. His performance can be see on YouTube. 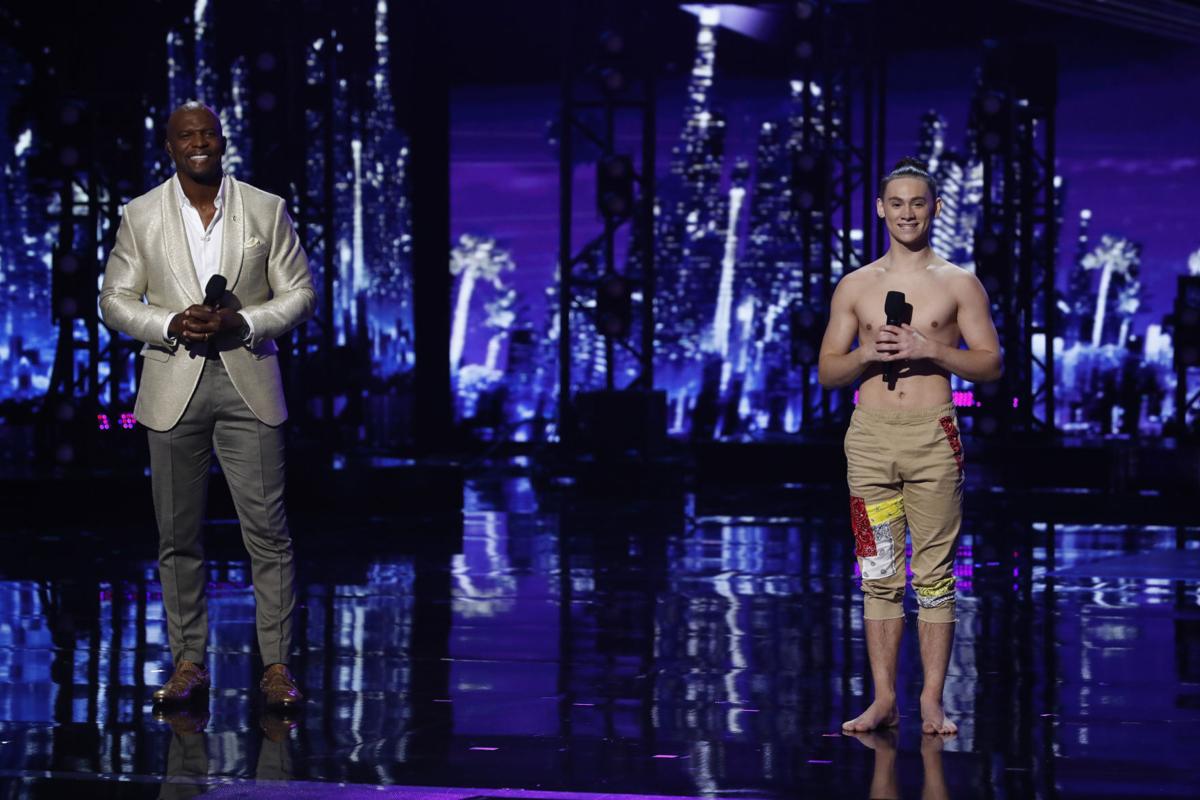 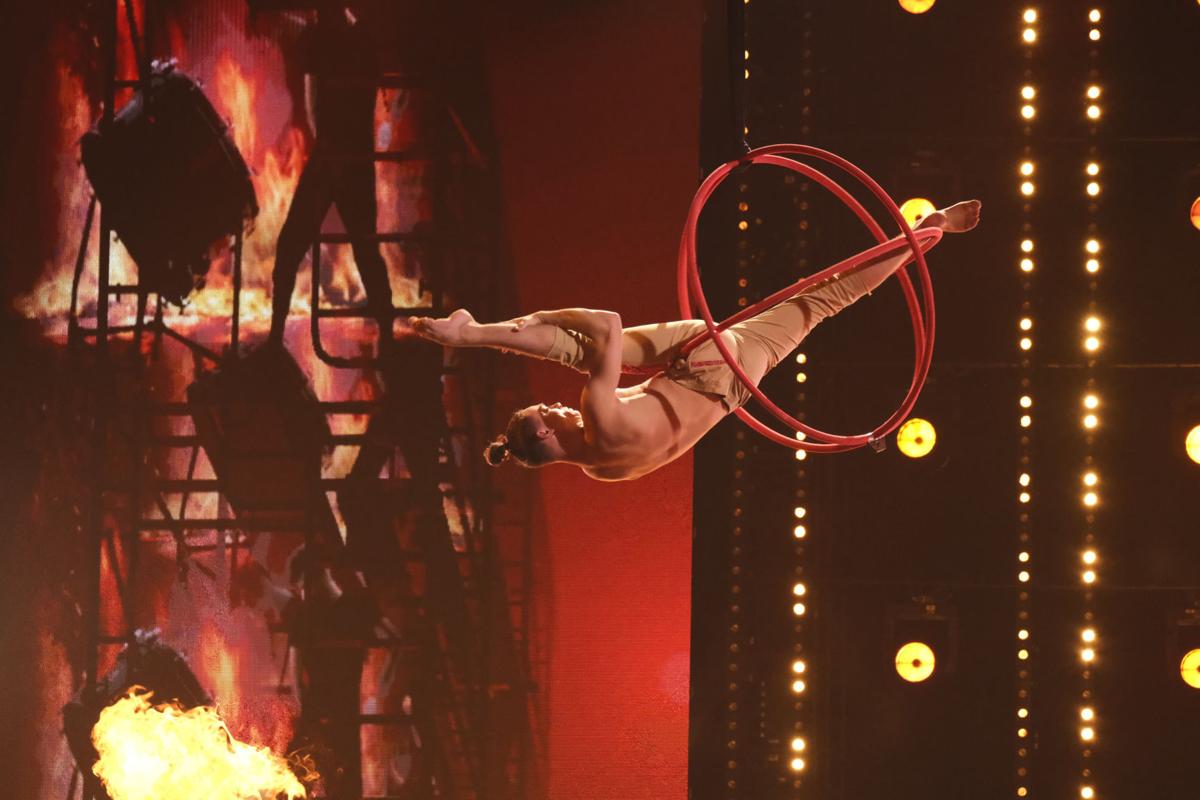 He’s one of 10 finalists who will compete to win the $1 million grand prize and a residency at The Luxor in Las Vegas.

Two years ago, Bryant was inspired by a YouTube video of pop music star Pink performing her aerial routine at a concert.

“I went into my grandma’s closet, found a sheet, put two straps on it, got a ladder and hung up it in a tree in the garden,” Bryant said.

He started learning the basics of aerial performance and doing flips, turns and inversions. As an aerialist, Bryan performs acrobatics high above the ground with different apparatuses like silks or trapezes.

As he got better, the family invested in an aerial rig — a freestanding structure used to suspend an aerialist — and Bryant continued to improve. To get up on it, his mother helped him with the use of a golf cart.

In addition to being an aerialist, Bryant is also now a rising junior at Prince George High School.

“I’ve watched ‘America’s Got Talent’ all my life. It was my dream to be on it and perform in front of the judges,” Bryant said earlier this summer.

His semifinal performance that won over the judges on Aug. 31 can be found on YouTube.

BTS 'emotional beyond words' for live concerts in LA

BTS 'emotional beyond words' for live concerts in LA

The secrets to winning the Great Christmas Light Fight

When contestants discover they’ve won “The Great Christmas Light Fight,” they’re not pining to see that “bag of money,” as host Carter Oosterhouse puts it. “They want the trophy.”

Worth Watching: Reba and Jimmy Fallon Join the Christmas TV Celebrations, The ‘Cusp’ of Adulthood, Enroll in the ‘School of Chocolate’

What goes well with Thanksgiving leftovers? Christmas TV, apparently, which goes into overdrive with classic holiday specials and new offerings.

Growing up in Richmond, Bria Henderson would spend her summers home from college working alongside her mother at the Richmond Department of Mo…

On a busy Thanksgiving Eve, streaming options are plentiful, including the latest Marvel series (Hawkeye), a rare detour into drama for Kevin Hart and much more.

Two documentaries, "Black and Missing" and "Murdered and Missing in Montana," break the true-crime mold and instead highlight cases of Black and Indigenous women who've gone missing.

Grace Ryan, the co-owner of a home staging company, returns to her hometown to be with her family for the Christmas holiday. The Ryans, seasonal holiday decorators, are competing in the annual Bright Nights contest for the opportunity to not only secure a lucrative contract to decorate every municipal building in town next season, but also a substantial cash prize. With Grace's father's furniture business on the ropes financially, this prize could turn his fortunes around. But they will have to compete against Mr. Ryan's ex-business partner-turned-arch-nemesis Frank Sotto and his family, as well as a tech-heavy newcomer. As Grace reunites with her childhood friend, Tony Sotta, Frank's handsome son, they realize the only chance the families have to defeat the new tech-heavy company is to team up. Can the two families put aside their differences to work together towards a common goal, and possibly mend a decadesold feud?

'Emily in Paris,' 'The Witcher,' 'Cobra Kai,' and more arrive on the streaming platform this month.

Supply-chain woes are this year's Grinch. But TV is overstocked with holiday specials and rom-coms — including the Food Network's first movie and the rebranded GAC Family channel's Christmas debut.

Aidan Bryant, 16, reacted to the results in Tuesday’s episode of “America’s Got Talent.” He will next perform on Sept. 14.

Aidan Bryant, from Prince George County, has advanced in NBC’s “America’s Got Talent.”

Aidan Bryant, a rising junior at Prince George High School, competed in the semifinals of “America’s Got Talent” on Tuesday. His performance can be see on YouTube.