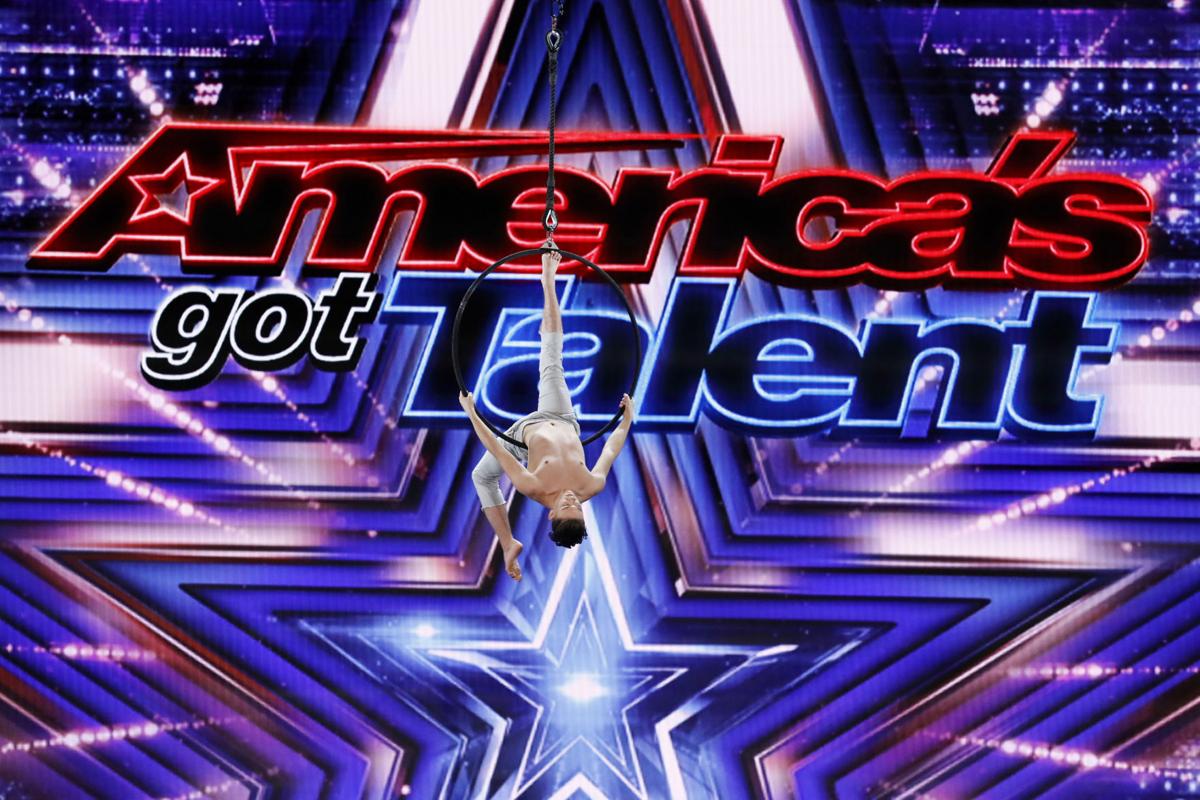 Aidan Bryant, a 16-year-old aerial performer from Prince George, is scheduled to appear on NBC’s “America’s Got Talent” at 8 p.m. Tuesday. 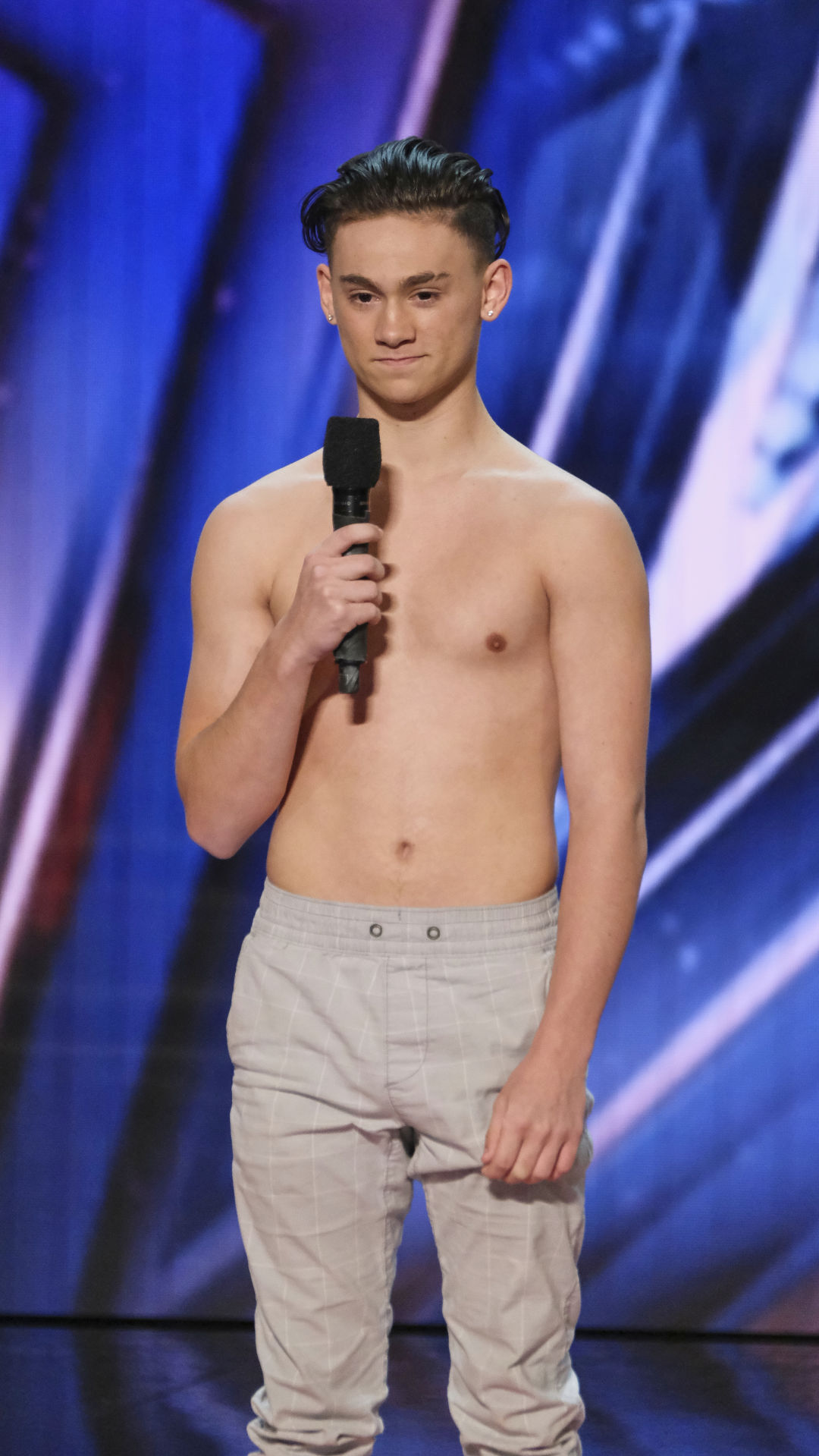 When Aidan Bryant was 14 years old, he got inspired by a YouTube video of pop music star Pink performing her signature aerial routine at a concert.

“I went into my grandma’s closet, found a sheet, put two straps on it, got a ladder and hung up it in a tree in the garden,” Bryant, now 16, said from his home in Prince George.

He started doing flips, turns, inversions and learning the basics of aerial performance.

Now, he will be taking his aerial talent to the season premiere of “America’s Got Talent” on Tuesday.

“I’ve watched ‘America’s Got Talent’ all my life. It was my dream to be on it and perform in front of the judges,” Bryant said.

An aerialist is a person who performs acrobatics high above the ground with different apparatuses like silks or trapezes. After learning the basics with a bedsheet, his mother bought him his first silk — the long, nylon aerialists use — for Christmas.

“It took me a while to get used to it. I started finding different ways to get on and off it,” Bryant said.

He slowly built his repertoire and learned new tricks, like how to do an 18-foot drop.

“You wrap the silk around your body and windmill down with your arms and legs out, twirling down,” Bryant said. “It’s fun,” he added. “I really like the heights. Before aerial, I was afraid of heights.”

“He had a pretty good sense of what he could and couldn’t do,” said his mother, Pam Bennett. “If he practiced anything too dangerous, he’d start out low to the ground. He was really good at breaking out bigger moves into smaller moves and working up.”

As he got better, the family invested in an aerial rig, a freestanding structure used to suspend an aerialist, and Bryant continued to improve. To get up on it, his mother helps him with the use of a golf cart.

“I hook a rope up to the golf cart. She goes back and I go up,” Bryant said. Before that, they used a riding lawnmower to raise Bryant 18 to 20 feet in the air to perform his stunts.

Bryant sent a tape of himself performing to “America’s Got Talent” and auditioned for the show via Zoom. In April, he was flown to California with his mom to audition in front of judges Simon Cowell, Sofia Vergara, Howie Mandell and Heidi Klum.

“When I looked at the four judges, it was very scary,” the 16-year-old said. “But I was confident that I could win the judges over and show them something different.”

His mom describes her son as “an entrepreneur” rather than an athlete.

“He’s very creative and crafty,” Bennett said. At a young age, he started making rainbow loom bracelets and would sell them at farmers’ markets. Then he started making infinity lights — self-assembled lamp shades made up of quadrilateral, interlocking pieces — that he would sell at craft shows.

“He’s always had hobbies that he enjoyed that he tries to make money off of and build his career,” Bennett said. “And now he has this talent.”

Bryant’s social media accounts of his performances are on TikTok and Instagram: (@aidanb.ryant)

As for the future, Bryant said he hopes to take his aerial talent and perform all over the world. But first, he’s planning to watch the premiere of “America’s Got Talent” from his living room on Tuesday.

Queen Elizabeth II Zoomed with Prince George on his birthday

Country Star Luke Combs Paid For The Funerals Of 3 Men

Country Star Luke Combs Paid For The Funerals Of 3 Men

Everything you need to know about the 2021 Emmy nominations

Here's a look at diversity, firsts and more facts from the Emmy nominations announced this past week.

If you have no clue who “Ted Lasso” is, now might be the time to learn.

While it features a character from 'American Gods,' it's a stand-alone story, not a sequel or spin-off.

'Wellington Paranormal' could be a portal to stardom for show's actors

Who do you get to play paranormal inspectors?

Eight Emmy hopefuls you may not have considered

The Emmy nominations always turn up shows that may not have grazed your screen. Like “Bo Burnham: Inside,” they bear watching before the awards are given out Sept. 19 on CBS.

Aidan Bryant, a 16-year-old aerial performer from Prince George, is scheduled to appear on NBC’s “America’s Got Talent” at 8 p.m. Tuesday.