Ashland mother of four appears on 'Naked & Afraid' again, this time spending 40 days in Africa
0 Comments
Share this
1 of 5 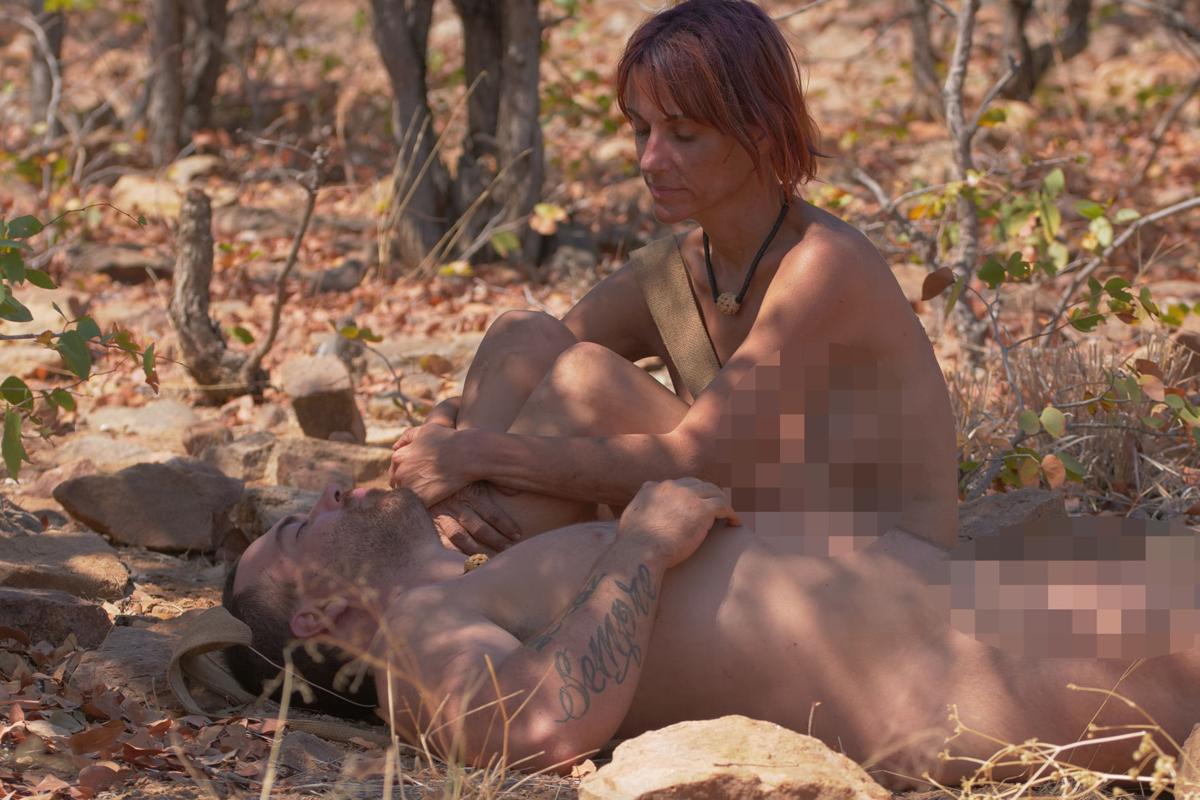 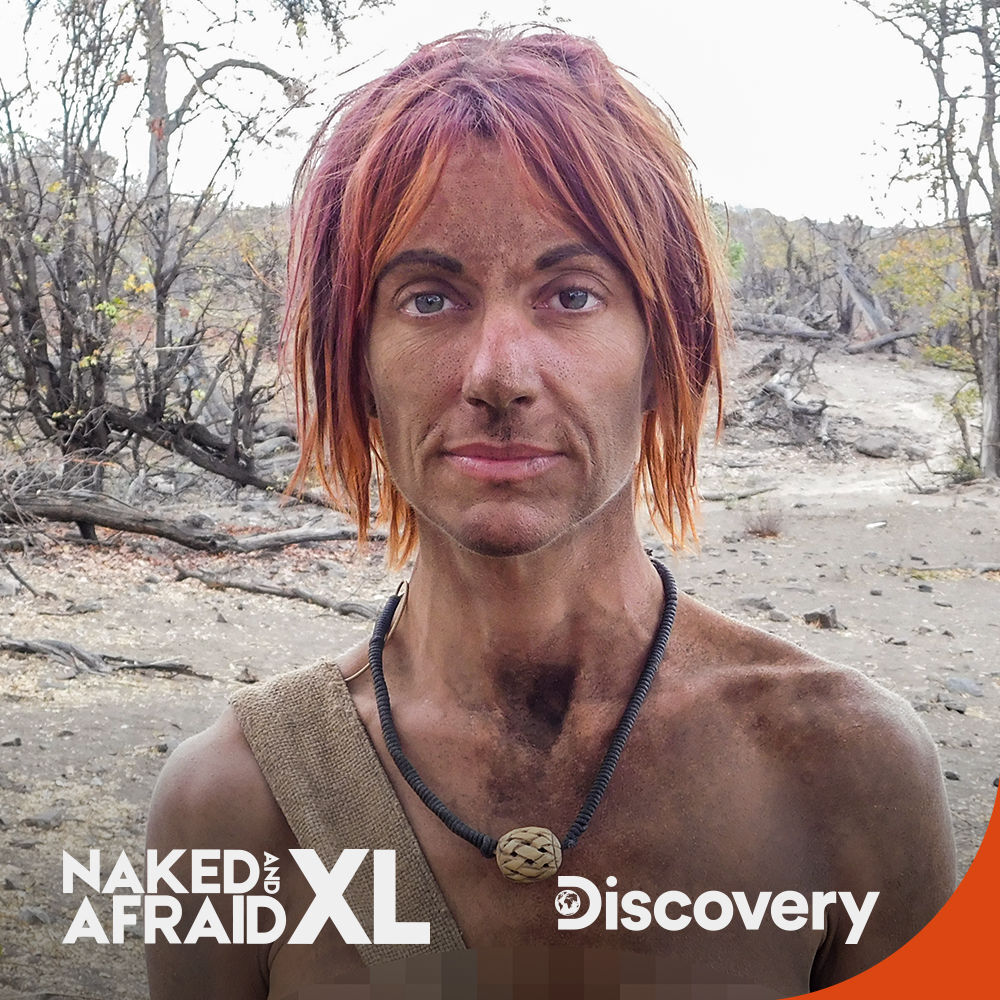 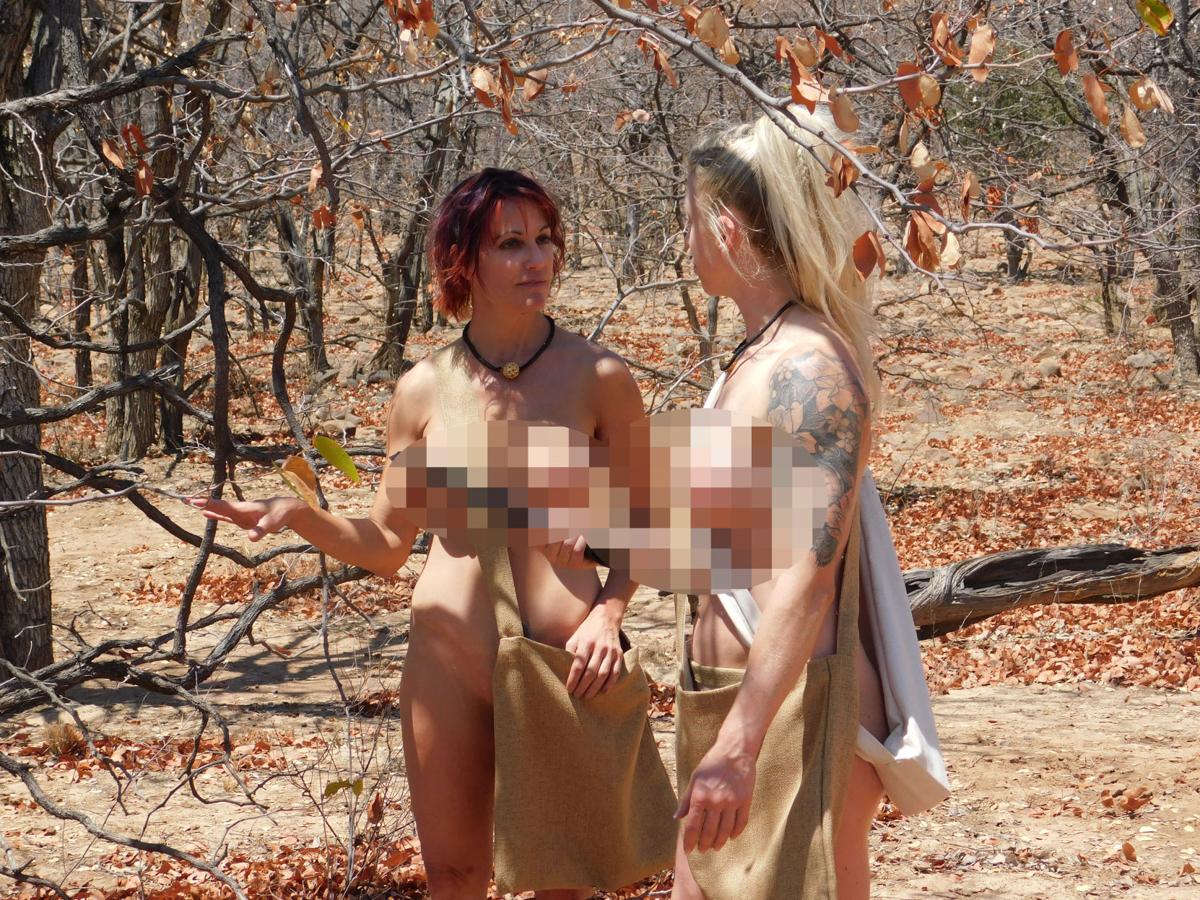 Dawn and Suzanne get their tools 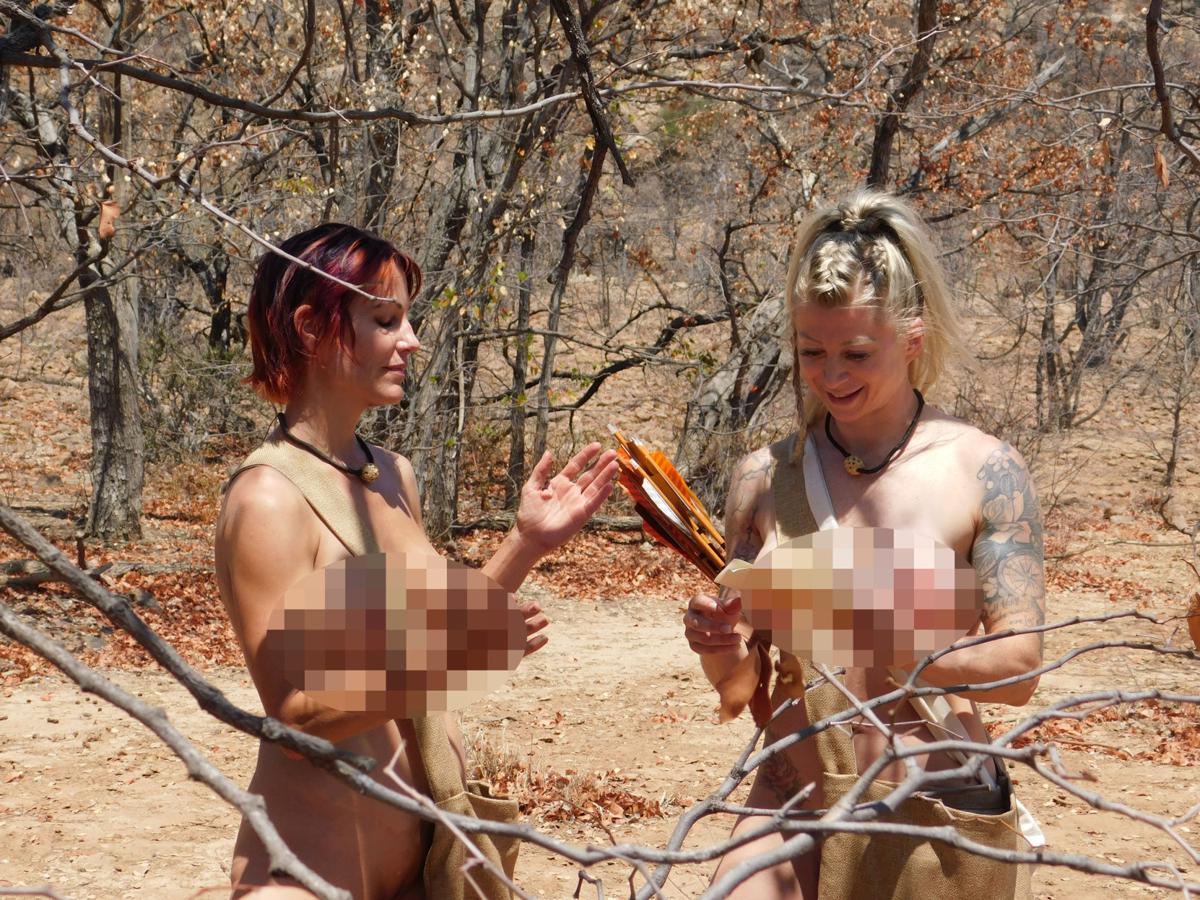 Suzänne Zeta (left) competed in a 40-day challenge in Africa for the Discovery Channel’s “Naked and Afraid XL.” 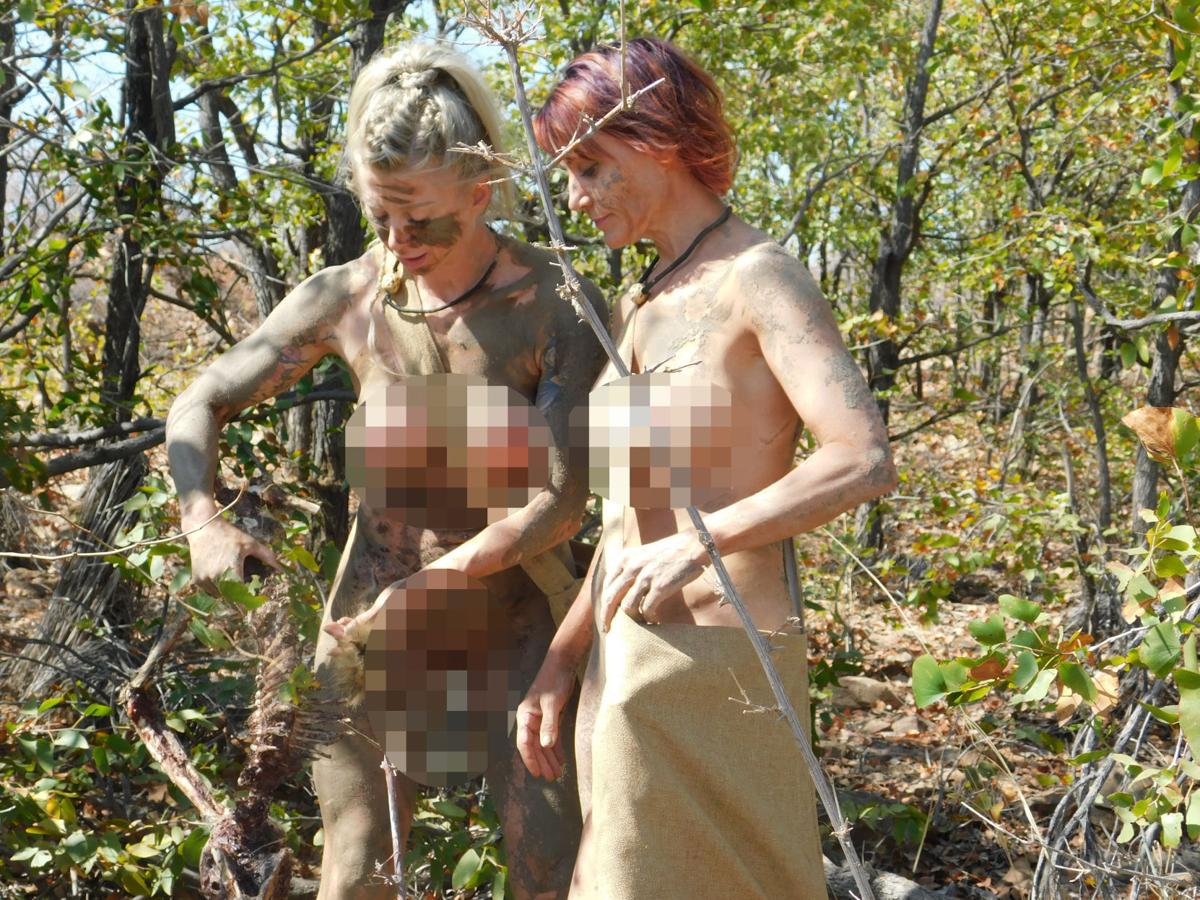 The first time Ashland mom Suzänne Zeta appeared on the Discovery Channel’s “Naked and Afraid,” her four boys were cheering her on, telling her she could beat everybody else on the show.

But that didn’t stop her from flying to Africa to compete in the latest season of “Naked and Afraid XL,” now streaming on the Discovery Channel.

On “Naked and Afraid XL,” 12 show veterans attempt to complete a 40-day challenge in the wilds of South Africa, battling blistering heat, predators like leopards and hyenas, starvation and at times, their fellow contestants.

All without wearing a stitch of clothing.

“Who wouldn’t want to wake up each morning and feel like you’re in the middle of ‘The Lion King’?” Zeta said. “Because it was really like that: there were hyenas, zebras, giraffes, and elephants with their young ones just 60 feet away.”

Zeta’s children quickly came around when they learned that their mom would have the experience of a lifetime. And they knew she could tackle the challenges: she’d been taking them to the woods their whole lives and teaching them survival techniques.

A survivor of an abusive childhood, Zeta grew up in rural Missouri, dropped out of high school and learned to survive on her own, eventually earning a doctorate at Virginia Commonwealth University.

Now a vice president of operations at Virginia Catalyst, a grant funding program for Virginia research universities, Zeta originally appeared on “Naked and Afraid” two years ago in Brazil, attempting to survive 21 days in the wild.

In South Africa, the days were almost doubled to 40 and the challenges were many, including simply walking across the scorched earth — where her bare feet were blistered and burned — to find water.

“It was incredibly hot. The air temperature would get over 120 degrees every day,” Zeta said. “It was so hot, you couldn’t even sweat. The environment would suck the moisture right out of you.”

Zeta said she heard the wind off in the distance and waited for it. But when the wind finally hit, it was unlike anything she’d ever experienced.

“It felt like someone turned the oven on to 500 degrees, opened the door, put a fan in front of it and blew it on you. Here you are, starving and on fire,” she said.

Unlike the other cast members, Zeta starves herself to prepare for the show.

“I’m a life sciences researcher. I decided to intentionally force the metabolic shift, so that I didn’t have hunger pains or withdrawal issues while dealing with so many other issues,” Zeta said.

She lost roughly 25 pounds while in Africa, while many of her fellow cast mates lost up to 45 pounds.

The other big difference between this time and the last time she appeared on the show is that this version follows 12 survivalists on their journey and spans multiple episodes. Also, Zeta has divorced and remarried since her last time on the show.

While the challenges were many and there times that she thought her life was in peril, she said she was successful enough that “I’m certain they’ll offer me something else and I’ll do it again.”

The entire season 6 of “Naked & Afraid XL,” featuring Suzänne Zeta, is now available on demand on the Discovery Channel.

Everything you need to know about the 2021 Emmy nominations

Here's a look at diversity, firsts and more facts from the Emmy nominations announced this past week.

Eight Emmy hopefuls you may not have considered

The Emmy nominations always turn up shows that may not have grazed your screen. Like “Bo Burnham: Inside,” they bear watching before the awards are given out Sept. 19 on CBS.

While it features a character from 'American Gods,' it's a stand-alone story, not a sequel or spin-off.

'Wellington Paranormal' could be a portal to stardom for show's actors

Who do you get to play paranormal inspectors?

'The Crown,' 'Mandalorian' top Emmy nominations with 24 each. Here's the full list of nominees

"The Crown” tied with “The Mandalorian” for the most Emmy nominations Tuesday with 24 apiece, but the Marvel universe also got bragging rights with runner-up “WandaVision.”

Bo Burnham’s “Inside” grabbed six Emmy nominations this week – a feat for any production.

Music is in the air, with Apple’s launch of the giddy movie-musical spoof "Schmigadoon!" and a more serious study of contemporary music in Hulu’s "McCartney 3-2-1" and PBS’ "Icon: Music Through the Lens" about rock photography.

"Space Jam: A New Legacy," "Fear Street 1666," the best athlete-actors, and more on the latest Just to be Nominated podcast

What to watch this week, including "Space Jam: A New Legacy" in theaters and on HBO Max, "Fear Street 1666" on Netflix, a roundup of our favorite athlete actors, movie news, and more!

Dawn and Suzanne get their tools

Suzänne Zeta (left) competed in a 40-day challenge in Africa for the Discovery Channel’s “Naked and Afraid XL.”