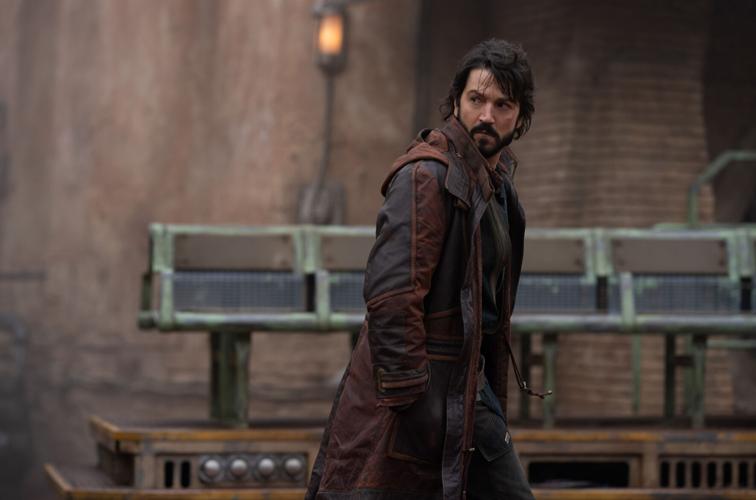 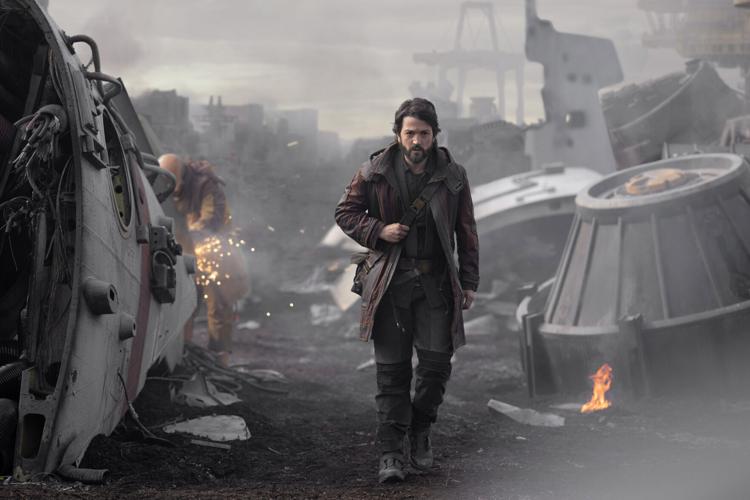 What happened before "Rogue One"? Cassian Andor (Diego Luna) shows what brought him to the "Star Wars" precipice in "Andor."

When Diego Luna read the script for “Rogue One,” he wondered what his character might have been doing before the “Star Wars” action began.

He wrote a backstory that explained why Cassian Andor made the choices he did.

When Disney decided to revive the character – and show those pre-“Rogue” years – the storytelling rested in the hands of Tony Gilroy.

Remarkably, “I was always pretty amused by how close it was to what I had in mind,” Luna says.

For the 24-episode series, “Andor,” Gilroy took the character back five years from the events in “Rogue One” and showed  how Andor went from thief to Rebel spy in “Rogue One.”

When the series (which starts Sept. 21 on Disney+) ends, it will seem as if the two projects are linked. In the last scene of “Andor,” “we’ll walk the audience directly into ‘Rogue One,’” Gilroy says. “We get to take the formative forging of Cassian Andor in the first 12 episodes and then we get to take that organism and we get to run it through the next four years in a really exciting, narrative fashion.”

While it’s called “Andor,” the series really delves into the lives of others. The series has more than 200 speaking roles and a viewpoint that hasn’t been shown in other “Star Wars” ventures. The security bureau, for example, is populated by the kind of folks most see at lower-profile jobs. “They’re careerists. They’re insecure. They’re vulnerable. They’re complicated,” Gilroy says. “And they’re a huge part of our show.”

Outside forces, which manipulate them, prompt those people to make decisions and launch a revolution. “If we are successful with the 24 episodes that we make, when you watch ‘Rogue,’ a lot of scenes are going to take a deeper significance and deeper resonance,” Gilroy says.

Shot in London, the series lets Luna reveal the learning curve for his character. At first, “he’s not aware of what he’s capable of,” he says. Over those five years (which will be condensed into two TV seasons), he becomes the rebel we see in “Rogue One.”

“It’s interesting to see this angle on these very dark characters,” Luna says. “You’ll see them when they brush their teeth, too, not just when they’re giving orders to exterminate.”

Gilroy likens “Star Wars” to the Roman Catholic Church with all its factions, groups and legends. “There are various levels of canon in the ‘Star Wars’ world and there’s elaborate and beautiful fan fiction and the comic books,” he says. Writers constantly check with the company’s experts to make sure “we’re not violating the grand canon. Just go on Wookieepedia for an hour and a half and tool around. You’ll get a very clear idea of how much is going on.”

Luna, meanwhile, plans to challenge everything fans think about Cassian. “Everything that made sense when you were watching the film is now going to be challenged,” he says. “I know where it ends and I can be very creative about how to get there. It triggers a different part of your creativity when you start backwards.”

It’s too bad the season premiere of “Dancing with the Stars” was limited to those with Disney+ subscriptions.

Betty White’s belongings up for auction: Here are some items you could own

Among the highlights of items from the estate of Betty White are scripts from notable TV episodes, including Part 1 of "The Golden Girls" finale.

Sheryl Lee Ralph: Good things come to those who wait

“Swagger,” the sports drama based on basketball star Kevin Durant’s youth, has been filming at Huguenot High School and John Marshall High School.

During the show's first year, creator Quinta Brunson had the luxury of crafting the episodes before any started airing. “This year, we will be in a different situation where we will still be filming and writing when the show starts airing,” she says.

Williamsburg chef to appear on ‘Hell’s Kitchen’ this week

A local chef is heading to “Hell’s Kitchen” — and not the restaurant in Norfolk. A place much more fiery. Ileana Gabrielle D’Silva, a sous chef at Casa Pearl in Williamsburg, will be on the season premiere of Fox’s “Hell’s Kitchen” Thursday. The host is Gordon Ramsay, who is known for his multitude of cookbooks and international restaurants, as well as his quick temper. This season’s cooking ...

'Tell Me Lies' brings out a new side to Jackson White, Grace Van Patten

After playing someone who lies repeatedly, actor Jackson White finds himself over-communicating so he won’t be misunderstood.

One more time: 'Reboot' shows what happens when a TV cast reunites

When the “Roseanne” reboot abruptly ended (and returned as “The Conners”), writer/producer Steve Levitan was curious about life on the set – the show you didn’t see.

What happened before "Rogue One"? Cassian Andor (Diego Luna) shows what brought him to the "Star Wars" precipice in "Andor."