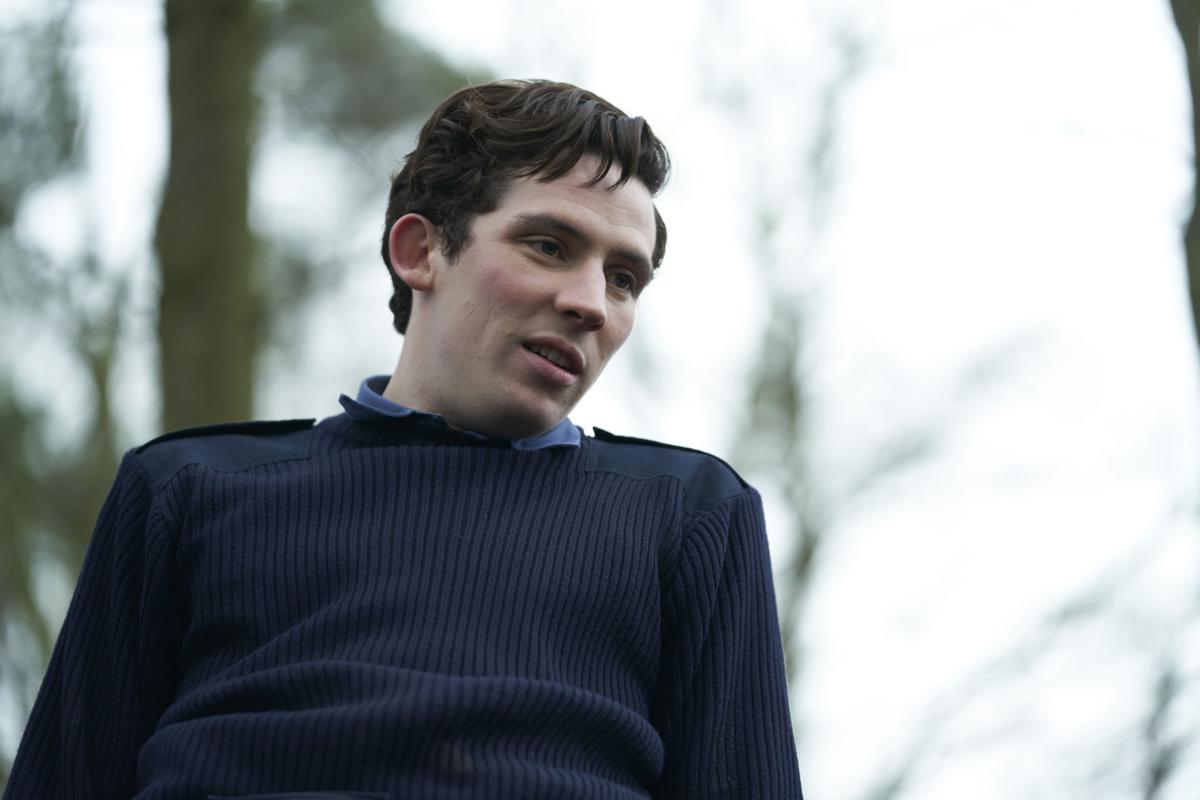 Josh O’Connor as Prince Charles in “The Crown” 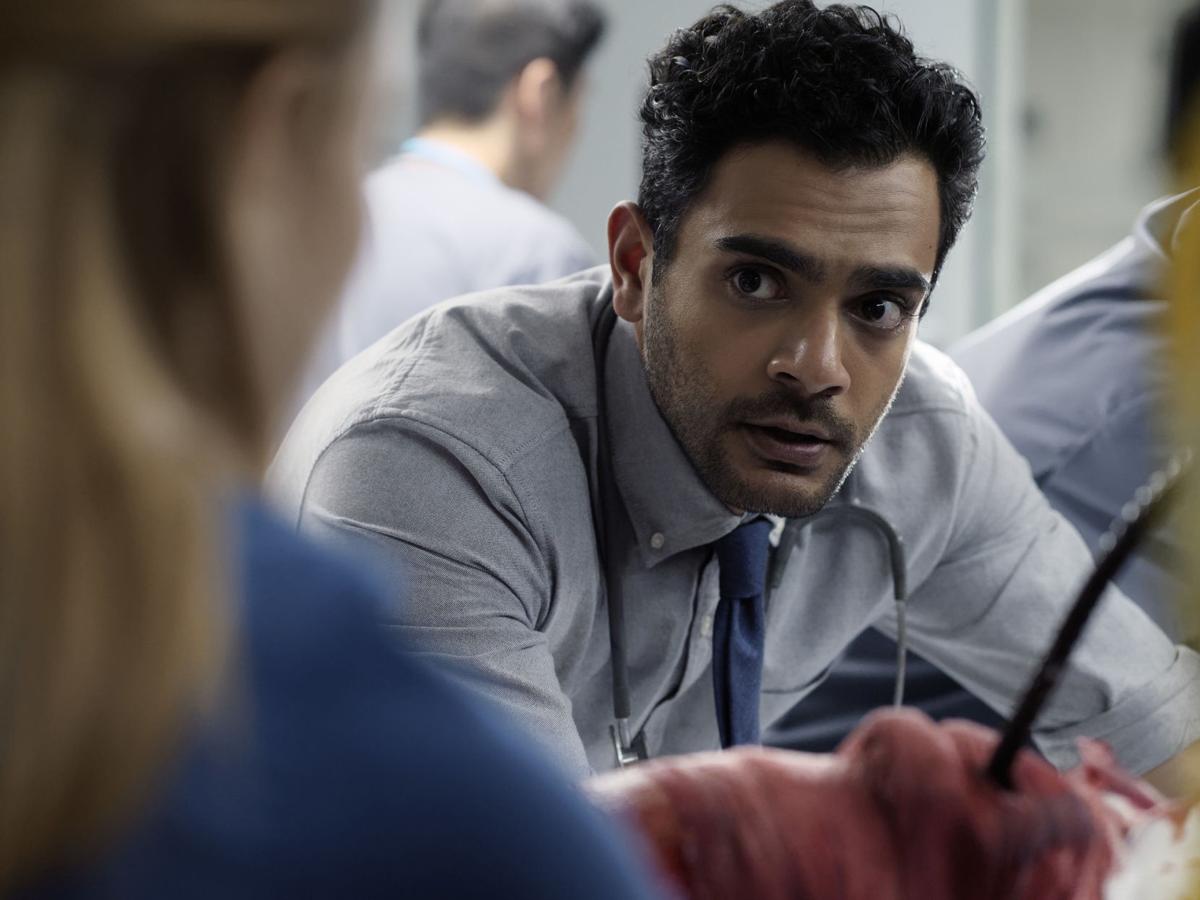 With film and TV production (haltingly) starting to resume, under health and safety measures designed to prevent the spread of the novel coronavirus, we’re a long way off from the fire hydrant of content we’ve become used to in the years of “peak TV.” But a combination of quarantine productions, foreign imports and unscripted and animated series, along with the streamers’ and cable networks’ long production pipeline, means that there’s plenty in the hopper to hold you over as the days get shorter and the weather cools off.

We’ve decided to help you narrow things down. Here are the 15 TV shows we’ll be tuning in to this fall — and that you should be watching, too. You can even get started this weekend.

“Transplant”: This hospital drama puts a twist on the venerable TV genre, starring Hamza Haq as a doctor who fled war-torn Syria and is working to rebuild his career in emergency medicine in a new country. Earlier this year, the 13-episode show became the most-watched Canadian original series and earned critical praise for tackling topics such as the refugee crisis and problematic power structures in the medical field. (NBC)

“The Boys”: Developed by Eric Kripke and based on the comic book by Garth Ennis and Darick Robertson, the series follows a team of vigilantes led by Billy Butcher (Karl Urban). They’re determined to expose the crimes of America’s beloved superhero squad, the Seven, and destroy the corporation that promotes and profits from their masked malfeasance. Season 2 continues the keen satire, tackling everything from corporate greed to cancel culture with new themes and characters that feel made for this moment. (Amazon Prime Video)

“Woke”: This comedy series that interrogates race and identity seems particularly timely as America continues to reckon with systemic racism and we pay close attention to whose creative voices get elevated and why. Created by Marshall Todd and Keith Knight, “Woke” is about a Black cartoonist on the cusp of a new career milestone. But a run-in with the police leaves him shaken and unable to escape new voices that challenge his ideas and approach to life. (Hulu)

“We Are Who We Are”: Director Luca Guadagnino, the sensualist behind “I Am Love,” “A Bigger Splash” and “Call Me by Your Name,” shows off yet another side of his native Italy in his first TV series, “We Are Who We Are.” Starring Jack Dylan Grazer and Jordan Kristene Seamon as U.S. Army brats coming of age on an overseas base, the drama shares a sensibility with much of Guadagnino’s prior work — it’s queer, it’s nostalgic, it’s as suffused with romance as an Italian summer — this time refracted through a structure (dual perspectives), a genre (the teen melodrama) and a political moment (the months preceding the election of 2016) that take the filmmaker’s work in bold new directions. (HBO, Sept. 14)

The Emmy Awards: Normally the Primetime Emmys would not make the list, but we’re so far from normal at this point that anything goes. TV’s biggest night — i.e., the Television Academy’s annual awards gala celebrating its voters’ top picks — will go virtual for the first time. Hosted by Jimmy Kimmel, it’s sure to be full of awkward moments, major flubs and myriad mistakes, which means it’ll probably be the best awards telecast we’ve seen in ages. Or not. (ABC, Sept. 20)

“A Wilderness of Error”: Jeffrey MacDonald, a Green Beret, was convicted for the murders of his pregnant wife and two daughters in 1970 and blamed the crime on a gang of drug-crazed hippies. The notorious case has already inspired a TV miniseries and two well-known books, Joe McGinniss’ bestseller “Fatal Vision” and Janet Malcolm’s provocative study of journalistic ethics, “The Journalist and the Murderer.” The five-part docuseries “Wilderness of Error,” which is based on the book by documentary filmmaker Errol Morris, is likely to revive interest in one of true crime’s foundational stories. (FX, Sept. 25)

“Fargo”: It seems like forever since the last season of FX’s quirky anthology series “Fargo,” although it’s only been three years. But judging from the storyline and the star power of lead Chris Rock, the fourth edition will be worth the wait. Rock takes a dramatic turn as the head of a crime family who faces off against a competing syndicate in 1950s Kansas City. (FX, Sept. 27)

Of all the upcoming viewing options this fall, the debates between President Donald Trump and former Vice President Joe Biden will carry the most significance to our daily lives. Debates already have a reputation for being television spectacles, but with the pandemic complicating some of the usual hallmarks of a presidential campaign, there is extra importance in these upcoming face-offs . The first is scheduled Sept. 29, with two more slated for October. (various, Sept. 29)

“Roadkill”: In this story of post-shame politics from playwright and screenwriter David Hare (“Collateral”), Hugh Laurie (“House”) plays a compromised conservative British politician coming under public scrutiny and not caring a jot. With Helen “Narcissa Malfoy” McCrory as the prime minister. (PBS, Nov. 1)

“The Crown”: The last time we caught up with the Windsors — 1,000 years ago, in 2019 — Prince Charles was falling hard for Camilla and Queen Elizabeth was grappling with middle age. When “The Crown” returns for its fourth season, the lavish drama will dive headlong into the scandal-plagued Diana years. (Netflix, Nov. 15)

“Emily in Paris”: This glossy romantic comedy is the latest series from Darren Star (“Sex and the City,” “Younger”) and his frequent collaborator, costume designer Patricia Field (also of “Ugly Betty” and “The Devil Wears Prada”). The underrated Lily Collins, also a series producer, plays Emily, who moves to the City of Light for a new job; the 10 episodes were shot on location throughout France. Right now, a highly compartmentalized half-hour of high jinks in heels is welcomed escapist entertainment. (Netflix, TBA)

“Moonbase 8”: In this sitcom, Fred Armisen, Tim Heidecker and John C. Reilly, three great weirdos of modern comedy, play would-be astronauts living in a lunar simulator in the Arizona desert and hoping to qualify to go to the moon. (Showtime, TBA)

“Selena: The Series”: Billed as a coming-of-age story, the series stars “The Walking Dead’s” Christian Serratos as Mexican American singer Selena Quintanilla and will chronicle her rise to becoming the queen of Tejano music before being shot to death. It arrives 23 years after the release of the Oscar-nominated biographical film, which launched the acting career of Jennifer Lopez. Quintanilla family members are executive producers, so it’ll be interesting to see how much more revelatory the series will be than the classic biopic. But there’s little doubt the soundtrack will have viewers Bidi Bidi Bom Bom-ing a lot in quarantine. (Netflix, TBA)

Embrace nostalgia: Where to watch reboots and cast reunions of TV shows from the '90s and early 2000s

One strange result of the coronavirus outbreak? Virtual cast reunions from movies and TV shows are now a regular occurrence. Here’s a list of …

WATCH NOW: Superheroes are trained, not born, in 'Secret Society'

Is being Disney royalty better, or being a superhero? In "Secret Society," you don't have to choose.

Josh O’Connor as Prince Charles in “The Crown”