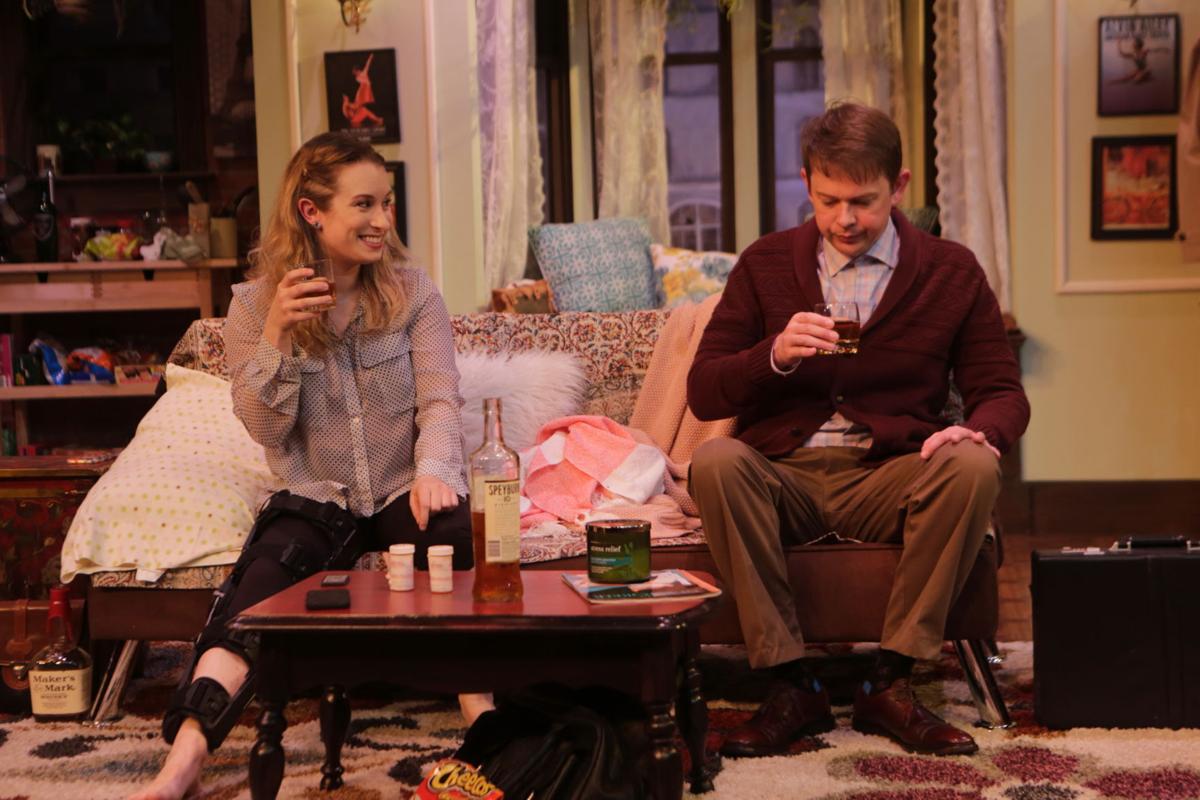 Kylie Clark as Senga and Dean Knight as Ever in “Dancing Lessons” at Virginia Rep’s Hanover Tavern. 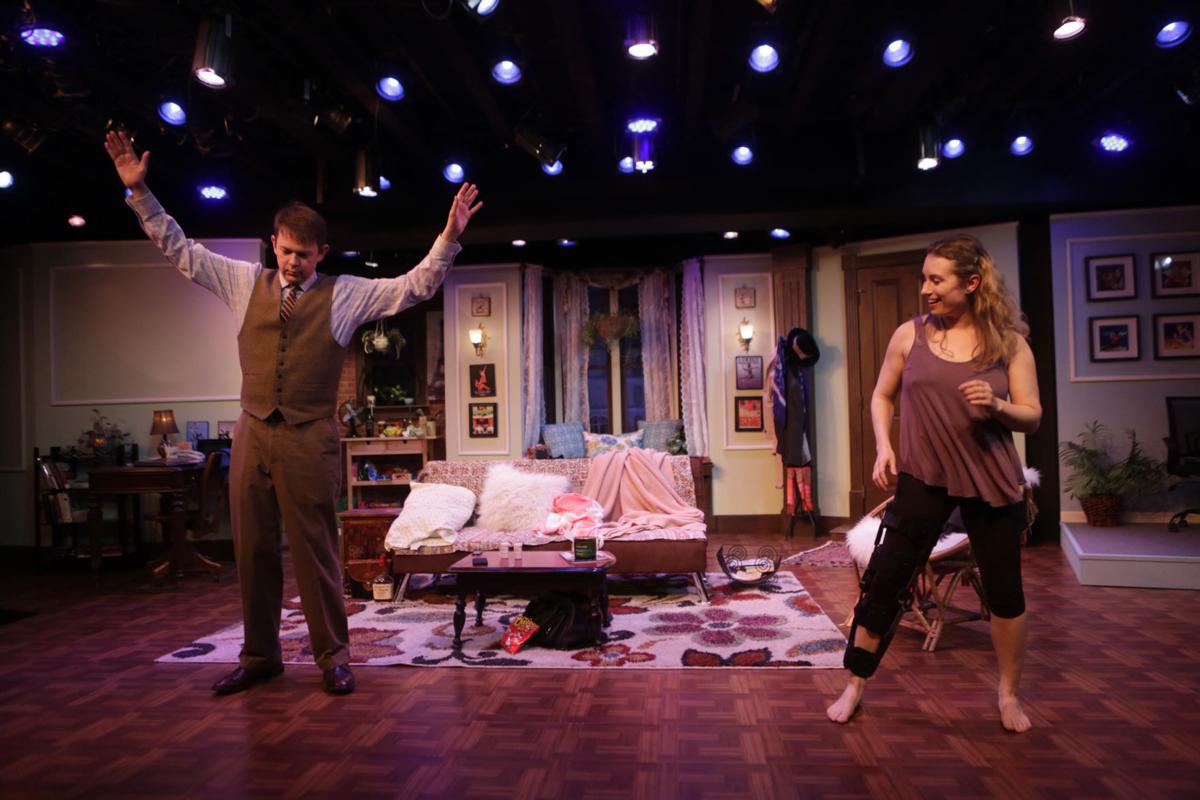 Dean Knight as Ever and Kylie Clark as Senga in “Dancing Lessons.” 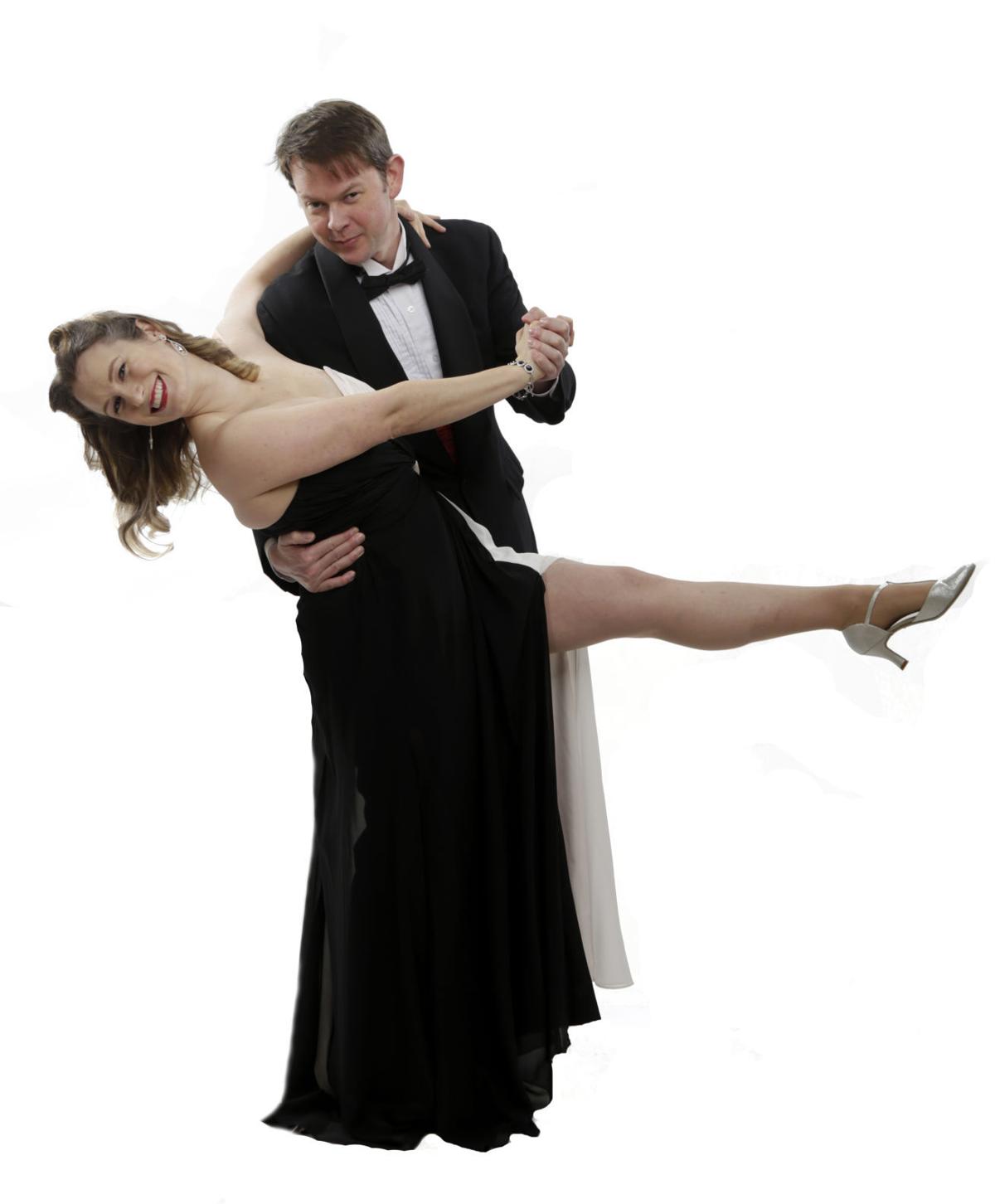 It isn’t often that all the elements of a production come together so perfectly, but “Dancing Lessons” barely exhibits any of the expected imperfections of opening night.

This romantic comedy penned by Mark St. Germain and directed by Jan Guarino features an unlikely duo — a college professor who has Asperger’s syndrome and a Broadway dancer with a leg injury.

Dean Knight fully inhabits the character of Ever; his social awkwardness and aversion to touch are authentically portrayed, and his inappropriate and unfiltered way of speaking lead to most of the play’s comic moments.

He is equally matched by Kylie Clark, a less familiar figure on the Richmond stage who brings a solid, expressive performance to her portrayal of Senga.

Clark sets the bar high with the opening scene. In Senga’s eclectically furnished New York apartment of uncertain era, with strategically placed bottles of pills, wine, and liquor, Clark hobbles out in a leg brace and wordlessly conveys all that is going on — or going wrong — in her life with an interplay of facial expressions and a playlist of depressing music.

An unlikely relationship develops between Senga and Ever, revealing unexpected similarities that offer both an opportunity to grow. It all starts when Ever comes knocking at Senga’s door with an offer she wants to but can’t refuse: he will pay her a week’s wages for one hour of dance instruction to help him get through a special event that requires him to socialize.

Along the way, we learn some interesting facts about Asperger’s syndrome — a condition usually defined as a high-functioning form of autism. There is even a clip of Dr. Temple Grandin — a noted professor and expert in animal science, who happens to be autistic — giving a lecture.

We also learn that in her own way, Senga is just as socially awkward and singularly focused as Ever, only her condition is the result of choice rather than genetics.

Her focus is dance, and passing references to studying with Paul Taylor, performing with Bill T. Jones and Arnie Zane, and going to see Alvin Ailey got my attention.

After years of teaching the gifted — which often included at least one child with Asperger’s — and decades of teaching and writing about dance, I was thrilled that St. Germain got these details right.

On first entering Senga’s apartment, Ever notices the bottles and asks if he’s interrupting a suicide attempt. Later he quizzes Senga on John Hughes movies, which he studied in order to learn how to blend in.

Both share the origins of their unusual names, which I will leave you to discover on your own.

Running about an hour and half with no intermission, “Dancing Lessons” is so warm and fuzzy, so funny and authentic, that time seems to fly.

Terrie Powers’ set might not meet the approval of popular home makeover artists, but it is perfectly suited to Senga.

“Dancing Lessons,” an entry in the Acts of Faith Festival, provided one of the most enjoyable evenings of theater I’ve had in a season of remarkable performances.

Julinda Lewis is a dancer, teacher and writer living in eastern Henrico County. Contact her at jdldances@yahoo.com.

Kylie Clark as Senga and Dean Knight as Ever in “Dancing Lessons” at Virginia Rep’s Hanover Tavern.

Dean Knight as Ever and Kylie Clark as Senga in “Dancing Lessons.”