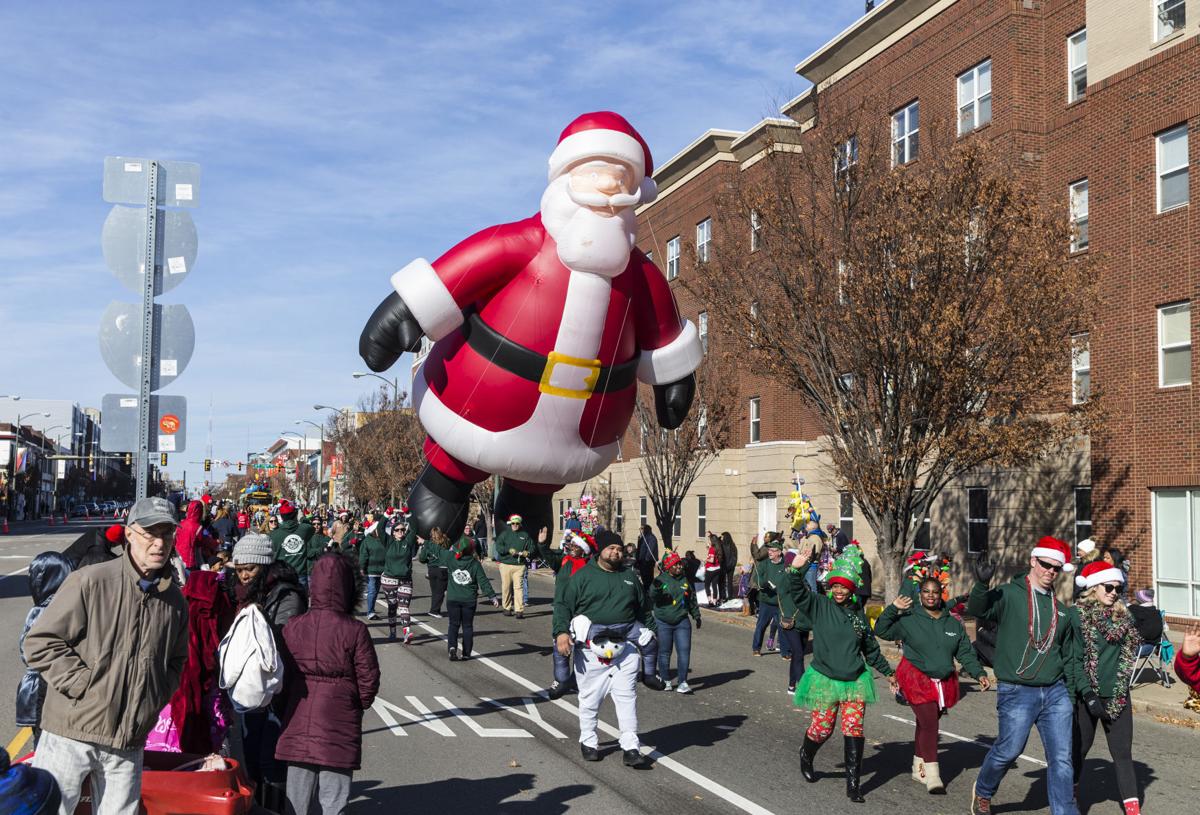 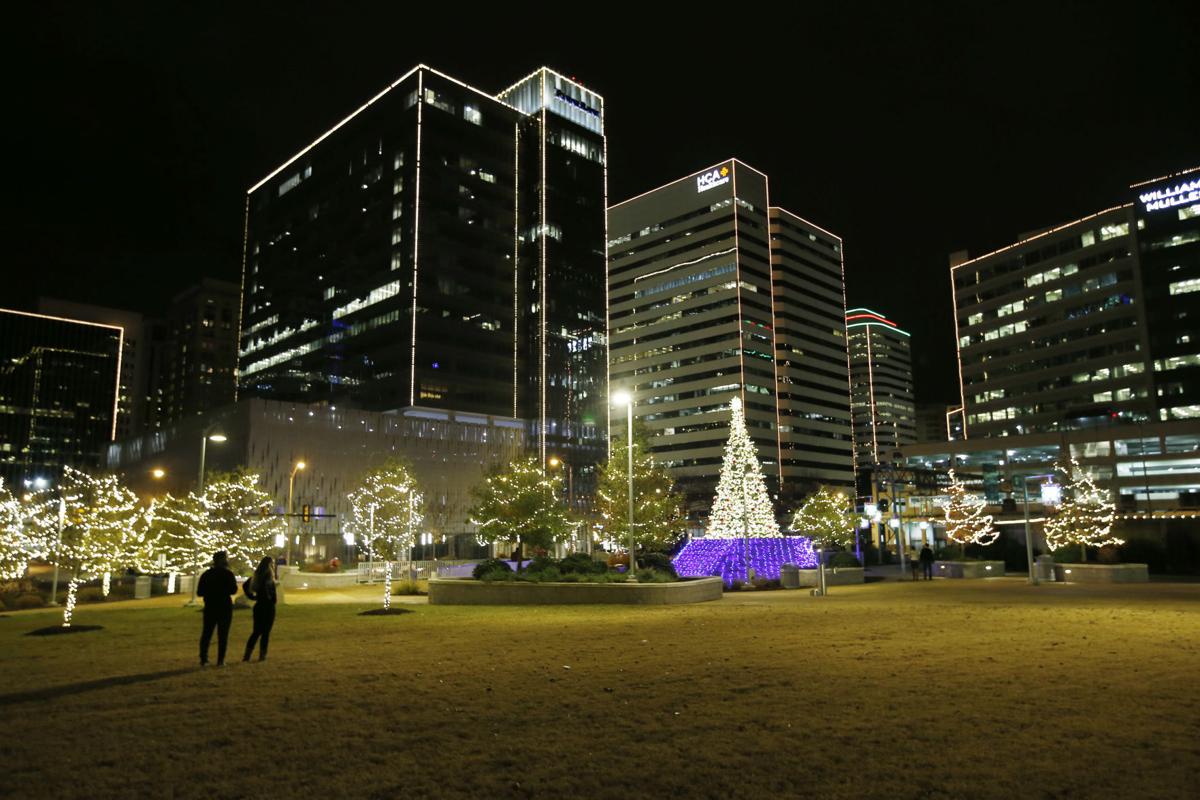 A virtual version of RVA Illuminates — the event that replaced the Grand Illumination — lit up the downtown Richmond skyline and Kanawha Plaza for the holiday season on Friday. The event was televised on WRIC.

It’s a holiday extravaganza this weekend with the return of the Dominion Energy Christmas Parade marching down Broad Street, downtown Richmond lighting up for the holidays with RVA Illuminates and lots more ways to get in the spirit of the season this weekend.

RVA Illuminates is back in person this year, lighting up downtown for the holidays. Head to Kanawha Plaza for performances from the Richmond Police Department Band and DJ Lonnie B. beginning at 5:45 p.m. Mayor Levar Stoney will flip the switch at 6 p.m., lighting up the downtown skyline. Free. 801 E. Canal St. Rva.gov/Parks-Recreation

After being televised last year and filmed in a “secret” location, the Dominion Energy Christmas Parade returns to West Broad Street with floats, balloons, marching bands and this year’s grand marshal: Snoopy! A true Richmond tradition, the parade draws thousands of viewers every year. It will start at the Science Museum of Virginia, 2500 W. Broad St., at 10:15 a.m. and proceed to Seventh Street. Free. RichmondParade.org

The classic story of George Bailey, his guardian angel Clarence Odbody, and the town of Bedford Falls gets a reworking as a radio play at Virginia Rep, just in time for the holidays. $36-$56. Times vary through Jan. 2. November Theatre, 114 W. Broad St. (804) 282-2620 or Va-Rep.org

For C.S. Lewis, the author of “The Chronicles of Narnia,” Christianity loomed large in his life and in his writing. In this one-man play, Lewis entertains a group of Americans at his home and reflects on how his meeting with fellow author J.R.R. Tolkien changed his life, his understanding of Christianity and the meaning of Christmas. $66. Times vary through Dec. 12. Gottwald Playhouse, Dominion Energy Center, 600 E. Grace St. (800) 514-3849 or Etix.com

If you see strange, horned creatures walking through Carytown on Saturday night, fear not! It’s the Krampus Walk, where Richmond residents dress up like the mythical figure or his minions and strut their stuff down the street, scaring children and residents and partying while they’re at it. Krampus is an ancient figure who was said to scare misbehaving children around Christmastime, but he’s more recently become a symbol of behaving badly and having fun before the holidays. Walk begins at Citizen Burger Bar, 2907 W. Cary St. at 6 p.m. Free to watch and attend. RvaKrampus.com

'The Late Show with Stephen Colbert' opened with a piece on Gov. Glenn Youngkin and critical race theory

The French actor portrayed the young Hannibal Lecter in 2007's "Hannibal Rising" and is in the upcoming Marvel series "Moon Knight."

Rome villa with Caravaggio fails to sell, to be reauctioned

ROME (AP) — A villa in Rome containing the only known ceiling painted by Caravaggio went on a court-ordered auction block Tuesday, thanks to an inheritance dispute pitting the heirs of one of Rome’s aristocratic families against their stepmother, a Texas-born princess.

Richmond theater brightens up the winter season with 'A Doll's House, Part 2' at Virginia Rep, 'Come From Away' at Broadway in Richmond & more

Richmond-area theaters will be brightening the dark days of winter with exciting and fresh productions on stage. From a new take on the Henrik…

A virtual version of RVA Illuminates — the event that replaced the Grand Illumination — lit up the downtown Richmond skyline and Kanawha Plaza for the holiday season on Friday. The event was televised on WRIC. 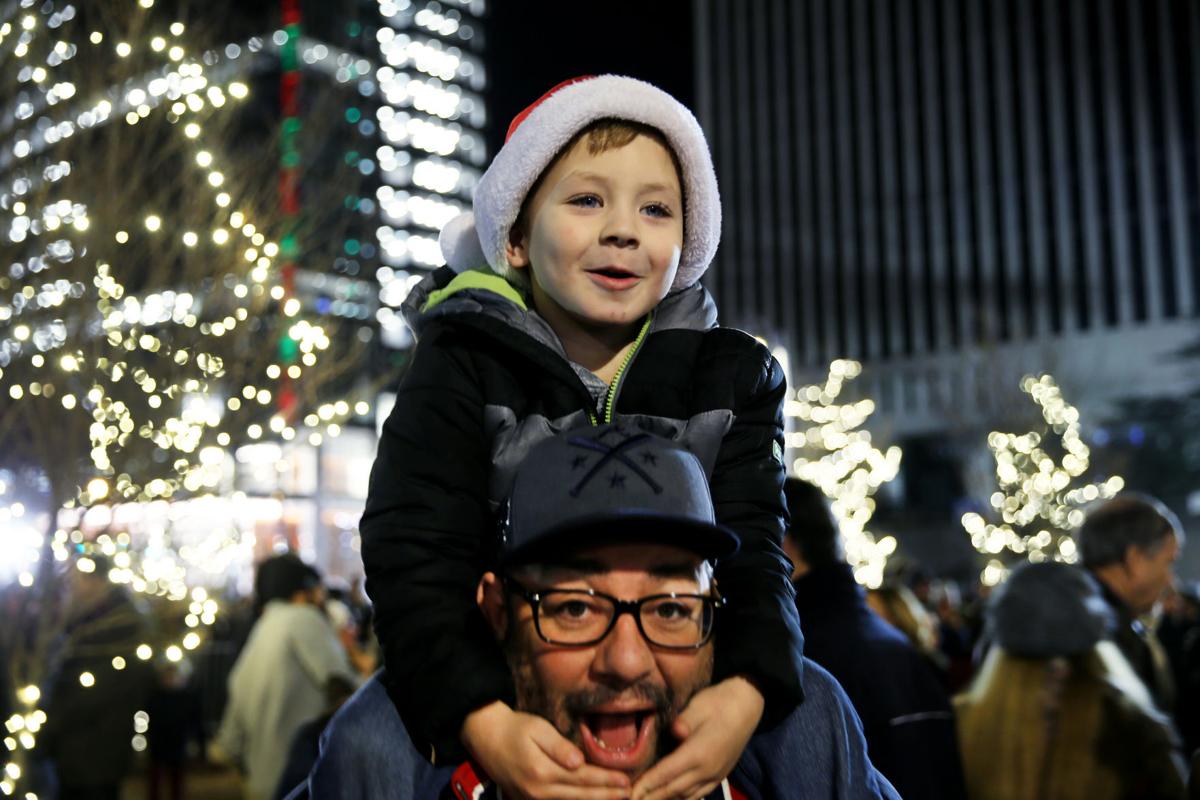 Donnie Atkins and son Ben Atkins, 4, of Midlothian, walk in Kanawha Plaza during the new RVA Illuminates on Dec. 6, 2019. The new event replaces the traditional Grand Illumination at James Center, but the effect is generally the same. Thousands of people joined the celebration. 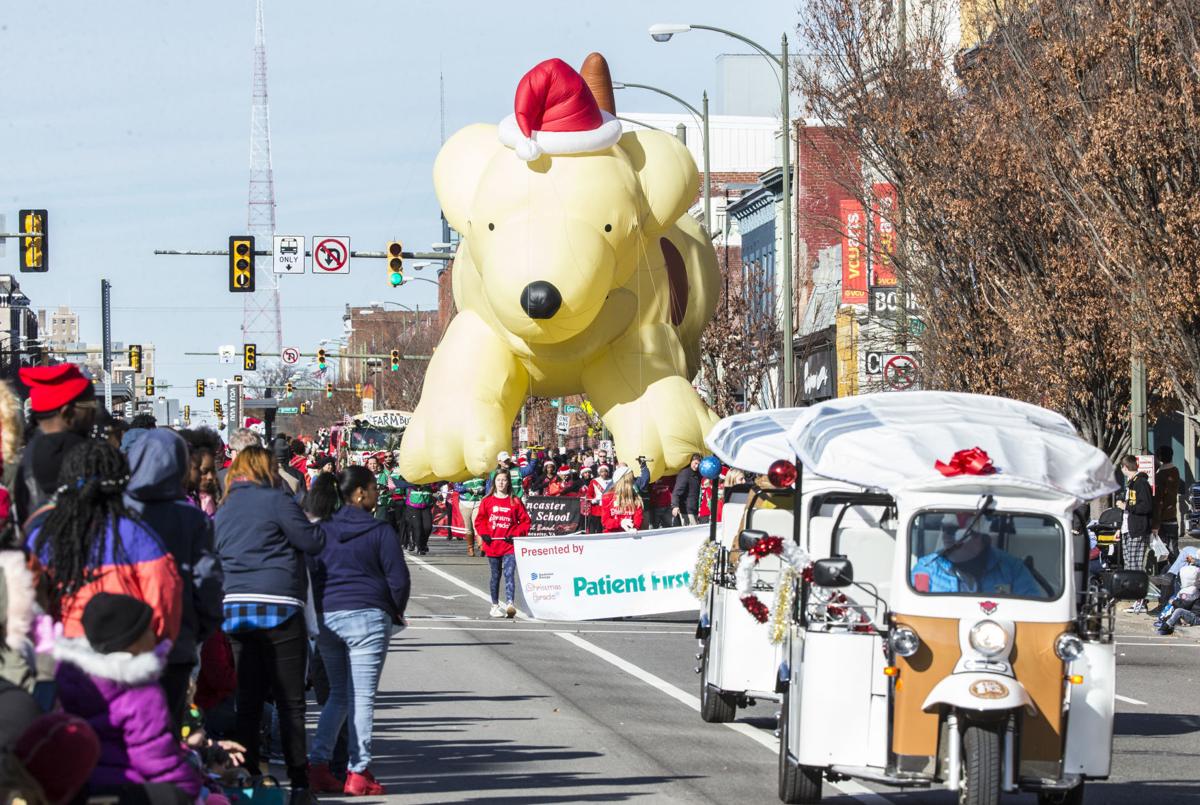 A dog balloon is marched down Broad Street during the 36th annual Dominion Energy Christmas Parade in Richmond on Saturday, December 7, 2019. 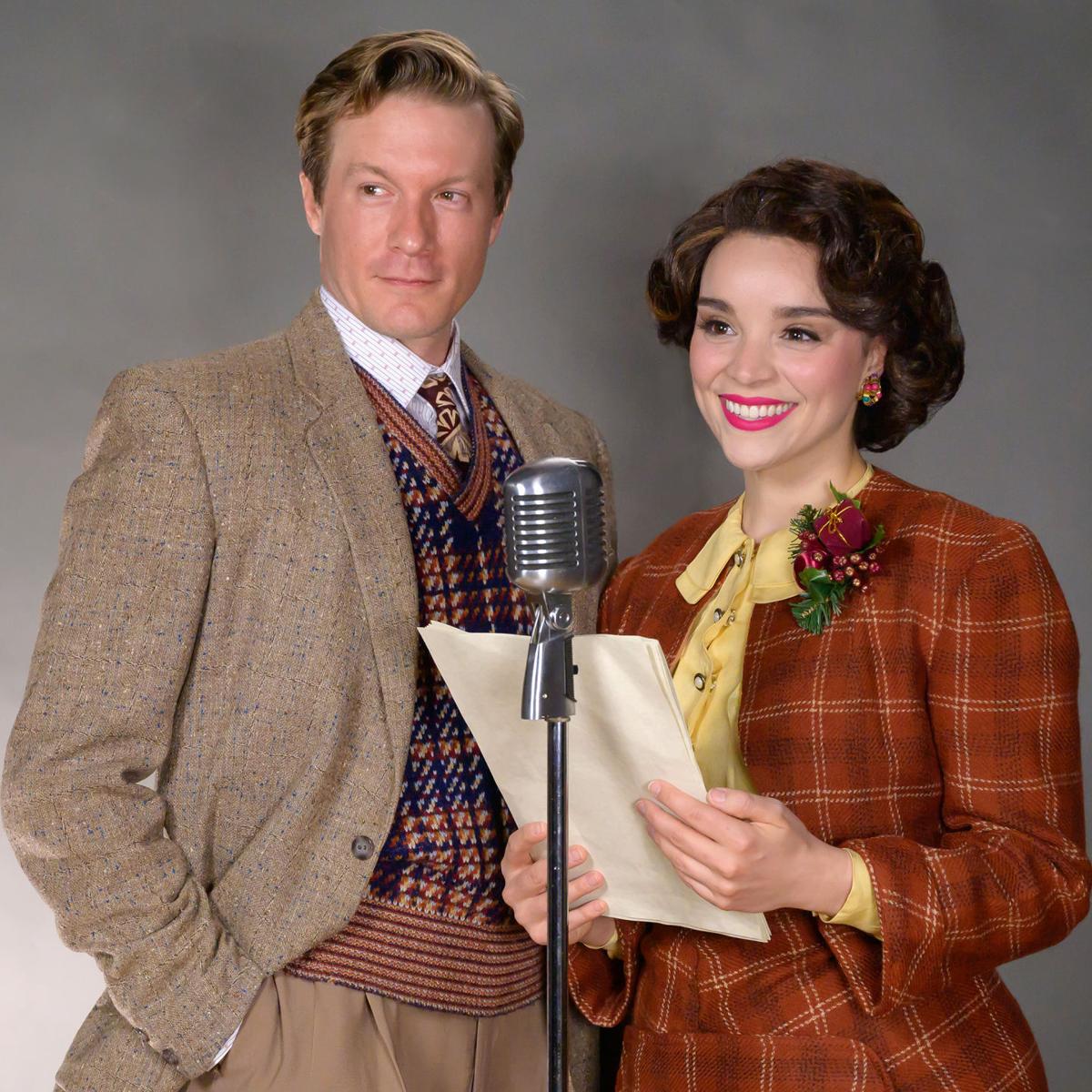 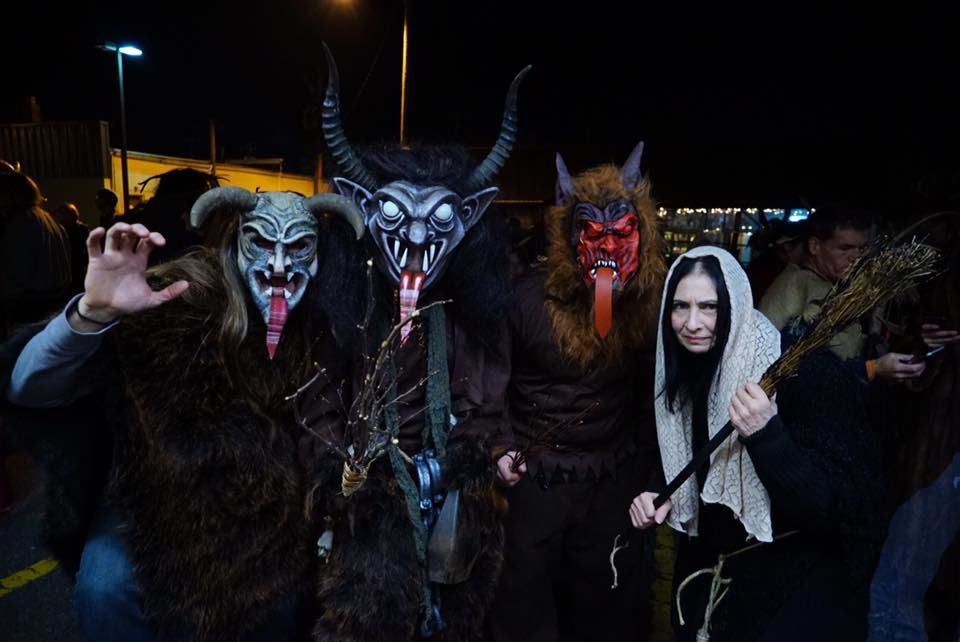