© 2021 Lee Enterprises
Terms of Service | Privacy Policy
'After today, who’s going to pay us': A bleak St. Patrick’s Day in Richmond as pubs give one last call before shutting down
4 comments
Share this
1 of 3 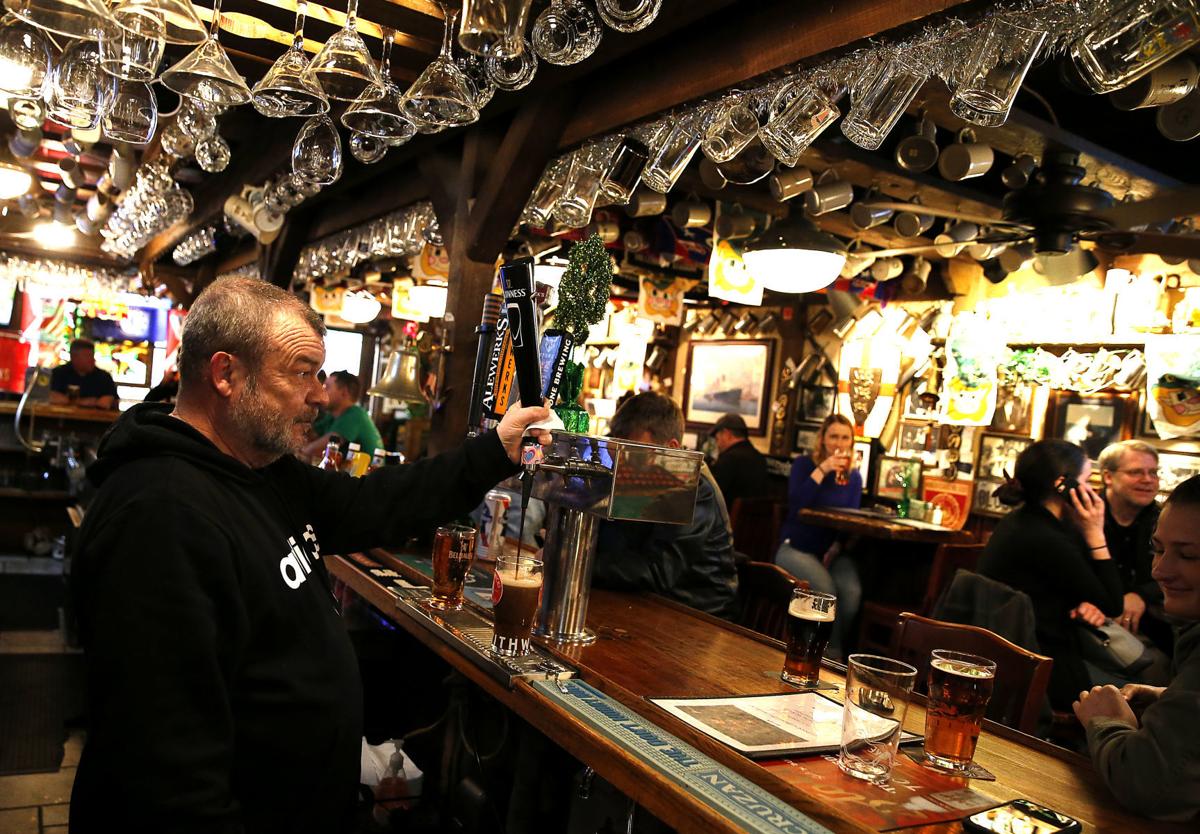 Paul Marsh, a bartender at Penny Lane Pub in Richmond, said, “I won’t lie, I’m a little bit worried. After today, who’s going to pay us?” 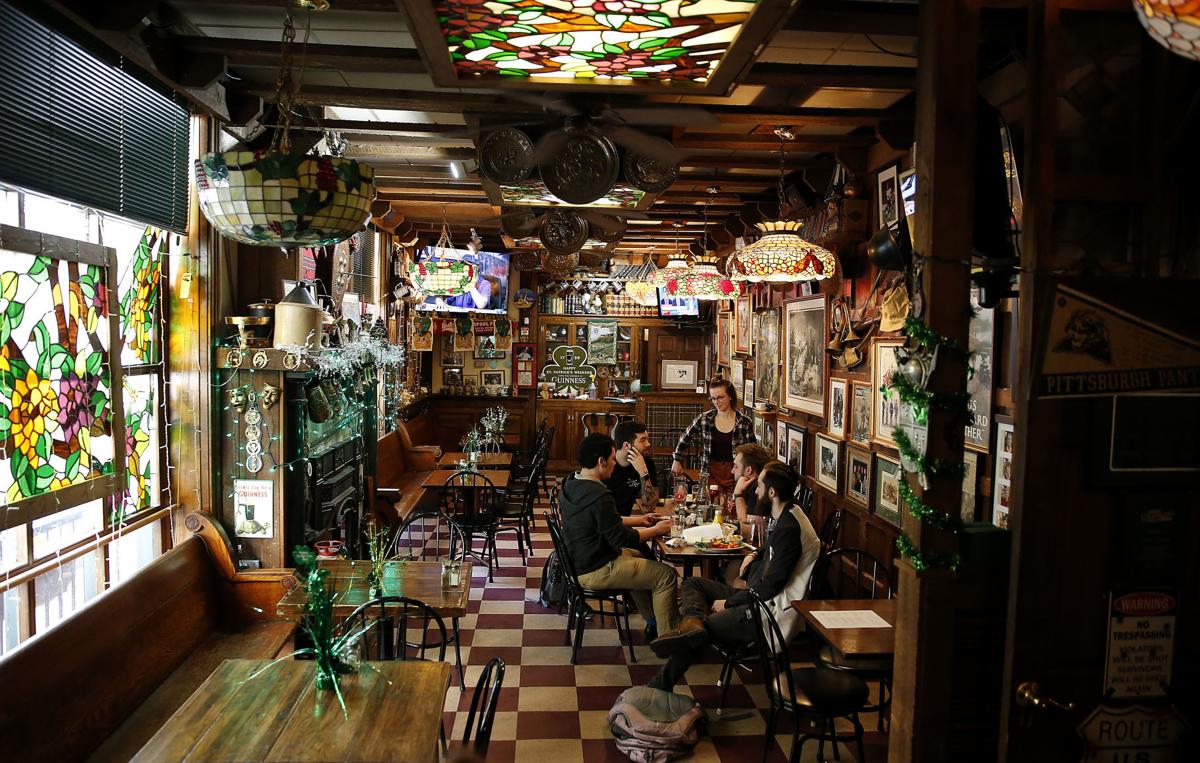 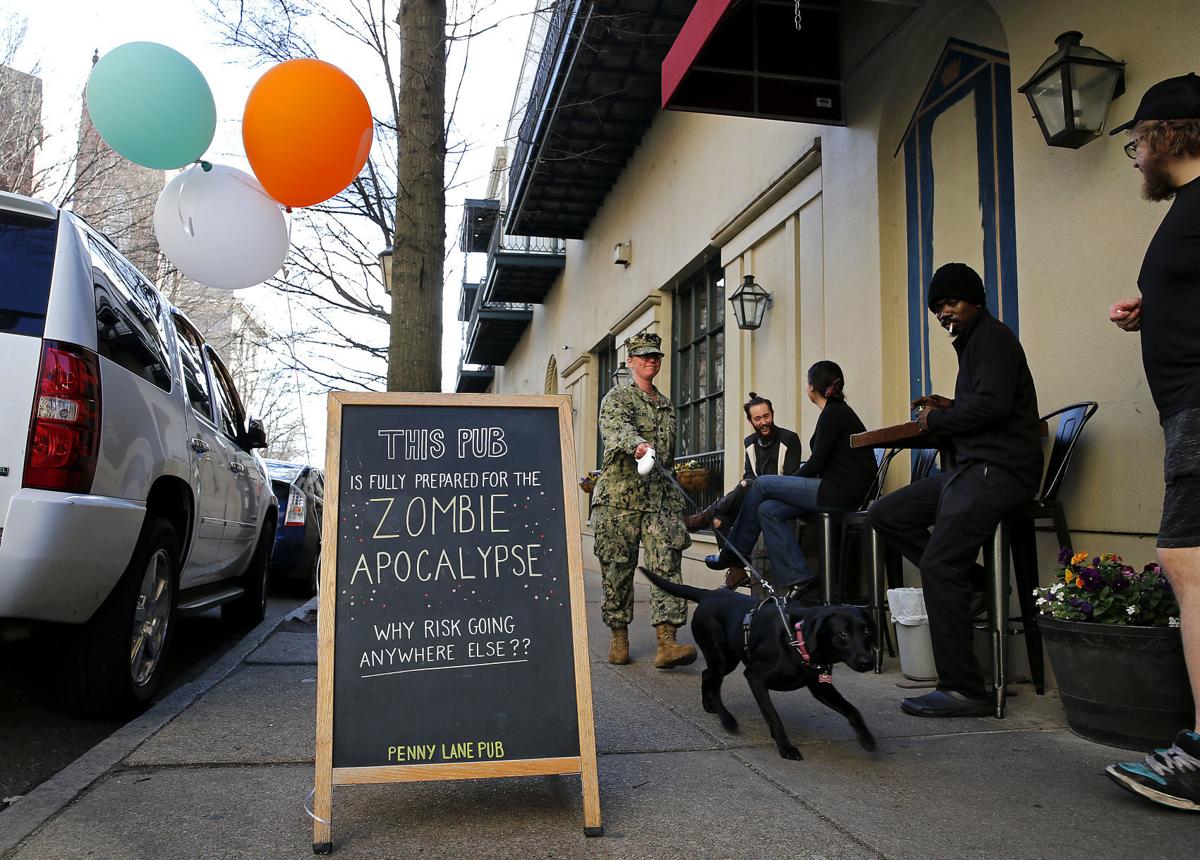 Penny Lane was open Tuesday for St. Patrick’s Day, but afterward it will close until it’s safe to reopen.

On St. Patrick’s Day afternoon in Richmond, a handful of regulars sat at the bar at O’Toole’s Restaurant and Pub, nursing their last pint, watching the waitresses turn over chairs. The restaurant was shutting down the interior restaurant in the middle of service due to coronavirus concerns.

Earlier in the day, Gov. Ralph Northam called for Virginians to avoid nonessential gatherings of more than 10 people, per federal guidelines, restaurants included. By evening, Northam issued a public health emergency order prohibiting more than 10 patrons in restaurants, fitness centers, and theaters. The order gives local and state law enforcement the ability to enforce this ban, if needed.

“I hope that everyone will have the common sense to stay home tonight and in the days ahead,” Northam said in the statement. “This order will ensure that state and local officials have the tools they need to keep people safe.

On a typical St. Patrick’s Day, restaurant owner John O’Toole said that the restaurant typically sees 1,200 to 1,500 people with lines snaking out the door.

At 2 p.m., O’Toole’s was closing the interior and moving to take-out service only. For the next few weeks, they will be offering daily take-out only at the restaurant from noon to 7 p.m.

O’Toole’s has been a popular Irish pub spot in Richmond since 1966, throwing legendary St. Patrick’s Day celebrations including a traditional Irish wake, a full day of music, bagpipes and family festivities.

“You probably won’t see some restaurants after this [pandemic],” O’Toole said. “Some won’t be able to open back up.”

Being a family restaurant with long established roots, O’Toole said that he believes the restaurant will be able to weather the upcoming crisis, but he’s still worried.

“A couple weeks [of suspended service], we can survive. But a couple months will be a big problem,” he said.

Melanie Wade, from Bon Air, was sitting at the bar with her friends. She said it’s a family tradition to visit O’Toole’s on St. Patrick’s Day.

“Most years, we’re pressed up against the glass near the door,” she said. “I’ve never seen it like this,” she gestured to the mostly empty bar.

“We wanted to come out and support the pub. My daughter has worked here since she was 16. I’m really concerned. What will happen to the waitstaff? I think it’s really going to affect them financially,” Wade said.

At Penny Lane Pub in downtown Richmond, manager Lisa O’Neill, said she’s never seen the bar this empty. By 3 p.m., she said they’d only served a dozen or more people.

St. Patrick’s Day will the last day of service for Penny Lane, until they’re told it’s safe to re-open. O’Neill said that they considered doing take-out service, but with their downtown location, she didn’t think they would get much traffic. And besides, they were almost out of food.

Penny Lane started a GoFundMe page for their waitstaff of 25 and are asking regulars or anyone interested to contribute.

Caroline Denton, 24, is a waitress at Penny Lane and her boyfriend is a bartender.

“Now we’re both out of work,” she said. She said that her boyfriend is considering applying for unemployment. “I’m sure our families will help us out. But it’s going to be rough.”

At Rosie Connolly’s in Shockoe Bottom, service was a little bit livelier on St. Patrick’s Day with people stopping by to enjoy a pint on the outdoor patio in the sunny weather.

But regardless of sunny skies, the restaurant was closing early at 5 p.m., in accordance with the governor’s call for restaurants to limit service.

“We’ve never lived through something like this before,” O’Toole said earlier. “It’s confusing, because you look outside and everything looks normal.”

UPDATED: Richmond restaurants that are open for takeout, curbside delivery or delivery

Here's a running list of what local restaurants are open or closed. It will be updated as often as possible, which will be less often on the w…

City of Richmond announces tax amnesty program for restaurants; some restaurants say it's not enough.

Paul Marsh, a bartender at Penny Lane Pub in Richmond, said, “I won’t lie, I’m a little bit worried. After today, who’s going to pay us?”

Penny Lane was open Tuesday for St. Patrick’s Day, but afterward it will close until it’s safe to reopen.