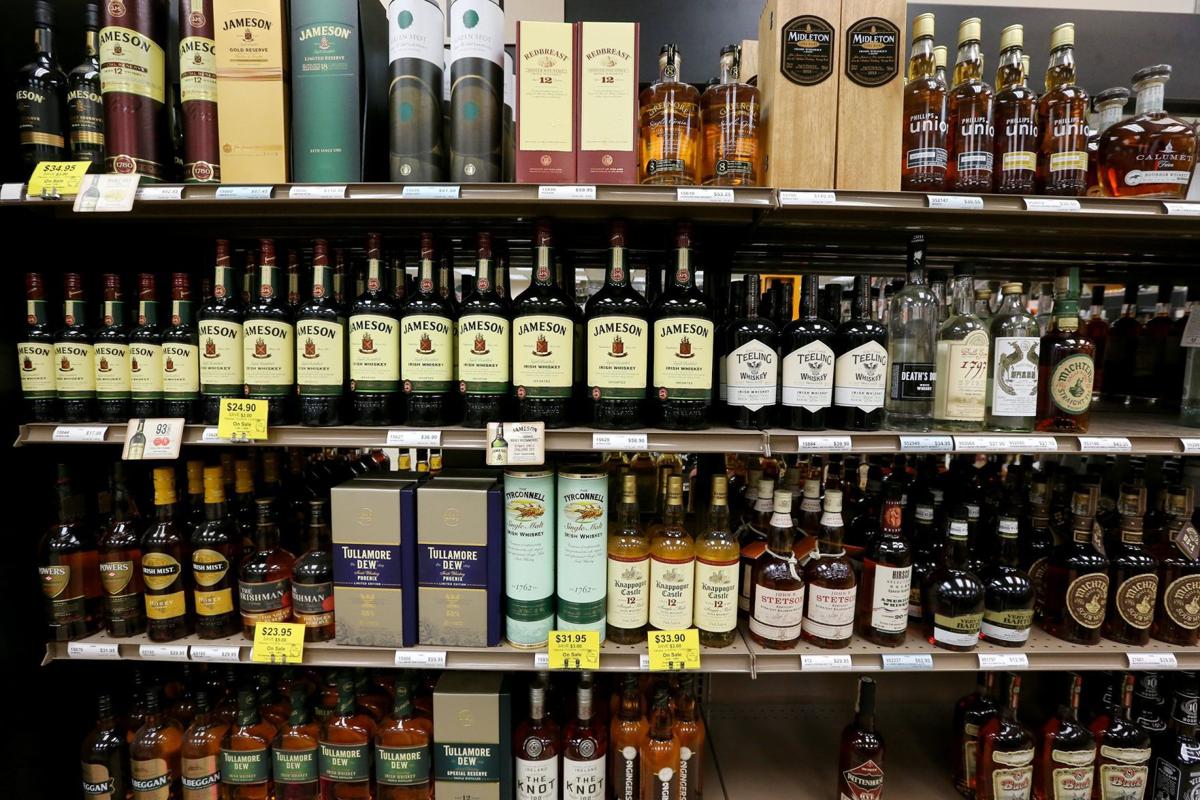 It’s official: Virginians are buying more booze while social distancing due to coronavirus — and they’re buying it directly from Virginia ABC.

Sales at the state’s liquor stores were up 59% year-over-year last week, an increase of $11.1 million for the state, according the numbers released Wednesday by the Virginia Alcoholic Beverage Control Authority.

The Richmond area saw a year-over-year sales increase of 64% last week, the second-highest in the state.

In total, Virginia ABC brought in $30.1 million in sales last week, an increase of $4.5 million from the previous week.

The total isn’t a record-breaker. Virginia ABC saw its highest sales weeks in 2019 — during the week of Thanksgiving and Black Friday ($32 million) and the week before Christmas ($31 million).

“Last week’s sales are not quite holiday sales numbers, but close,” said Taylor Thornberg, a spokeswoman for Virginia ABC.

Part of the “not quite holiday sales” could be the area where Virginia ABC lost sales last week: from restaurants and bars, which ABC calls licensees.

“Licensees typically make approximately 17-18% of Virginia ABC’s spirits sales, but during the given time period, this has dropped to 2.5%, with all of Virginia ABC’s sales increases coming from retail customers taking spirits home, also known as off-premises consumption,” Thornberg said.

Virginia loosened its restrictions late last week to allow restaurants to sell wine and beer for carryout and delivery. But the state-owned liquor monopoly has not yet permitted restaurants to sell liquor or cocktails to-go, something other states — including Texas, California, Maryland and New York — have done amid social distancing recommendations.

And ABC has no plans to allow restaurants to sell spirits to go, Thornberg said, despite Gov. Ralph Northam’s order this week limiting restaurants to carryout and delivery. The ban on dining in effectively ended Virginia restaurants’ ability to sell liquor in any capacity.

“[Cocktails] have the best margin of anything we sell. The cash flow alone could help us stay alive,” Anderson said. She shuttered the dining rooms at her three Richmond restaurants 10 days ago and moved to takeout .

She wasn’t alone. The Richmond area has more than 1,000 full-service restaurants. More than 100 of them have closed entirely since the second weekend in March, when social distancing was first recommended in Richmond. The rest are trying to hang on by selling take-out food — which brings in a fraction of the money and requires a fraction of the staff.

“If we could sell liquor to go, we could potentially double our sales and keep more people employed,” Anderson said. “Every sale we make lets me bring another worker in — we did well last week so this week I could bring in dishwashers.”

Thomas A. Lisk, a lobbyist for the Virginia Restaurant, Lodging & Travel Association, has been in conversations with ABC to use Northam’s state of emergency executive order to allow to-go sales of liquor as it did with wine and beer last week, thus far to no avail.

The holdup, according to Lisk and Thornberg, is a Virginia law from 1968 which stipulates that Virginia ABC can give a mixed beverage license only to a licensee to sell in a dining room (or bar area). It’s the same law that made “liquor by the drink” legal in Virginia.

Now, Lisk said, he’s drafting a letter to Northam to appeal to him directly.

In the meantime, Virginia ABC stores will remain open — albeit with reduced hours beginning Friday — as the only source for Virginians to legally purchase spirits.

“Virginia ABC has been deemed an essential service by Governor Northam and as the sole retailer of distilled spirits in Virginia, we are dedicated to filling our role in providing product to our licensees and the public,” Thornberg said.

I am not commenting specifically on allowing take-out sale of 'spirits' by restaurants, but as a general rule, we need to allow any temporary assistance that would be instrumental in businesses not permanently closing.

Some items are more important than others ….. and, if Mary Jane was legal …. imagine he tax coming in on that. Hallelujah, and Period.

The announcement from Governor over the weekend stated restaurants can in fact sell alcohol to go. Did they reverse that decision??

You can sell beer and wine to go but not spirits.

I'll just point out, there must be MILLIONS in sold liquor sitting on shelves.

Any place with a license should be allowed to sell drinks with spirits, to go, for the duration of the crisis.

Clearly a booze pandemic. That's $5 for every human in Va.

At 100% mark up or more, a years profit still wouldn't pay for improvements at the Capitol.

I guess in Virginia a 59% increase in booze sales is good news.

ABC stores are a “Essential” ? LMAO - made my day!

Booze, the "medicinal" medicine for pandemics, and everything else.