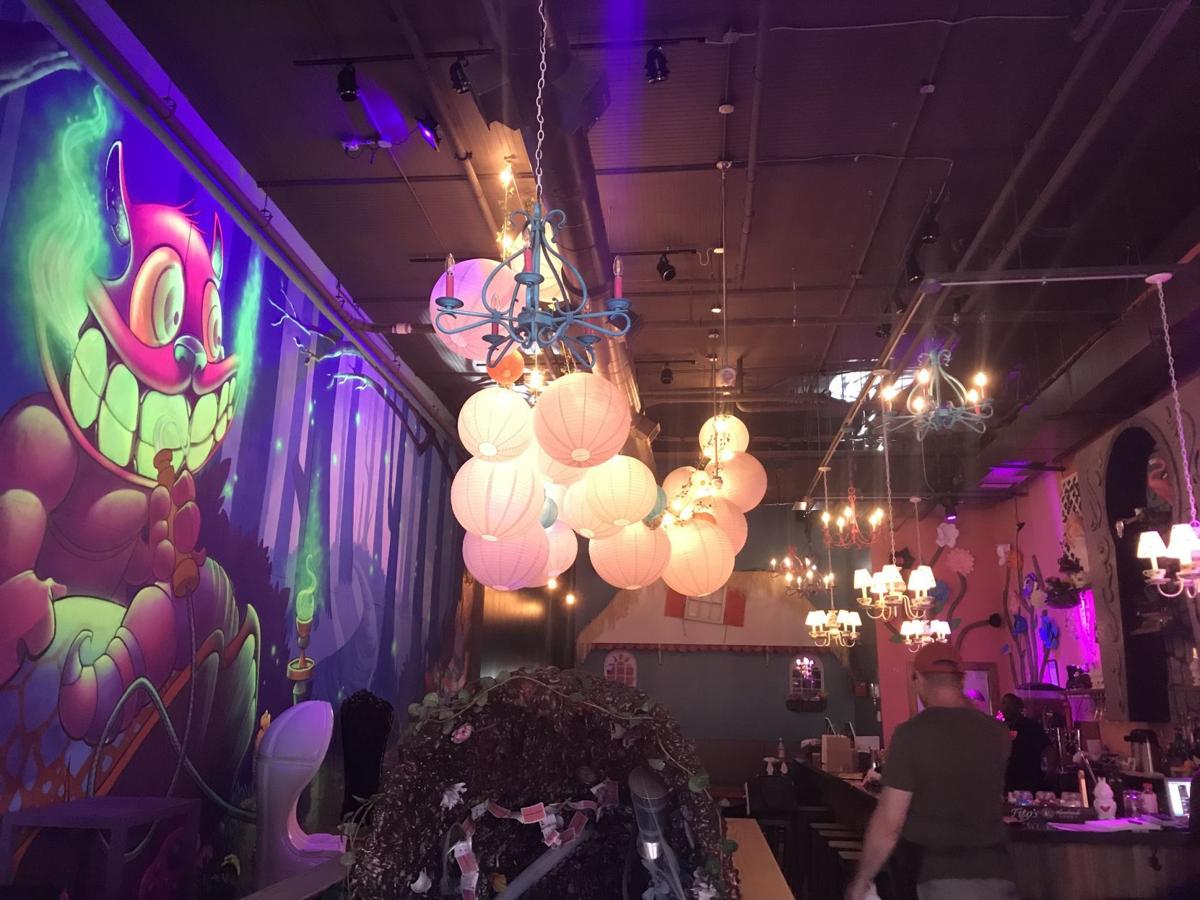 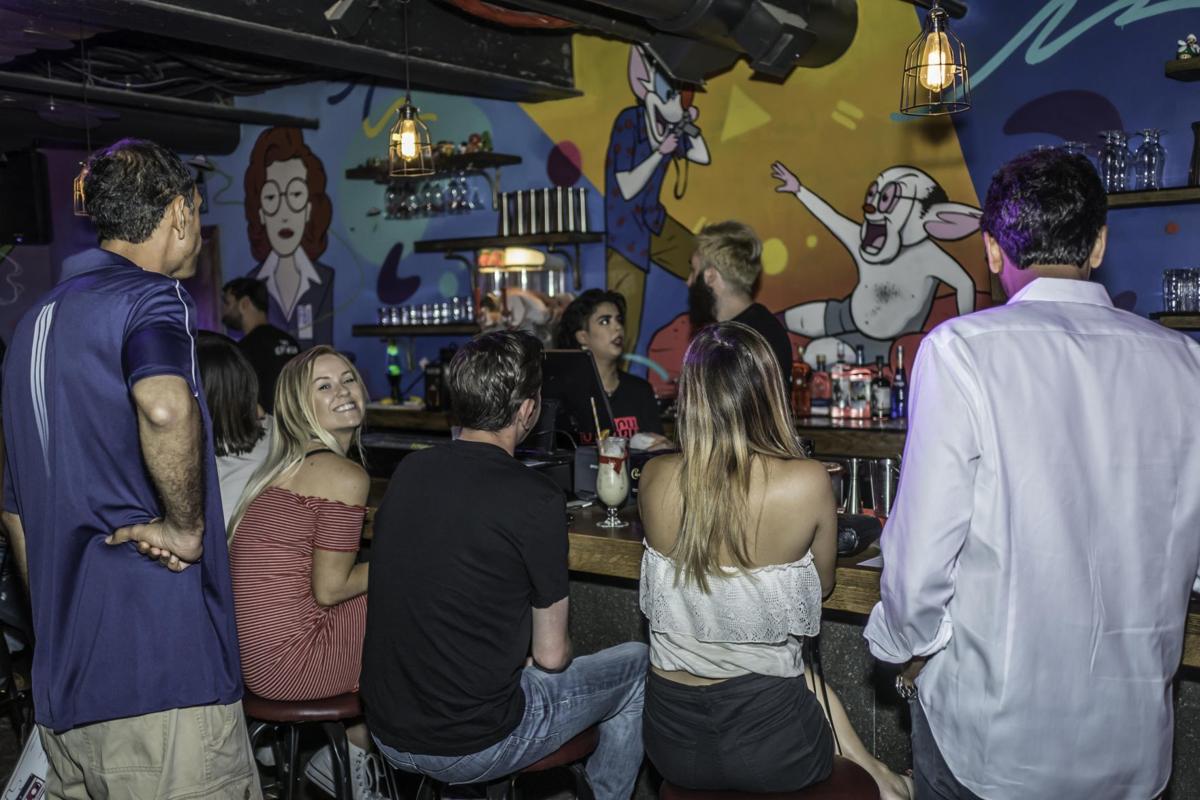 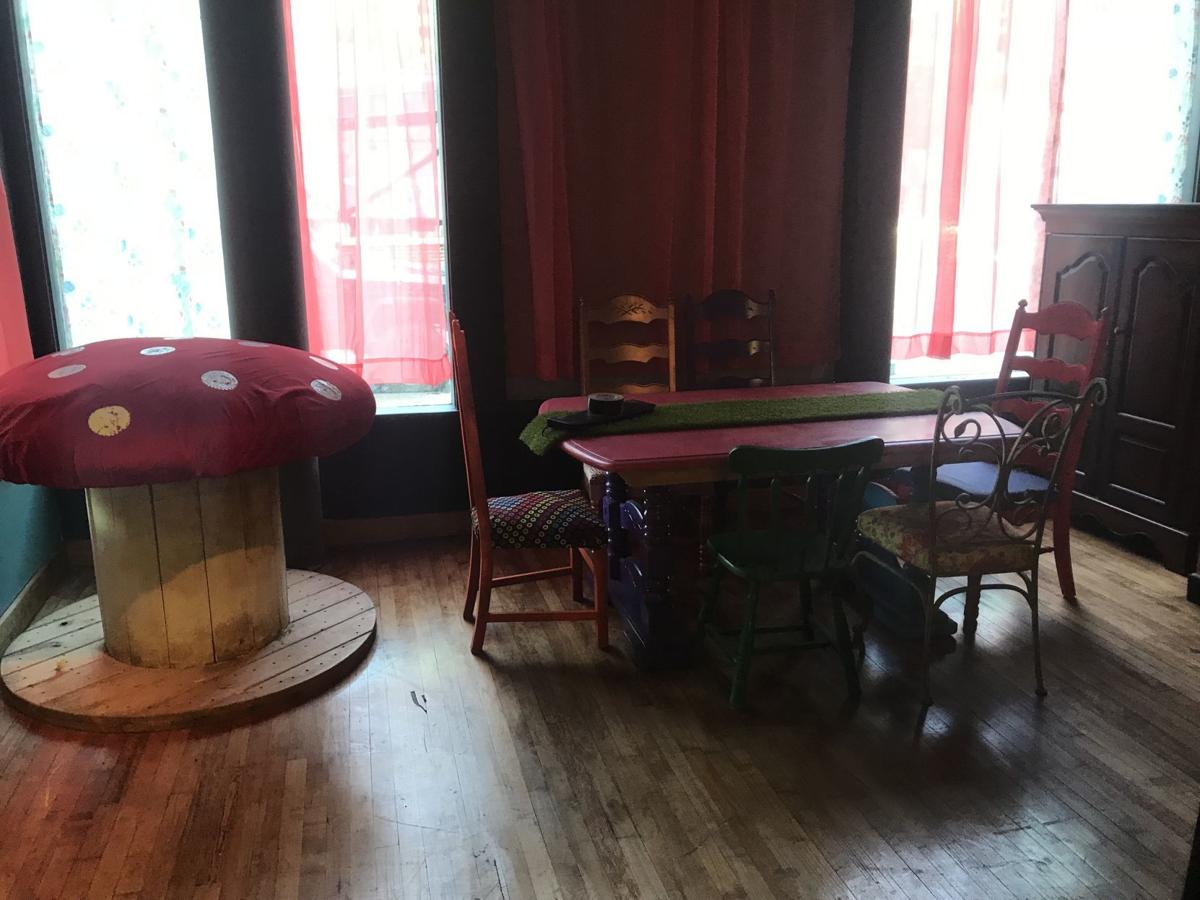 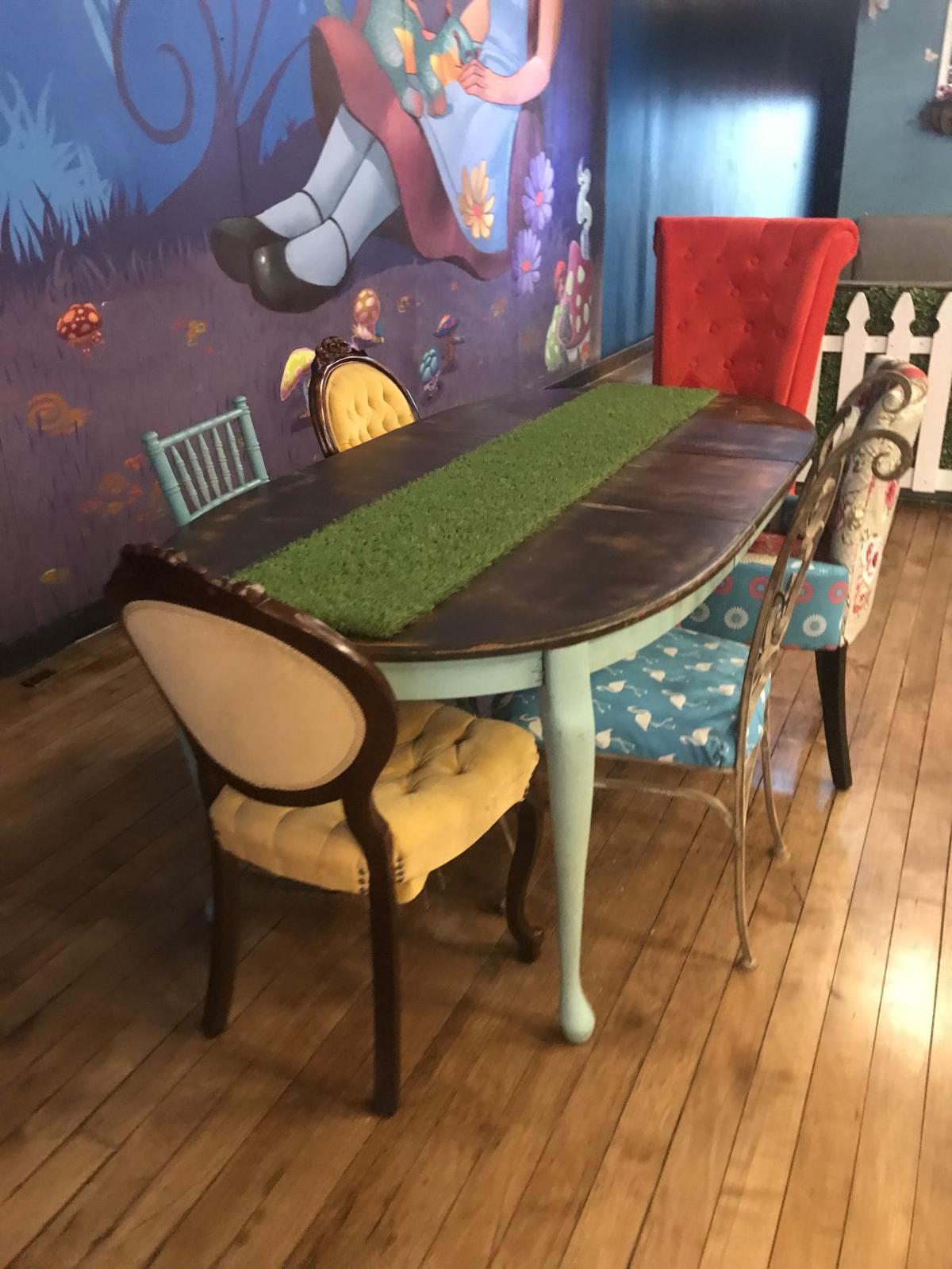 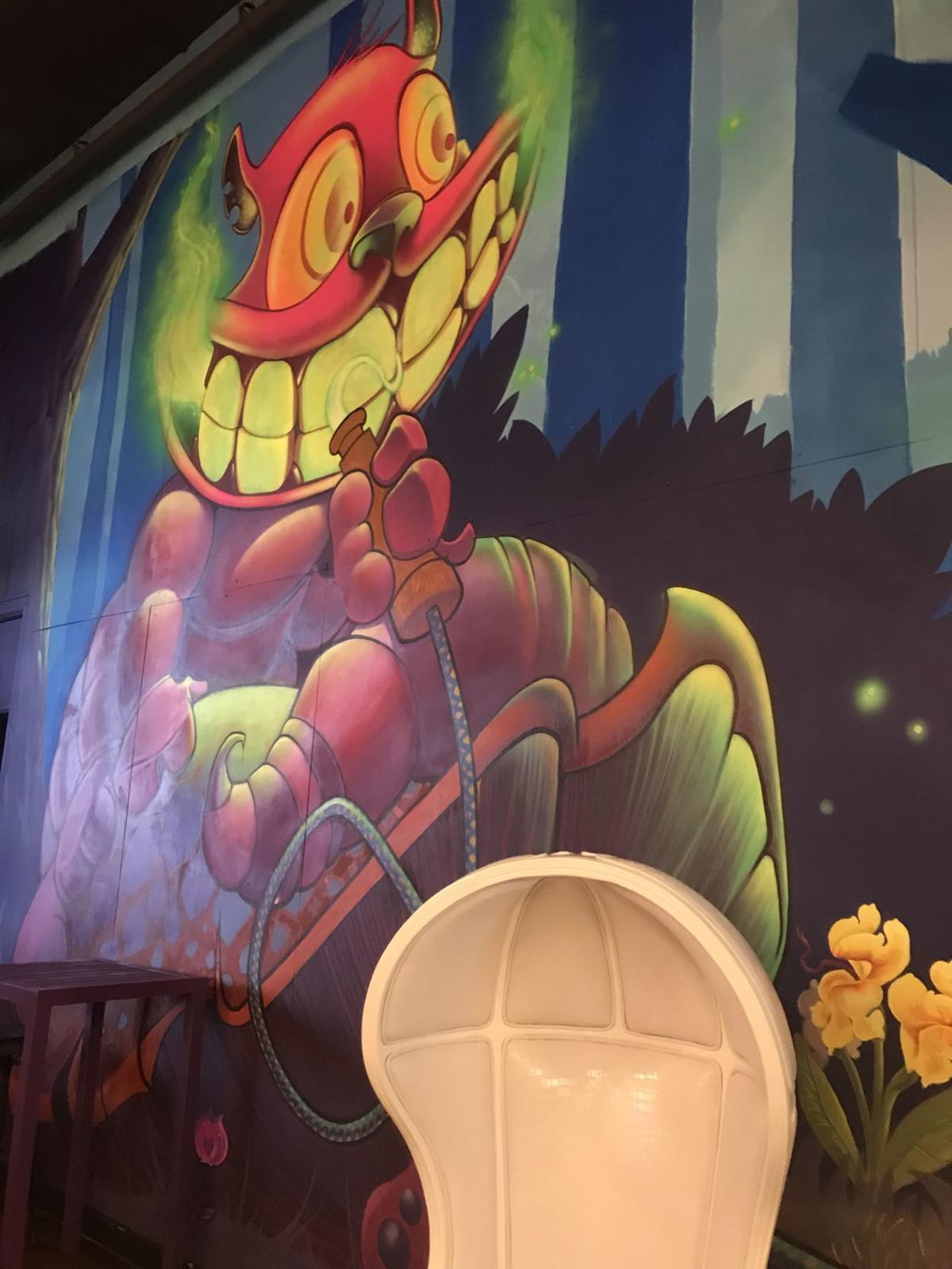 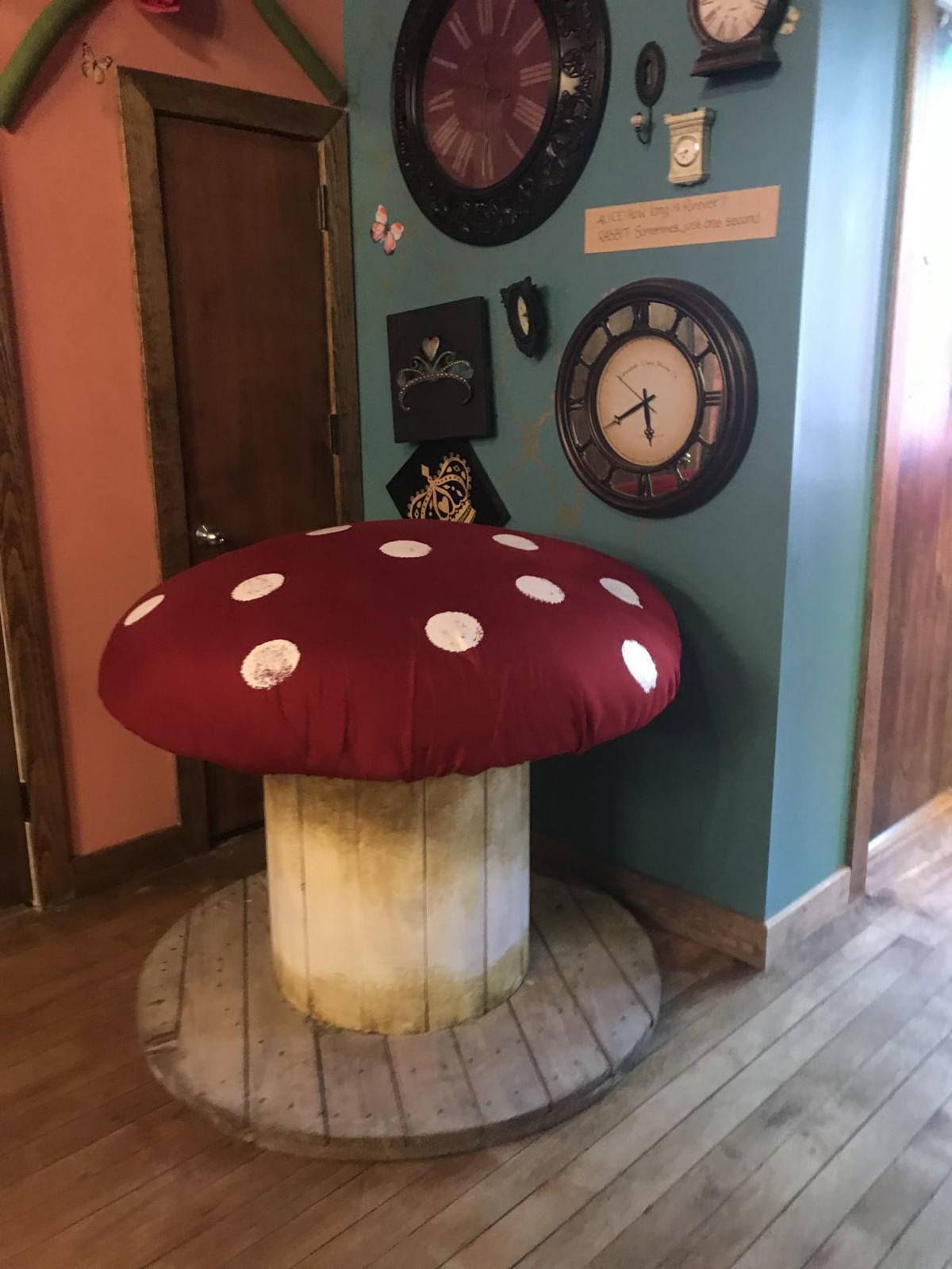 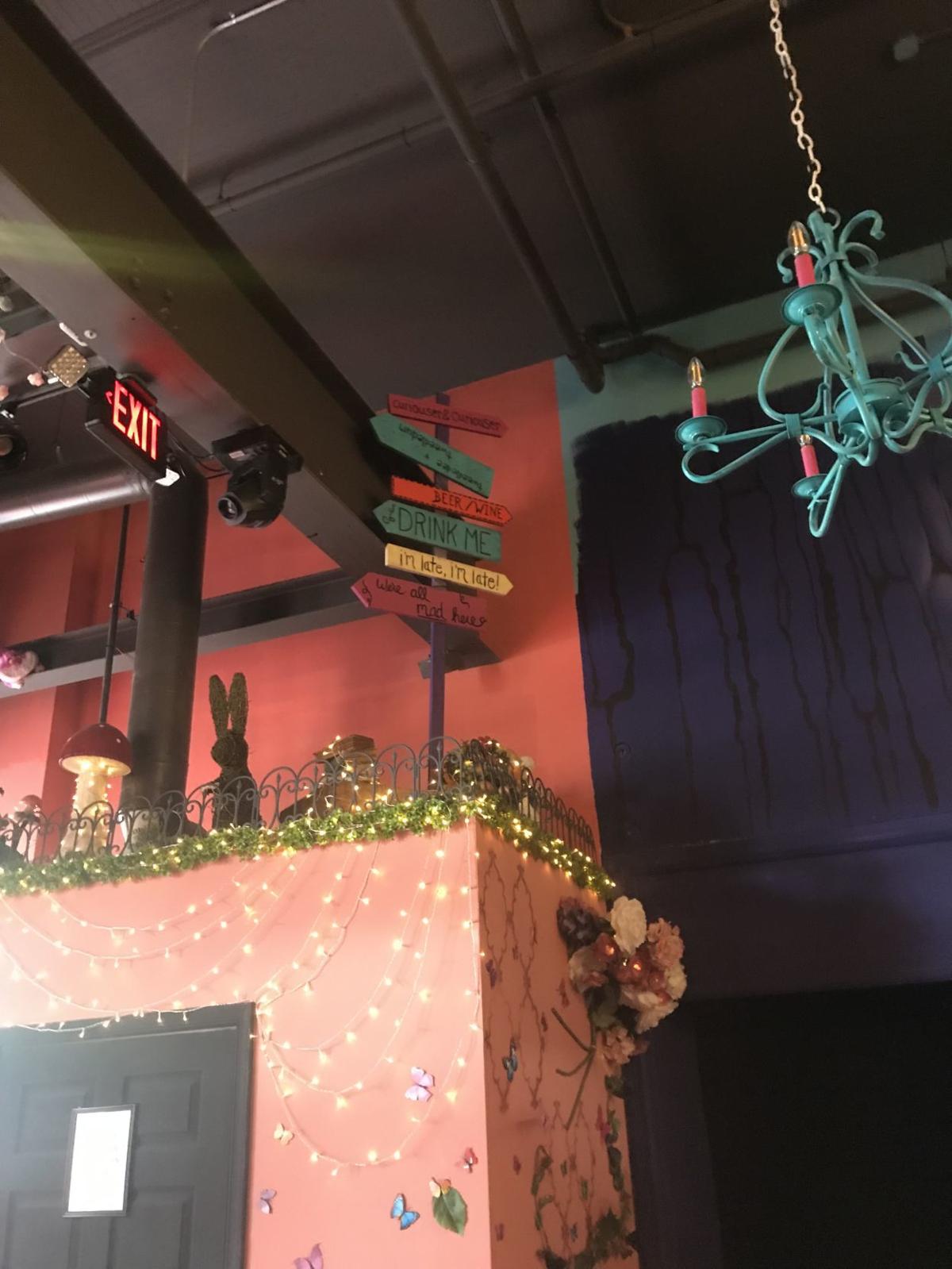 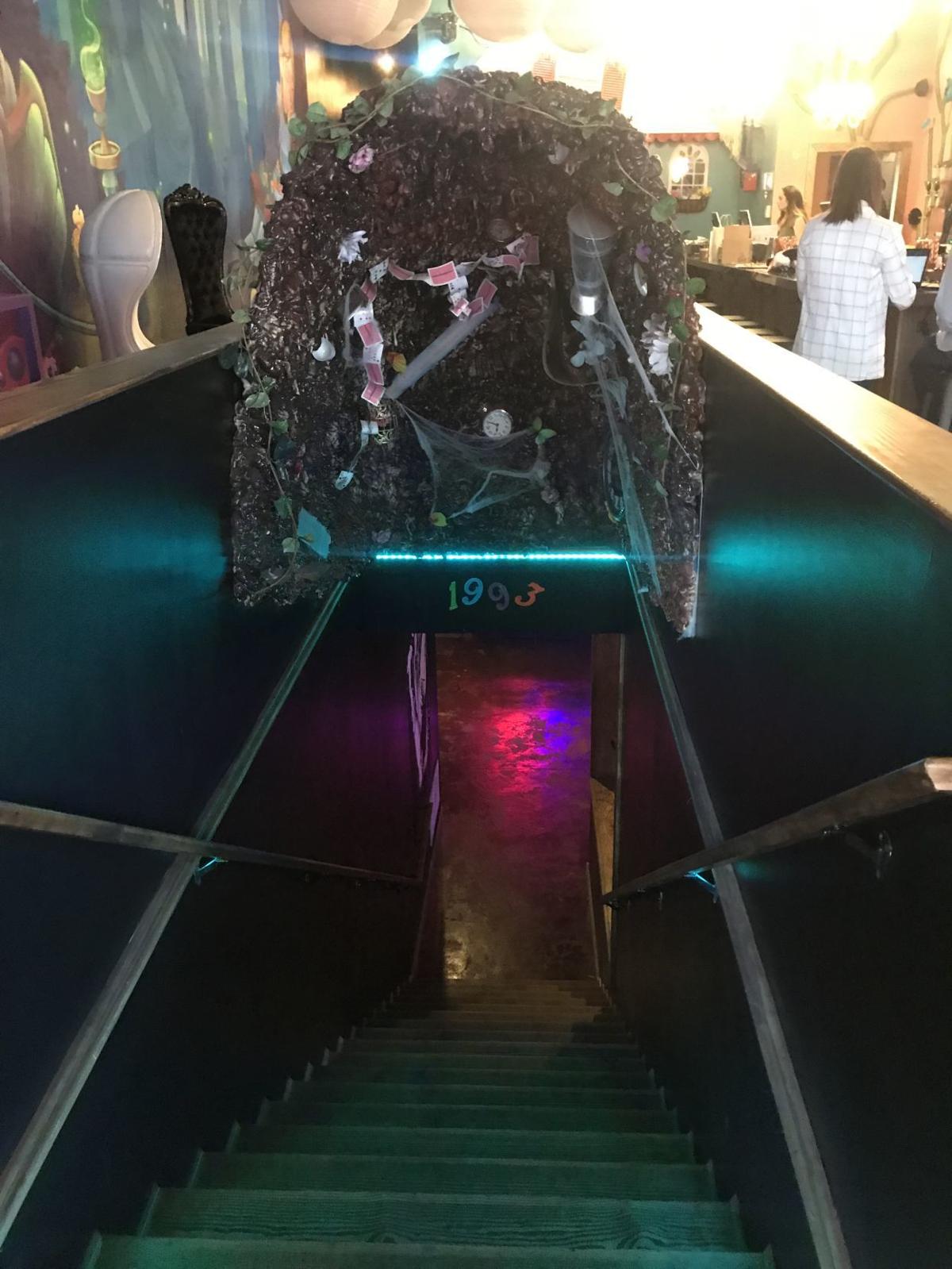 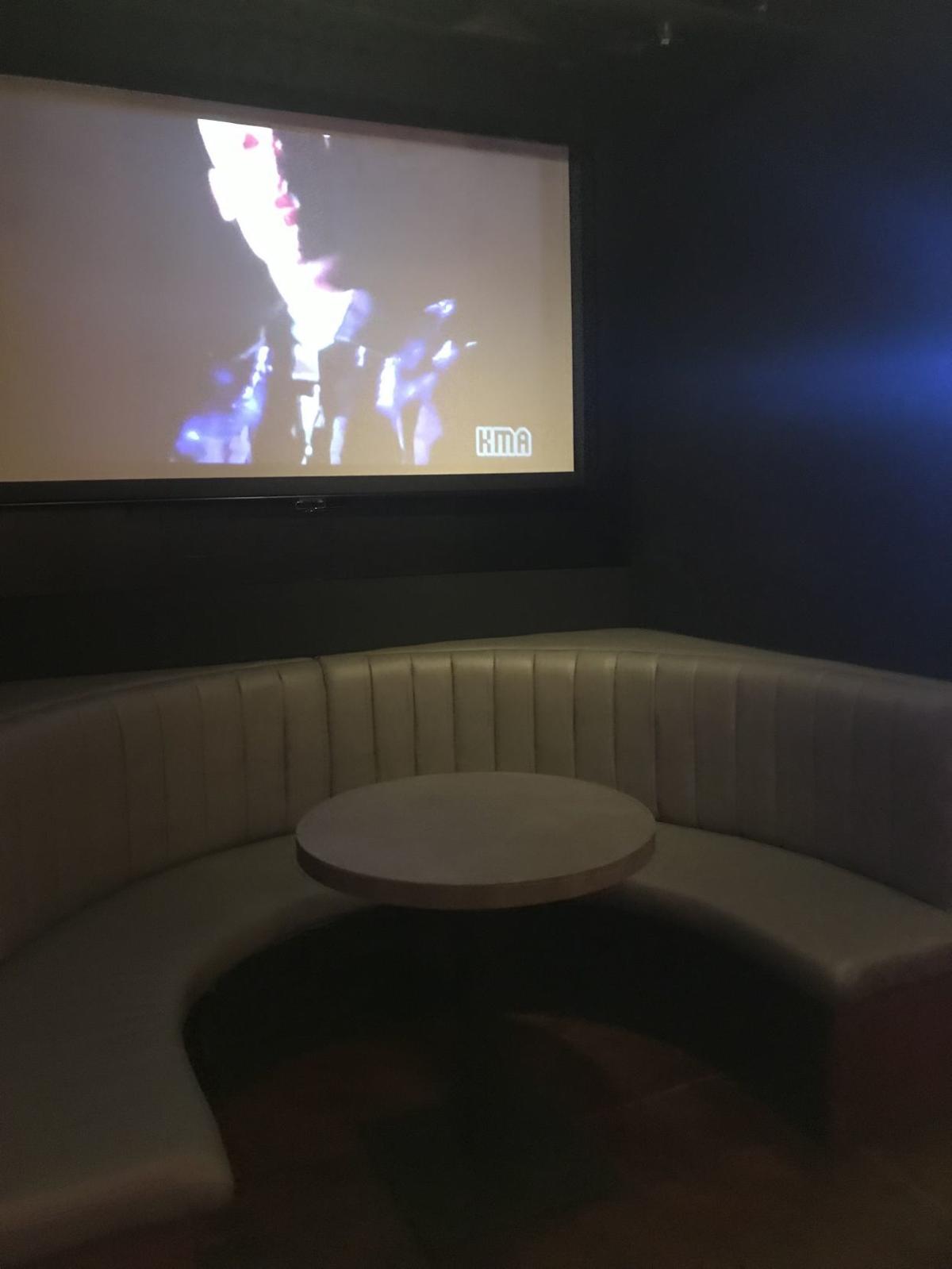 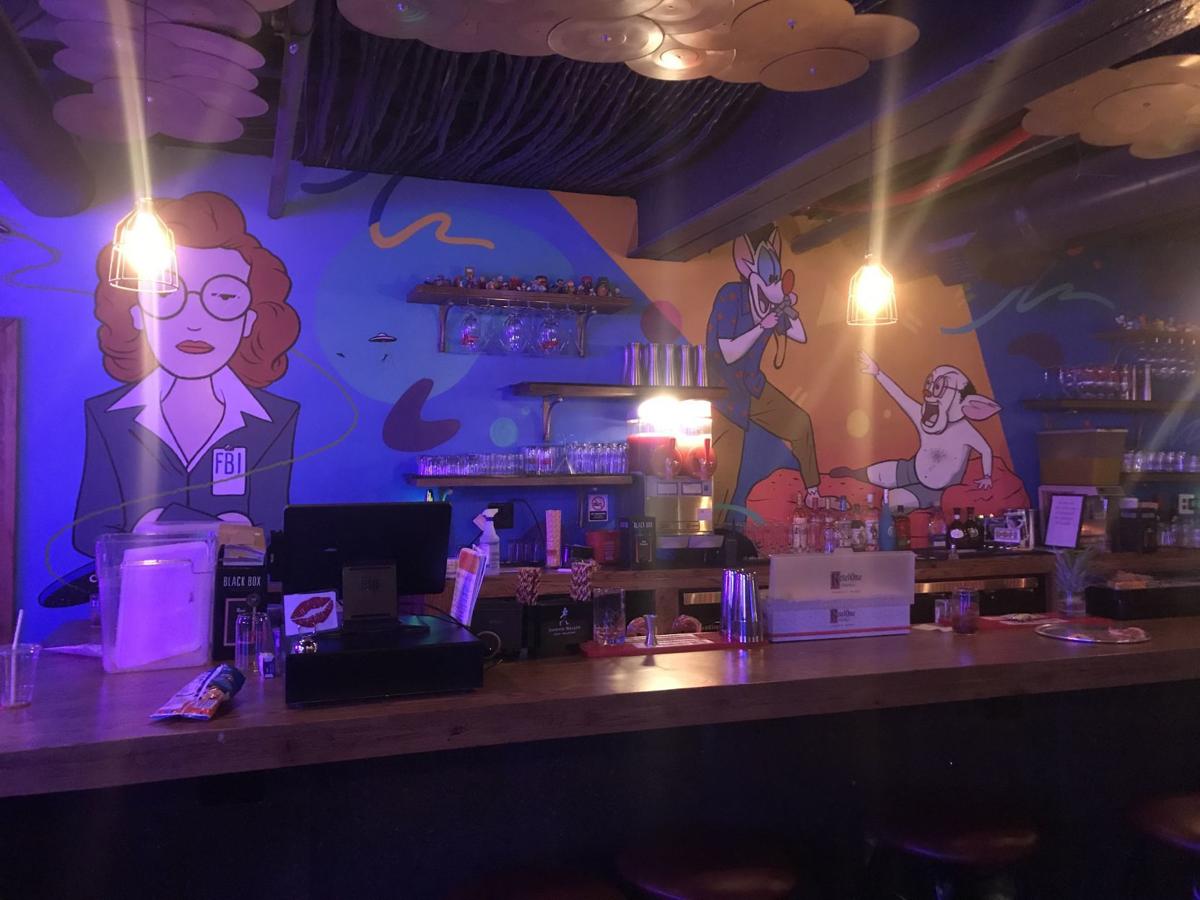 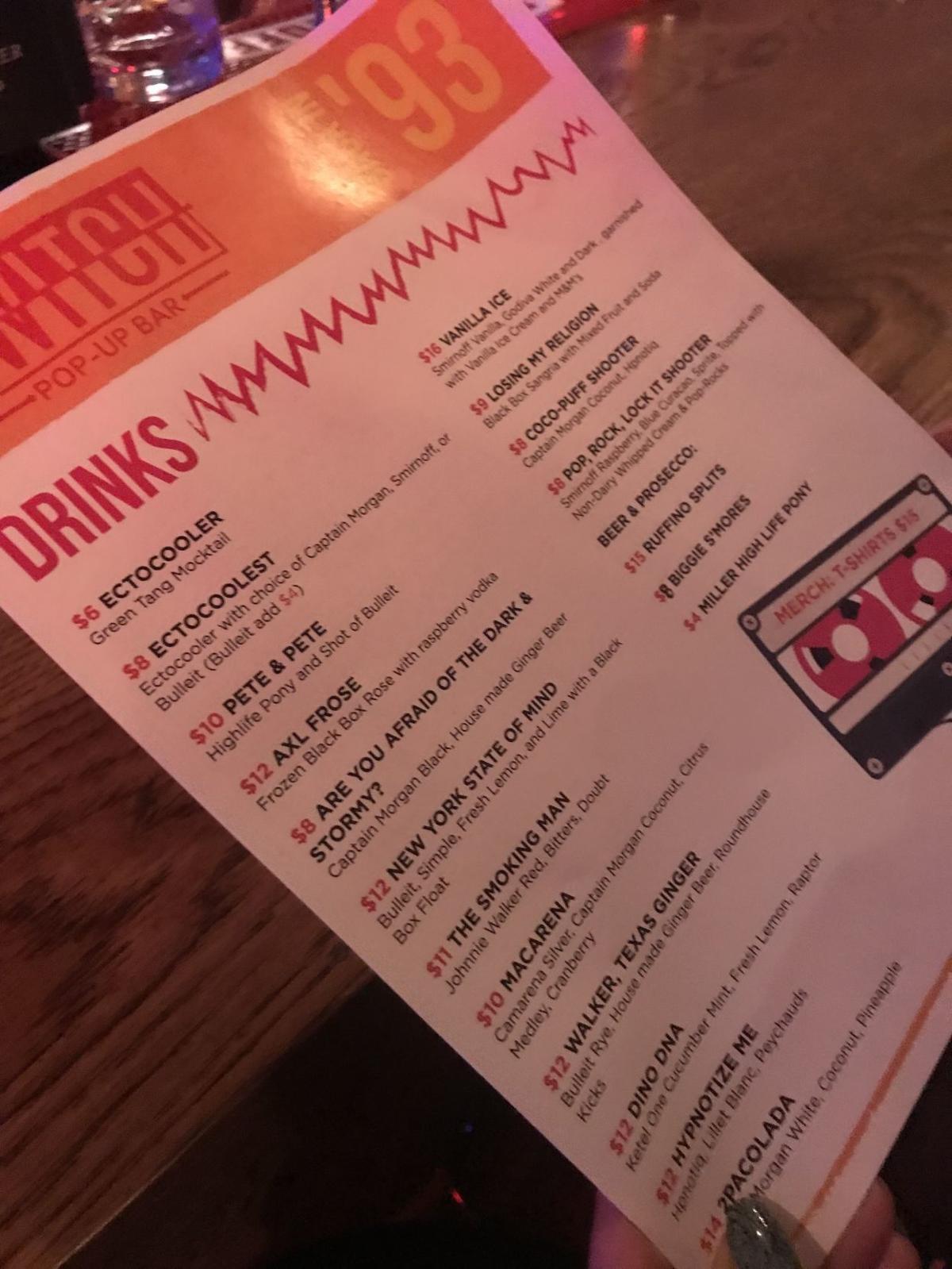 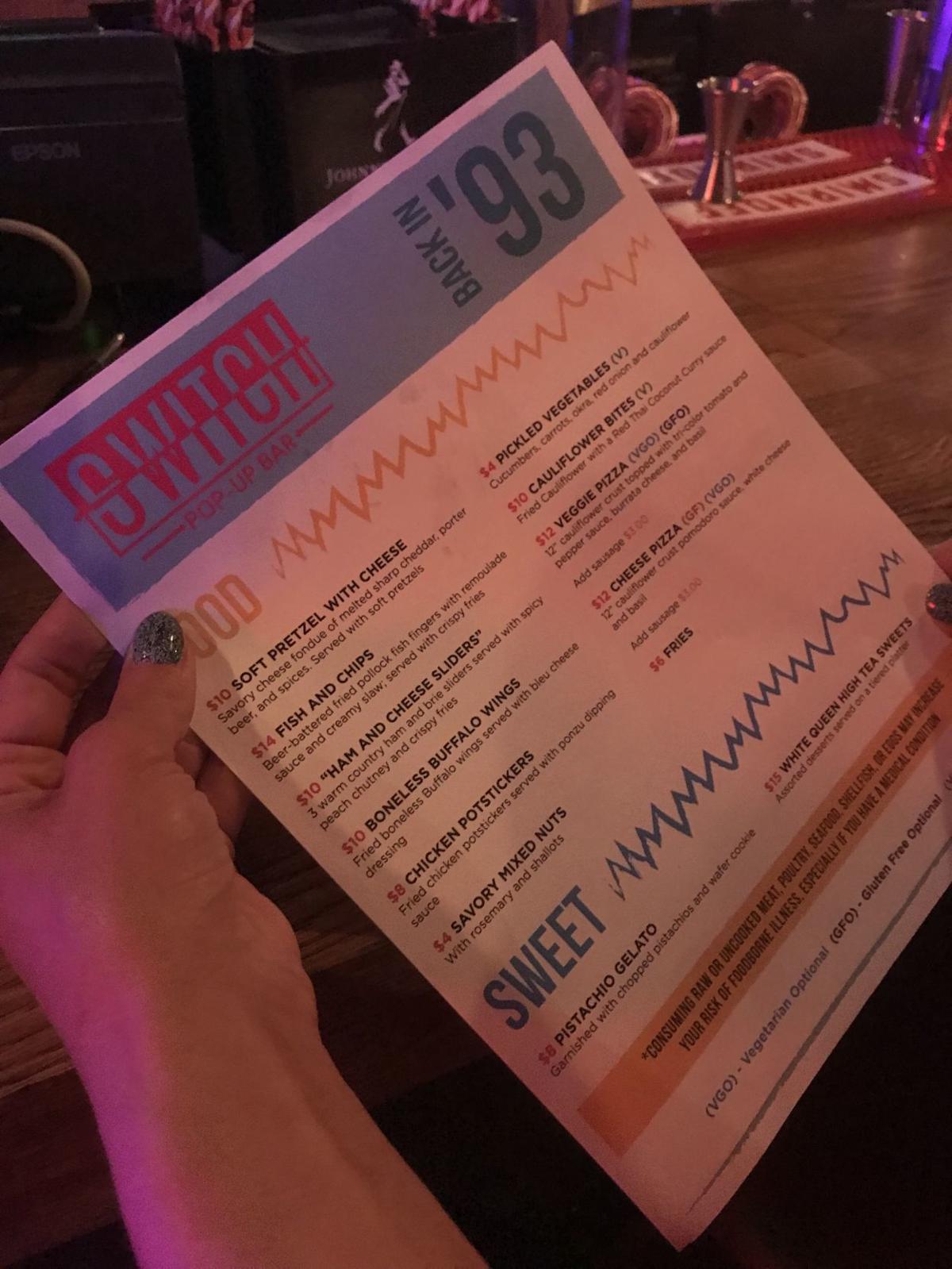 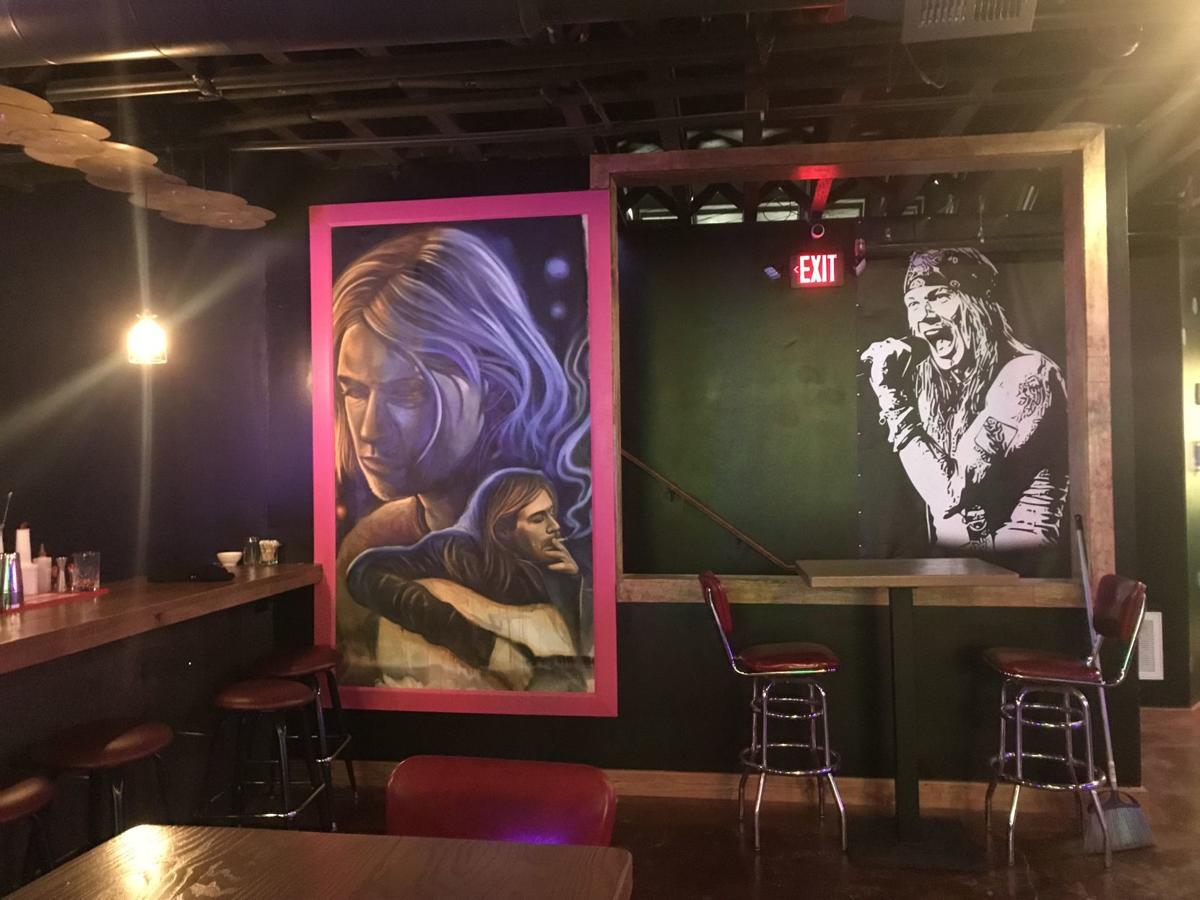 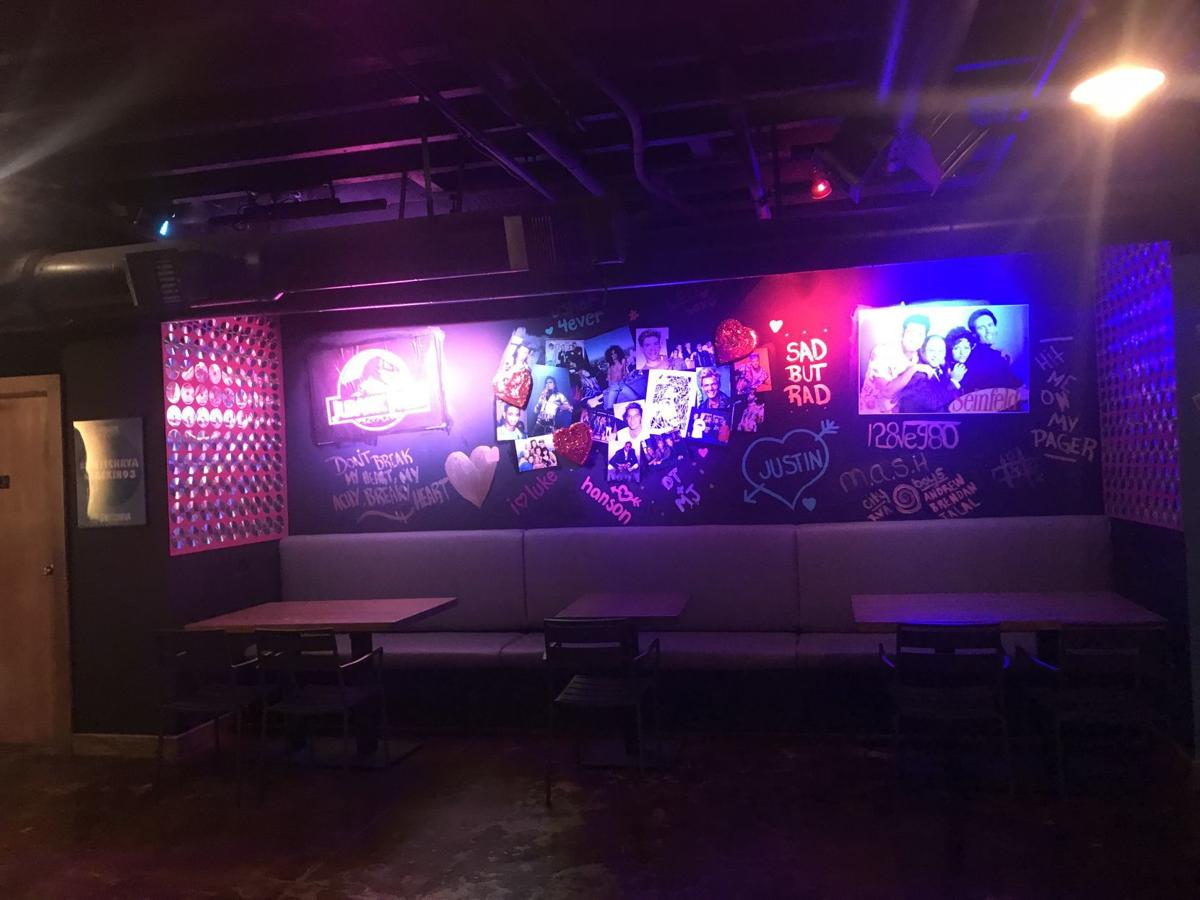 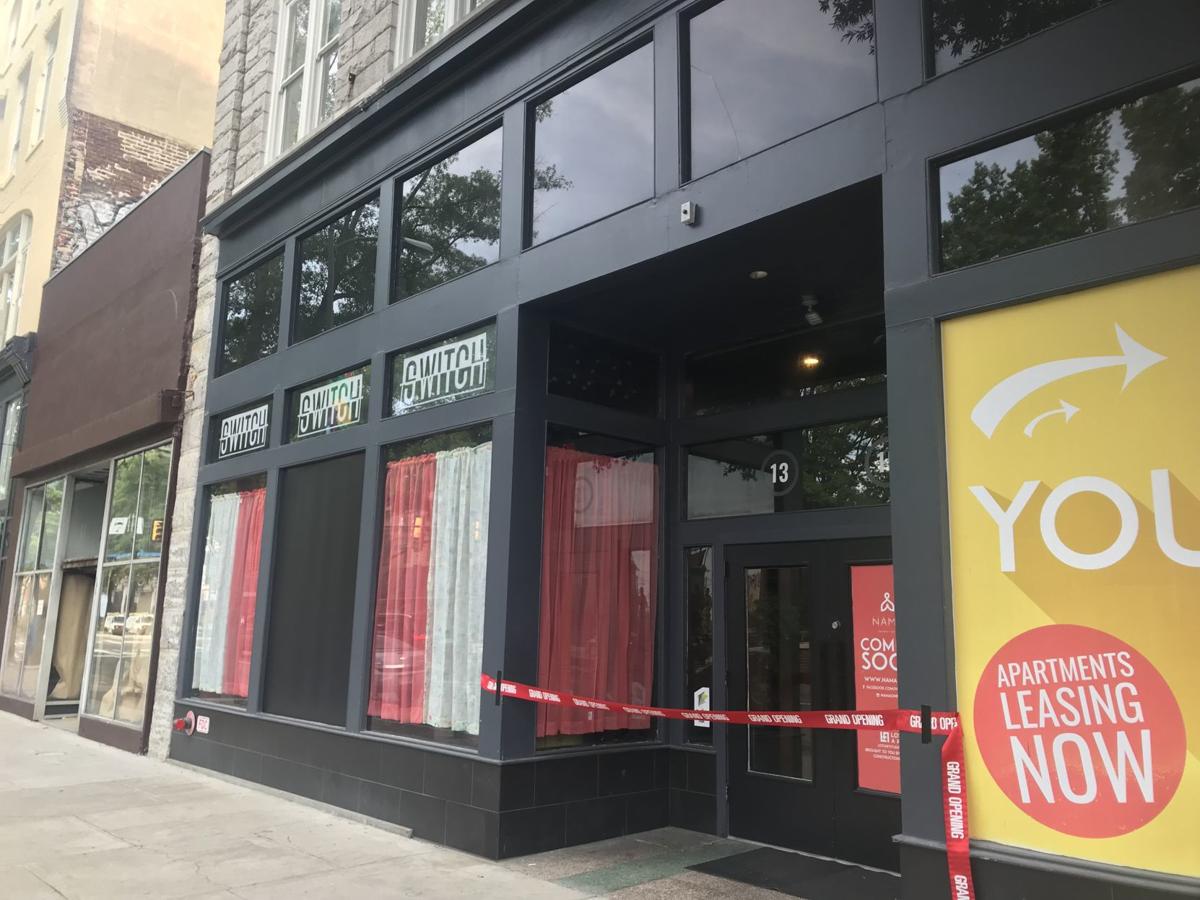 Last year, LX Group announced that it was planning a bunch of restaurants and bars in buildings clustered on one block of West Broad Street in downtown Richmond, plus one in Jackson Ward.

Nama was supposed to open first, but Switch cocktail lounge did, on June 6.

“Switch is a pop-up bar where the themes will change pretty regularly on a scale you see in D.C., like with the Cherry Blossom Bar,” Alisha Wieckmann, a spokesperson for the LX Group, told the Richmond Times-Dispatch last year.

Basically, Switch is a bar, and the look, concept and drinks will rotate regularly to reflect various themes. Switch, of course, serves food, as required by Virginia ABC law.

Switch has launched with two pop-up concepts — one for each level in the space.

Co-owner Crystal Shah served as curator for Switch and its themes.

“We wanted to create an ultra realm where people can come in and be entertained,” she said. “There are a lot of magical elements, even in the cocktails: smoking effects, drinks that change colors, potion bottles that say. ‘Drink me’...”

Shah (who is married to Kunal) said she worked with multiple Richmond artists on the space. They did everything from the wall murals (Alice and a Cheshire cat upstairs, Biggie Smalls and Kurt Cobain downstairs) to the whimsical seating, which includes large mushrooms and royal thrones upstairs. Night Owl (aka Mickael Broth) and Jesse Smith and Jennifer Bean from Loose Screw Tattoo were among those artists.

This is a project we’ve worked on for two years, to bring Alice to life,” Shah said. She said they “felt the public would receive it well” as a first concept, but they’ve got “a long scroll of concepts” already planned.

The frequency of the change will depend on the concept — some could last three months, others longer or shorter. But when the theme changes, so will the interior decor, the cocktail menu, and the bar and snack menu, and the crew will host a closing party where the artwork can be auctioned off to make way for the next concept.

The concept, co-owner Kunal Shah said, is one big art project where visual art, drinks, space and people all converge.

Switch is open from 5 p.m. to midnight Tuesday through Thursday and from 5 p.m. to 1 a.m. Friday and Saturday. Reservations are not accepted, and guests must be 21 or older. The seating is limited to “immerse you in our theme,” according to the Switch website.

As for the other concepts, Wieckmann said LX Group will share more news soon.

All three of the restaurants are going into buildings owned by SNP Properties. SNP group owns five of the six buildings on the southern side of one block of Broad Street between North Foushee and North Adams streets: 5-7, 13-21 and 27-29 W. Broad St. (everything except the building that houses Tarrant’s Cafe).