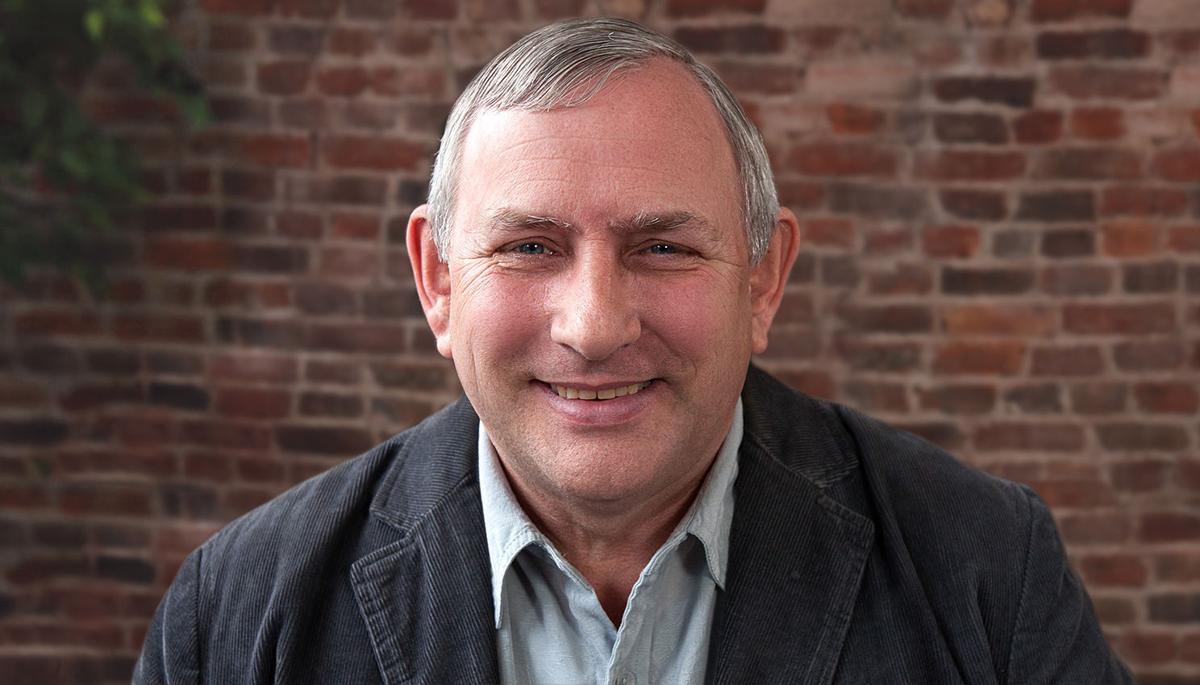 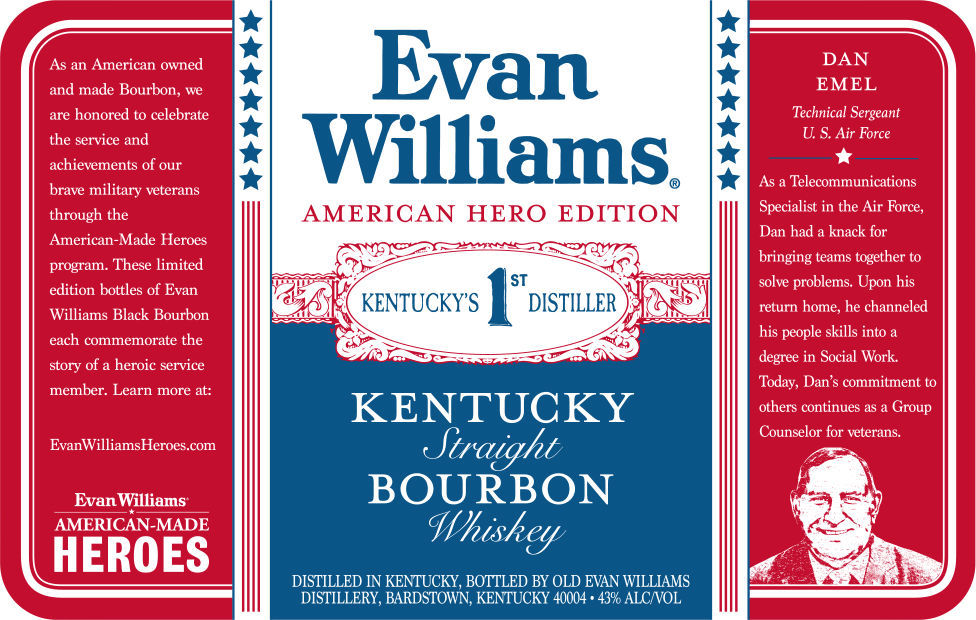 Evan Williams chose Ashland resident and Air Force veteran Dan Emel for one of its American Hero labels because of his commitment to service.

Walk into an ABC store, and you’ll immediately see the famous black label, not to mention its green and 1783 labels.

Evan Williams Black, as it’s commonly called, has been the kingpin in making the brand the second best-selling bourbon in the world.

Now, through the end of the month, you’ll see an additional label on the Black, this one in red, white and blue and sporting the name Evan Williams American Hero Edition.

Inspect it more closely, and you might see a familiar image, that of Ashland resident Dan Emel, a retired U.S. Air Force technical sergeant. Emel is one of only six people, each represented on different labels, selected for Evan Williams American-Made Heroes program.

Emel, a social worker who works with veterans in the Richmond area, was nominated by his daughter, Ashley Montesano.

“When I found out I was nominated I was amazed, excited and overwhelmed,” Emel said. “When I opened my letter, it brought me to tears.”

Emel’s selection was an easy choice.

“Dan’s selfless desire to give back was evident through his daughter’s nomination, which described him as her ‘go-to guy’ who rarely gives himself the credit he deserves,” said Chris Ratterman, a representative for Evan Williams.

“His intention to serve veterans even in civilian life through working at a federally funded veteran program, helping veterans through the often-difficult transition to civilian life, shows Dan’s commitment to a lifetime of service.

“Each veteran was chosen for their selfless acts of service at home and abroad, which Dan exemplifies in his daily life.”

Evan Williams not only picked a winner, but also picked a person who could identify with the product.

“I have always been a fan of Black,” he said. “I like the flavor. I would describe the taste as strong and robust, but not harsh. It excites my taste buds, and it doesn’t traumatize them like some brands.”

“I drink it mixed with cola if I am at a party,” he said. “I drink it straight if I am relaxing around the campfire.”

Starting the American-Made Heroes program was a natural for Evan Williams.

“As an American-made and -owned bourbon, supporting the military and our veterans is very important to our company,” Ratterman said. “We developed this program as a way to tell their story and provide direct support to veterans and showcase their amazing achievements and diversity.”

To learn more about the program, which runs through Aug. 3, go to www.American-MadeHeroes.com.

There’s more. By being selected as one of the American Heroes, Emel was allowed to pick a charity of his choice to receive a $10,000 donation from Evan Williams. Emel’s charity is the McGuire Veteran Affairs Medical Center (volunteer services).

Evan Williams chose Ashland resident and Air Force veteran Dan Emel for one of its American Hero labels because of his commitment to service.