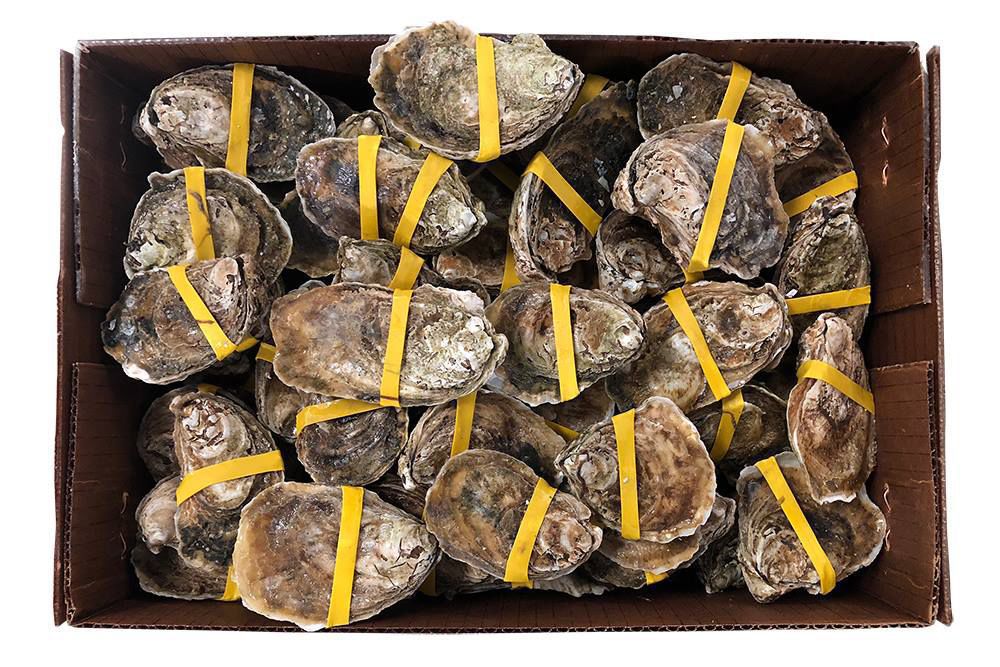 At a stop in Topping, tour-takers will see a new technology that uses high-pressure tanks and rubber bands to make oysters easy to open. 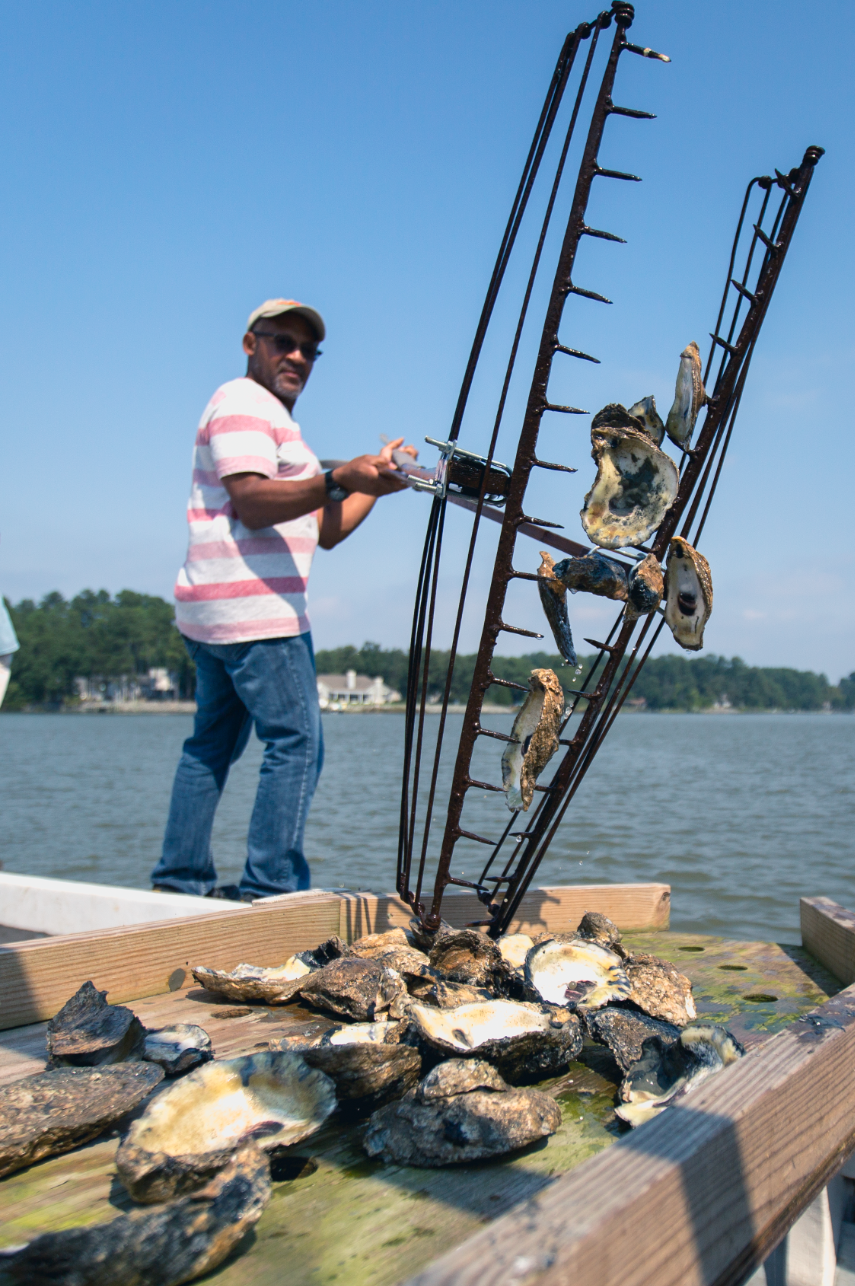 The Shuckapalooza self-guided driving tour will include a Tools of the Trade stop, which will feature a working shucking house and a chance to talk to watermen. 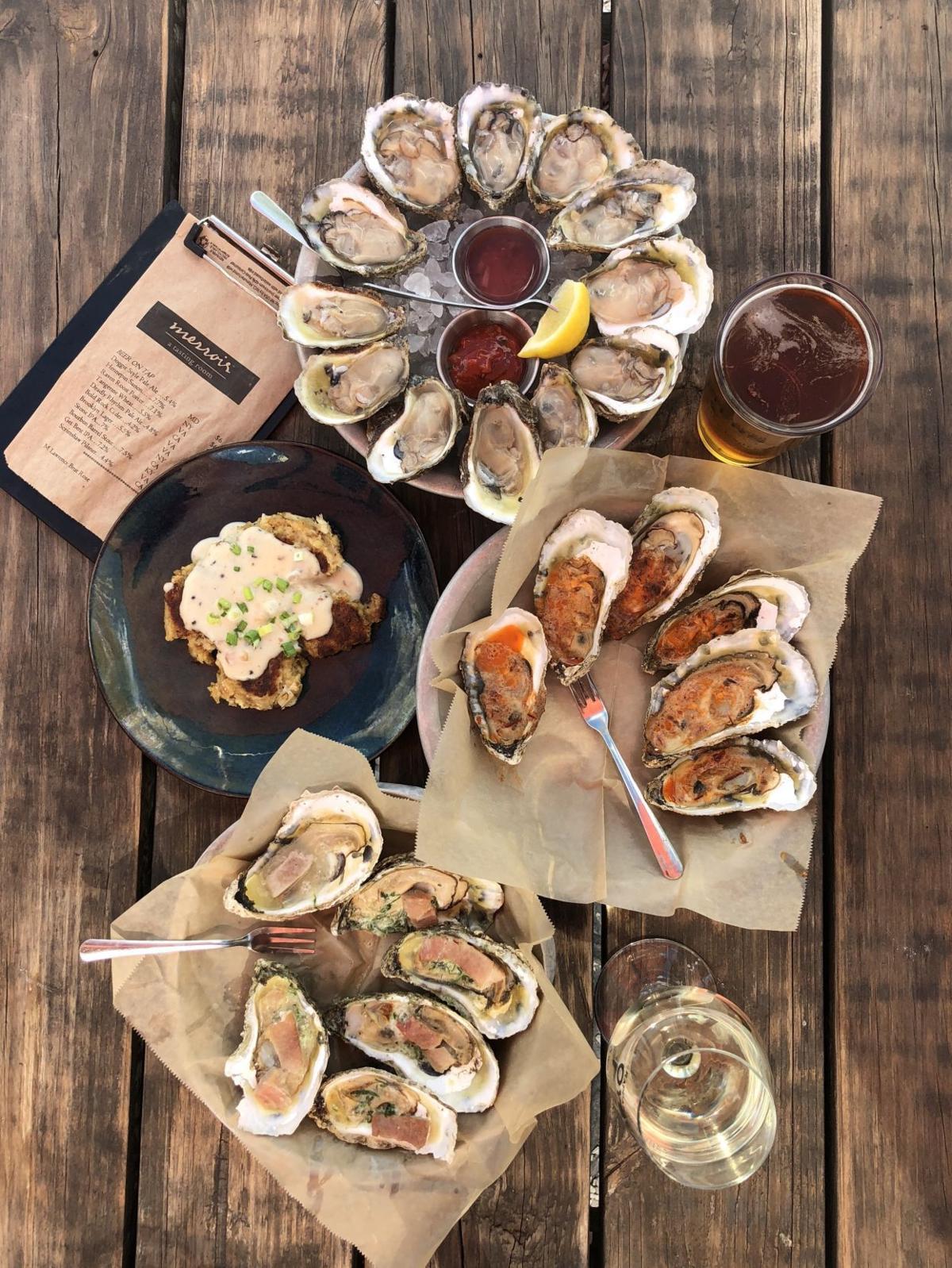 At many of the tour stops on the Shuckapalooza oyster farm-to-table event April 12, there will be pairings of the tasty bivalves with beer or wine. 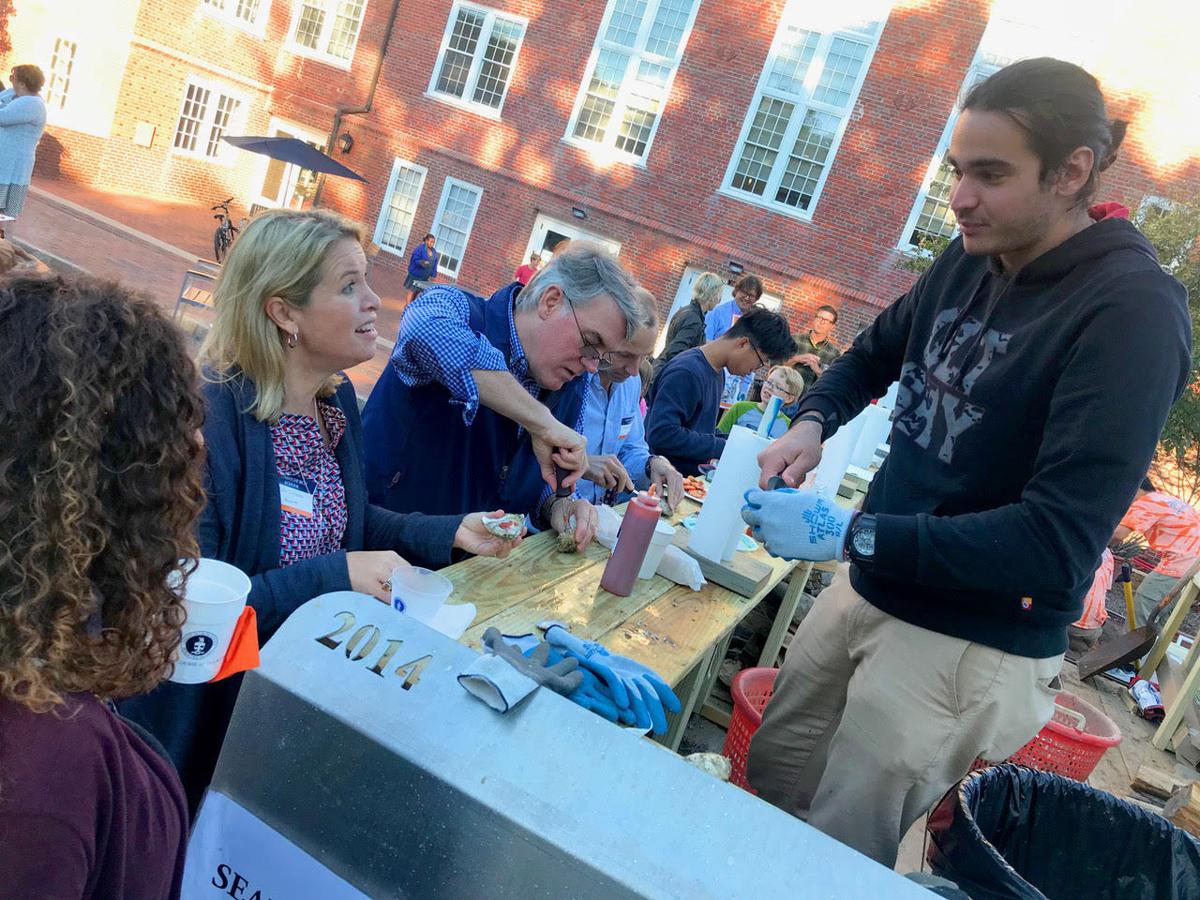 At Christchurch School, attendees will hear from students about their oyster business and get to taste one of their Chesapeake Gold brand oysters.

By ROB HEDELT The Free Lance-Star

If you’re already in love with oysters, or want to learn how they’re grown or harvested, a new regional event called Shuckapalooza may just be your thing: raw, roasted or fried.

The one-day event, which began with the notion of creating a different sort of farm tour, is set for April 12 with seven stops in Lancaster and Middlesex counties.

The event created by the Virginia’s River Realm marketing project, with proceeds going to support Friends of the Rappahannock, is designed to bring visitors to the region by giving them access to oyster sites and experiences not otherwise open to the public.

One is called Babies and Beer, a stop where visitors will get an inside look at the oyster-growing nursery at Rappahannock Oyster Co. in Topping, just a few steps from the Merroir restaurant operated there.

Joni Carter, a consultant for the River Realm project, came up with the idea of Shuckapalooza. She said visitors will see “how oysters are raised, from the time they’re the size of the head of a pin to the perfect oyster sold on the half shell. And they’ll get the chance to sample a raw oyster there with a paired beer tasting.”

Susan Cockrell, who works for the town of Kilmarnock and helped create the Virginia’s River Realm website and marketing effort, especially likes the The Shucking Sanctuary stop at Tides Inn in Irvington.

“I think this will be the hottest of hot spots on the tour,” she said. “At the dock, there will be displays from Friends of the Rappahannock, our partner in this project, where they will be talking about ecology and the role that oysters and oyster reefs plays in it.”

She noted that those who purchase the tickets — now going at $125, but increasing to $150 in the days before the event — won’t just stay on land.

“There will be a Chesapeake Bay deadrise waiting to take folks out onto Carter’s Creek to dump oyster shell onto the reef FOR is creating there,” Cockrell said. “They’ll learn why that’s done, the role it plays in oyster restoration and how important it is to recycle the shells of all the oysters eaten.”

Want more? How about these stops on the self-guided driving tour that stretches 20 miles or so from one end to the other:

Beach Roast: An old-fashioned Southern oyster roast on the beach below the Willaby’s Café Restaurant in White Stone by the Rappahannock River Bridge. In addition to beer tastings to complement a sampling of roasted oysters, a working boat from Miss Mary’s Seafood will give folks demonstrations on oyster tonging and more.

Tools of the Trade: A visit to Urbanna Seafood, where participants can tour an authentic oyster shucking house, watch a demo on how to shuck an oyster and talk to watermen who do it for a living. Also there: a waterside restaurant and retail seafood shop.

Oysters 101: A visit to Christchurch School near Saluda, where students will explain their business that raises and sells Chesapeake Gold oysters on 101 acres of nearby river bottom, as well as provide details on the ecology of the work. Visitors will get a chance to try Christchurch’s Chesapeake Gold oysters paired with a tasting of Ingleside wine.

East vs. West Shuckdown: At Dog and Oyster Vineyard in Irvington, visitors can see to what extent oysters and wine grapes take on the taste of where they are grown. In a truly culinary experience, folks can compare the pairing of Dog and Oyster wine and Rappahannock River oysters (the West) with pairings of Chatham Vineyards wine and Shooting Point oysters (the Eastern Shore).

Shuck-No-More: At HPP of Virginia in Topping, visitors can see a high-tech way to shuck oysters with a high pressure machine that leaves an oyster completely separated from the shell in its own brine. A tour of the facility ends with sampling of an oyster prepared by the HPP machine.

Cockrell said visitors taking part in the program will check in and “get a big swag bag” at Christchurch School, where they will get suggestions for lunch and more information about the seven stops. With only 250 tickets being sold, the idea is to create what Cockrell called an intimate event.

“They can do one or all seven,” she said, noting that the organizers have worked hard to make all the stops “bucket list-worthy” experiences.

She said the tour, which organizers want to become an annual event, was created to be an unusual experience that brings people to the region for what is hoped will be an extended visit.

Carter said her idea of tapping into the resurgence of the oyster was rooted in the fact that, “We have a whole new generational group of people who want to learn about oysters. Unless you’re friends with someone inside the fishery, chances are you’ve never been inside or know what happens at an oyster farm or inside a shucking house.”

I don't really know why people think a soufflé is difficult, because it emphatically is not. It's easy, versatile and can be pulled together v…

At a stop in Topping, tour-takers will see a new technology that uses high-pressure tanks and rubber bands to make oysters easy to open.

The Shuckapalooza self-guided driving tour will include a Tools of the Trade stop, which will feature a working shucking house and a chance to talk to watermen.

At many of the tour stops on the Shuckapalooza oyster farm-to-table event April 12, there will be pairings of the tasty bivalves with beer or wine.

At Christchurch School, attendees will hear from students about their oyster business and get to taste one of their Chesapeake Gold brand oysters.