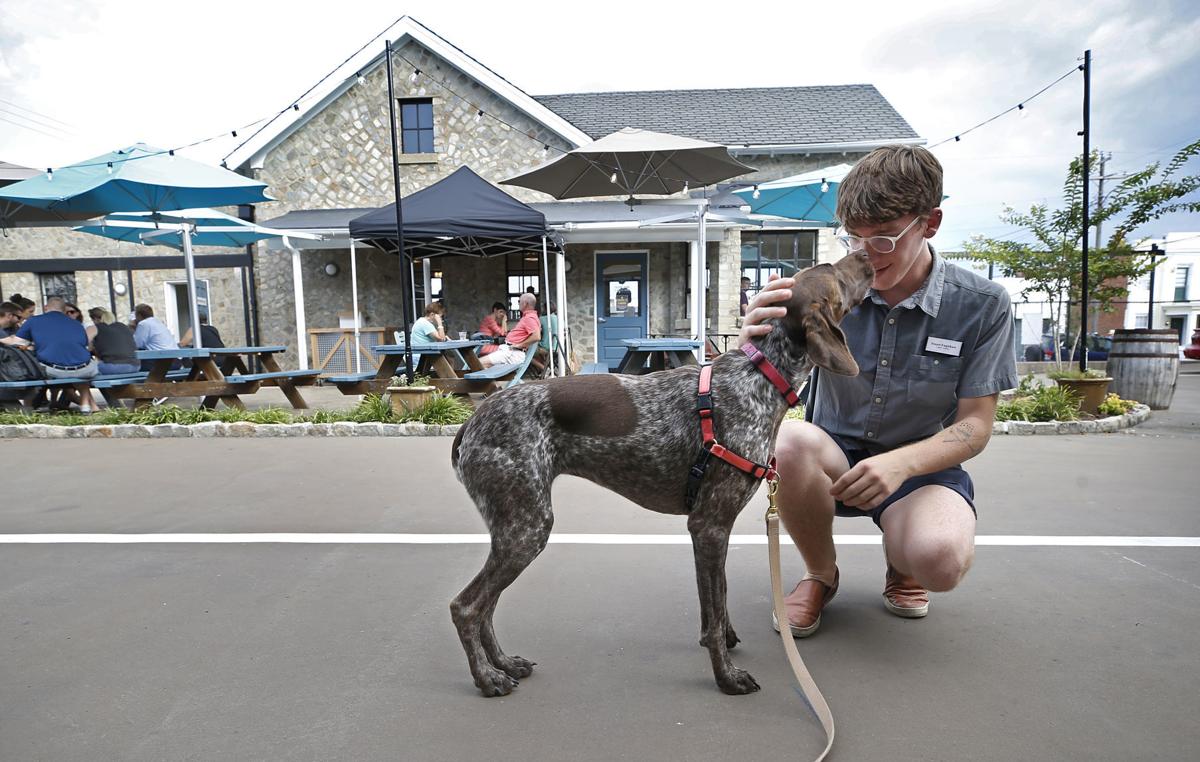 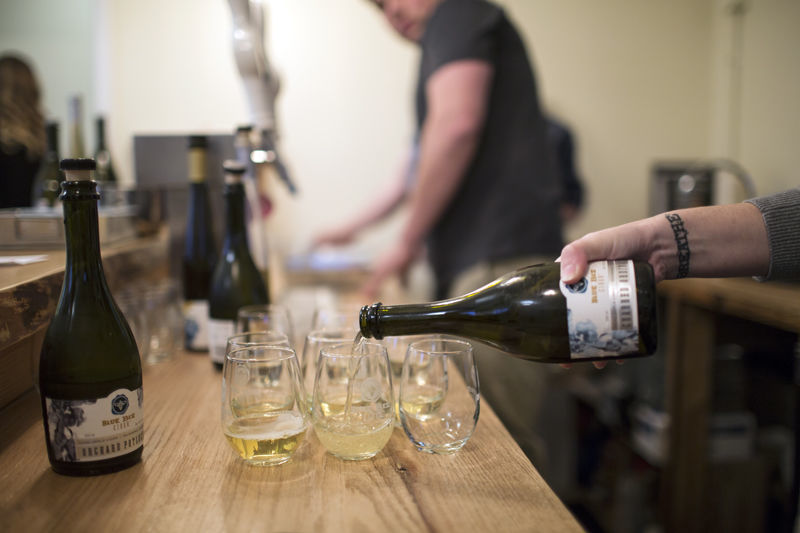 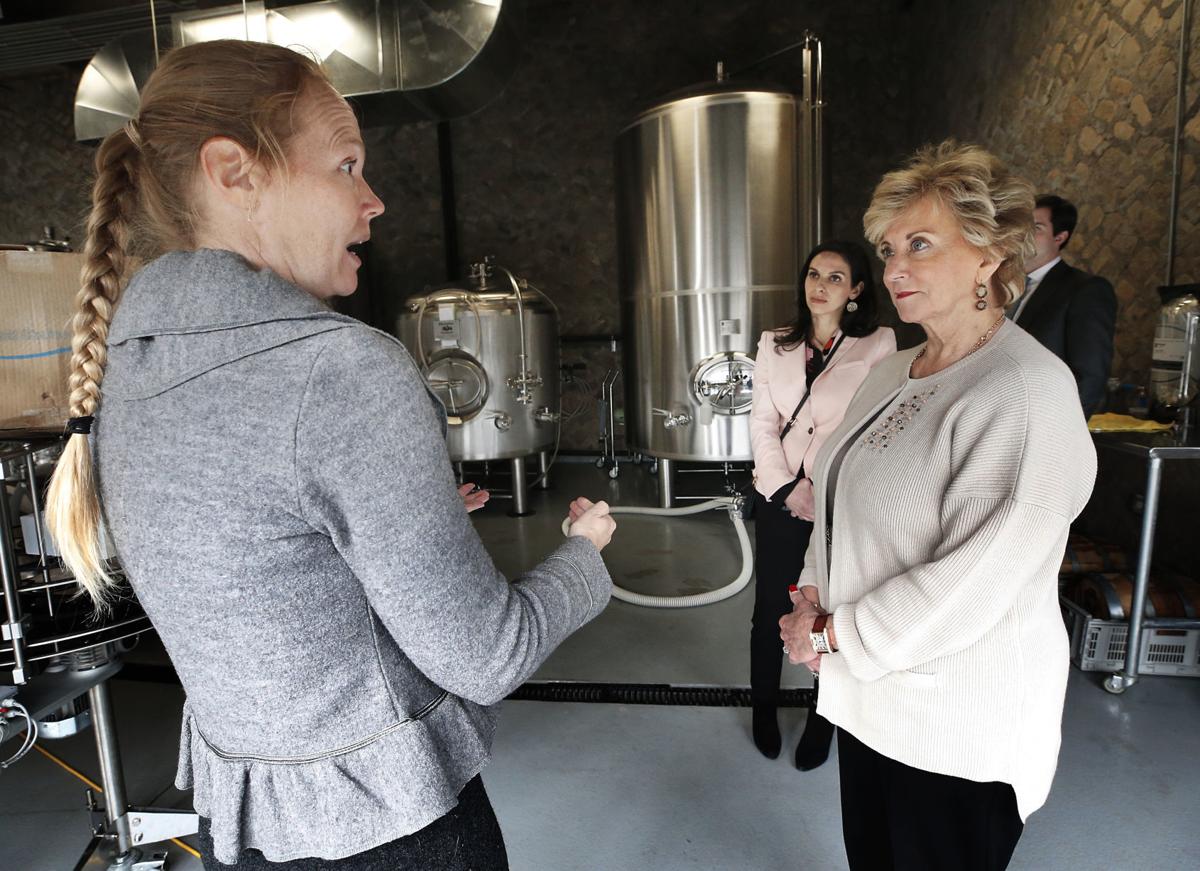 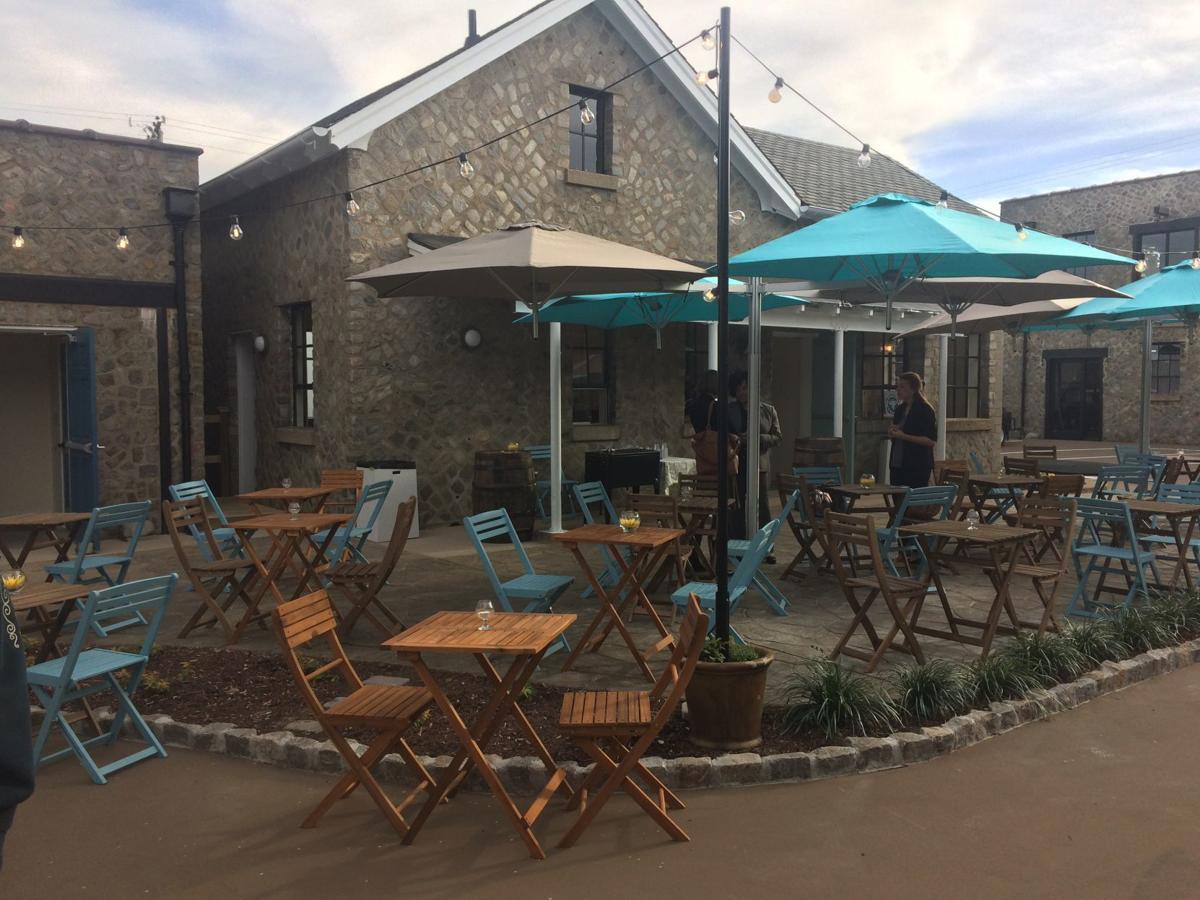 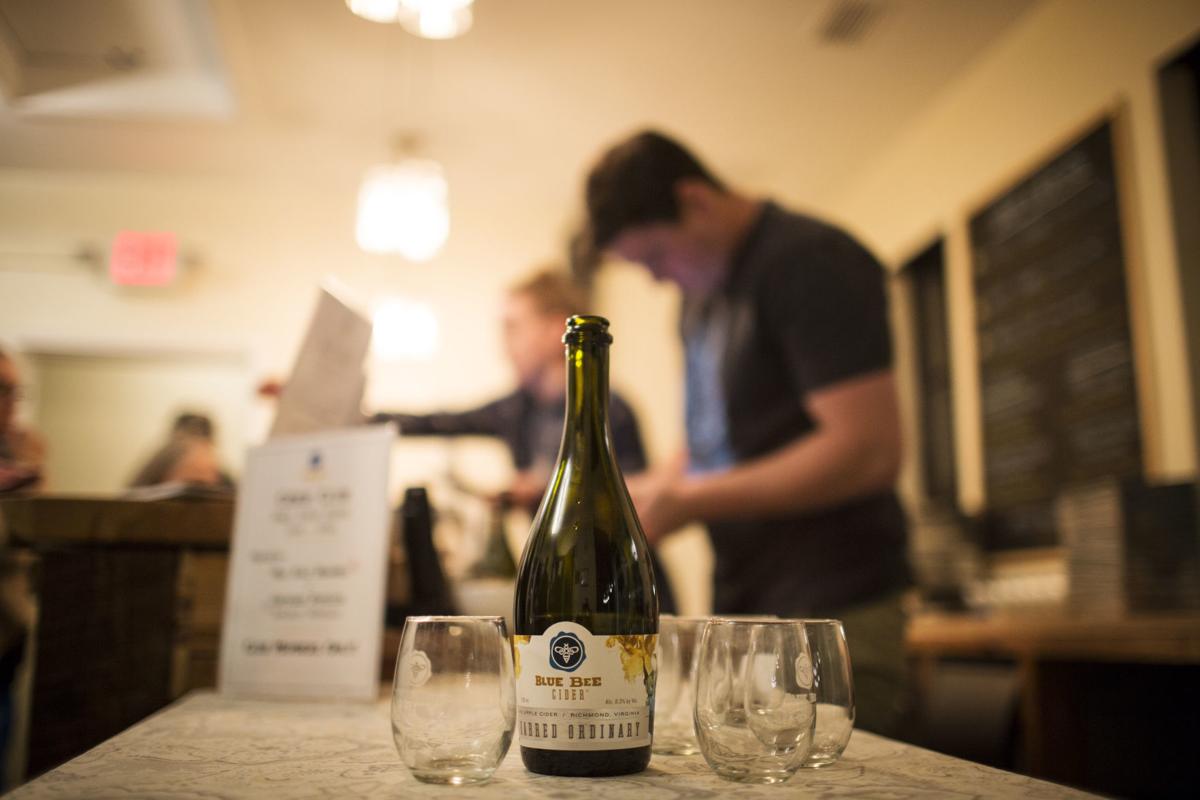 Blue Bee Cider’s staff has an unwavering dedication to apples and analyzes the acidity, sugar and tannin of each type of apple it uses. Blue Bee offers more than 30 ciders. 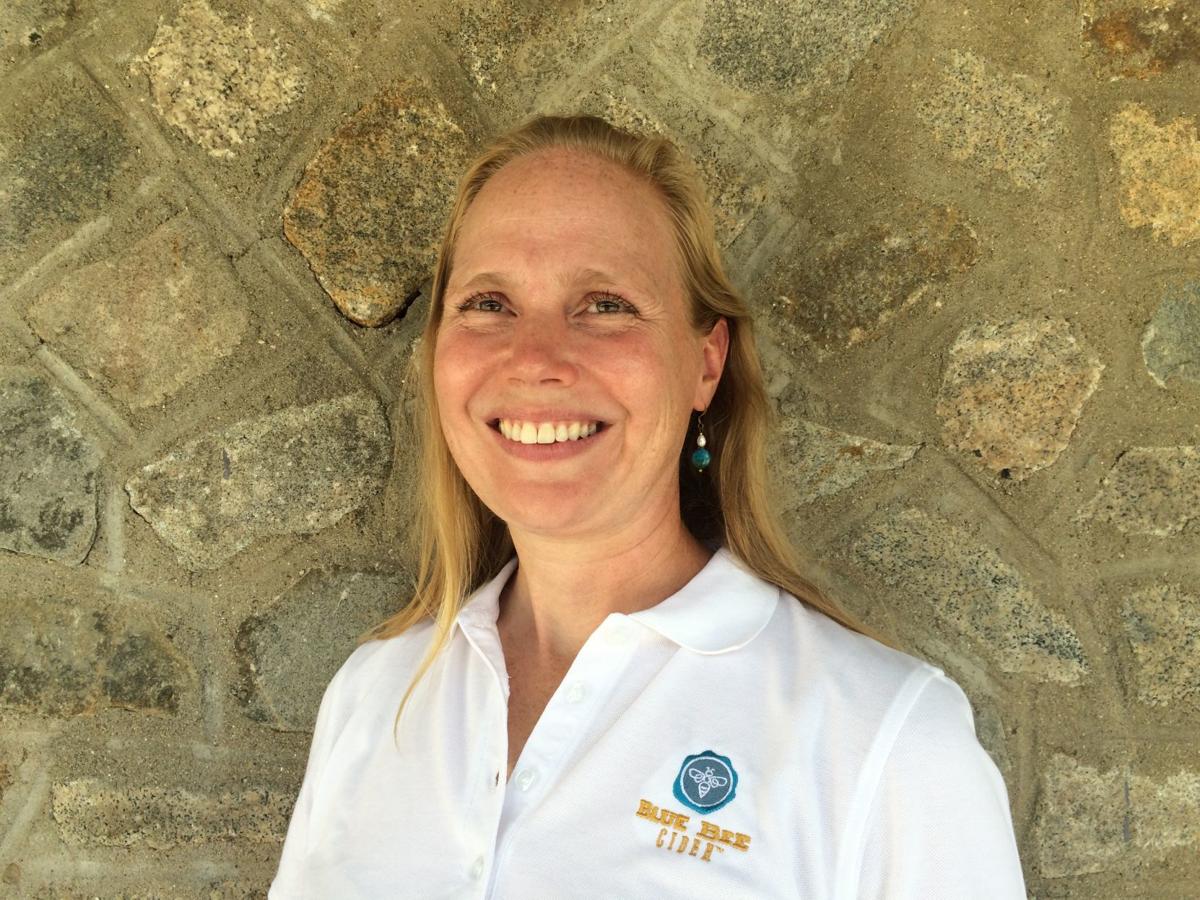 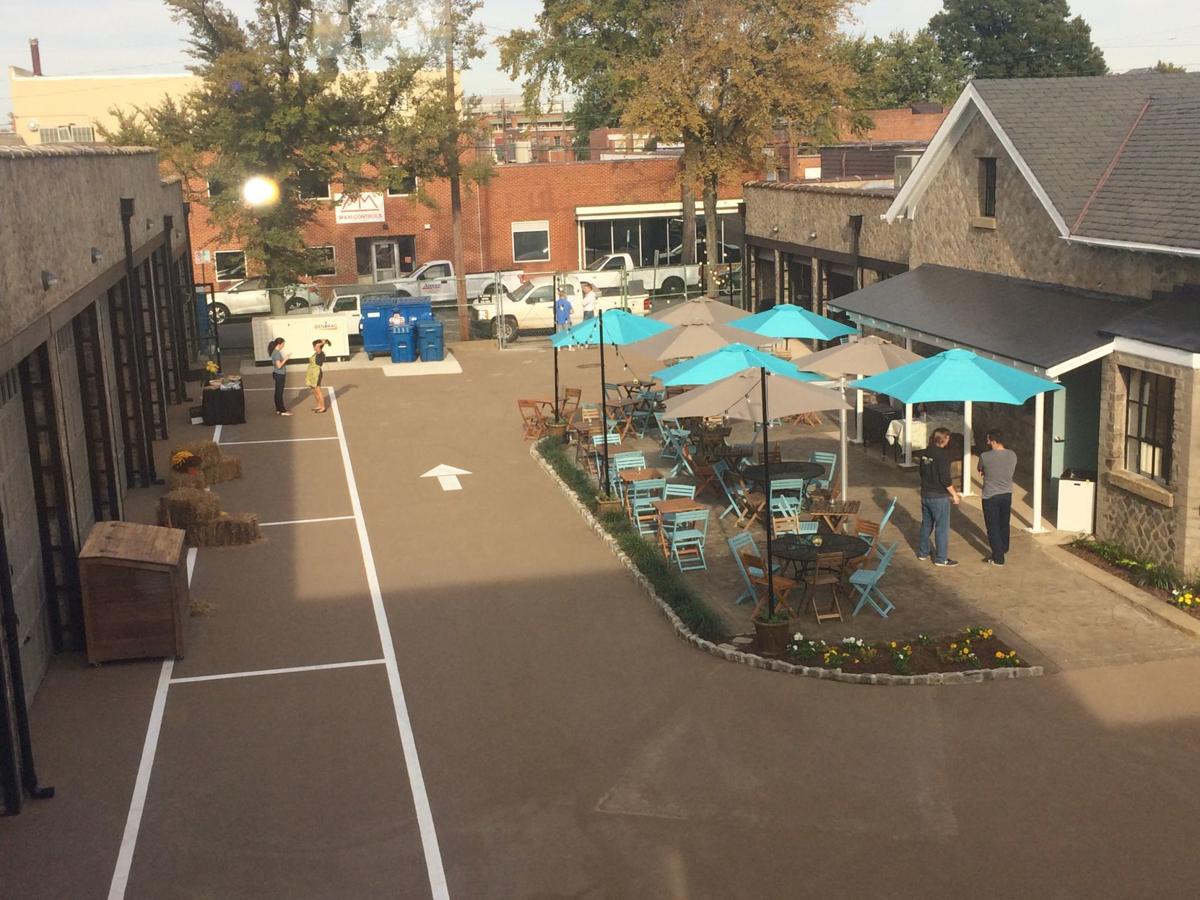 Blue Bee Cider’s staff has an unwavering dedication to apples and analyzes the acidity, sugar and tannin of each type of apple it uses. Blue Bee offers more than 30 ciders.

We all know it by now: Richmond is one of the hottest beer cities in the United States. But Richmond’s craft beverage scene extends far beyond beer. Cideries, distilleries, and meaderies dot the cityscape, offering innovative and unique libations that only further cement the RVA region’s status as an elite drinks destination.

Blue Bee Cider is one of the area’s most charming and delicious examples of this trend. Named after the blue orchard bee — an iridescently blue species of bee that pollinates southern apple orchards every spring — owner Courtney Mailey founded the cidery in 2013.

While Americans today might consider cider a niche beverage next to beer and wine, our colonial ancestors treated it as their go-to fermented drink. Unfortunately, during Prohibition, federal agents chopped down thousands of acres of apple orchards in an effort to snuff out illicit booze across the countryside. Countless species of heirloom apples were lost to history.

Happily, the advent of the modern craft cider boom has started to resuscitate many long-lost apple varietals, and Mailey has placed herself at the center of this rehabilitation effort. During an apprenticeship with Albemarle Ciderworks in 2011, Mailey partook in grafting efforts to further populate an heirloom apple species known as the Hewe’s Crab. Once thought to be extinct before a single tree was discovered outside Williamsburg in the 1990s, the Hewe’s Crab has enjoyed a mini resurgence through the efforts of Mailey and other cider producers.

Mailey’s dedication to apples infuses everything Blue Bee does. “We care so much about the apple itself,” says Blue Bee’s Brian Ahnmark, who uses the title Cider Evangelist to describe his role with the cidery. “You don’t have to care about the apple to make cider, but we think it makes a huge difference in the finished product.”

The Blue Bee team likens their laser-like focus on apples to a winemaker’s obsession with grapes. Mailey works alongside Taylor Benson, Blue Bee’s chief cidermaker, to analyze the acidity, sugar, and tannin of each apple type they use. Blue Bee sources its apples from orchards in Nelson County and other parts of western Virginia, and further distinguishes itself by never adding water to its ciders.

But even with these purist tendencies, Blue Bee has not remained stuck in the past, nor been afraid to create fun new products. “We did the first dry hopped cider in Virginia, the first berry-infused cider, and the first smoked cider,” says Ahnmark. “It’s fun to be at forefront of modern twists and innovations, but at the same time, we are still very focused on varieties of apples.”

Ahnmark notes that while the original plan was to make three ciders a year, their team quickly realized that enthusiastic customers were eager for more. They ended up producing five ciders in the first year; by the second year the number grew to 14, and today it’s over 30.

Blue Bee recently released a hot honey cider as part of the Scott’s Addition annual Big Release event. Partnering with local favorite AR’s Hot Southern Honey, Blue Bee loaned the AR team a brandy barrel it had previously used for one of its ciders. After AR aged honey in it, the barrel was returned to Blue Bee, which then filled it with cider made from Gold Rush apples. According to Benson, the cider aged for several months before being finished with an extra dose of hot honey prior to packaging.

Blue Bee also recently debuted their Petit Manchurian, an apple-grape collaboration with Early Mountain Vineyards in Madison. In the coming months, Blue Bee plans to release a single-varietal cider made with Spitzenburg apples — another heirloom variety, but one Blue Bee has not previously worked with. “After fermenting it, we realized [the Spitzenburg cider] was really unique,” says Benson. “I thought: this apple belongs by itself, it needs to be showcased alone.”

Blue Bee will also be releasing a batch of Fanfare, a cider featuring foraged mulberries that the team collects in and around Richmond. As Ahnmark puts it: “A big part of our ethos is caring about the fruit in our products, including even going to pick it ourselves.”

One thing is for sure: A trip to Blue Bee will show you how passionate their team is about apples — and all the fruit that goes into their cider. It might even turn you into an apple evangelist yourself.

C. Jarrett Dieterle is a drinks writer based in the Richmond area. His forthcoming book, “Drink For Your Country,” will be published in the fall of 2020 by Artisan Books.