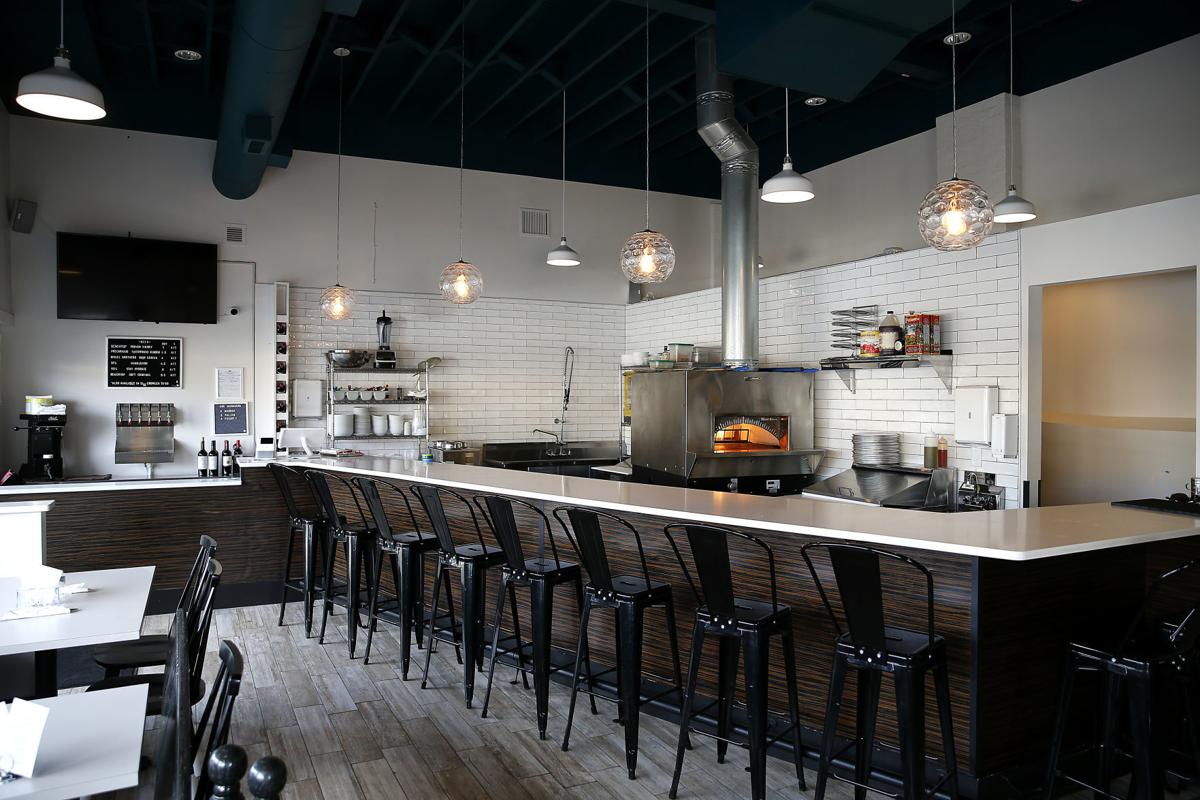 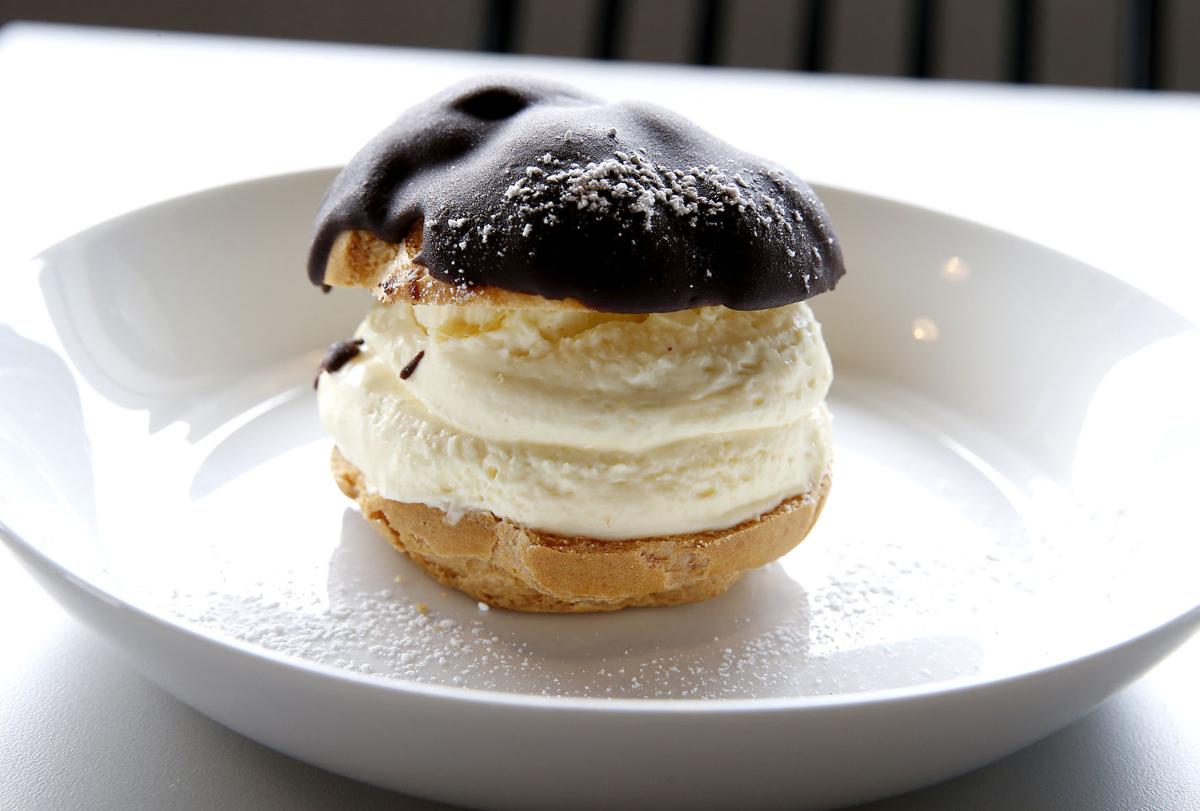 Yes, Billy Pie is a pizzeria, but you must have the homemade cream puff. 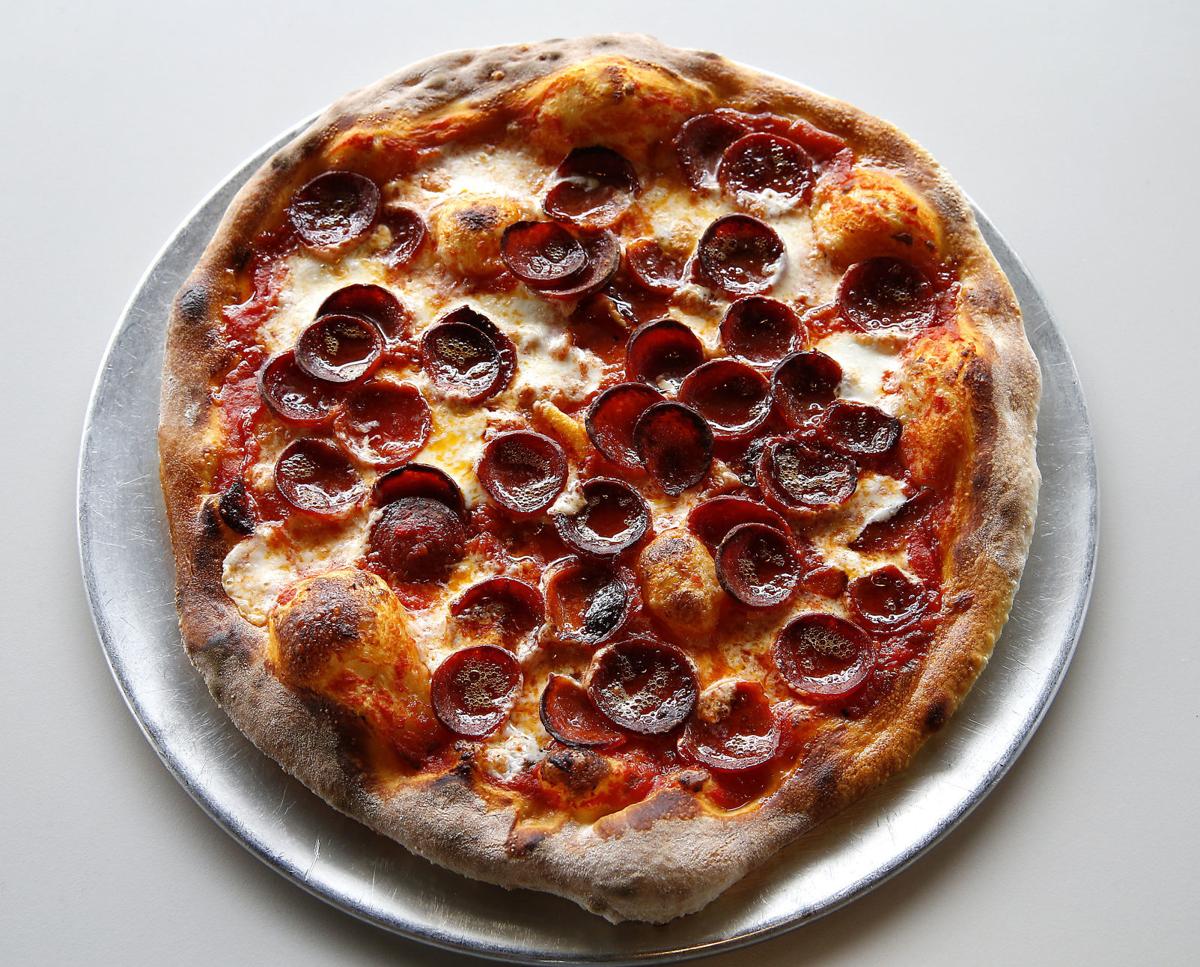 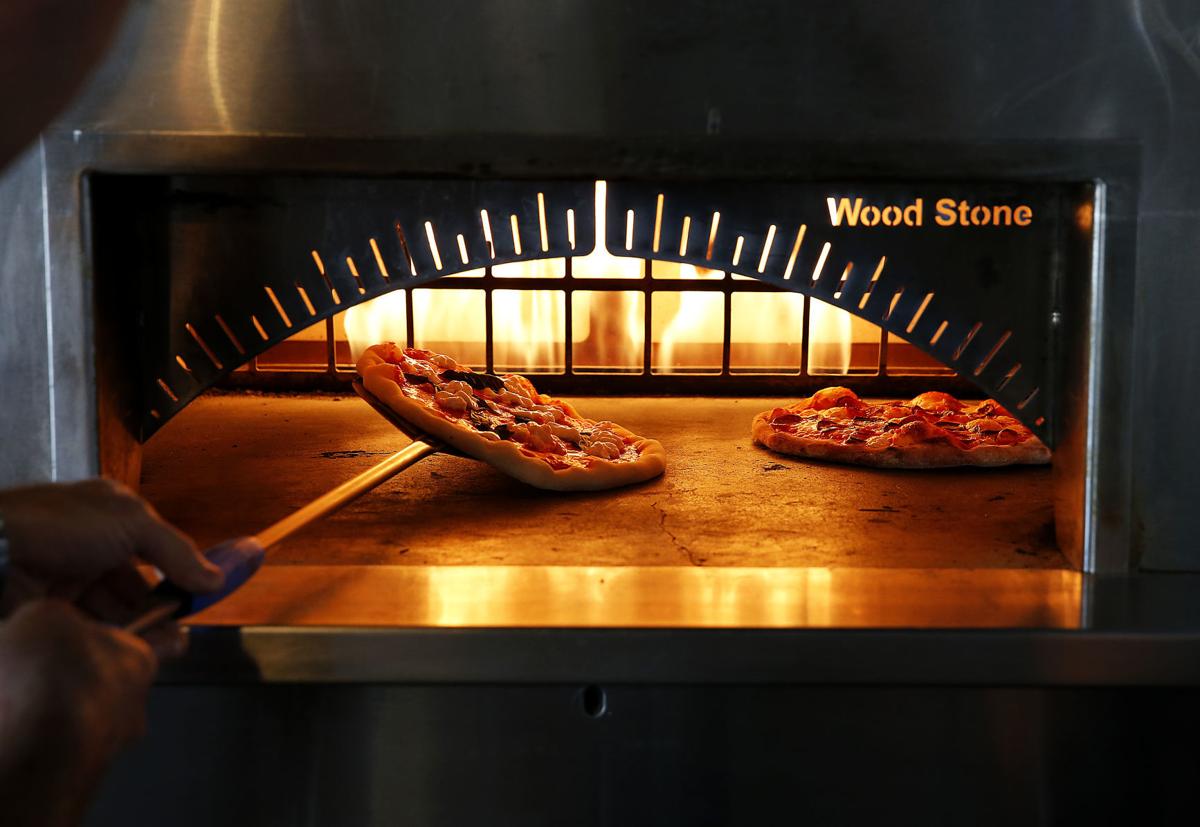 At Billy Pie, the creative and well-crafted pizzas are Neapolitan-inspired, but unlike traditional Neapolitan pies, they are cooked in a modern gas oven not a wood-fired one. 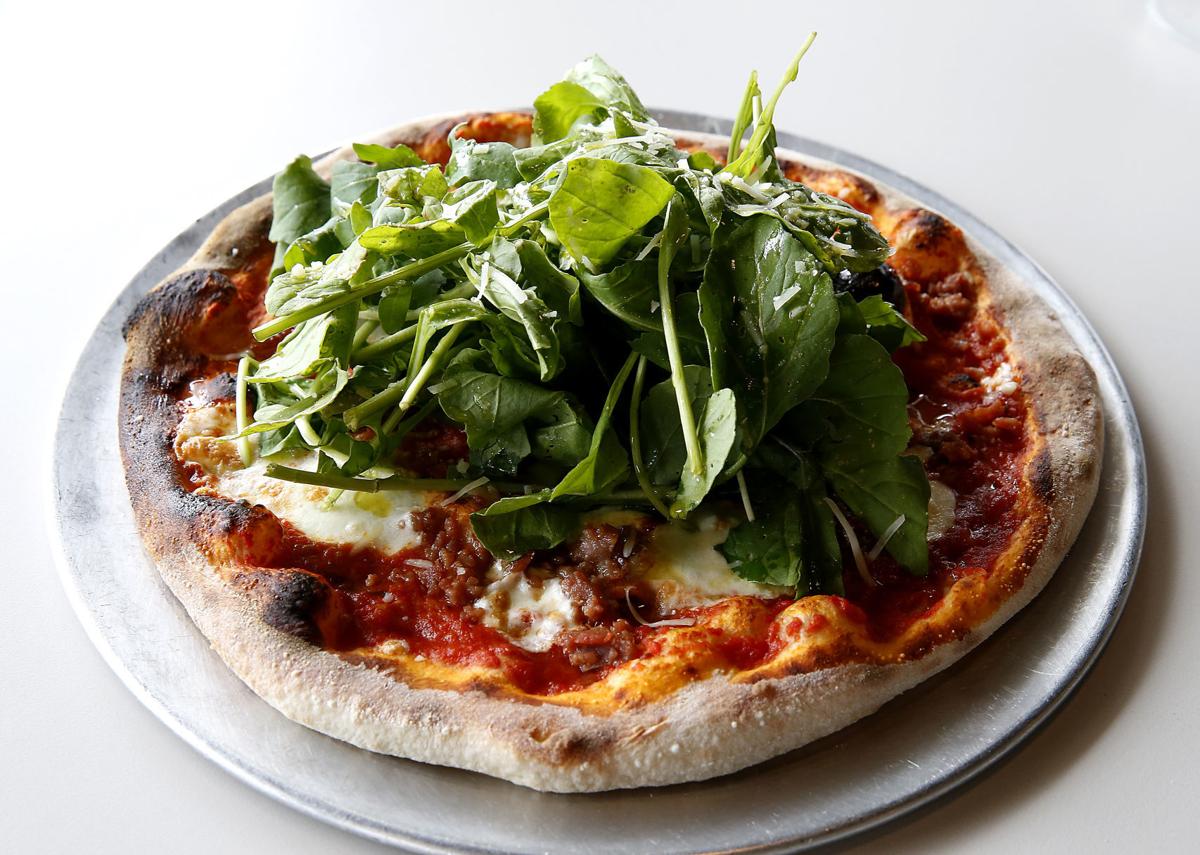 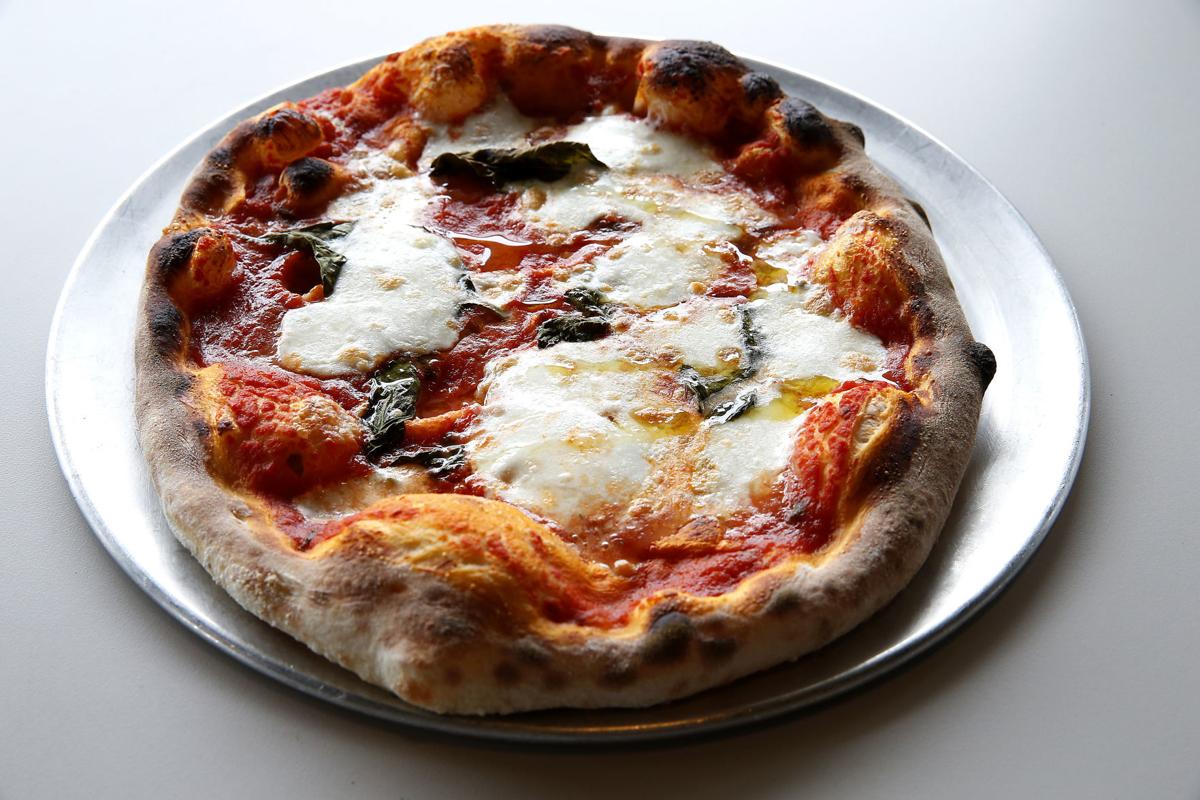 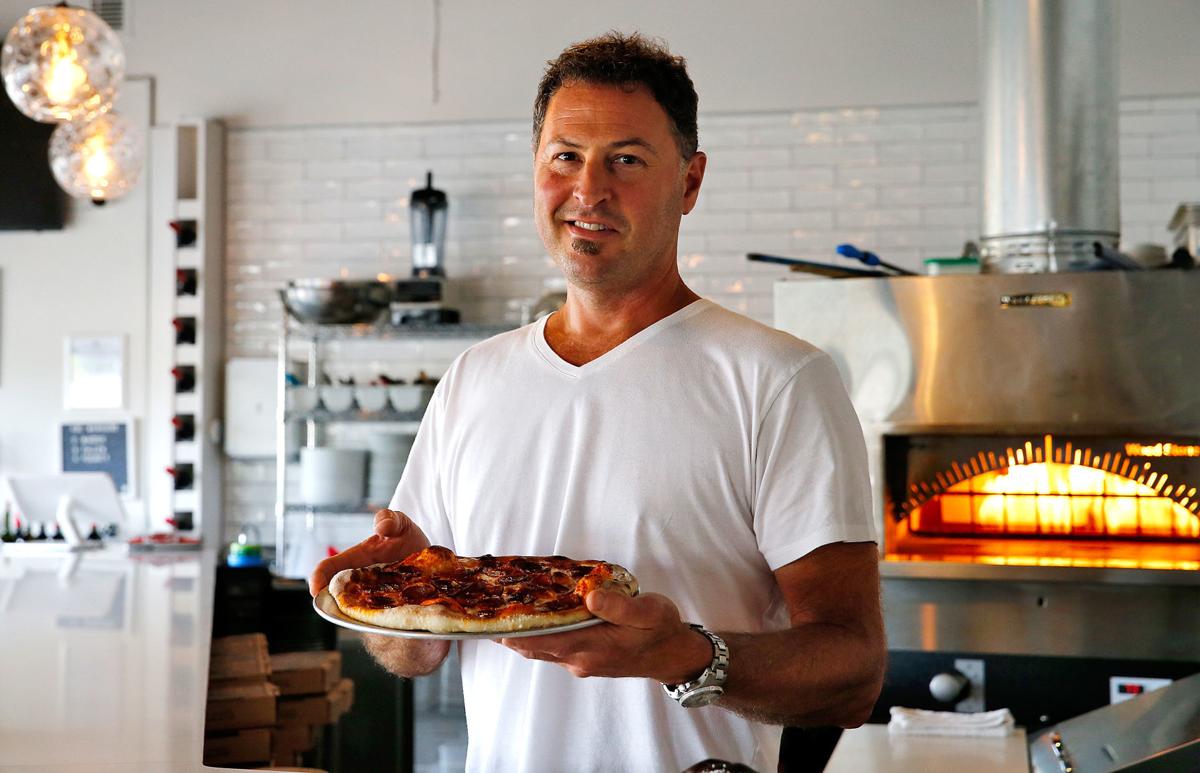 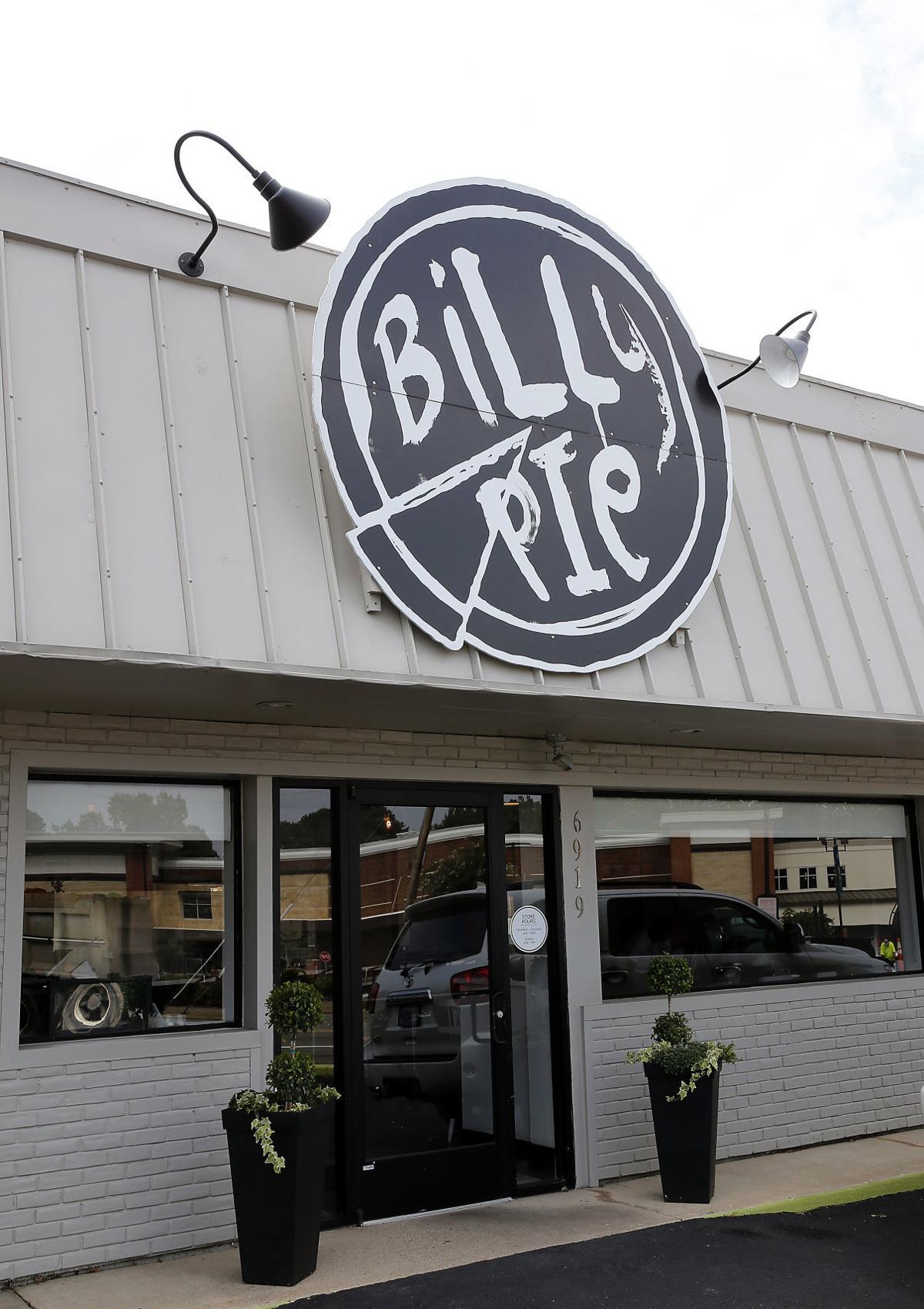 Billy Pie on Patterson Avenue is elevating the pizza game. 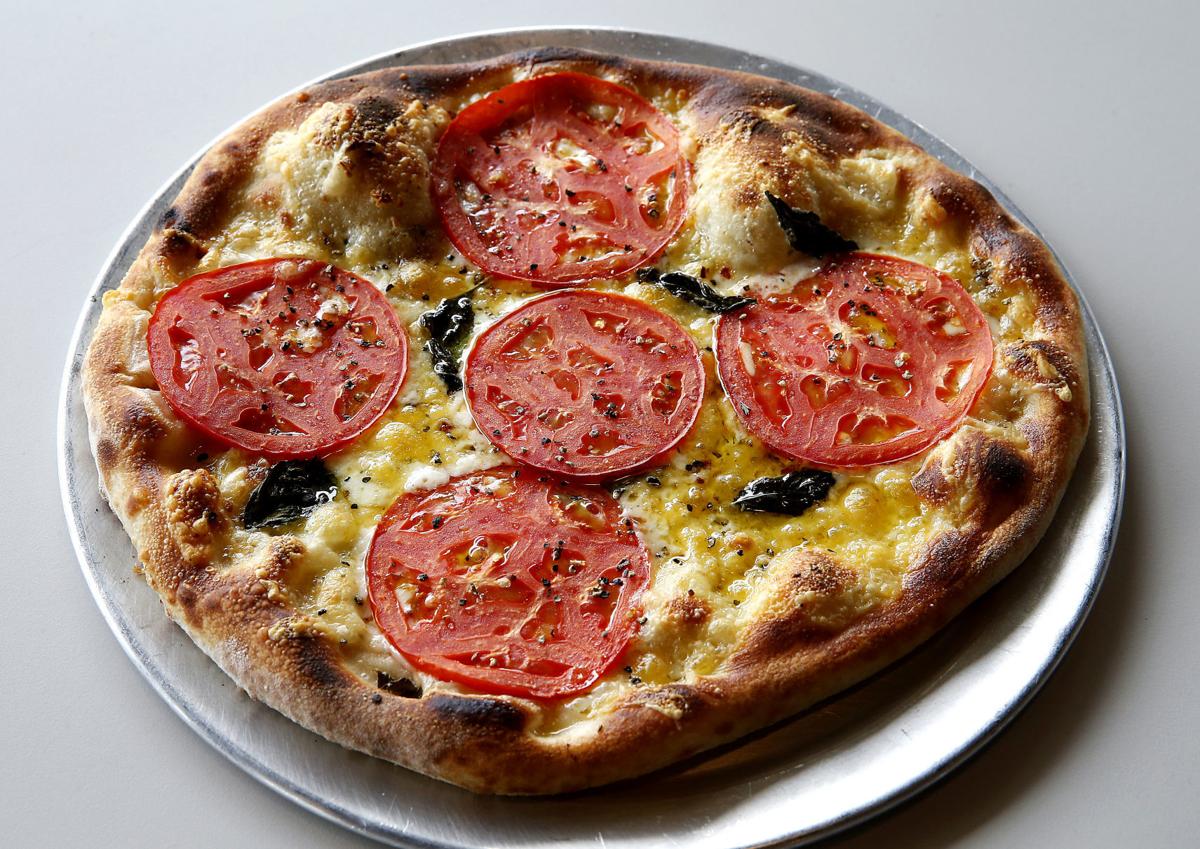 There are nearly as many styles and regional variations of pizza as there are musical genres.

Neapolitan style, which requires discipline and rigid adherence to established rules and standards on everything from crust shape to cooking method, is the classical music of pizza. New York style, including those foldable dollar slices found on every street corner of midtown Manhattan, has the mass appeal of a chart-topping pop song. Chicago-style deep dish, not unlike the opera, is heavy and dramatic and far from everyone’s idea of what a pizza should be. The list could go on.

As for Billy Pie, a new pizzeria in the West End, the restaurant channels a modern punk-rock aesthetic and vibe — from its musical selection to its design. The restaurant’s logo looks like the design of a Green Day album cover. Its interior is a funky interplay of white subway tile, teal ceilings and artichoke-green banquettes. And its staff don slouchy tees and backward baseball caps.

When it comes to pizza, though, the restaurant favors a classic approach. Owner Billy Fallen has turned his longtime talents as a baker into a pizzaiolo’s true artisan touch, creating thoughtful and well-crafted Neapolitan-inspired pies.

I say “inspired,” because Fallen’s pies reflect but don’t exactly conform to all the requirements of a Neapolitan pie. In true Neapolitan style, his pies are hand-stretched, with a puffy and porous lip and a slightly wet center that, when sliced, gently flops like a rubber beach sandal. But, unlike a traditional Neapolitan, they’re cooked in a modern gas oven, instead of a wood-fired oven.

With a gas oven, Fallen achieves a crust that’s more evenly tanned and crisped and lightly charred along the edges. The trade-off is it doesn’t have as much of the leopard-spotted charring on the lip and naturally sooty undercarriage that one associates with a Neapolitan pie.

Whether Fallen’s pies conform to the Neapolitan style or not, they’re delicious in their own right. The pepperoni pie ($13) was a straightforward but excellent version of this childhood classic. Suction cups of pepperoni with crisp and curly edges, a thin orange varnish of tasty pepperoni grease and a molten swirl of mozzarella cheese together elicited a measure of childhood pizza-parlor nostalgia.

The margherita pie ($12) was satisfyingly simple as well. Tomato sauce, as thin as watercolor paint, gave this pie a kiss of fresh acidity and sweetness that nicely cut through the unsettled top-layer of melted mozzarella. My husband, blissful as he savored a slice of this pie, insisted that it was the closest thing stateside to the ones he’d had as a child when his family lived in Italy.

The seasonal white pie with Hanover tomatoes ($13), meanwhile, came out looking so gloriously sunny that it almost appeared to smile right back at me. Dressed with tomato slices, still bright and juicy-red, flecked with oregano and basil, and slathered with enough olive oil to give it that lustrous tanning oil-like sheen, the pie was a veritable celebration of summer.

The pesto pie ($13), unfortunately, was a little uneven. Pesto that tasted overwhelmingly of overcooked pine nuts sat in gritty clumps atop the pie, dotted with even more overcooked pine nuts. If the pesto had contained more basil and were better distributed, I would’ve enjoyed this pie a lot more.

Although Fallen’s pies are the obvious headliners, his antipasti and desserts make wonderful bookends. The restaurant offers a delightfully perky version of panzanella salad ($7). Cubes of crusty bread, irregularly toasted so that some were charred and crunchy while others had a pleasantly chewy bite to them, were tossed with fronds of bitter frisée and fistfuls of golden cherry tomatoes, pickled red onions, shaved fennel, diced cucumber, and chickpeas.

Roasted shishito peppers ($7), their tubular bodies blistered and wrinkly and inflated with pockets of steam, were generously coated in a walnut-colored tonnato sauce with the same delectably salty-fishy flavor of a bagna càuda.

If you remember nothing else, let it be this: Order the cream puff ($8), a dessert made fresh almost daily by Fallen’s mother. Sandwiched between two weightless halves of a chocolate-covered choux pastry shell was a cream — decadent but not heavy, like a traditional German schlag — infused with pop rock-like sparkles of invisible sugar crystals. The cream gently billowed outward as I pressed down on the pastry shell. Every bite was pure pillowy pleasure.

If average is what you’re searching for, stick to your neighborhood pizzeria. What Fallen is doing at Billy Pie is more sophisticated than that. His considered, craftsman-like approach inspired by classic Neapolitan pizza-making makes clear that he isn’t just looking to join the Richmond pizza game; he’s here to elevate it.

Best seat in the house:  all the same

Reservations: yes, by phone and only for parties of six or more

Yes, Billy Pie is a pizzeria, but you must have the homemade cream puff.

At Billy Pie, the creative and well-crafted pizzas are Neapolitan-inspired, but unlike traditional Neapolitan pies, they are cooked in a modern gas oven not a wood-fired one.

Billy Pie on Patterson Avenue is elevating the pizza game.