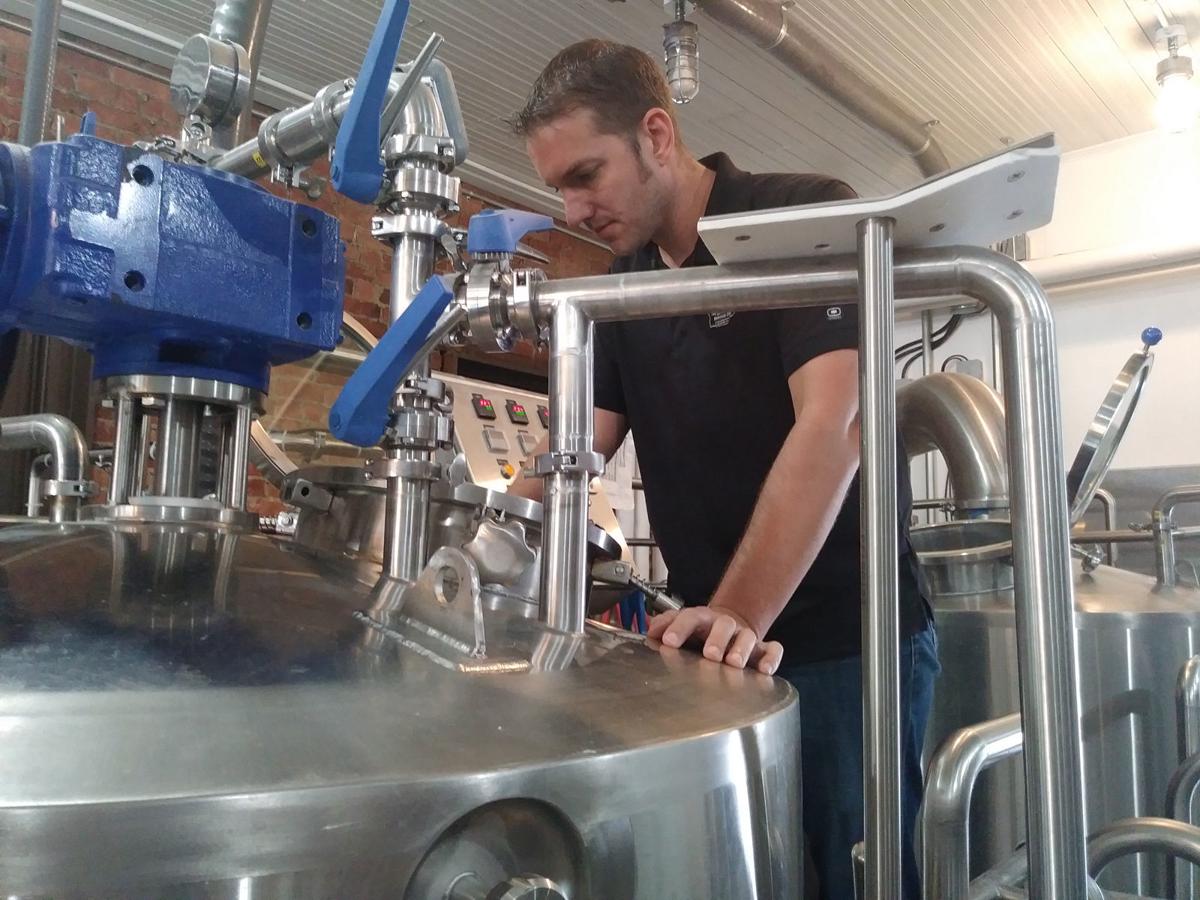 Center of the Universe co-founder Chris Ray checks in on the nerve center at Origin Beer Lab, founded so brewers can innovate without affecting COTU’s regular operations. 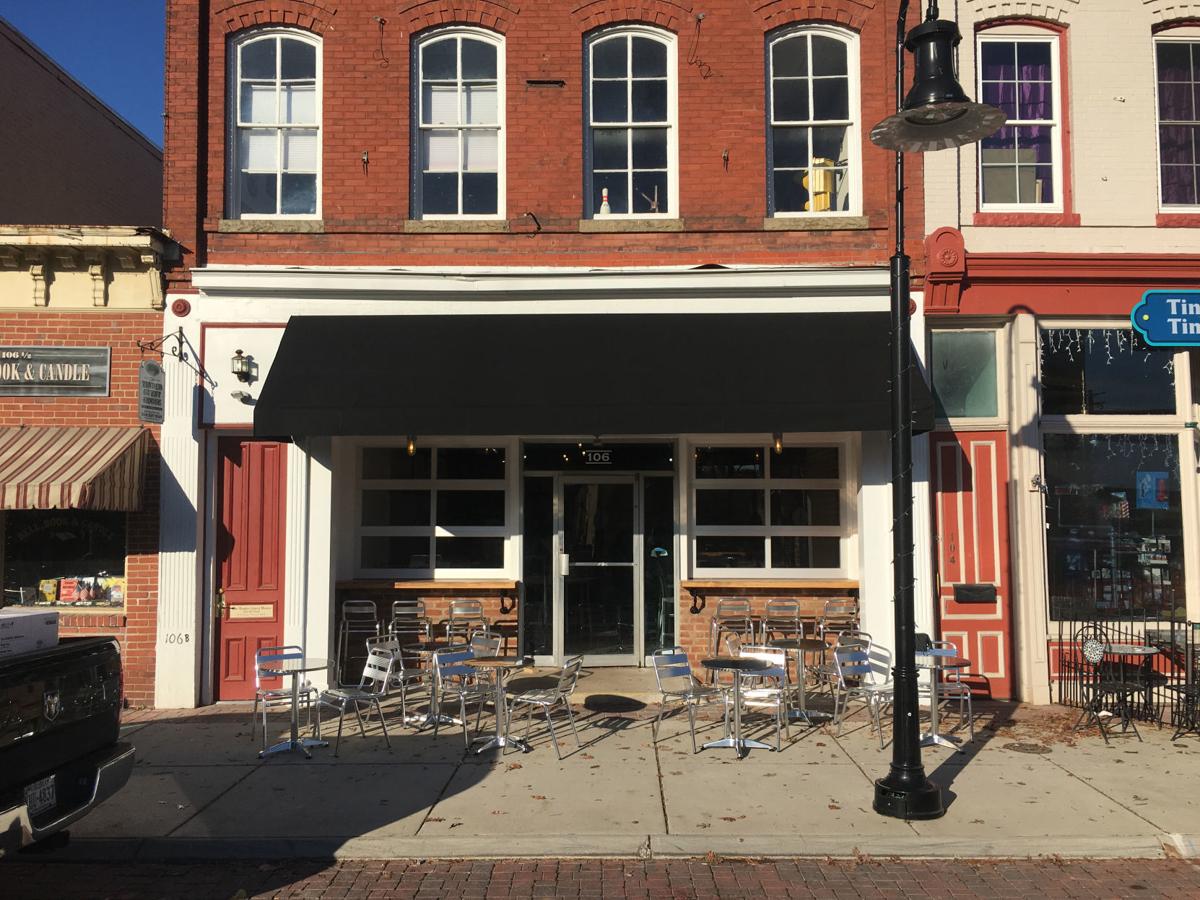 In the site of a former drugstore, Center of the Universe Brewing Co.’s Origin Beer Lab is dedicated to experimentation.

Center of the Universe co-founder Chris Ray checks in on the nerve center at Origin Beer Lab, founded so brewers can innovate without affecting COTU’s regular operations.

In the site of a former drugstore, Center of the Universe Brewing Co.’s Origin Beer Lab is dedicated to experimentation.

When it comes to the new and experimental, Origin Beer Lab in Ashland is the clear king of the RVA region. That’s because Origin doesn’t just release new brews every few weeks to keep things fresh. New releases are the entire point of the brewery.

Origin is an offshoot of Ashland’s Center of the Universe Brewing Co., which opened its doors in 2012. COTU founders Chris and Phil Ray opened Origin four years later to give their brewers more space to innovate without affecting COTU’s regular operations.

The foresight to start a sister brewery entirely dedicated to experimentation proved particularly prescient as craft beer enthusiasts have grown increasingly obsessed with limited releases and rotating taplines. At the same time, brewers often complain about their inability to innovate when large chunks of their current production line are tied up with flagship beers. Some brewers have even resorted to homebrewing their pilot batches in an effort to keep things fresh.

By splitting its production brewery from its testing facility, COTU has found a way to enjoy the best of both worlds. “This is our pilot house, our test kitchen,” said Origin head brewer Corey Johnson. “A lot of what we do is purely because it’s something we wanted to try, or it’s a recipe we’re trying to iron out.”

So far, the beer lab model has proven to be a good idea. Some of COTU’s most successful beers were born in Origin’s test kitchen, including Honey Orange Blossom, Oatmeal Cookie Porter and Bald Irishman, which took home the gold medal at the 2018 World Beer Cup.

As an example of how COTU uses Origin to develop recipes, Johnson cites COTU’s popular Chameleon IPA series. “Each time we do Chameleon, it’s the same base beer with a different hop profile,” Johnson said. “So, I brew it over here at a small scale, and we decide if that’s what we want to use for a future iteration of Chameleon [at COTU].”

Another innovative creation Origin is piloting is its Crystal COTU series, which Johnson describes as the brewery’s answer to hard seltzer. With essentially zero sugar and carbs, Crystal COTUs have so far been brewed in a variety of flavors — including ginger-lime, strawberry, watermelon and mango — and may also make their way to full-time status at COTU someday.

Johnson, who started at COTU as a shift brewer, frequently collaborates with other COTU employees on ideas for new beers. For instance, the brewery’s Graft Apple Lager, a beer-cider hybrid released on Father’s Day, was the idea of one of COTU’s head cellarmen.

Once a beer is released at Origin, the brewery tracks both sales and customer feedback to determine whether the beer might be a candidate for a larger production run at COTU. “Our taproom is our market research; it’s how we test the market,” Johnson said.

One thing is abundantly clear: The RVA market can’t get enough of Origin. The brewery’s Mug Club — a limited, members-only group made up of Origin’s truest fans — has been sold out since its inception (although it accepts a limited number of new members once a year, pending availability). And special events at Origin, such as its recent Get Tropical party, which featured an Imperial Piña Colada Whip and frozen Gose-A-Ritas, are often standing-room-only affairs.

True to form, Johnson has already cued up several more releases for the coming weeks. Visitors to Origin can expect to see a Golden Ale (around 5% ABV) and a Chameleon test batch featuring Pekko hops (around 7.5% ABV) in July. At any one time, customers can enjoy five to 10 different brews on tap, and although Origin’s brews are not bottled or canned, they do fill growlers. (Pro tip: Sundays are half-off growler fills.)

The hot, muggy reality of a Richmond summer demands a refreshing beer. Heading up I-95 to Origin, where you’ll find a fresh and unexpected beer lineup each and every day, is one of the best ways to ensure you won’t overheat in the months ahead.

C. Jarrett Dieterle is a drinks writer and a research fellow at the R Street Institute. He lives in the Richmond area with a garage full of beer, cider and whiskey.