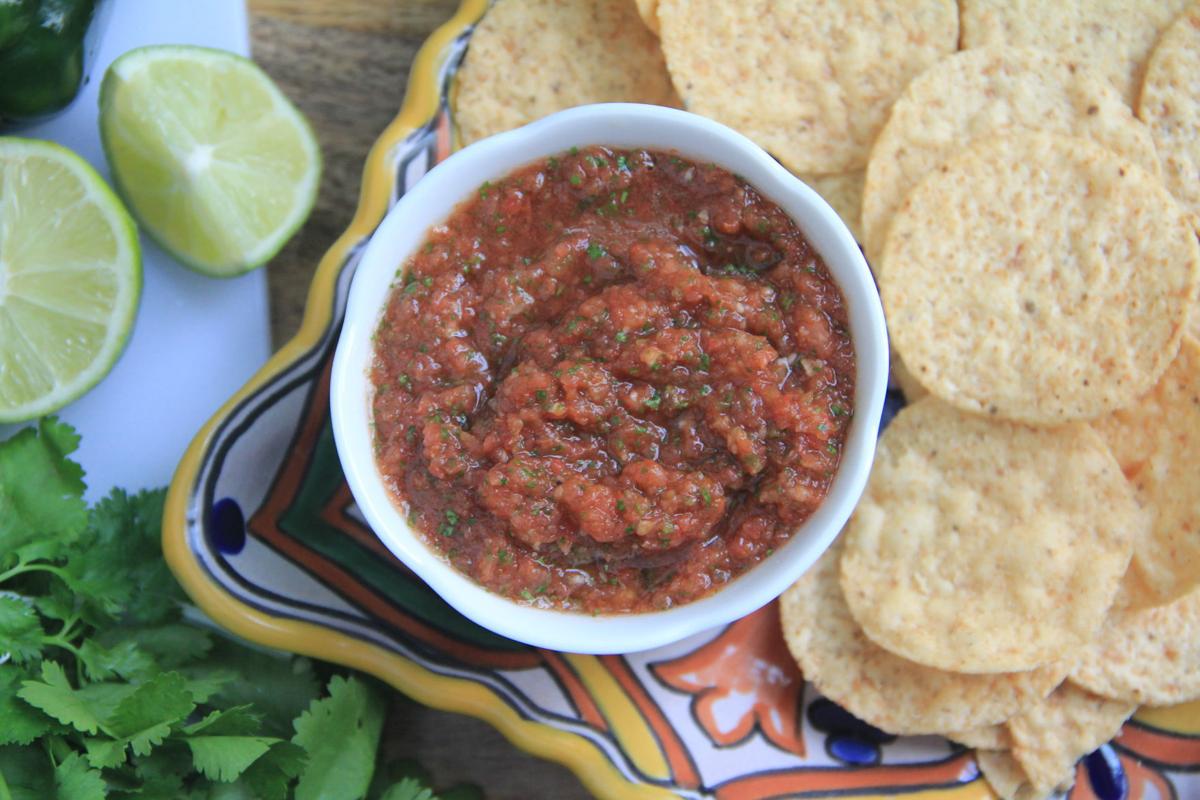 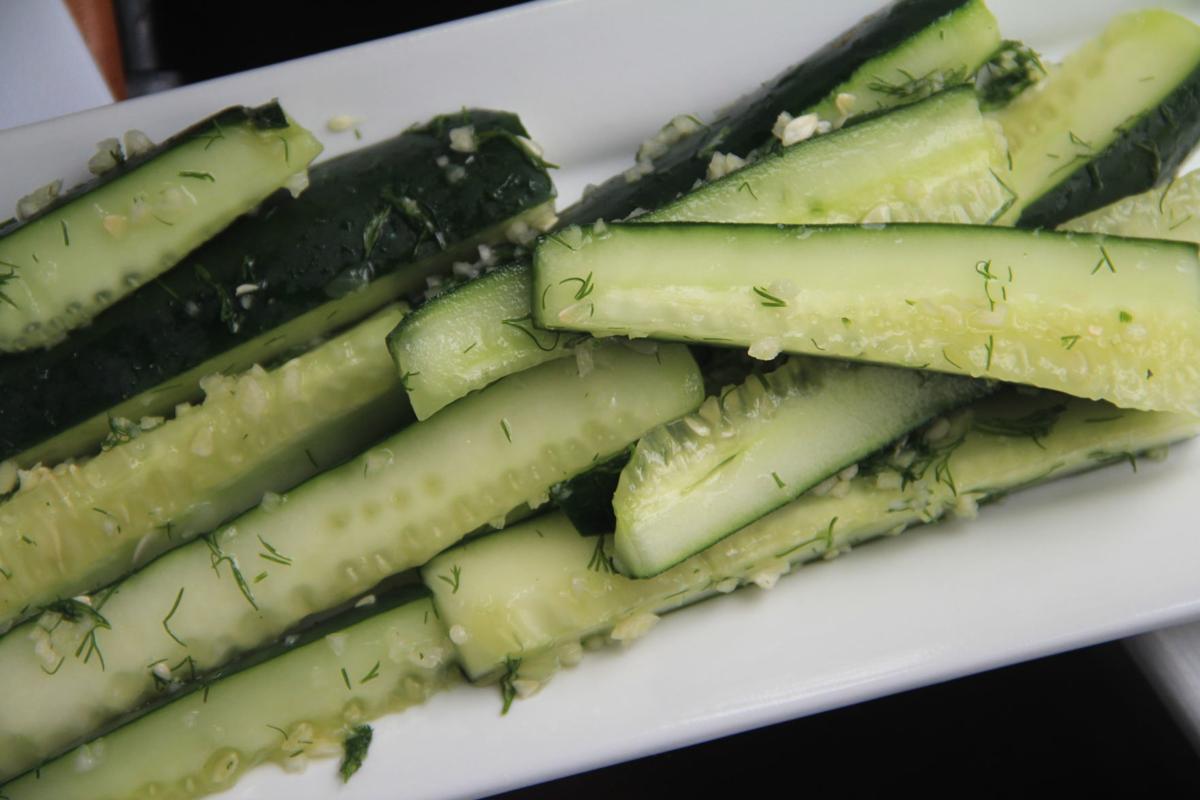 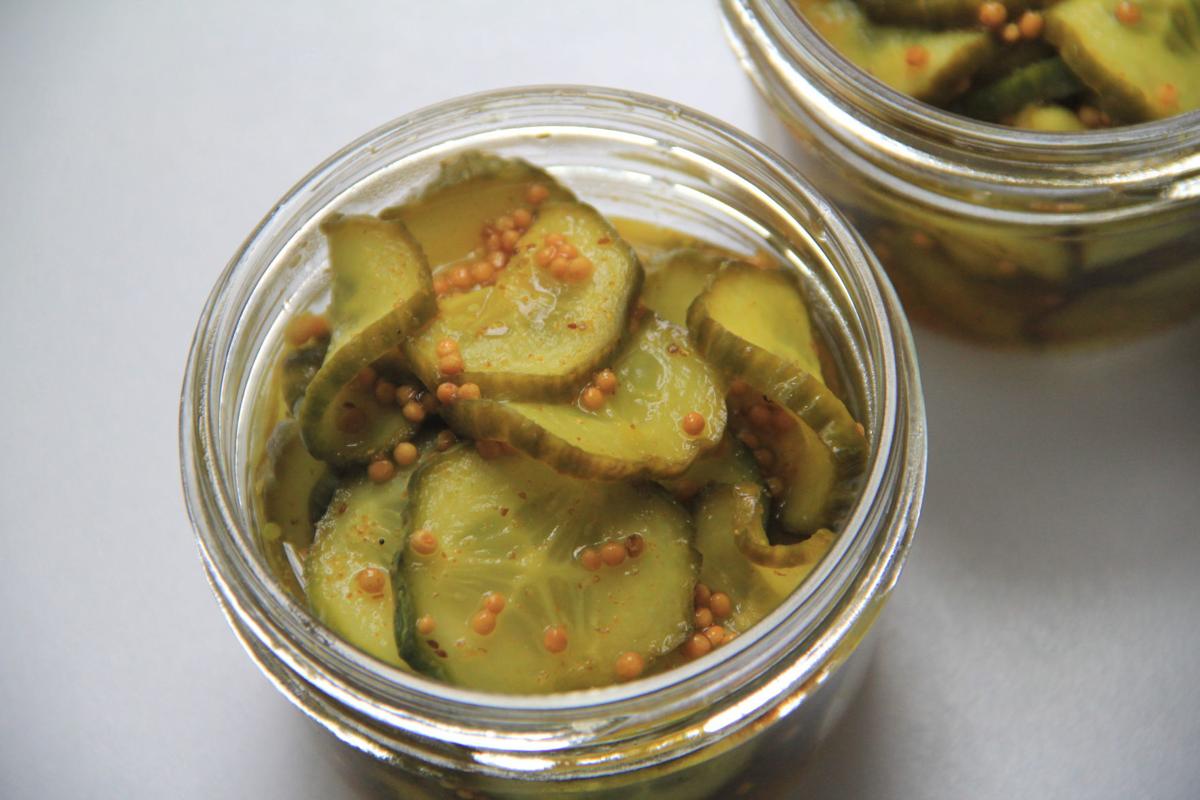 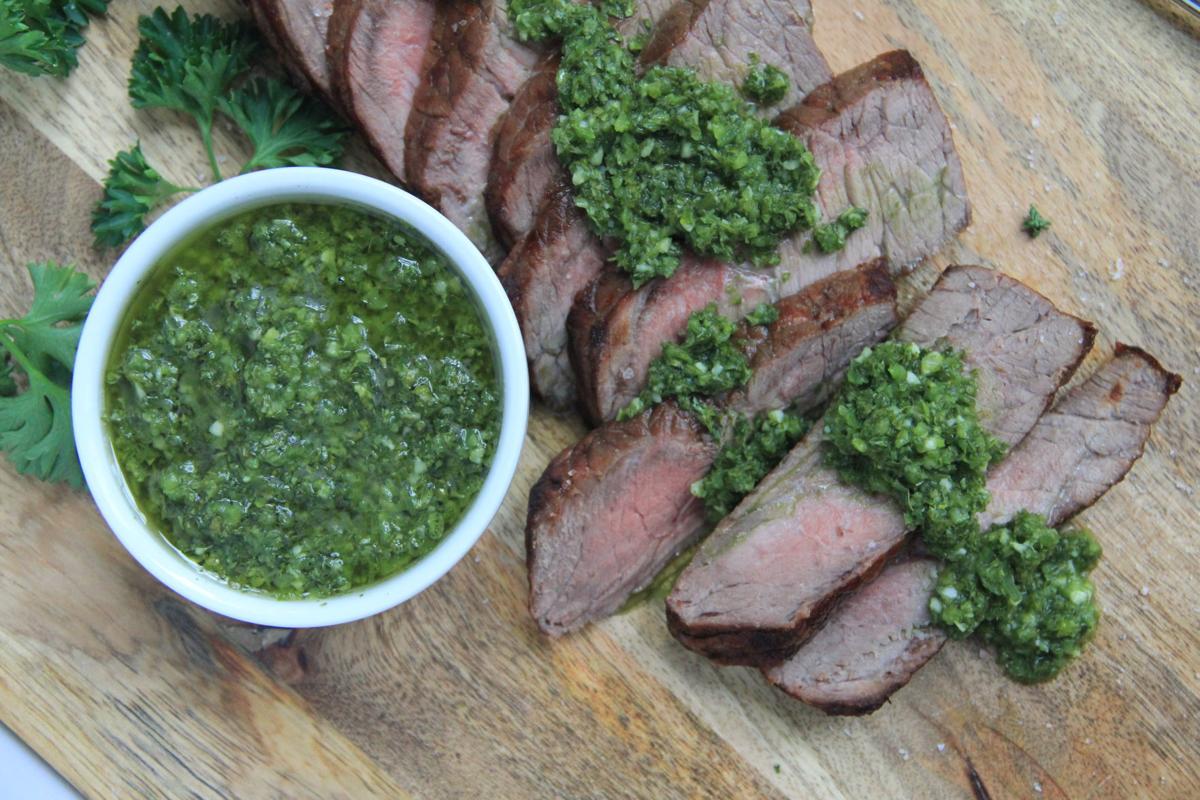 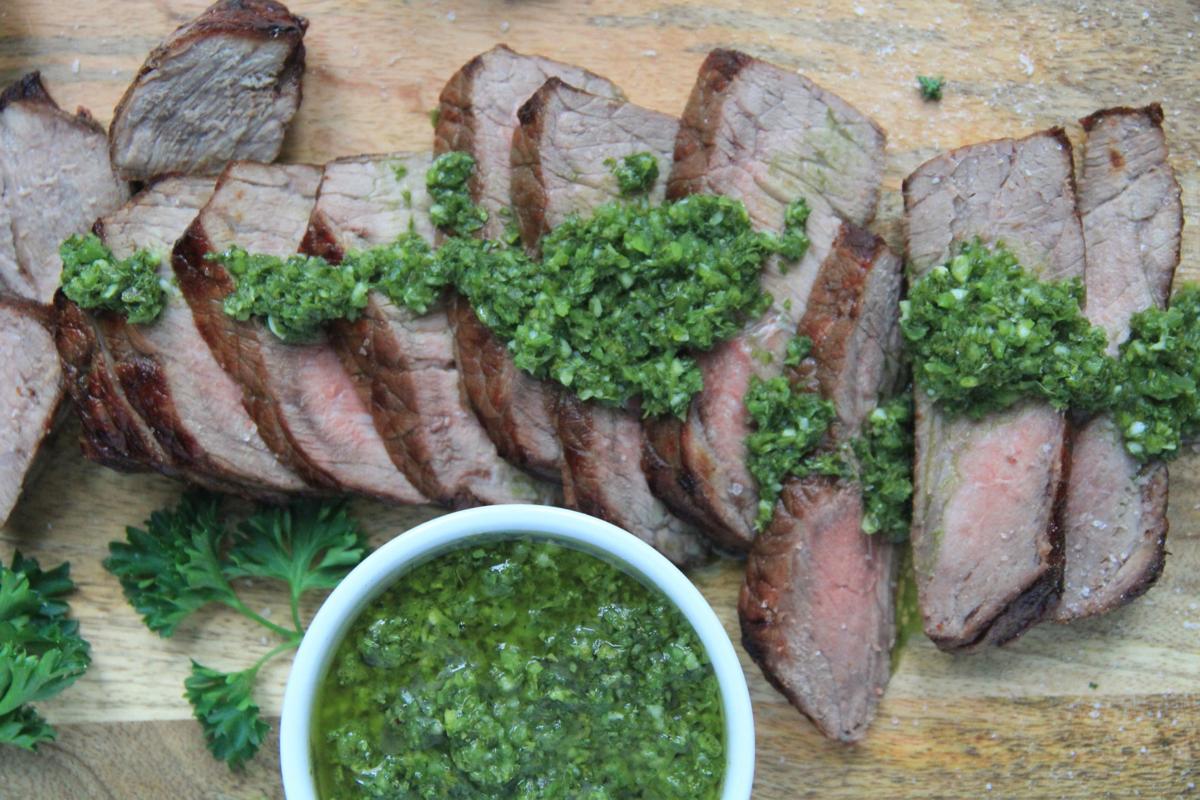 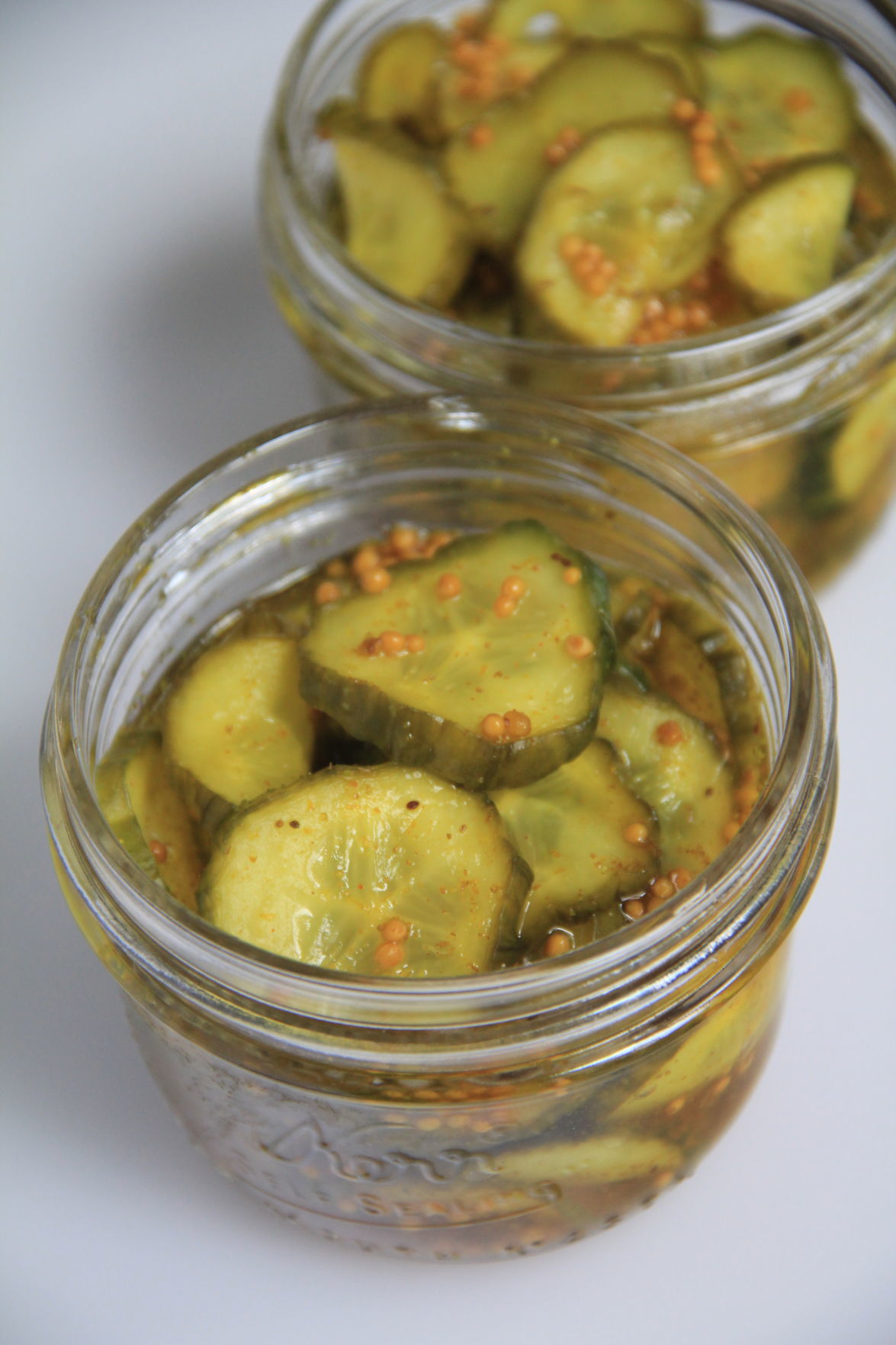 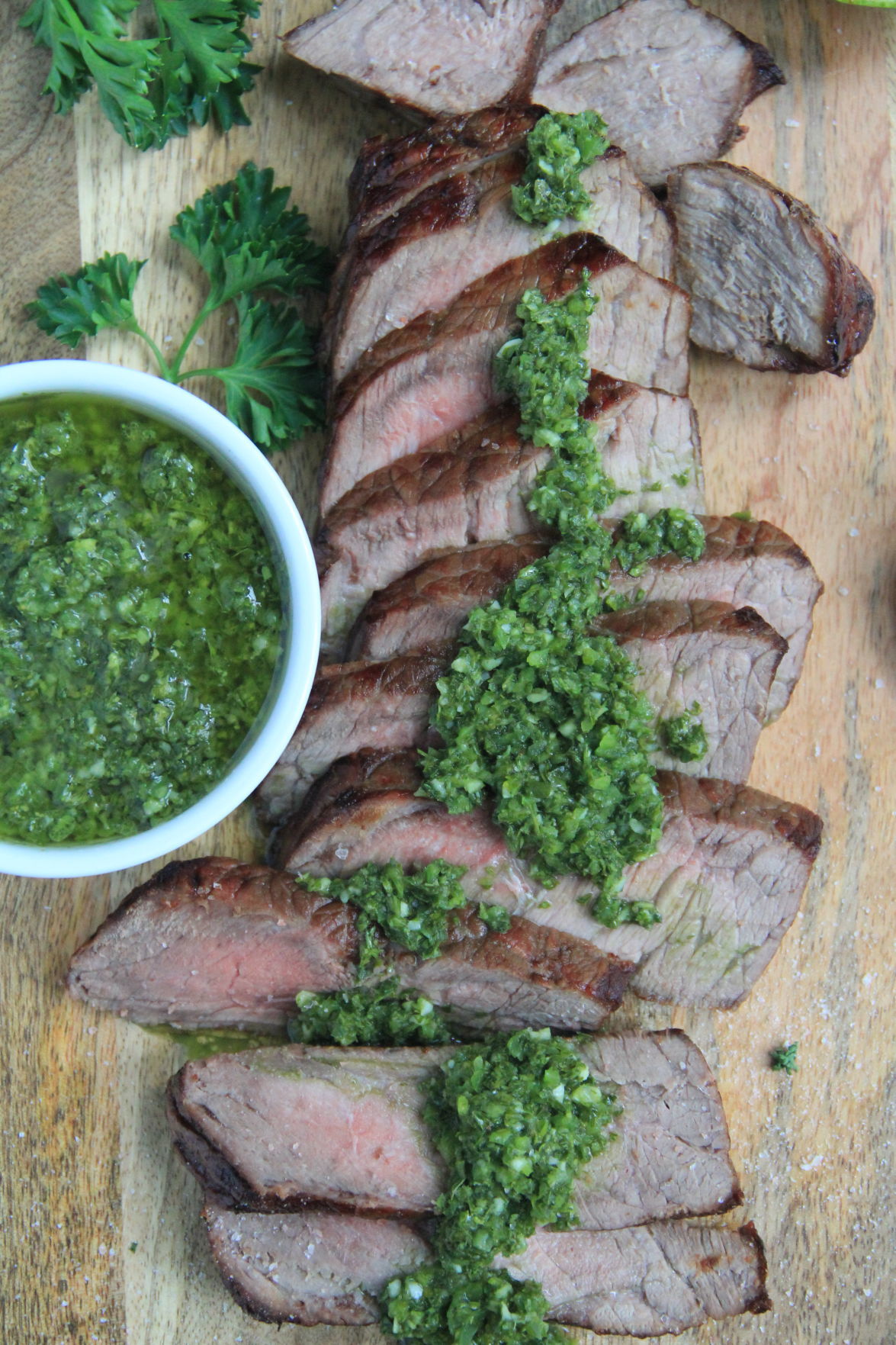 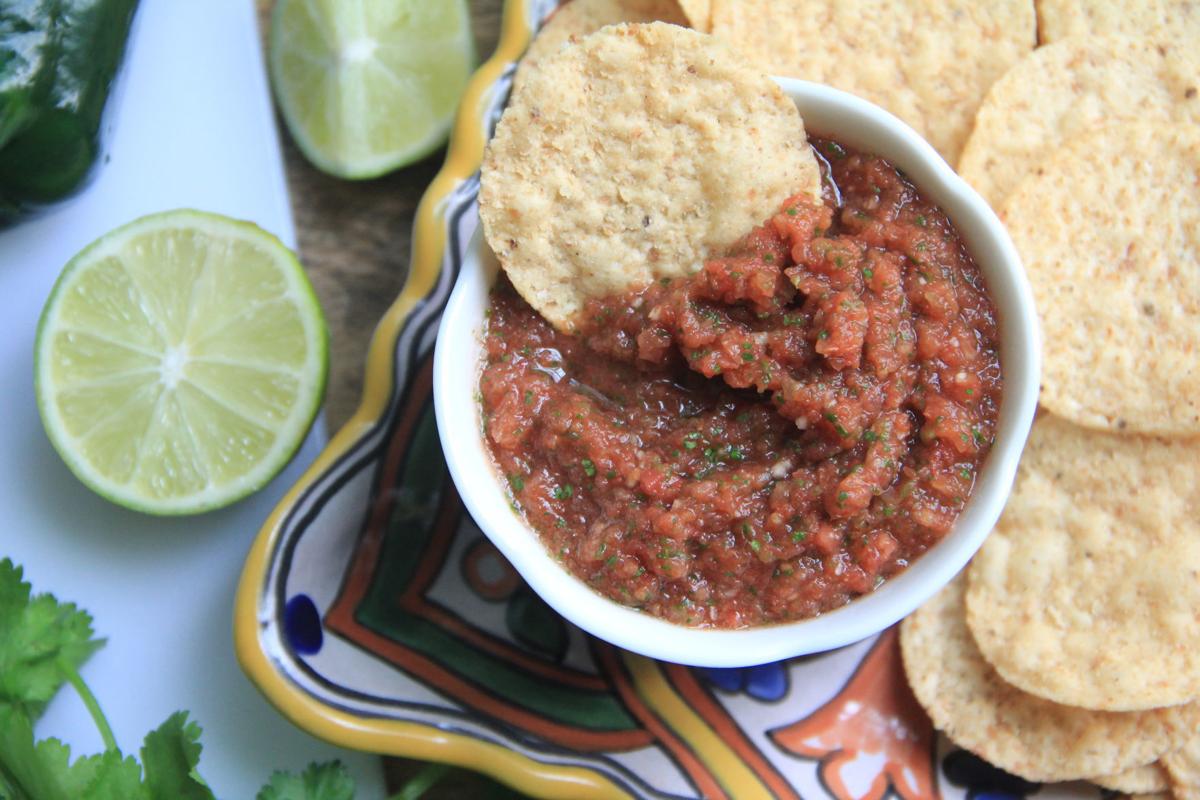 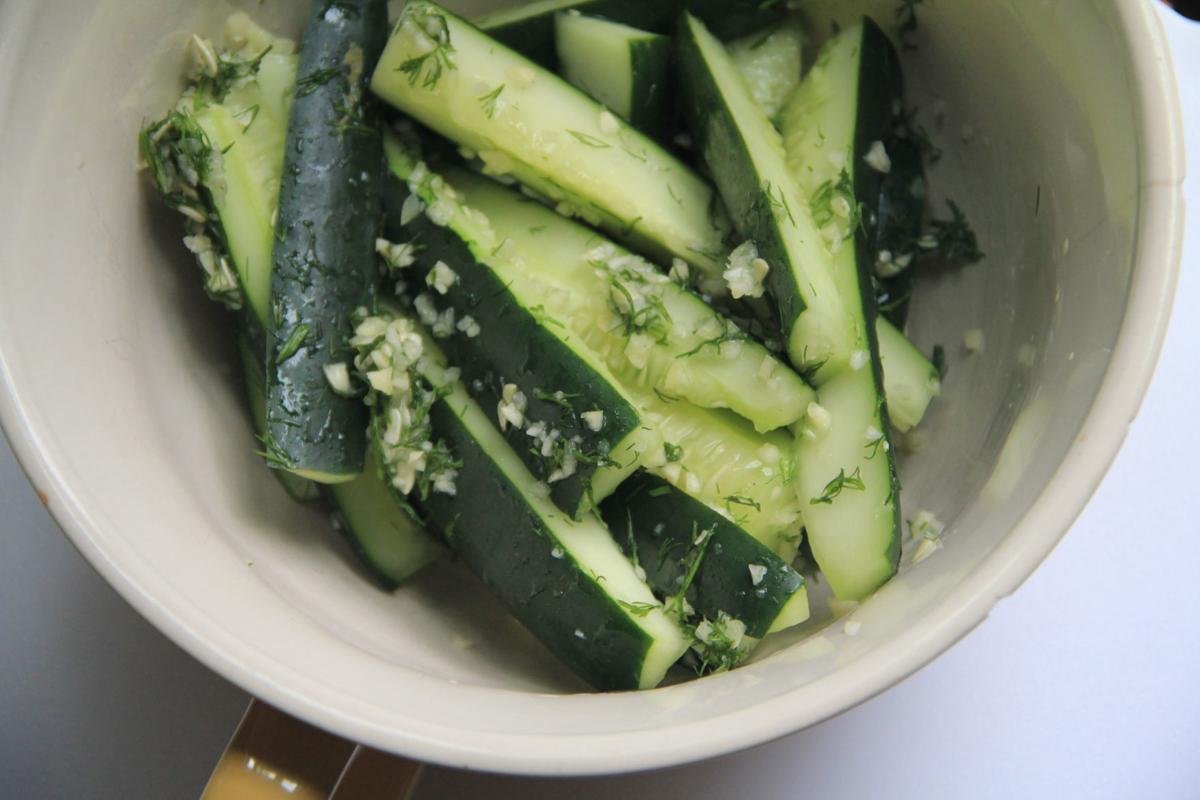 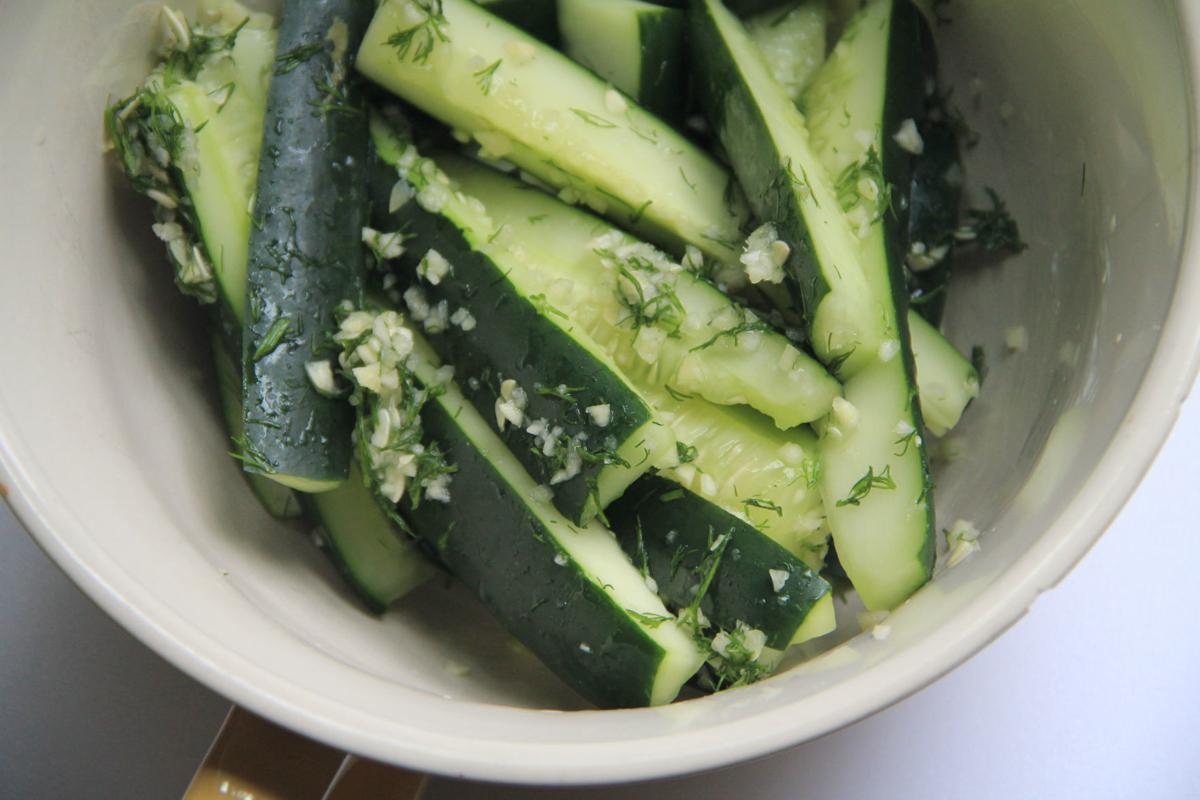 I am so ready for summer — longer days, warmer nights and patio conversations that end with ice cream for the kids and cold beverages for the adults. Pandemic or not, summer officially starts June 20 on the calendar but what happens after that, well, that’s a mystery.

Heck, at my house, we haven’t even pulled our grill out yet.

Summer may feel different this year but it doesn’t have to taste different. There are certain foods that especially hit the spot when the temperature goes up and they all have common themes: fresh and bright and easy.

These include cool salsas that require only a spin in a food processor or blender and a spritz of lime, and easy homemade pickles, either garlicky and dilly, or sweet and tangy, that accompany backyard meals of burgers and beans or simple afternoon sandwiches and iced tea.

And when I finally get around to pulling out the grill, I’ll drizzle bright, punchy chimichurri over seared steaks and chicken and everything that goes with them.

Summer tastes can’t be stymied, so I’ll start with a household favorite: salsa.

If you opened my fridge on any given day, you’d find several jars of the stuff. We eat a lot of it, especially during the summer. Thin, chunky, black bean and corn — all mild, because no one in my house can take much heat. Plus, given that we’re home all the time now, I’d much rather my daughter munch on baked tortilla chips and salsa than fried potato chips.

Salsa is relatively inexpensive to buy, but what you can’t get in a jar is that burst of bright fresh flavors — tomatoes and cilantro and garlic and onions. Think of the fresh-tasting salsas served in restaurants and that’s what you’ll get if you make it yourself. The best part is, there’s no magic formula, just use what you like. (Sure, you could buy fresh salsa in the refrigerated section, but it’s usually more expensive, and making your own gives you more flexibility.)

I start with Roma tomatoes and add fresh garlic, cilantro (we’re big fans) and a little onion. I went with just a hint of heat, thanks to a poblano pepper. Poblanos aren’t as spicy as jalapeños but offer more heat than bell peppers or sweet banana peppers.

This is a thin salsa, just the way we like it, but if you prefer chunky, simply keep the processing or blending to quick pulses. You can also add ingredients like corn or black beans, but I’d do that after you process the main ingredients so you can keep the add-ins whole.

Double the recipe — you’ll need it.

Another thin sauce that makes an appearance more during the summer than other seasons is chimichurri, a condiment that’s sort of like a pesto minus the nuts and cheese. Rather than basil, herbs such as parsley, cilantro and oregano are the stars that mingle with oil and vinegar. I normally make this stuff to drizzle over carne asada — we like flank or skirts steaks — but it’ll liven up nearly any meat. (Don’t stop there — spoon it over crispy roasted potatoes, charred cauliflower and grilled corn, too.)

Parsley is the common starting point. Given our love of cilantro, I used that also, but you could make chimichurri with only one of those if you’re partial. Some folks add mint. Others add a heat element with red pepper flakes or hot sauce. It’s tangy enough for us with just the vinegar, so that’s how I make it.

Speaking of tangy, pickles are another staple in our fridge. I love them, all sorts. My daughter eats only dill. So I thought I’d try using recipes that don’t take a lot of effort and just a little time.

I started with a recipe that consisted of a whopping four ingredients: cucumbers, garlic, dill and salt. That’s it. There’s no boiling or canning or heat or anything challenging. You literally put all this stuff in a big bowl and then eat them. Well, I chilled them first, because cold pickles are the best, and then I ate them.

Fair warning: You must love garlic to eat these. I mean LOVE it. In fact, I probably could have reduced the garlic to half of what I used and these would still be magical. You know those immune-boosting properties that garlic offers? You’ll get your fill, trust me.

Garlic aside, the dill is just delightful. I used regular garden-variety cucumbers but you could also use baby cukes.

Bread and butter pickles, on the other hand, use a rainbow of spices and thinner, English cucumbers for their sweet, flavorful slices.

Public service announcement: Don’t try to read a recipe for pickles while side-stepping four-legged beasts that insist on wrestling in your kitchen space while you simultaneously attempt to “help” with algebraic formulas that you barely mastered the first time around. I mistakenly added a tablespoon of ground coriander when it should have been a teaspoon.

Lesson learned, though it wasn’t a terrible outcome. They were still tasty, even if over-spiced, and since I’ll be the only one eating them, I’ll make sure they won’t go to waste. Besides, given our options for summer entertainment, I have plenty of time to perfect my pickles.

I call these easy pickles because they only take a matter of minutes to go from plain cucumbers to garlicky stars. Just beware - these are for garlic-lovers only.

2 medium garden-variety cucumbers, cut in half across the middle, then cut in half lengthwise and each quarter cut into spears

Place cucumber spears into a large bowl. Mash garlic with salt on a cutting board until a paste forms. Put the garlic mash on the spears and add dill. Stir well so the spears are covered. Chill in the fridge for about 20 minutes, or until you're ready to eat them.

Move over dill, these sweet and tangy bread and butter pickles are my new favorites.

Makes about 1 pint of pickles

½ cup each: sugar and white vinegar

¼ teaspoon each: turmeric and celery seed

In a large bowl, add sliced cucumbers and salt. Cover with ice cubes and let sit at room temperature for about 2 hours.

Pour sugar, vinegar and spices into a pot and bring to a boil. Add cucumbers and let come to a boil again, then take off heat and let cool. Chill in the fridge until ready to eat.

You can't beat fresh chilled salsa on a hot day. I went with mild poblano peppers but you could ratchet up the heat with jalapeños or other hot varieties. Feel free to adjust everything - garlic, cilantro, onion, etc.

½ of a small onion

Salt and pepper, to taste

To the bowl of a food processor (or a blender), add tomatoes, garlic, cilantro, onion and poblano and process on high until it reaches your desired consistency. Taste for salt and pepper and pulse again to mix.

This punchy sauce will instantly brighten your beef and chicken dishes. I normally make it for beef cuts like skirt and flank steak. This one uses parsley and cilantro, but you could go with only one or the other.

1 handful each: parsley and cilantro

4-5 garlic cloves (or less if you prefer)

Salt and pepper, to taste

Juice of half a lime

In a food processor (or blender) add parsley and cilantro, garlic, poblano and oregano. Process on high until finely chopped. With processor on low, add vinegar and oil. Stop and taste for salt and pepper. Add lime juice.