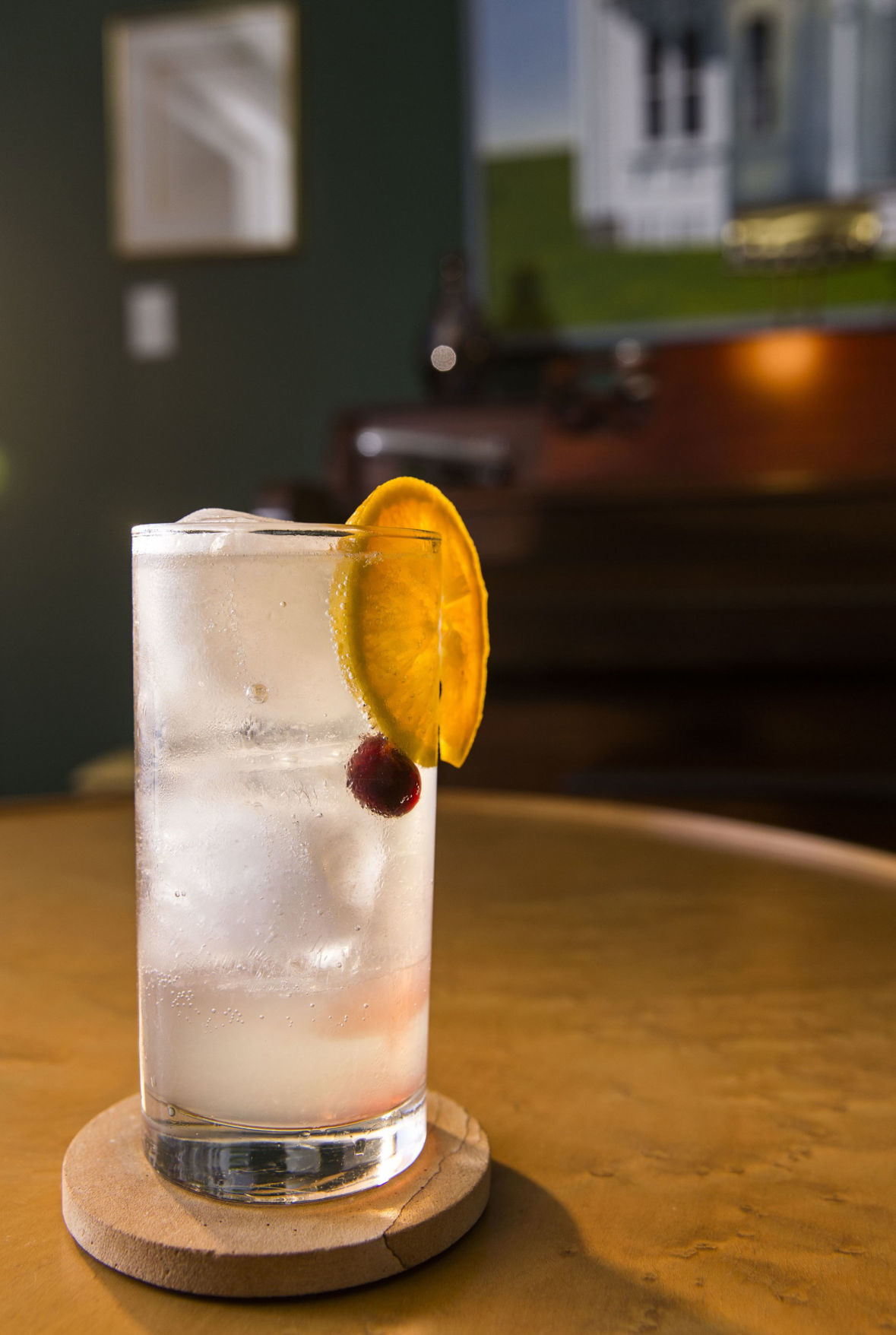 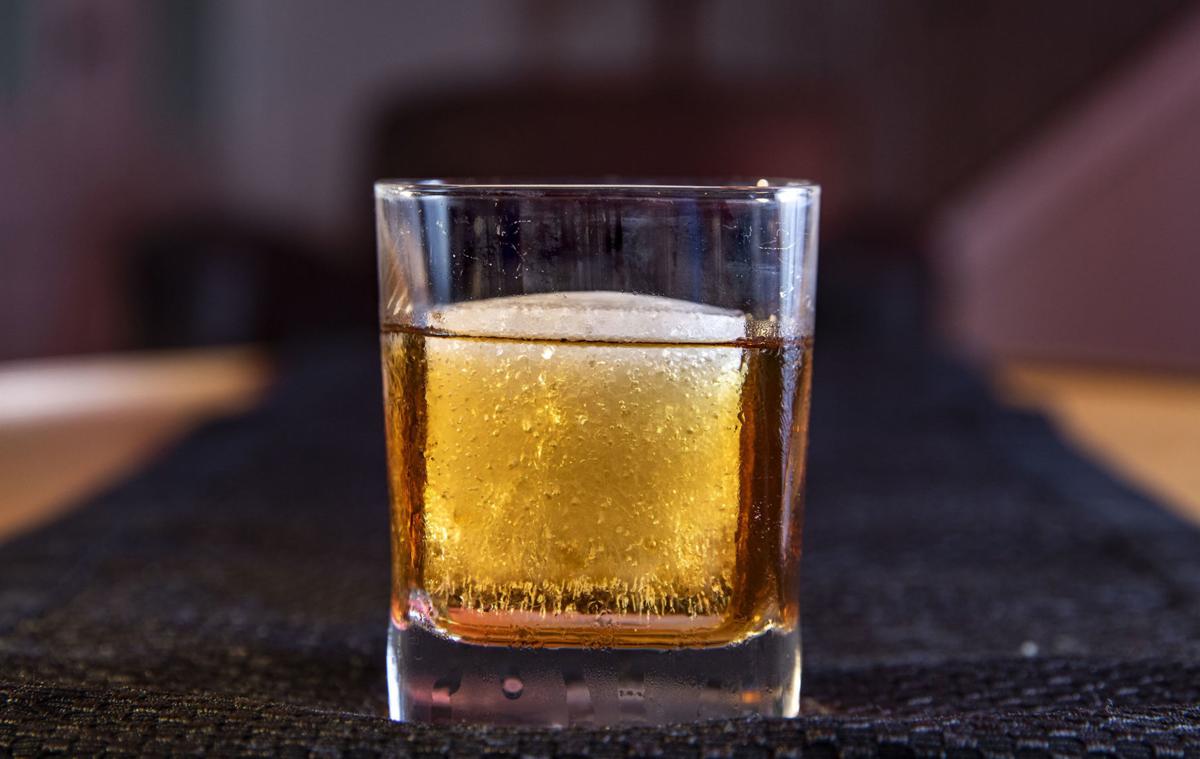 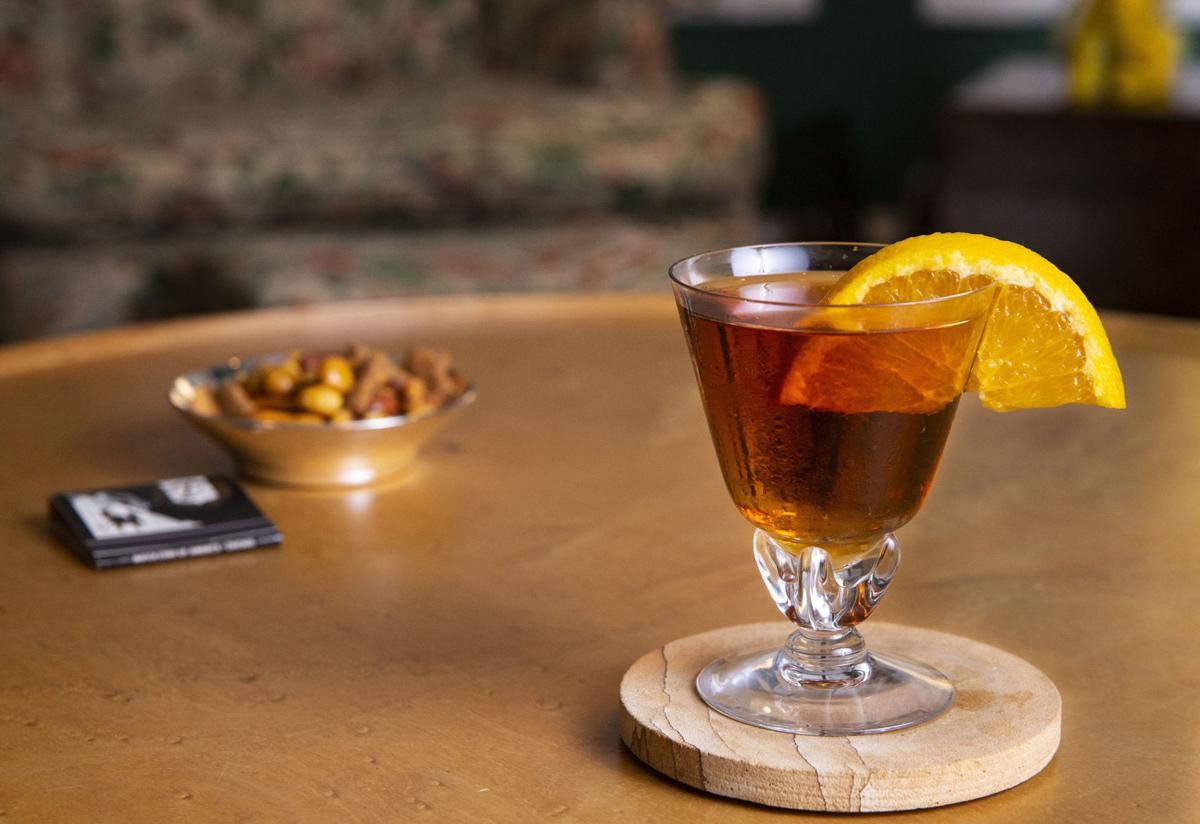 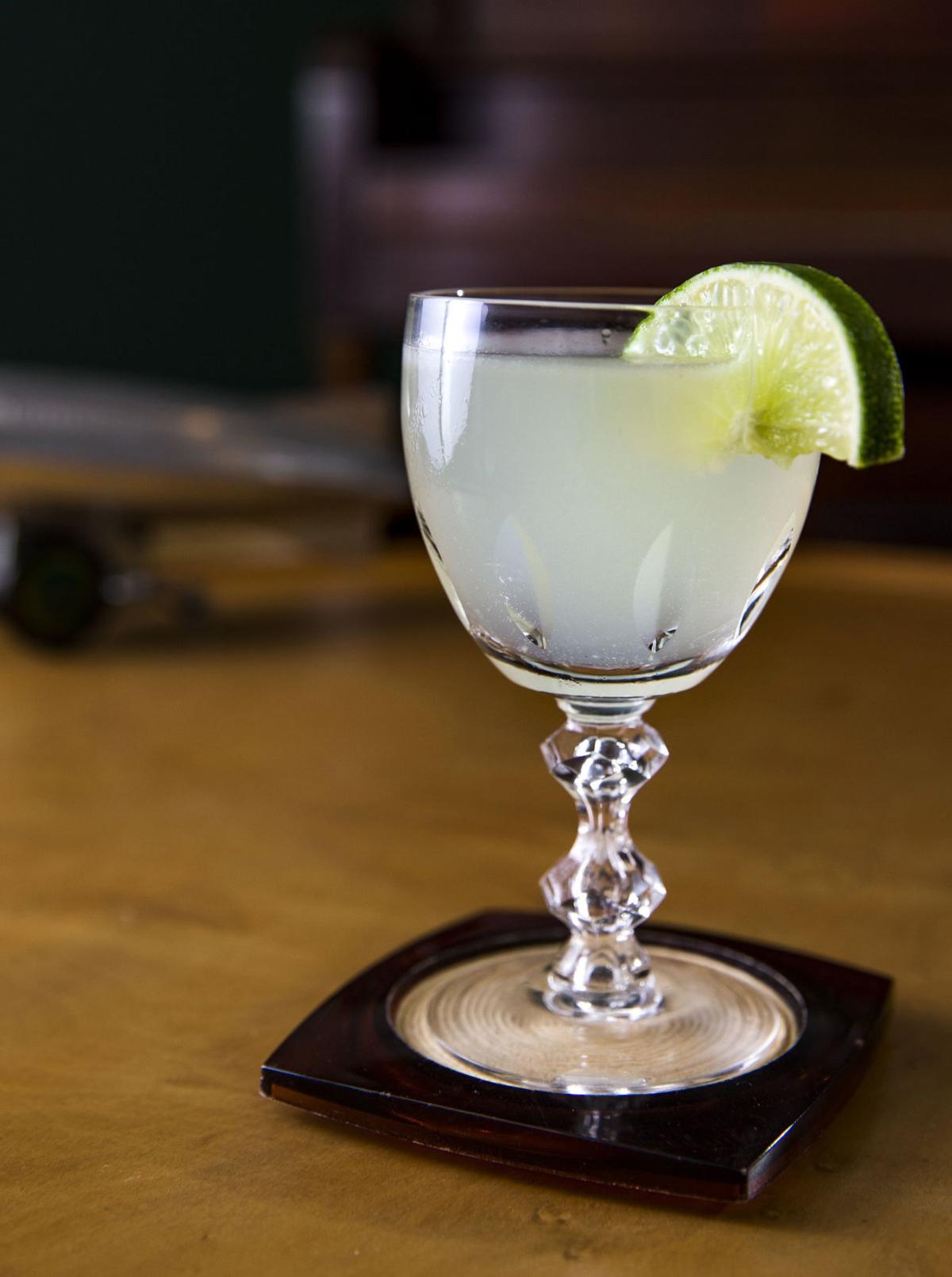 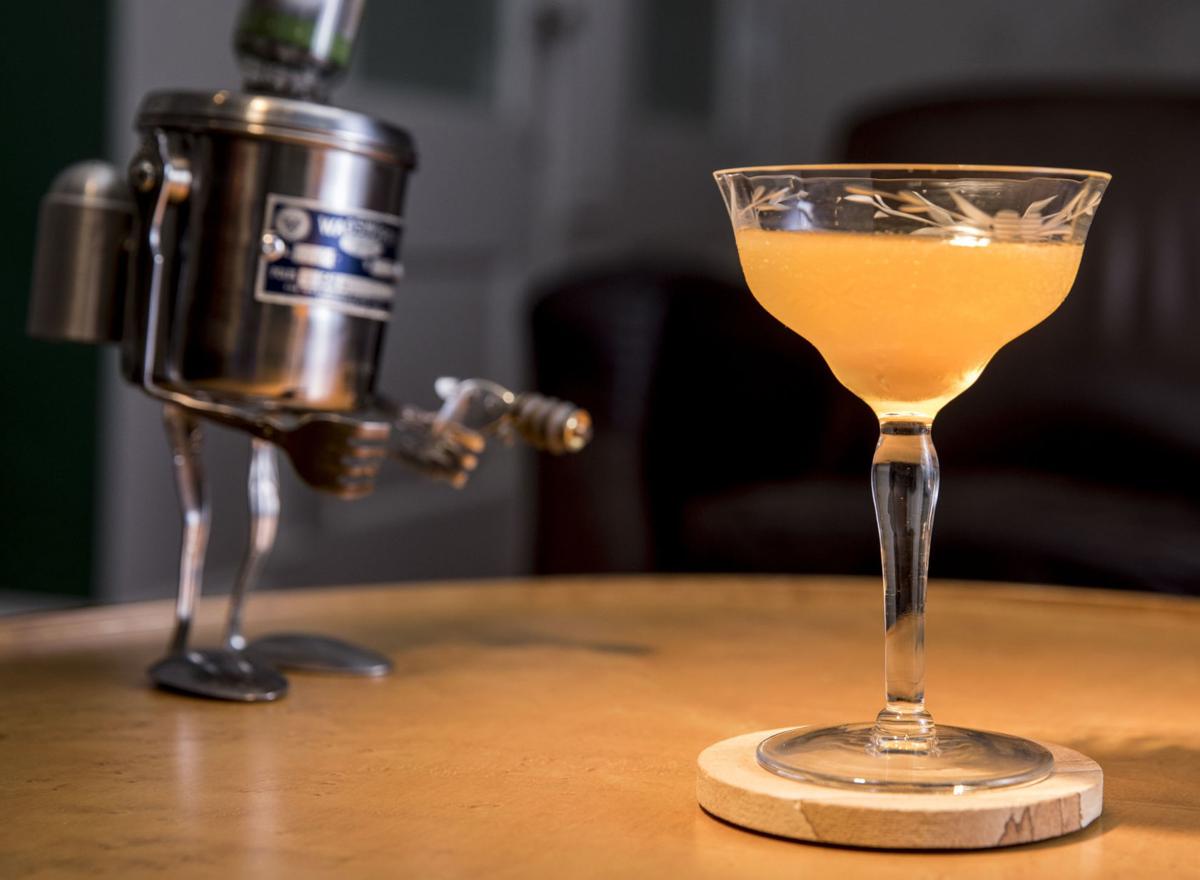 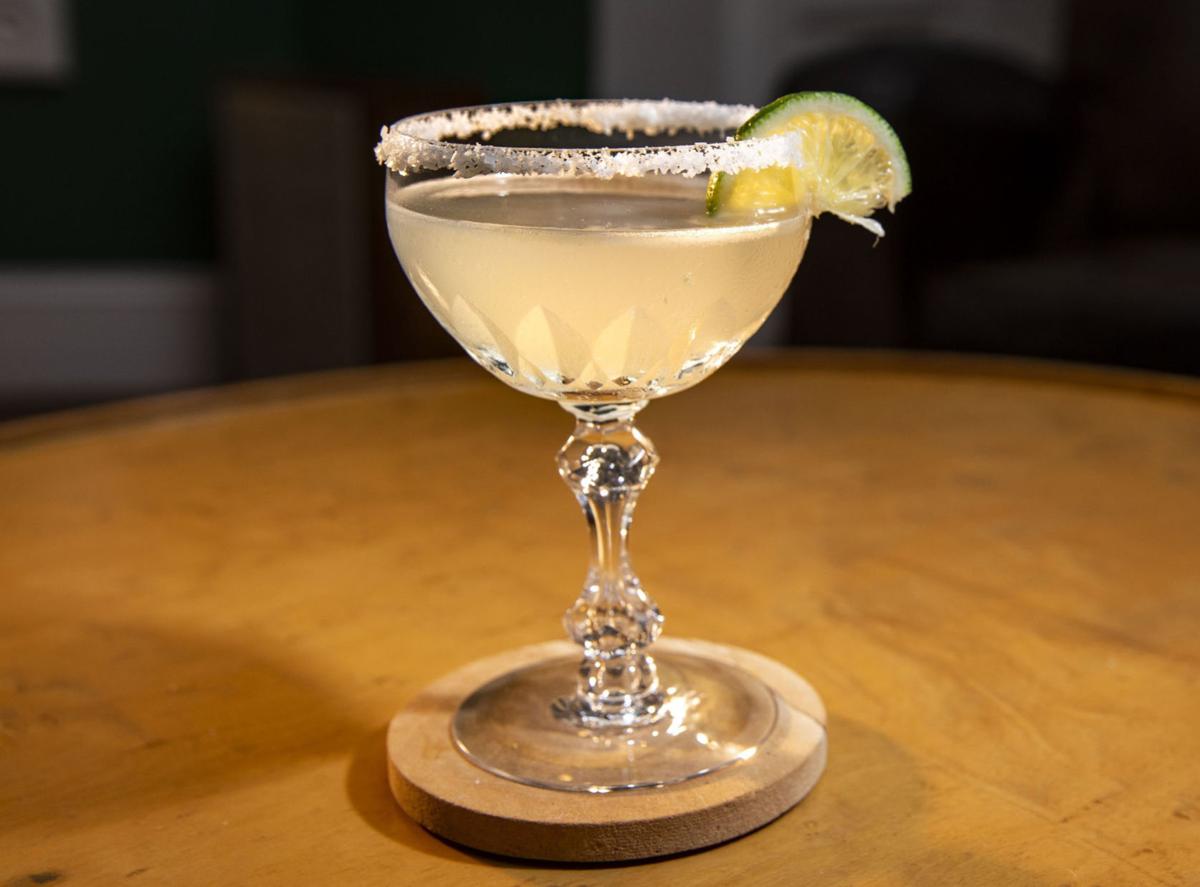 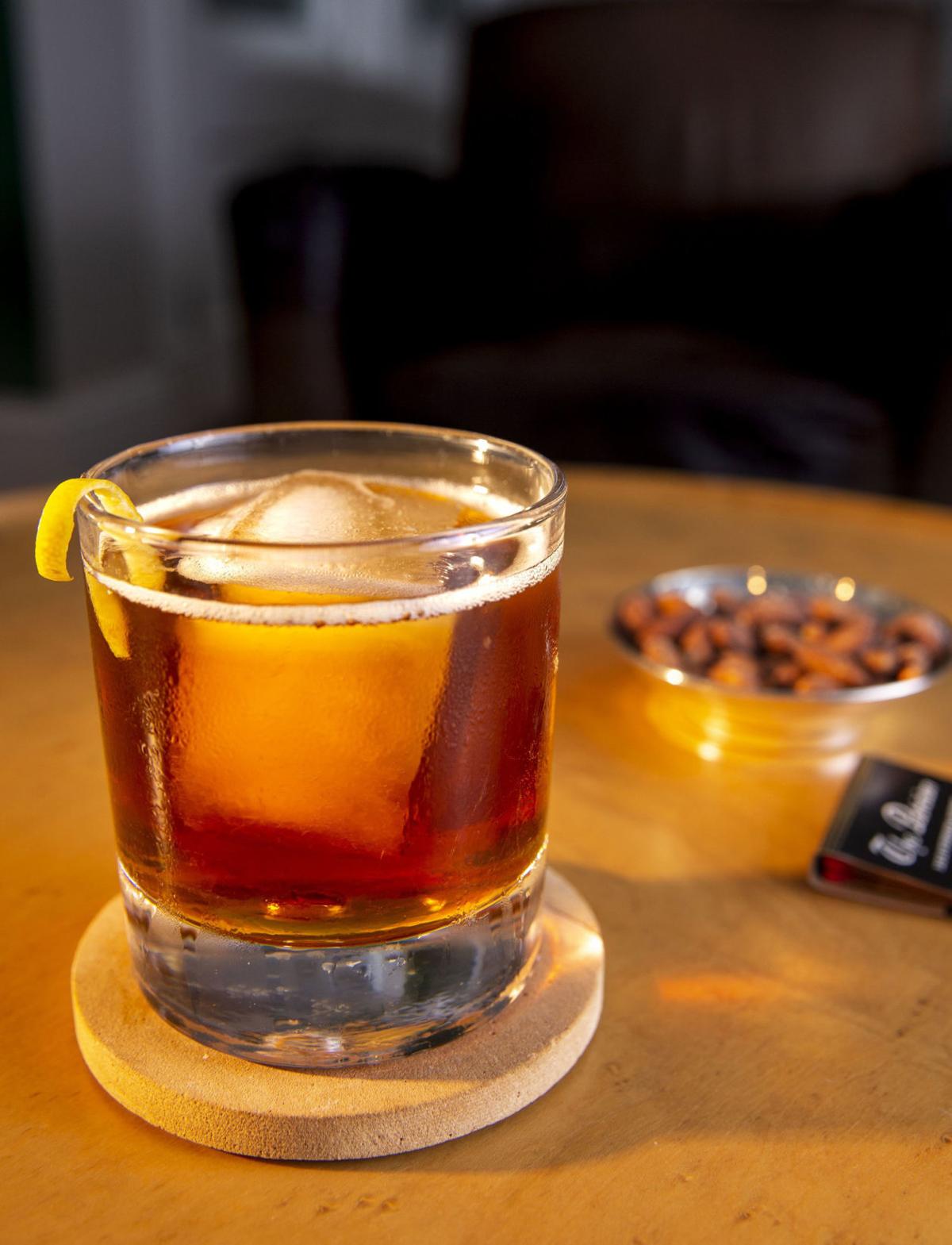 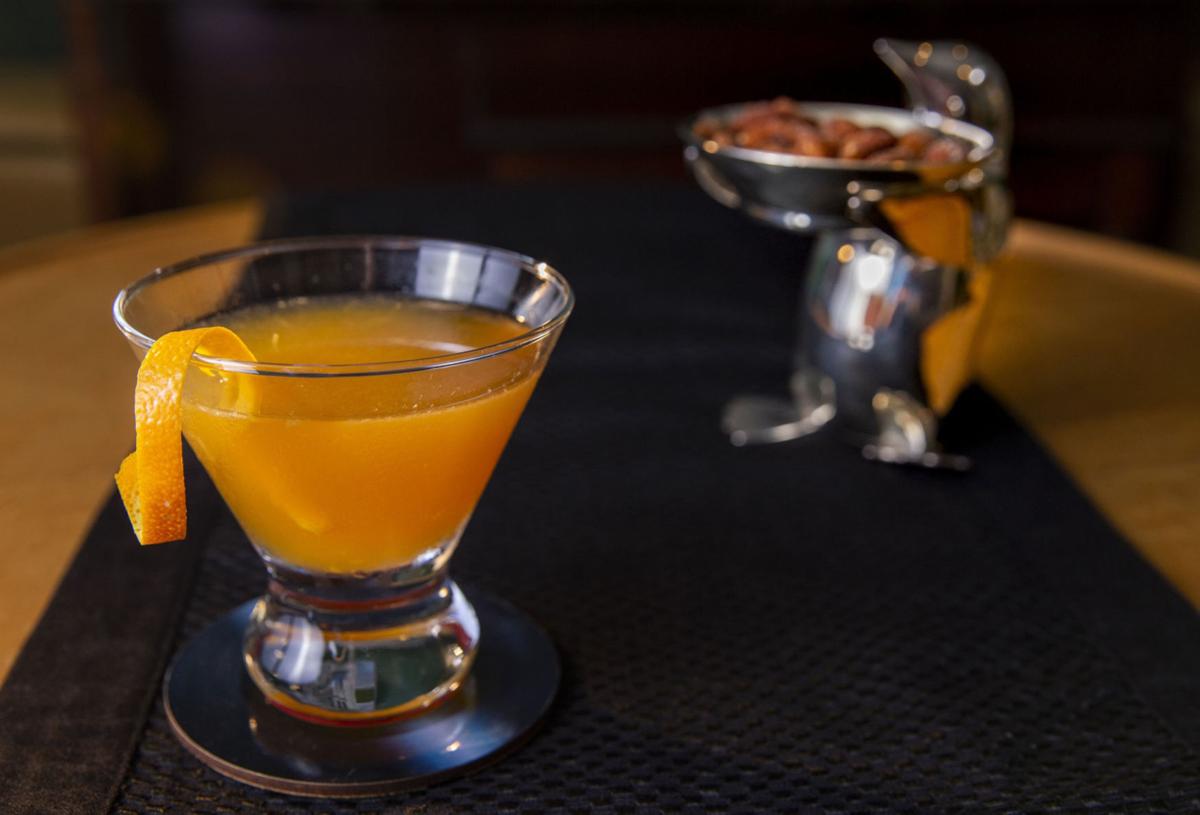 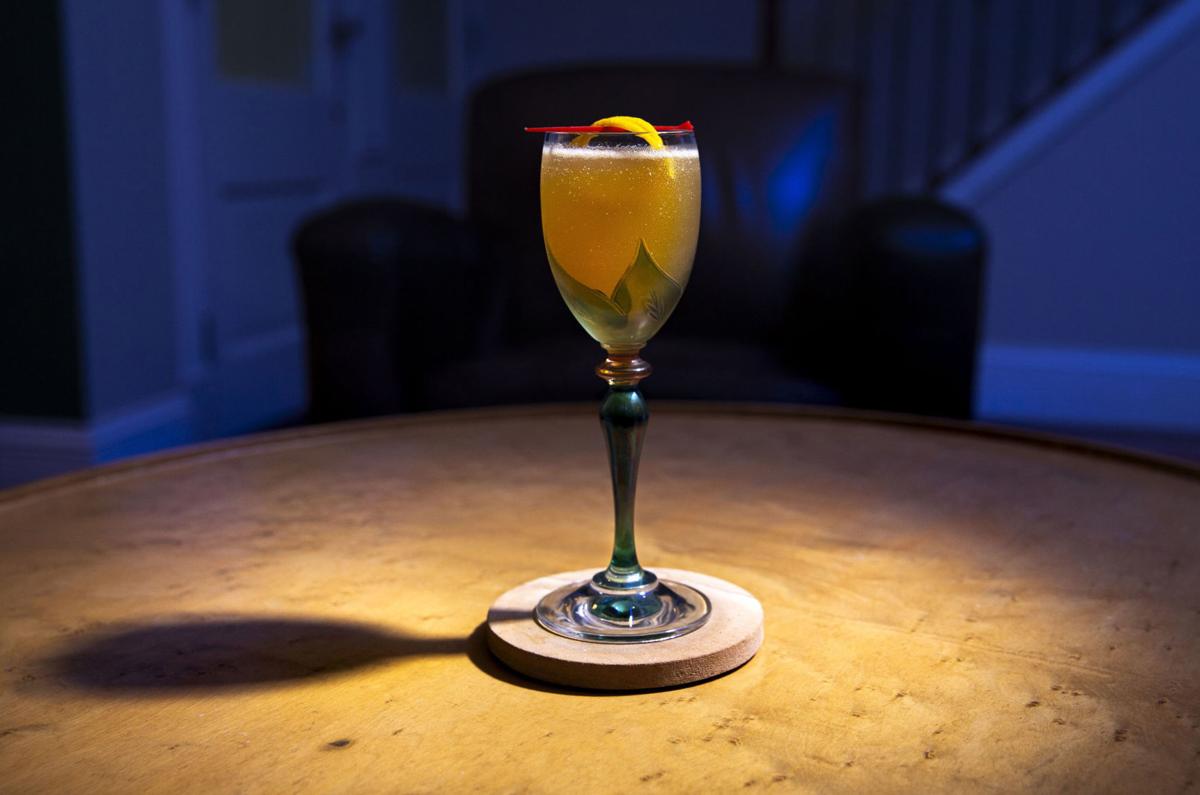 I don’t know about you, but I could use a good, stiff drink right about now.

I don’t mean those fancy cocktails that have been carefully crafted — no, curated — by mixologists using elderflower liqueur and artisanal bitters distilled from the berries from a single clump of bushes hidden near the shores of a remote lake.

I mean ordinary cocktails for ordinary folks: simple, clean and classic. The kind of cocktail where you don’t have to go out to the store to buy some exotic ingredient you will use only once because, as it turns out, you don’t particularly like it.

I’m looking at you, hibiscus syrup.

That said, for the sake of this article I went to the store to buy the bitter liqueur Campari, which I did not have.

I first used the Campari to make a Negroni, a cocktail that, despite its recent spate of hipness, dates back at least to 1919 when Count Camillo Negroni legendarily asked bartender Forsco Scarselli to make a stronger version of his favorite cocktail, an Americano.

The bartender kept the sweet vermouth and Campari of the Americana but replaced the soda water with gin. Voilà, the Negroni was born.

The classic Negroni is equal parts gin, vermouth and Campari, but I used a variation that goes a little heavier on the gin — never a bad thing — and lighter on the bitter Campari. That way, the Campari stays more in the background where it belongs and does not drown out the gin or vermouth.

Campari also plays an important part in the next drink I made, a Boulevardier, named for an American expatriate magazine in Paris in the late 1920s. A Boulevardier is made from bourbon, Campari and sweet vermouth. Don’t tell anyone, but it is basically a Negroni with bourbon instead of gin.

But what a difference the bourbon makes. The Boulevardier is a rounder, fuller-tasting drink; it is a Manhattan with a bitter edge to tamp down the sweetness. Perhaps it is just my preference of bourbon over gin, but I think the time is right for the Boulevardier to have its time in the sun — again.

This happy concoction, created back in 1876, is the perfect hot-weather cocktail. It mixes gin with lemon juice and simple syrup and makes it delightfully quaffable with club soda. Think of it as a sparkling lemonade with a kick.

You’ll probably be most satisfied with a basic unadorned gin, such as a London dry gin. The more herbal essences that are packed into the gin, the more flavors there will be to compete with the drink’s blissful simplicity.

For a lot of people, hot weather means margaritas. For many of them, margaritas mean a bottled premade mix. Don’t be one of those people.

Margaritas — which date back to 1938 — are easy to make, and the ones you mix at home are guaranteed to be better than anything that comes out of a bottle. You need only three ingredients: tequila, lime juice and simple syrup.

You can actually buy simple syrup, if you have an inexplicable aversion to money. Or you could just make it yourself by boiling together some water and sugar. And it will practically keep forever.

Another summertime drink is the daiquiri, the ultimate sweet-and-sour hot-weather drink that was invented in 1902. On the sour side, you have lime juice. On the sweet side, you have rum, simple syrup and superfine sugar.

Superfine sugar, which you can pick up online for $8 a pound, is easier to make than simple syrup. Put sugar in a blender and blitz it for 10 seconds.

In the right proportions, or even the wrong ones, a daiquiri is delightful.

After that was one of my personal favorite cocktails, the sidecar, which dates back to around 1920.

Next, I made a Black Russian. It didn’t take long; it has only two ingredients: vodka and Kahlúa. But put together, they have the most marvelous, velvety texture.

The Black Russian was invented in 1949, created in Luxembourg in honor of the teetotaling American ambassador to that country. It combined two of the most popular spirits of the day — the White Russian came later, with the addition of heavy cream.

The Bronx Cocktail, invented in 1905, was hugely popular in the 1930s before slipping out of the public’s consciousness. But maybe it is time for it to slip back in. It’s so smooth and balanced.

The Bronx Cocktail mixes gin with both sweet vermouth and dry vermouth, plus orange juice and a dash of Angostura bitters. It is a well-crafted, thoughtful combination, not too fruity but not too sophisticated, either. It’s a Goldilocks kind of drink — just right.

My last cocktail is another one of my favorites, Satan’s Whiskers, which dates back to Prohibition. It is like a Bronx Cocktail, but with more of an orange flavor and less of a kick.

Once again, you begin with gin, orange juice, and sweet and dry vermouths. But then you add a splash of Grand Marnier, which is an orange liqueur, and a dash of orange bitters, if you have it. I didn’t, so I used chocolate bitters, which gave it an intriguing undertone that acted as a counterpoint to the orange flavors.

But any bitters will do. Maybe you could try them all and see which type you like best.

1 thin round of orange, for garnish

In an ice-filled mixing glass, stir together gin, vermouth and Campari until very cold. Strain into an ice-filled rocks glass. Twist the orange zest over the drink to spray with its oils; discard the zest. Garnish with slice of orange.

In a cocktail shaker, combine bourbon, Campari and sweet vermouth with ice and shake until cold. Strain into a cocktail glass, coupe or rocks glass over ice. Garnish with a lemon twist.

In a cocktail shaker, combine gin, both vermouths, orange juice and bitters with ice. Shake well until cold and strain into a glass over ice. Garnish with orange peel.

— Adapted from “The Essential Cocktail” by Dale DeGroff

Note: To make simple syrup, boil ½ cup granulated sugar and ½ cup water, stirring frequently, until the sugar dissolves and the liquid turns clear. Cool before using. Can be stored in a clean jar in the refrigerator almost indefinitely.

Rub the lime wedge around the rim of a margarita glass and dip the top of the glass in the salt. Place glass in refrigerator, if desired.

In a shaker with plenty of ice, place tequila, lime juice and simple syrup and shake until very cold, about 20 seconds. Strain into prepared glass and garnish with thin slice of lime.

Note: To make superfine sugar, place granulated sugar in blender and process for 10 seconds. Can be kept in airtight container indefinitely. To make simple syrup, boil an equal volume of granulated sugar and water, stirring frequently, until sugar dissolves and mixture becomes clear. Allow to cool before using. Can be kept refrigerated in a clean jar almost indefinitely.

In a cocktail shaker, combine superfine sugar, rum, lime juice and simple syrup; stir until sugar dissolves. Add ice and shake until cold. Strain into a glass. Twist the strip of lime zest over the drink to release its oils, and garnish with a lime twist.

In a cocktail shaker with ice, combine vodka and Kahlúa. Shake until cold and strain into an old-fashioned glass over ice.

— Adapted from “The Art of the Cocktail” by Philip Collins

Chill glass in refrigerator. In a shaker with plenty of ice, place cognac, Cointreau and lemon juice and shake until cold, 15 to 20 seconds. Strain into glass and garnish with orange-peel twist.

Note: To make simple syrup, boil an equal volume of granulated sugar and water, stirring frequently, until sugar dissolves and mixture becomes clear. Allow to cool before using. Can be kept refrigerated in a clean jar almost indefinitely.

In a cocktail shaker with ice, combine gin, simple syrup and lemon juice and shake until cold. Strain into a Collins glass (tall and straight) with ice, and fill with club soda. Garnish with cherry and orange slice.

Adapted from “The Essential Cocktail” by Dale DeGroff

Dash orange bitters or other bitters

In a cocktail shaker, combine both vermouths, gin, orange juice and Grand Marnier with ice. Shake well and strain into a cocktail glass.

— Adapted from “The Art of the Cocktail” by Philip Collins