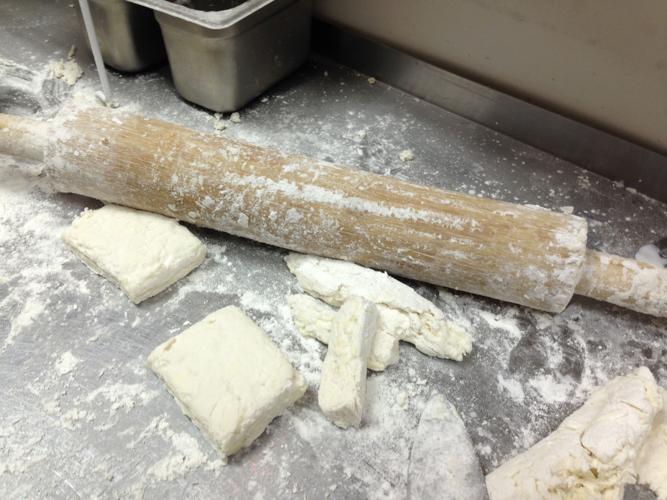 Tim Laxton prepares another batch of biscuits at his Early Bird Biscuit Co. & Bakery, using a rolling pin made by his great grandfather on his mother’s side. “Biscuits are very forgiving” he says, but you don’t want to knead or handle them too roughly. 5411 Lakeside Avenue. April 9, 2015 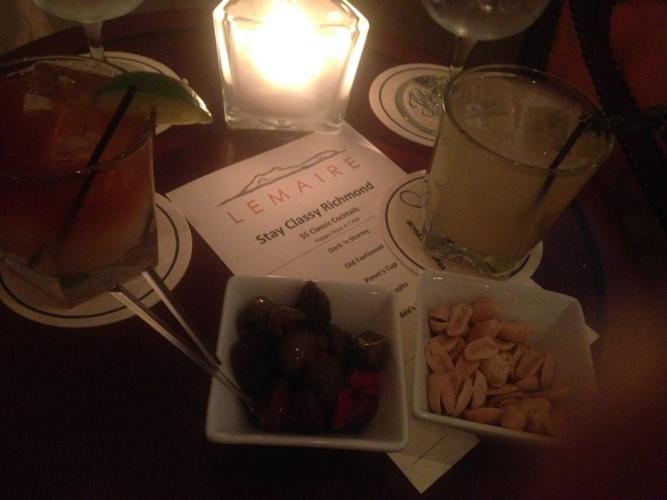 After a year and a half in Lakeside, Early Bird Biscuit Co. has announced that it’s moving.

Owner and baker Tim Laxton opened the biscuit shop in July 2014 at 5411 Lakeside Ave., but in March the shop will relocate to 119 N. Robinson St. in the Fan District.

The restaurant posted about the move on its Facebook page last week.

“This was a very difficult decision to make however a necessary one for various reasons. In our new space we will be better equipped to provide our product more efficiently. Our building will be compliant for individuals with disabilities. I can employ others thus providing more jobs,” the restaurant posted.

Zeus Gallery Café at 201 N. Belmont Ave. in the Museum District is closed.

Zeus Gallery Café opened in 1991. In September 2013, then-owner Ted Doll, who was the second owner of the restaurant, listed it for sale.

Angie and Randy Dudley bought it and reopened the space just under two years ago.

“The restaurant was there for 24 years,” Doll said. “It tears my heart out at the moment that it’s not there.”

Doll said he’s already heard from prospective buyers for the restaurant. Fourteen of them, to be exact, so he feels confident that a restaurant will be operating in that space very soon.

“I wish Angie nothing but the best,” Doll said.

Lemaire at The Jefferson Hotel is listed on a new international restaurant ranking system as one of the Top 101 restaurants in the country.

The ranking, La Liste, was an initiative formed by France’s Foreign Minister in part to help garner more exposure for French restaurants, according to Time magazine. The overall list ranks 1,000 “tables of exception” from 48 countries, including 118 in France.

La Liste founder, Antoine Ribaut, told Time magazine that part of the motivation for starting the ranking was in response to what he sees as a lack of objectivity in the current industry standard, the World’s 50 Best list.

Lemaire isn’t the only Virginia restaurant on the list. The Inn at Little Washington came in at No. 26 in the U.S. and No. 555 in the world.

To view the whole “liste,” go to www.laliste.com.

Short Pump residents will finally get a taste of Mellow Mushroom ... in about a year.

Franchisee Jay Shah is opening a branch of the Georgia-based pizza and sandwich chain in GreenGate, a mixed-use development in the works on West Broad Street, west of Short Pump Town Center.

This will be the third Mellow Mushroom in the Richmond area; the first opened in 2013 at 3012 W. Cary St. in Carytown, and one is in the works at 1403 Huguenot Road in the new TownePlace property. All three are independently owned.

The Short Pump Mellow Mushroom is also the third restaurant tenant for GreenGate. The Daily Kitchen & Bar and a sushi and steakhouse from EAT Restaurant Partners also are in the works for the development.

“We started talking to (Mellow Mushroom) pretty early,” said Peter Vick of NAI Eagle, which is handling the leasing for the development. “We thought it was a good fit for what we were doing with the other restaurants (in GreenGate).”

Early Bird Biscuit Co. & Bakery opened in its new home at 119 N. Robinson St. in the Fan District on Saturday.

Tim Laxton prepares another batch of biscuits at his Early Bird Biscuit Co. & Bakery, using a rolling pin made by his great grandfather on his mother’s side. “Biscuits are very forgiving” he says, but you don’t want to knead or handle them too roughly. 5411 Lakeside Avenue. April 9, 2015