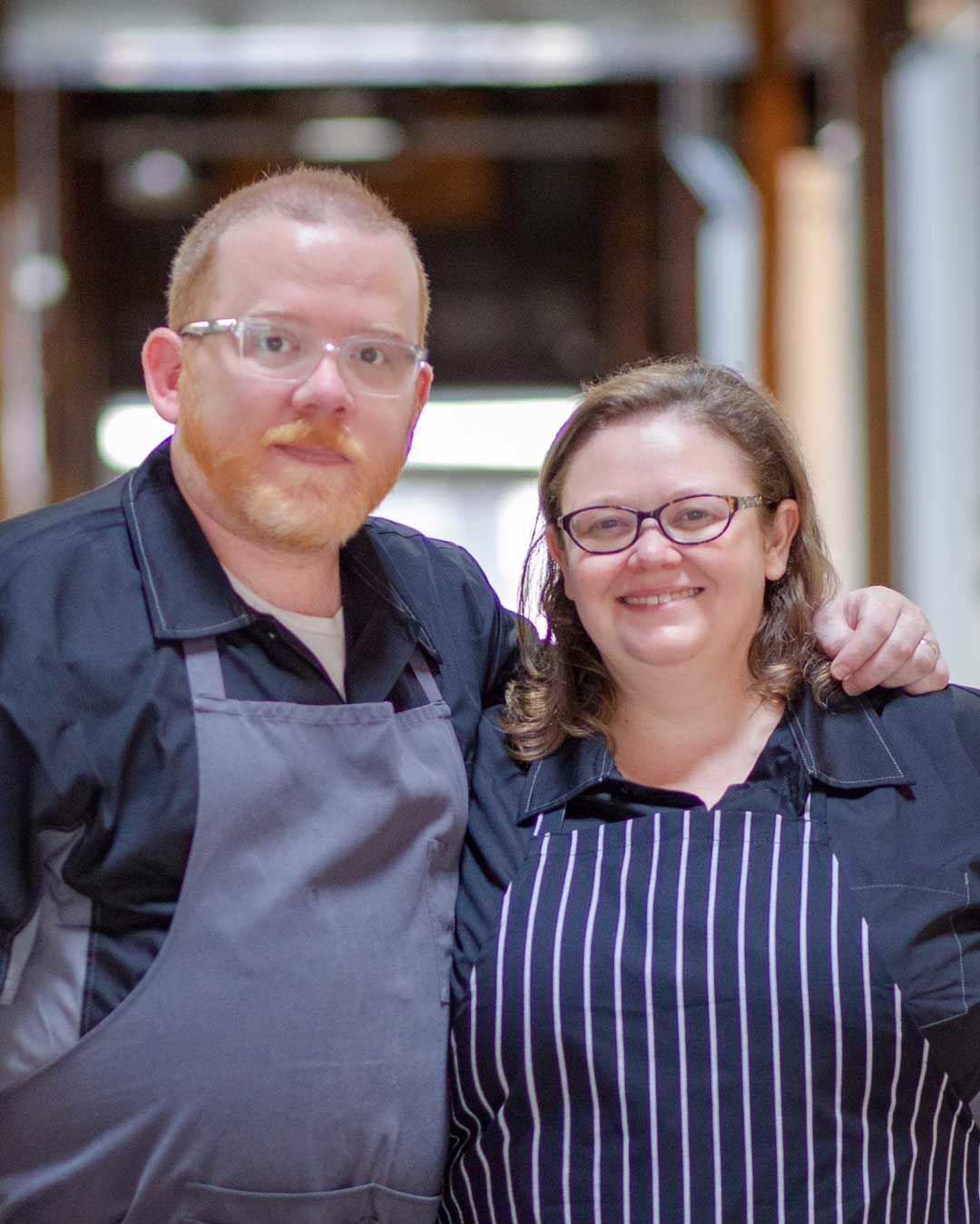 Jon Martin and Liz Clifford, founders of Dunharrow Concepts, are happy to be feeding people. 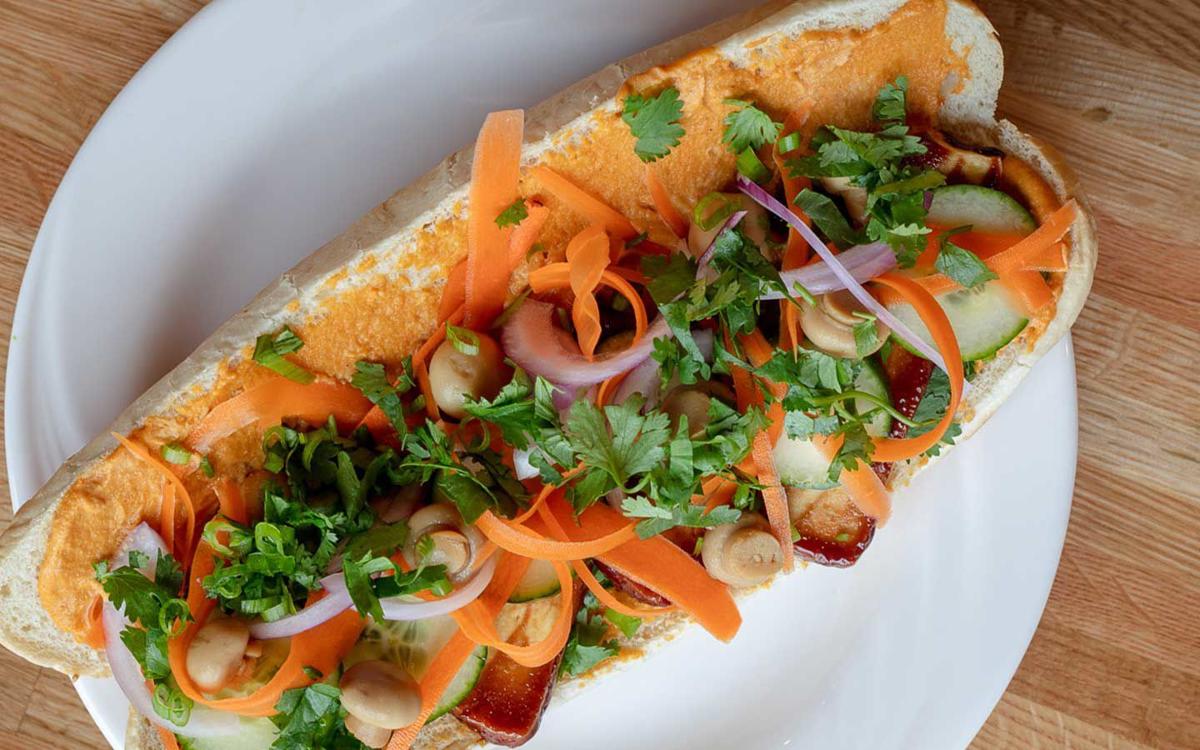 Overindulgence is the theme for Garden Party and the other concepts. 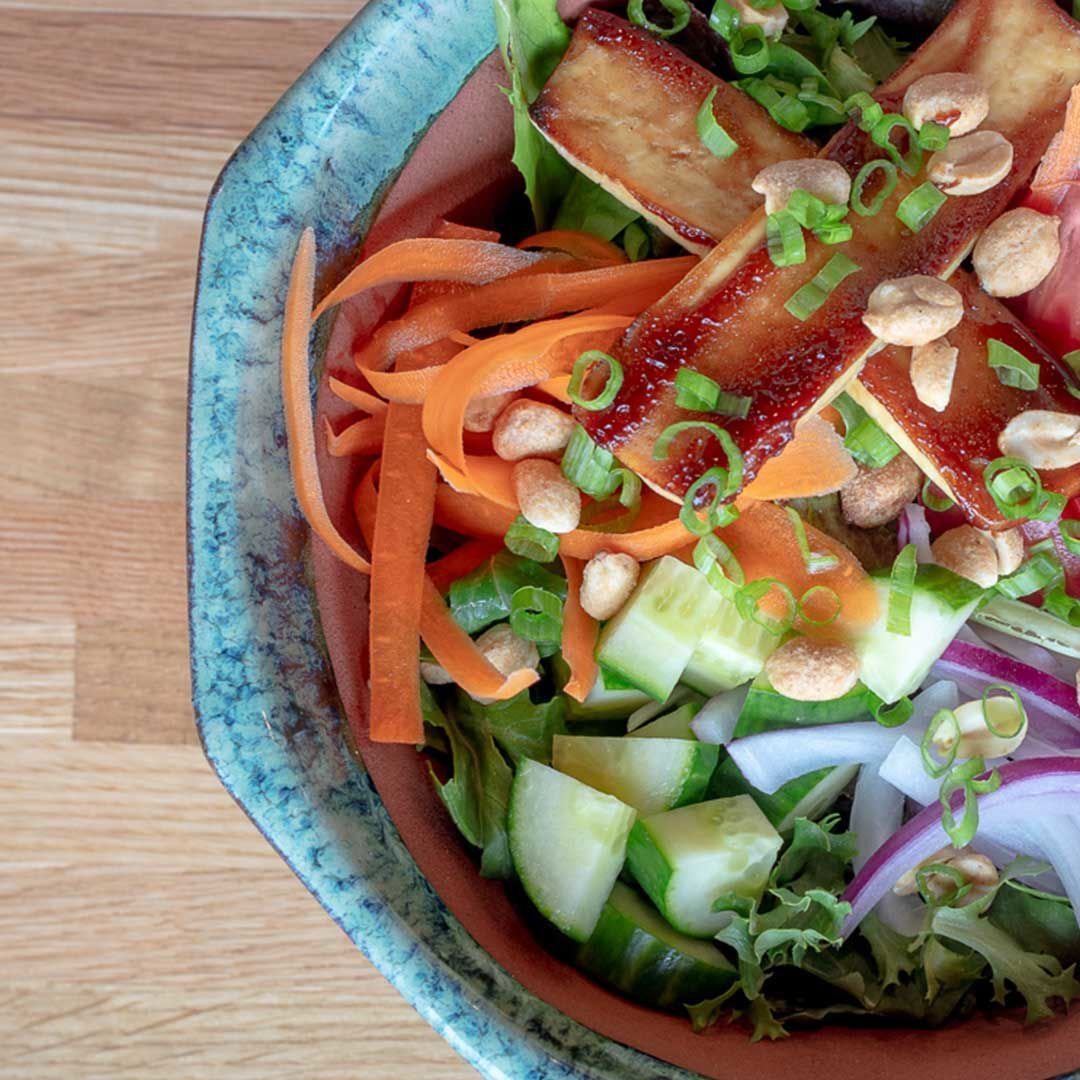 Garden BBQ Salad is on the menu for Garden Party, which offers vegan and vegetarian fare for Dunharrow Concepts.

When husband-and-wife duo Jon Martin and Liz Clifford came up with the idea for three delivery-only restaurants, all operated out of one kitchen, they did not know that they would be opening in the throes of a global pandemic.

“We literally had paperwork that I was trying to get dropped off at City Hall the day City Hall closed,” said Clifford, who previously worked as the chef de cuisine at Comfort.

But the idea, which they have dubbed Dunharrow Concepts, turned out to be perfectly suited for the coronavirus era. Even with many states, Virginia included, beginning to allow dine-in restaurants to reopen, there is still a high demand for delivery from those who aren’t ready to risk eating out.

The perfect timing “was a coincidence, and at that I would probably add that it was kind of a happy coincidence,” said Martin, who was previously the chef de cuisine at Pasture and, before that, worked at Julep’s. Before moving to Richmond, the couple lived and worked in the D.C. area. They have around 40 years of restaurant experience between them.

The idea for a delivery-only restaurant actually sprang from Clifford and Martin’s desire to be able to do what they love — feed customers — without having to deal with some of the typical stresses of the restaurant industry. This model, which they call a “ghost kitchen,” allows them to work with less staff, less equipment and less space. It means that they can focus on the food, Clifford said, and not on things like whether patrons got their water refilled quickly enough.

The first of the three concepts, which opened June 25, is called Garden Party and serves vegan and vegetarian fare. So far, Clifford and Martin have partnered with Grubhub and UberEats for deliveries, and they are hoping to also partner with Chop Chop, a Richmond-area delivery service.

Coming up with three different restaurants to operate out of the same kitchen space meant designing menus that rely on overlapping equipment and ingredients. The vegan sub rolls being used for Fat Kid Sandwiches can also be used in Garden Party recipes, for example.

But they also wanted to come up with an array of restaurants “that would give everybody something,” according to Martin. And, knowing that many Richmonders had been subsisting only on delivery and takeout food for months, the couple did not want to merely rehash favorites, such as pizza, Chinese or Indian food.

Instead, they wanted to introduce restaurant ideas that were not only unusual for delivery, but also “were missing from the Richmond food scene” in some cases, Clifford said.

Clifford and Martin said that Victory Garden, a salad bar-style restaurant, stands apart because it offers vegetarian food that isn’t strictly health food. From there, patrons can mix and match proteins, lettuces and toppings as healthful — or unhealthful — as they like.

“Most vegetarians, and vegans especially, are confronted with, ‘Here’s your salad, and you can have some hummus.’ And I love hummus and I love eggplant, and I’m not trying to hate on those things, but we want to give people some more fun options,” Clifford said. All three restaurants, Martin explained, share a theme of “overindulgence.”

Currently, Garden Party is open for limited hours, from 5 to 9 p.m. Wednesday through Saturday, as Martin and Clifford begin to get into the rhythm of running such an unconventional operation. Most days, they split tasks 50-50, with one person working on the administrative end and the other doing the cooking.

Within the next few weeks, they hope to hire another employee. Well aware of the toll that the coronavirus pandemic has taken on those who work in the restaurant industry, the pair is eager to “just [get] one cook who lost their job back working again,” Clifford said.

For now, though, Clifford and Martin are taking things day by day.

“I think the biggest thing that we’ve understood … is, at the end of the day, when it all boils down, it’s food. We’re feeding people. It’s something we know how to do,” Clifford said. “We can make it happen.”

Jon Martin and Liz Clifford, founders of Dunharrow Concepts, are happy to be feeding people.

Overindulgence is the theme for Garden Party and the other concepts.

Garden BBQ Salad is on the menu for Garden Party, which offers vegan and vegetarian fare for Dunharrow Concepts.