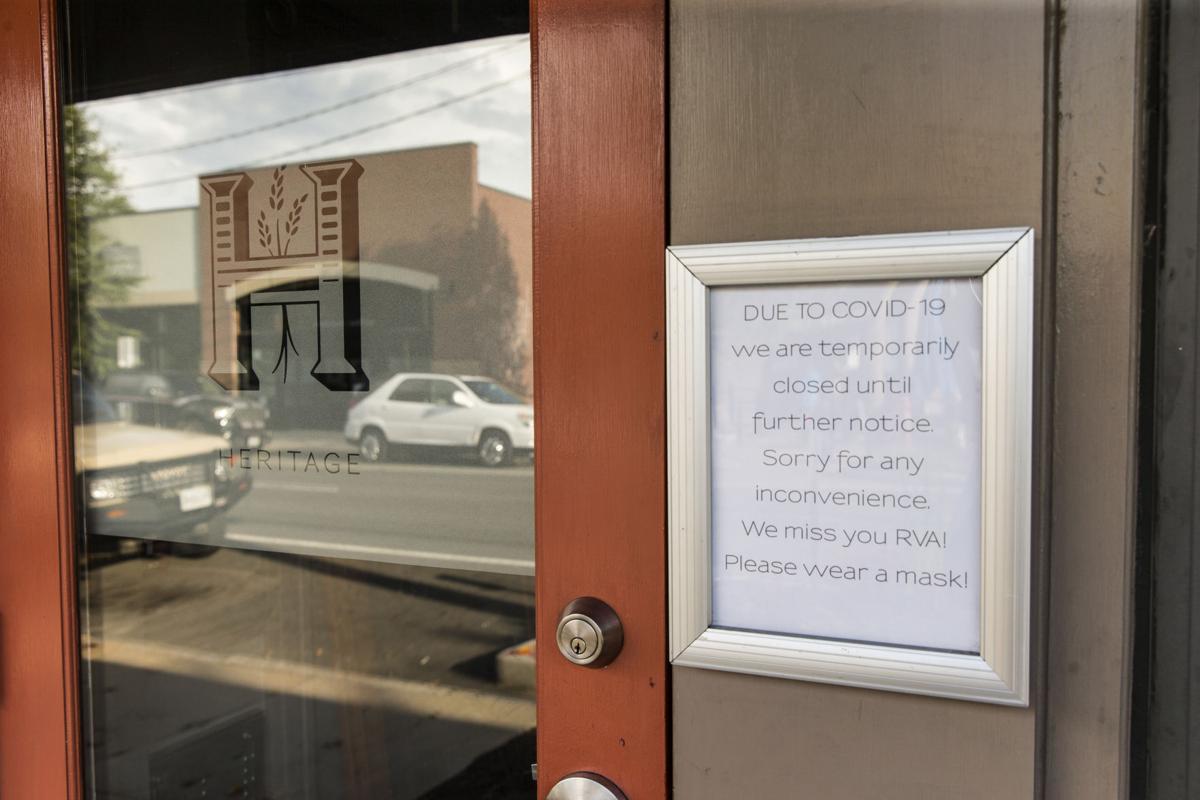 Heritage restaurant is closing temporarily, but its owners vow to reopen. 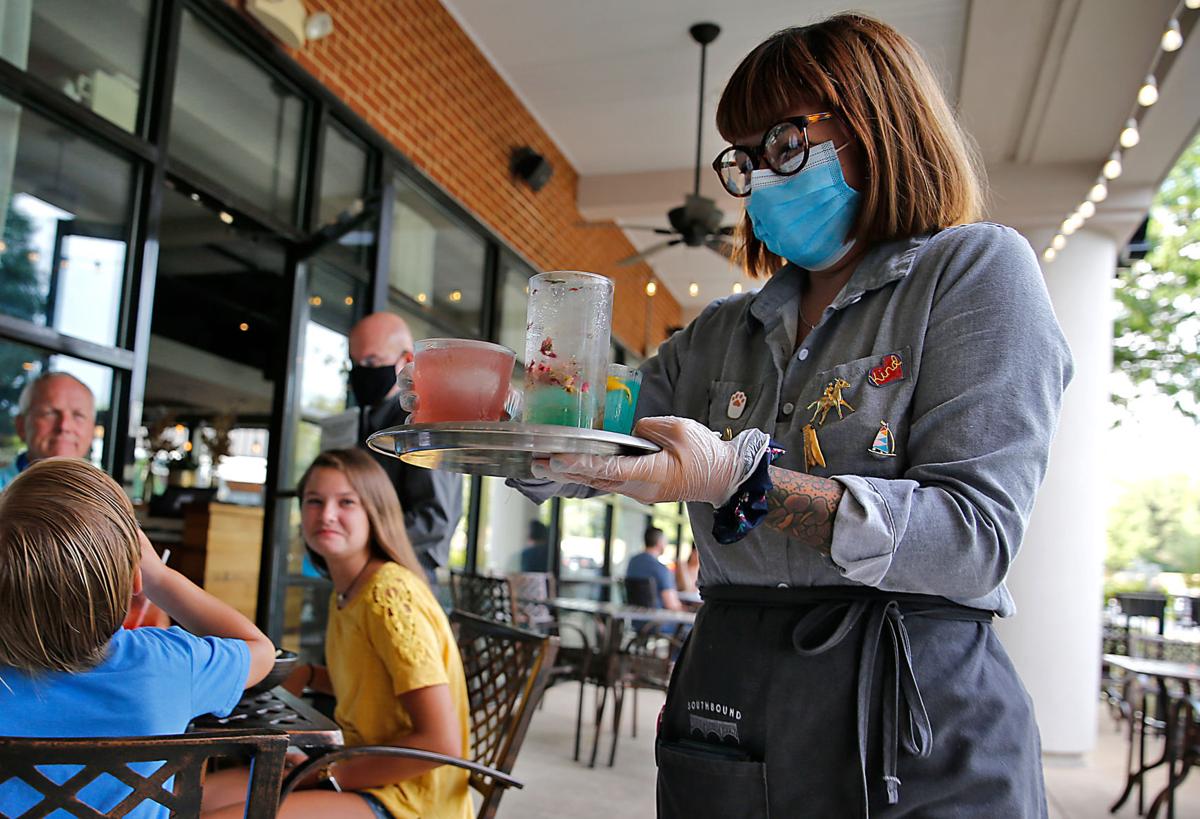 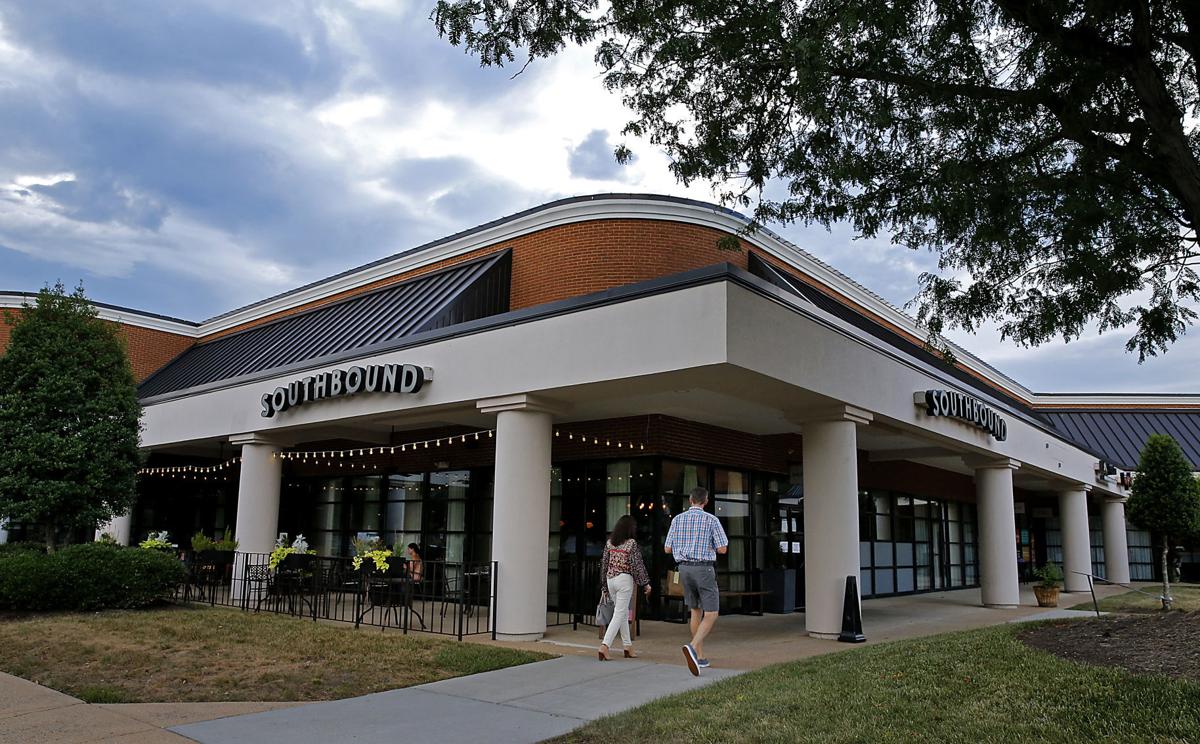 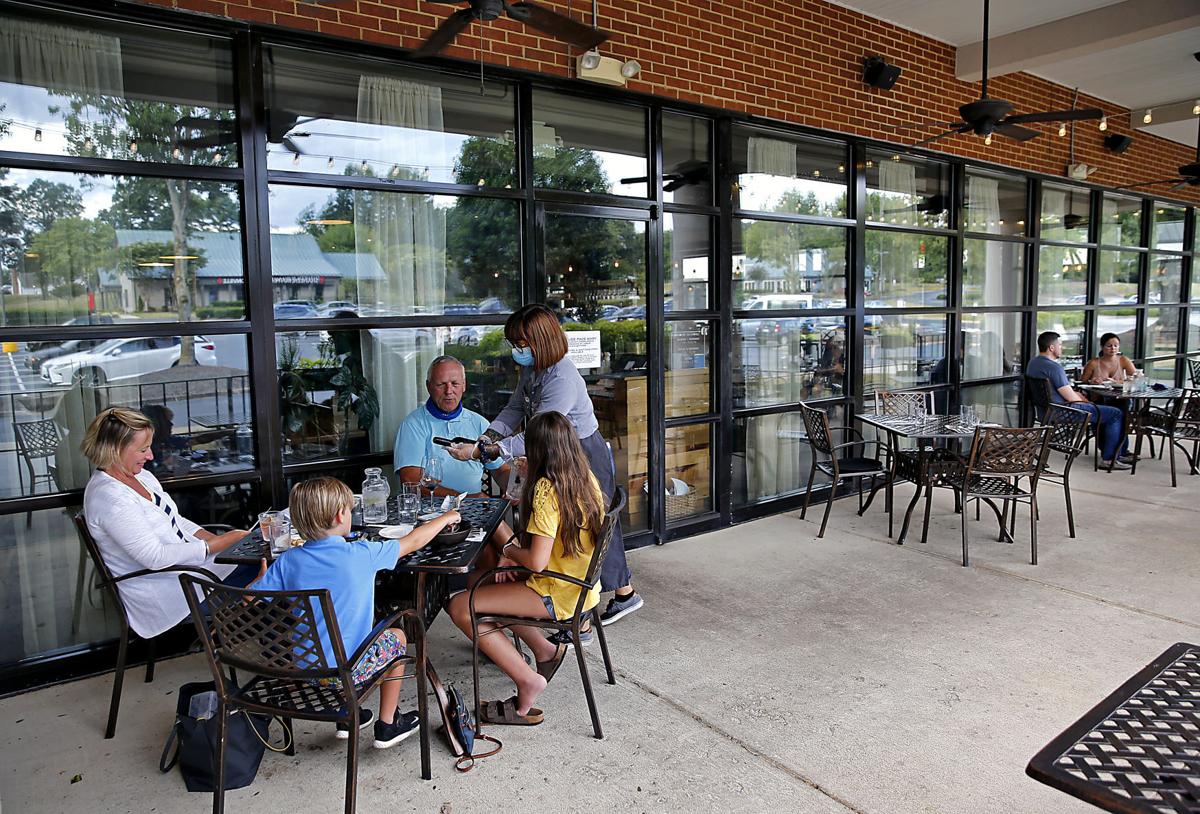 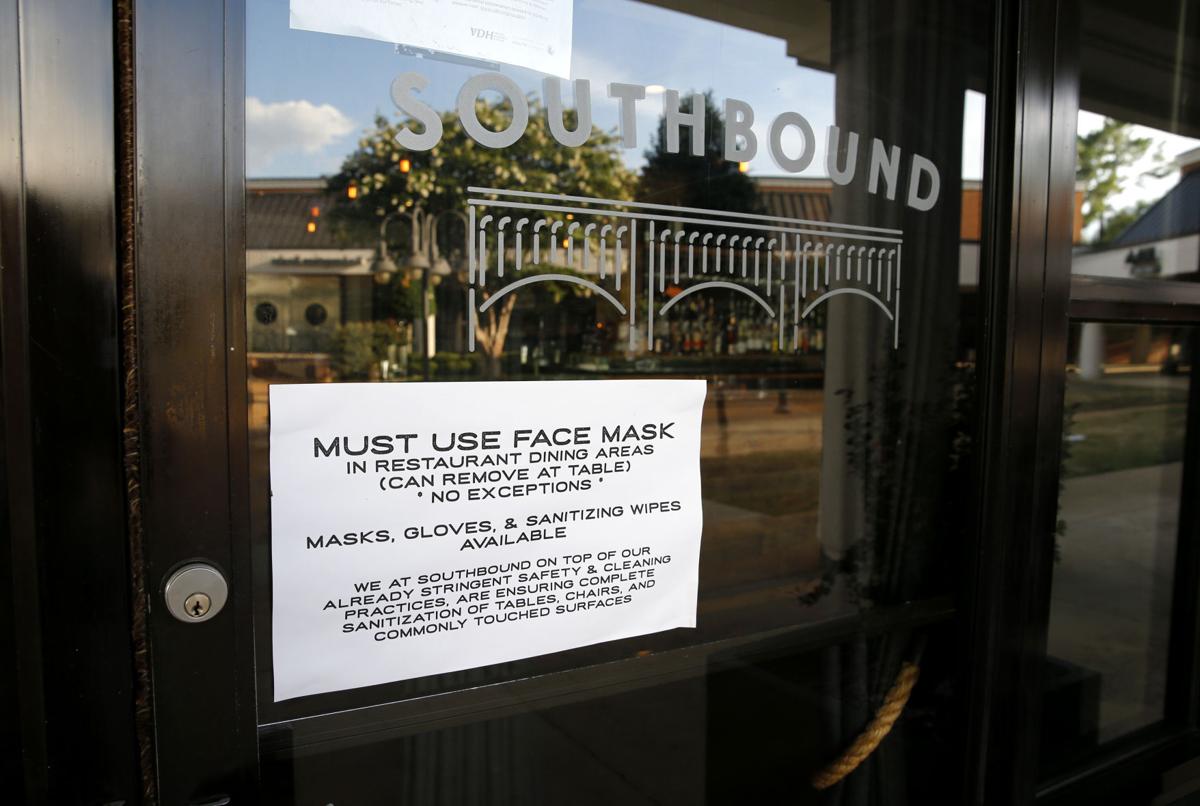 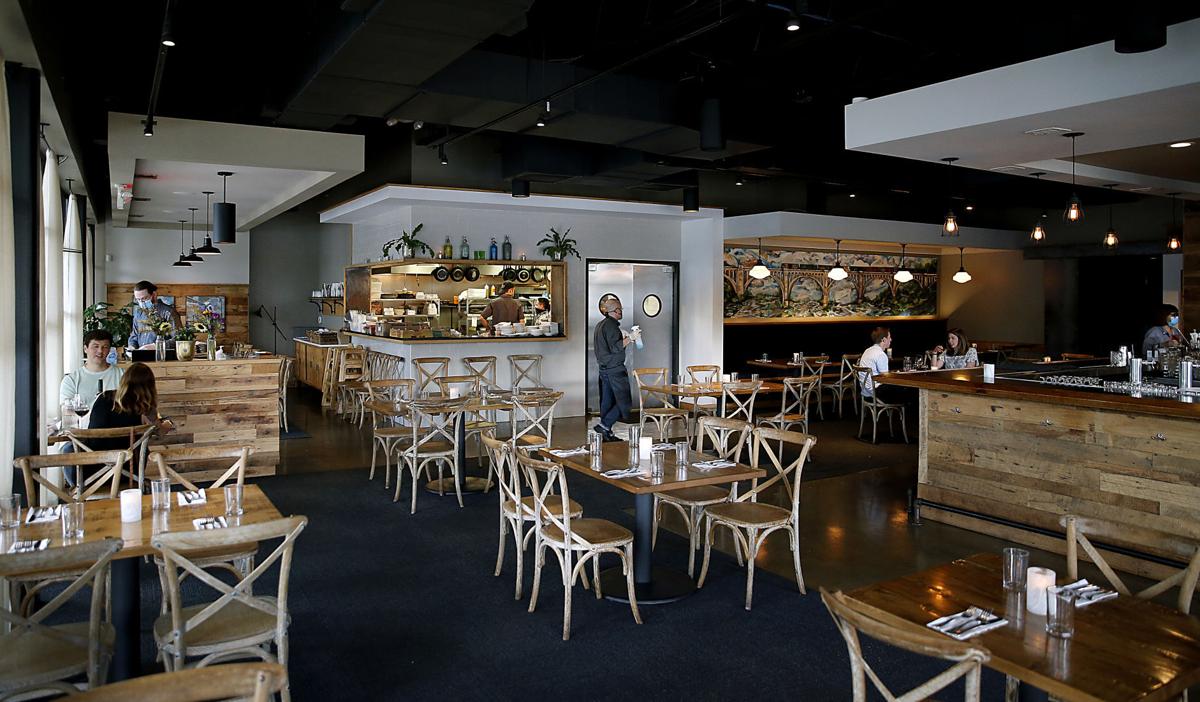 The owners of Southbound restaurant in Richmond launched takeout service as soon as dining rooms in Virginia were closed in response to the coronavirus. 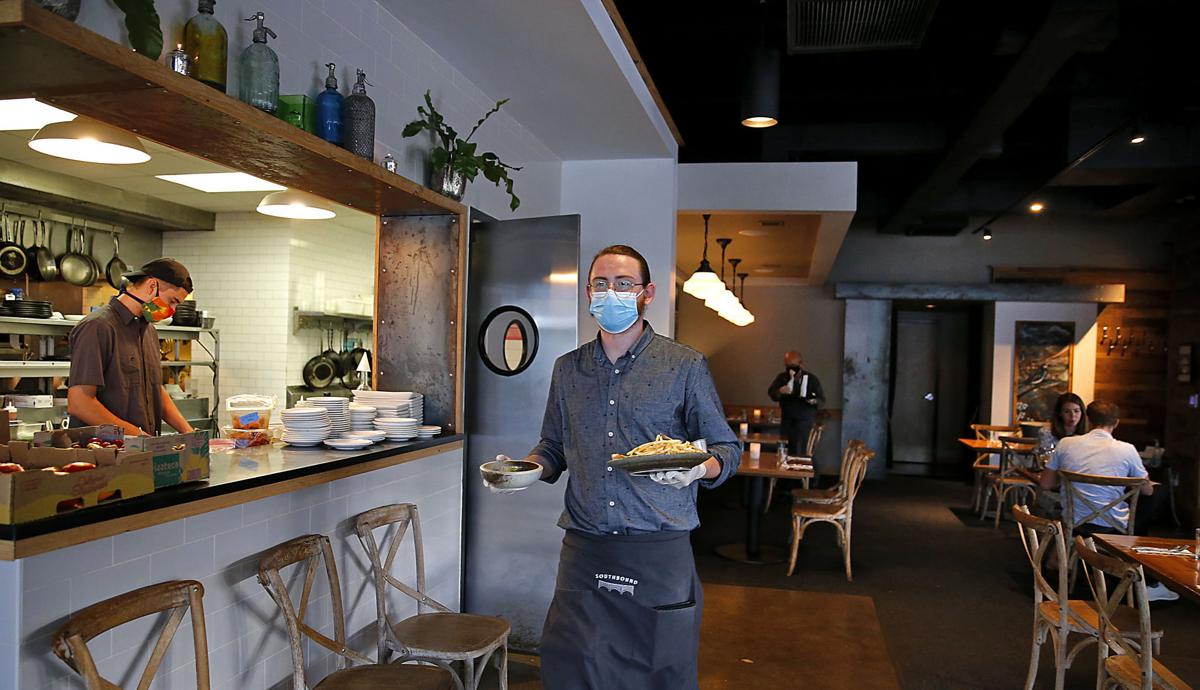 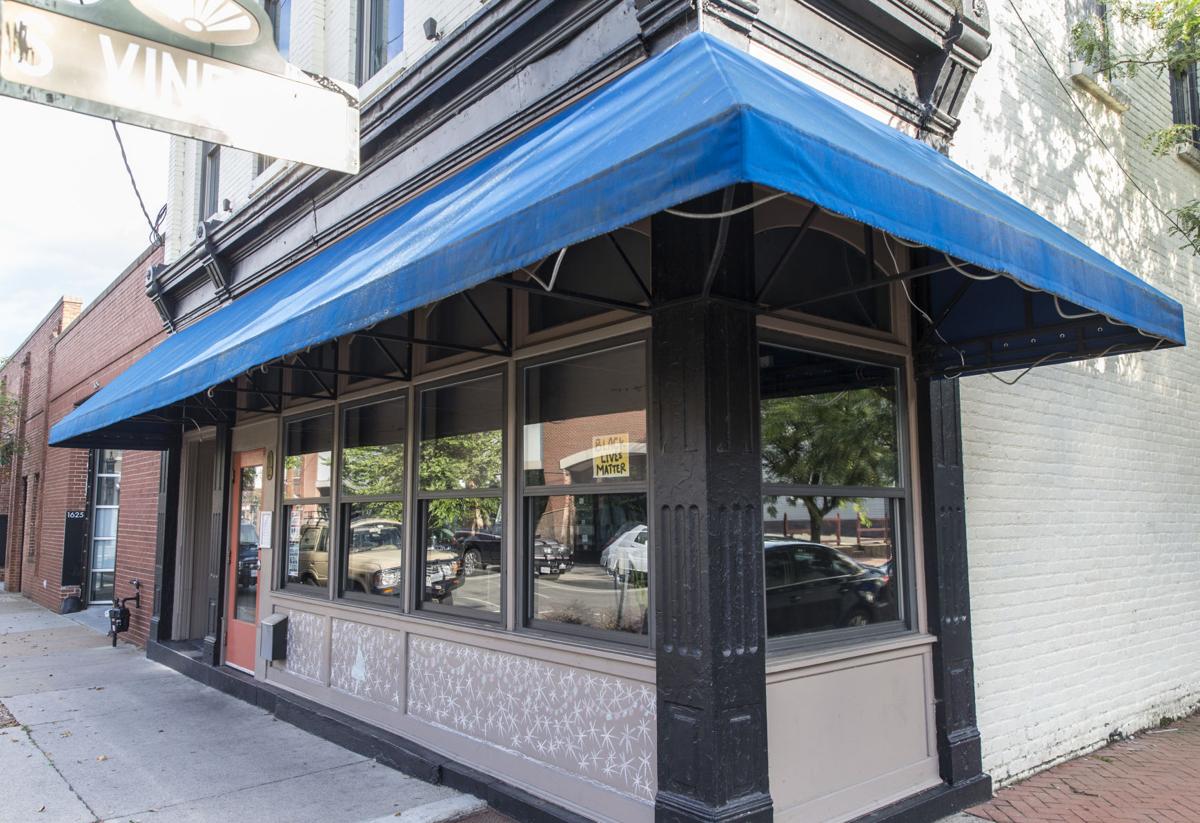 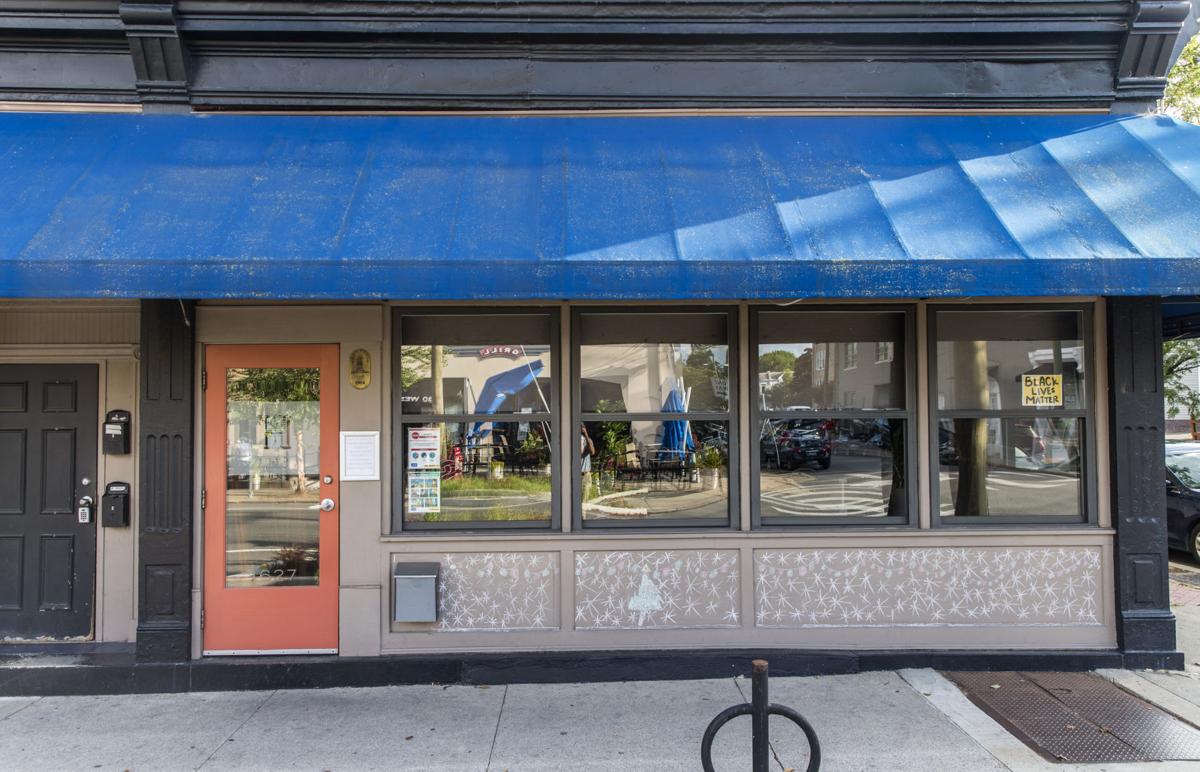 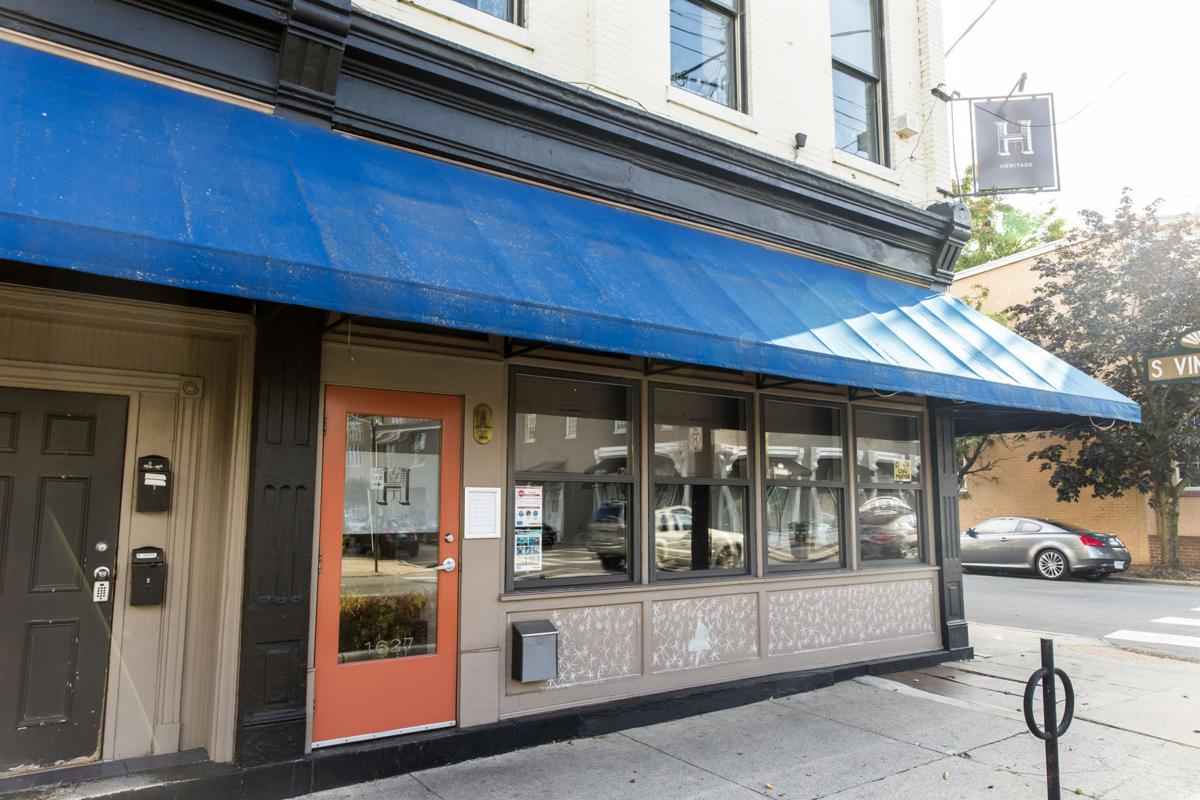 Ever since the first case of COVID-19 hit Richmond in March — and restaurants felt the immediate business implications that came with it — Joe and Emilia Sparatta have been waiting. This week they decided they were done waiting and pulled the plug: Heritage restaurant in the Fan District is “hitting pause” and will be temporarily closed for the foreseeable future, or basically for the rest of the pandemic.

“With our business being down almost 90%, it’s just not worth the risk to our staff and families to stay open,” Emilia Sparatta said. “How do you pay your employees what they’re worth like that? It’s just not possible.”

A Richmond Times-Dispatch report last year found that locally the restaurant market had grown at twice the pace of the population over a four-year period.

Nationally, before the pandemic, restaurants had employed 11 million workers — more than the number who work in construction or in factories that produce high-priced manufactured goods, according to The Associated Press. They generated more revenue than grocery stores. From 1990 through February this year, restaurant jobs grew more than twice as fast (91%) as overall jobs (40%).

“The restaurant industry’s role in the economy is outsized compared to its share of overall GDP [gross domestic product],” said Mark Zandi, chief economist at Moody’s Analytics. “As it is often among the first jobs for many workers, it is critical to the training of the American workforce. It is also a vital source of jobs and incomes for lesser-skilled and educated workers.’’

Restaurants had cut nearly 5.4 million jobs in March and April before restoring 1.4 million of them as states began to reopen in May, according to data from the National Restaurant Association. But the bounce-back is in jeopardy. Confirmed cases have surged across the South and West, forcing states to slow or reverse plans to reopen.

Now, as a pandemic ravages its way across the country and shows no signs of letting up, the restaurant industry has been devastated. According to data released last week from the online review site Yelp, 55% of temporary business closures during the pandemic are now permanent closures. And the restaurant industry has been the hardest hit, with 15,770 permanent closings nationwide as of July 10, according to Yelp.

“The restaurant industry now reflects the highest total business closures, recently surpassing retail. As of July 10, there have been 26,160 total restaurant closures, of which 60% have permanently closed (15,770 permanent closures) — accounting for a 23% increase since June 15,” Yelp wrote in its report.

The Sparattas are trying not to be among them.

If they continued being open for takeout and limited dine-in, Joe said, they’d be out of money by December. And then Heritage — their 8-year-old, award-winning, Italian-inspired restaurant — would be gone for good.

On paper, Heritage did everything right to try to weather the pandemic.

The Sparattas temporarily closed Heritage in mid-March when dining rooms across Virginia were ordered to close. Owning their building at 1627 W. Main St. allowed them the flexibility to close as they could negotiate payment changes directly with the bank. A rental tenant upstairs also helped position Heritage better financially than its sister restaurant, Southbound, the South Richmond restaurant Joe co-owns with fellow Richmond chef Lee Gregory, where rent was due and so takeout was launched there as soon as dining rooms closed.

Still, Joe told The Times-Dispatch in April, takeout at Southbound only brought in a fraction of the business — 20-30% of normal sales — which amounted to “treading water.”

“We’re not making money,” Joe said at the time.

The Sparattas reopened Heritage for takeout in May, with a special menu, which they updated and shared daily on social media, and invested in bottles and packing for craft cocktails to-go. The restaurant also added more inexpensive, travel-friendly menu items, like subs and hot dogs, and spent the money to upgrade their point of sale system to allow online ordering. When dining rooms were allowed to reopen, they opened safely and with reservations to ensure diners had enough time to eat and feel comfortable and staff had enough time to meet all the cleaning protocols. But, the Sparattas found, when dining rooms opened across town, takeout business dropped dramatically.

Ultimately, none of their efforts were enough to make the numbers work to be open at all.

It wasn’t an easy decision, Emilia said, her voice cracking when she mentions the Heritage staff, especially since closing means they had to furlough all of them, some of whom they paid out of pocket after closing in March until their federal Paycheck Protection Program loan came through in late-April.

But now that money is gone, as is their personal savings.

Part of the challenge for Heritage during COVID-19 is all of the things that made it so successful pre-pandemic.

Heritage is a full-service, upscale restaurant known for its attentive service, spectacular bar program and intimate dining room. It’s also a Richmond restaurant in a hip part of town where space is at a premium. At Heritage, for eight years, a seat at the bar was one of the most coveted seats in town, and regulars would wait for a bar stool to open to cram in elbow-to-elbow with strangers who quickly became new friends.

In the dining room, tables were close enough together that a diner could practically reach over with their fork and steal a bite off a neighboring diner’s plate. Dishes were conceived and prepared to be eaten immediately, and plating the dish for presentation was as important as the local ingredients used to create it.

It’s a recipe repeated all over town at every beloved, upscale eatery in every neighborhood. And while the Richmond area has seen restaurant growth in every locality and type of restaurant in recent years, the concentration of full-service restaurants — especially upscale ones — is highest in the city. Of the 1,238 full-service restaurants in Richmond and Chesterfield and Henrico counties as of June 2019, nearly half — 533 — are in the city. And these are the restaurants most vulnerable and affected by the business and everyday lifestyle changes brought by COVID-19.

Those intimate dining rooms are now too small to accommodate enough socially distanced tables to bring in enough revenue to keep the doors open. Bars — the use of them as seating, crucial to a restaurant’s bottom line — are closed and seem likely to remain so for the rest of the pandemic. Small sidewalks, lack of parking lots and in some cases city zoning, means no opportunity to add patio dining. Telework means there are fewer workers in the city — people who may or may not stop in for dinner or to pick up dinner on their way home.

And then there were all those fears they were waiting on — possible staff COVID-19 cases and mask confrontations.

“There are so many factors,” Emilia said. “We look at the numbers at the end of the day, and we can’t pay ourselves or our staff. We’re doing this to ensure we can come back.”

Other restaurants have scaled back operations as well. Alewife in Church Hill announced this week it is closing its dining room and going back to takeout-only. Other restaurants, such as Mama J’s, Perch and 8½’s Fan District location, closed briefly following employee cases of COVID-19, according to their social media posts. Others, such as Brio, O’Charley’s, Pink Flamingo and Metro Diner have permanently closed since the start of the pandemic. This week, Amici di Enzo in Goochland County announced that it, too, will be closing for good at the end of the month.

Joe said Heritage is able to close temporarily only because they own the building.

“If we had a lease and a landlord, we wouldn’t be able to do this,” Joe said.

Southbound remains open. Its location on the edge of Chesterfield in a shopping center means it has more space inside and out for a roomier dining room and patio.

At Heritage, Joe and Emilia stress that the closure is temporary. Heritage will be back — and the restaurant is planning to add catering and private event options in the future.

“I feel for everyone right now,” Joe said. “It’s terrible for everybody — restaurants, employees, every business sector. It’s not a good place to be in right now, running a small business in this country.”

Analysts say it’s unclear when Americans will feel comfortable enough to pile into diner booths or raise toasts at bars or how long state and local governments will require them to operate at reduced occupancy.

“They won’t be able to squeeze tables in like they used to,’’ said Barbara Denham, senior economist at the commercial real estate research firm Moody’s Analytics REIS. “A lot of those restaurants … can’t make a profit on a table setup that is half of what is used to be.’’

Information from The Associated Press was used in this report.

'Every day is a bad day': Richmond restaurant owners are doing everything they can to hang on. Some days are easier than others.

"I didn’t think the restaurant business would turn into 'The Hunger Games' trilogy": The Richmond Times-Dispatch spoke with more than a dozen restaurant owners in the Richmond area - all have a similar story to tell.

Heritage restaurant is closing temporarily, but its owners vow to reopen.

The owners of Southbound restaurant in Richmond launched takeout service as soon as dining rooms in Virginia were closed in response to the coronavirus.