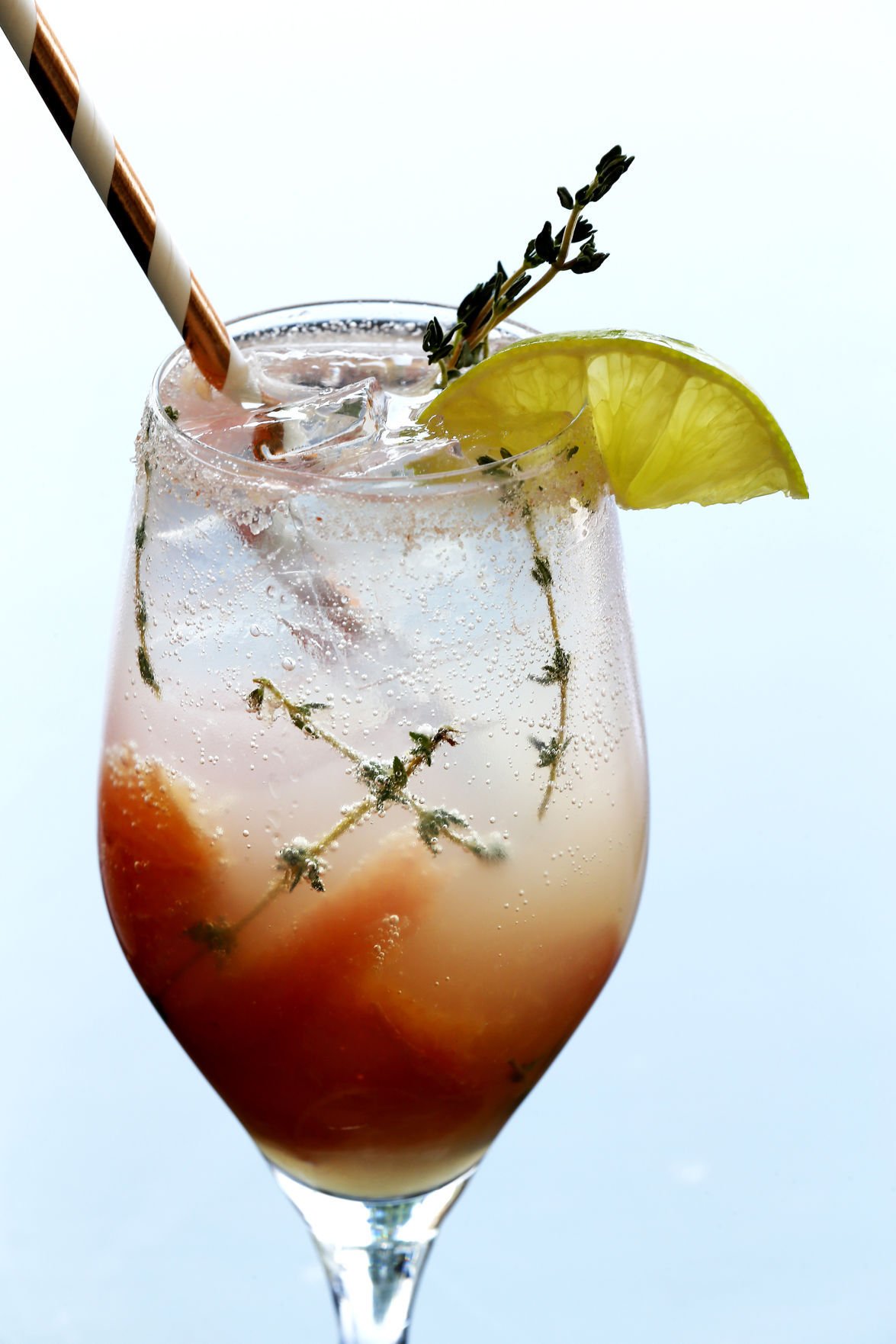 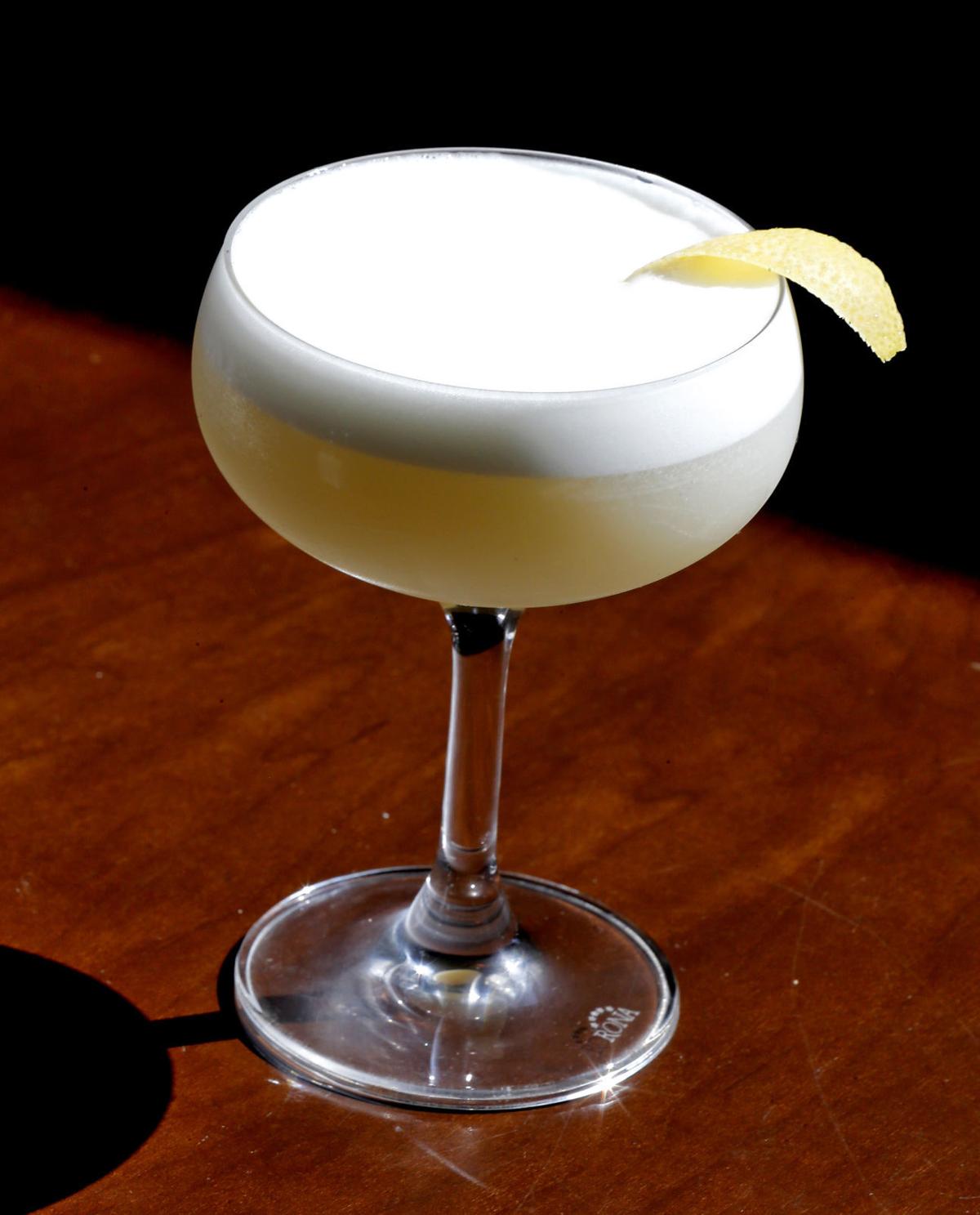 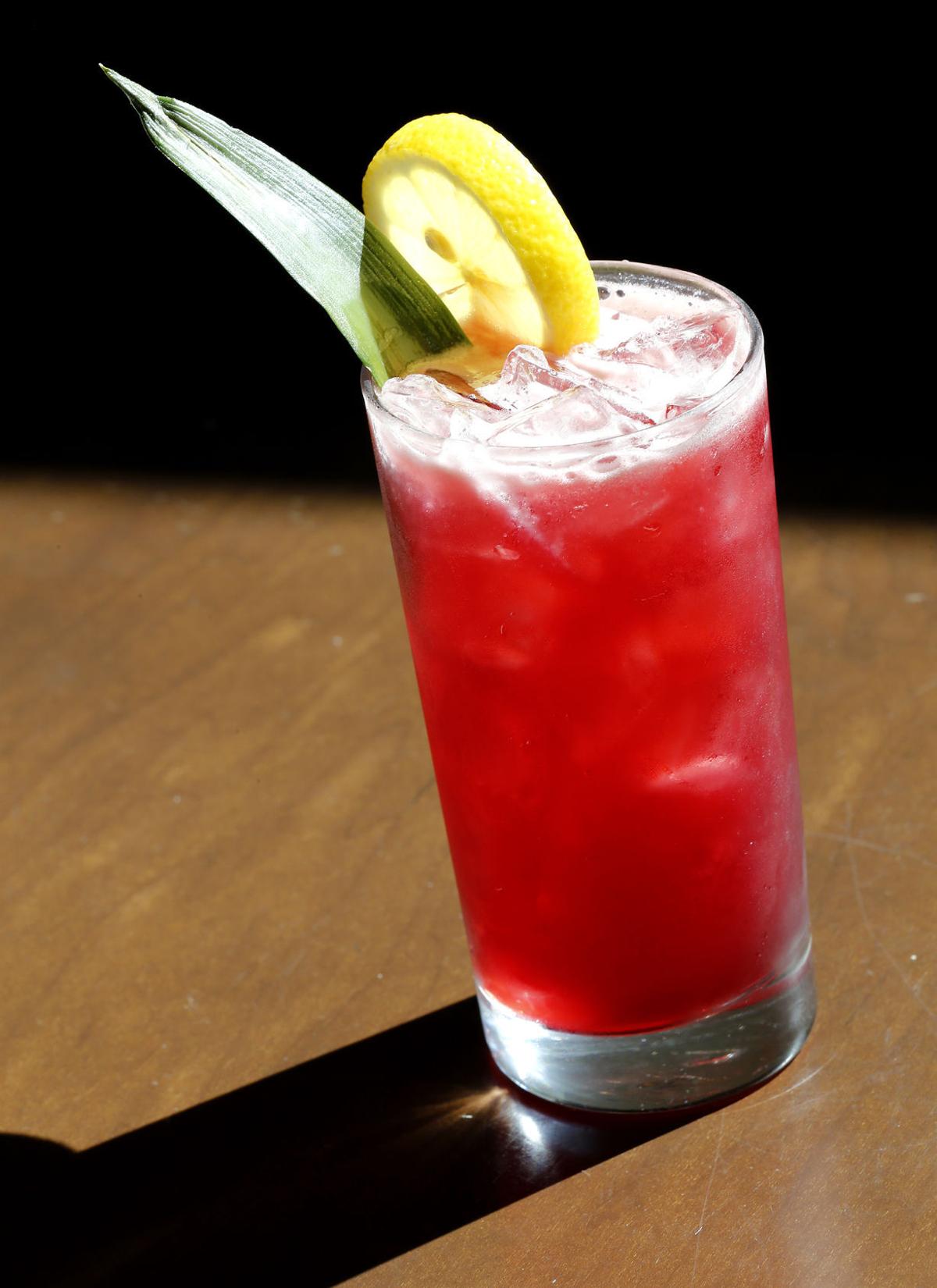 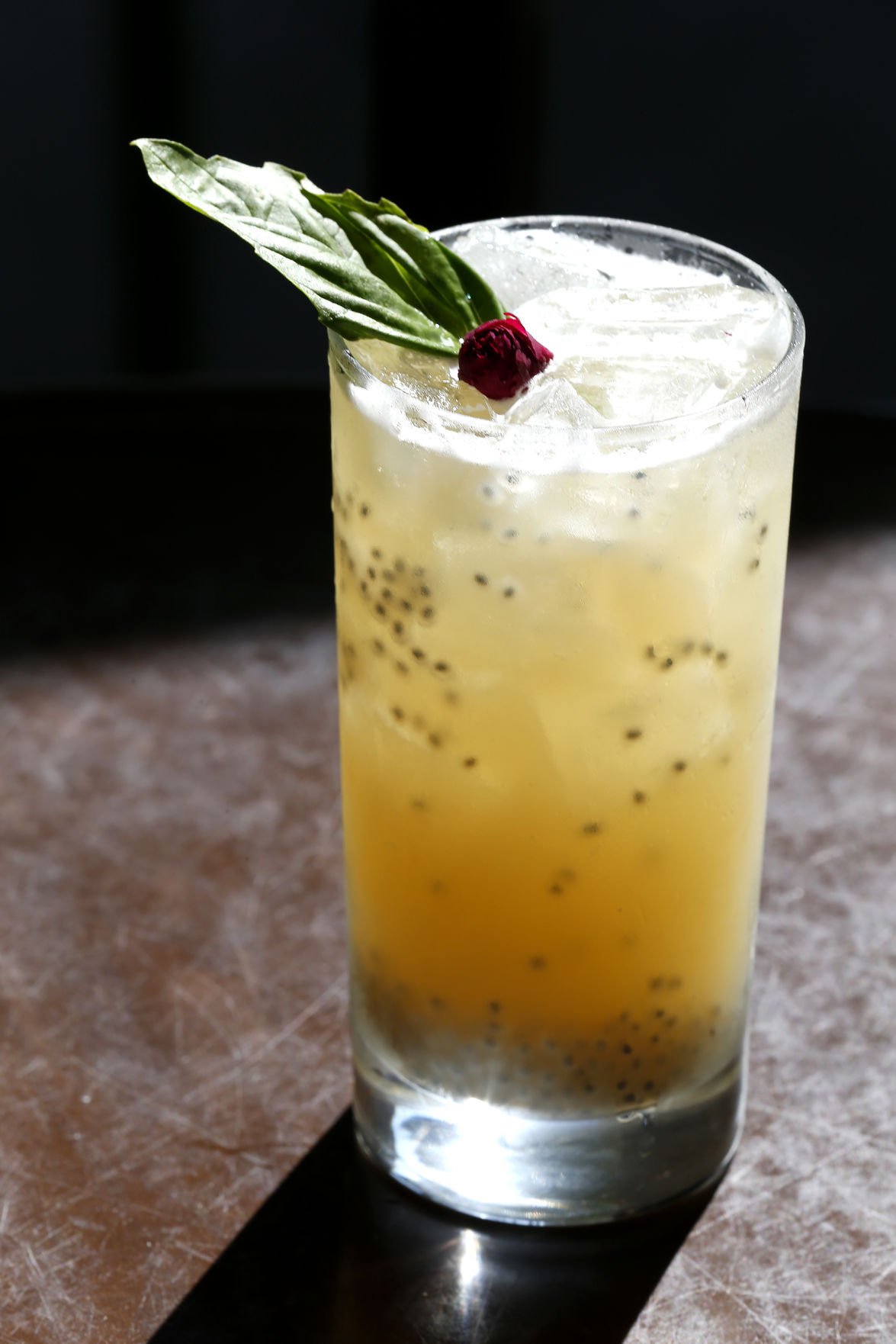 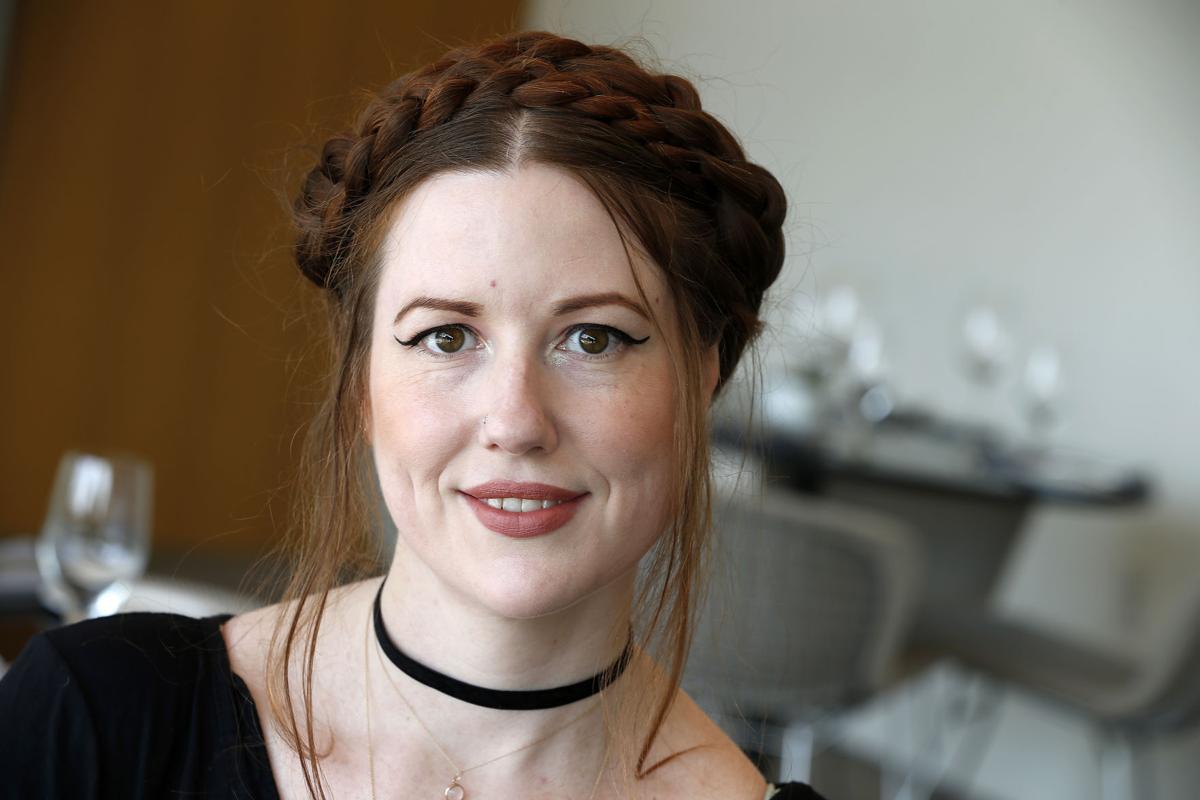 Molly McCurnin, head of Amuse’s bar, says the keys to a good cocktail are fresh herbs and fruit and homemade syrups. 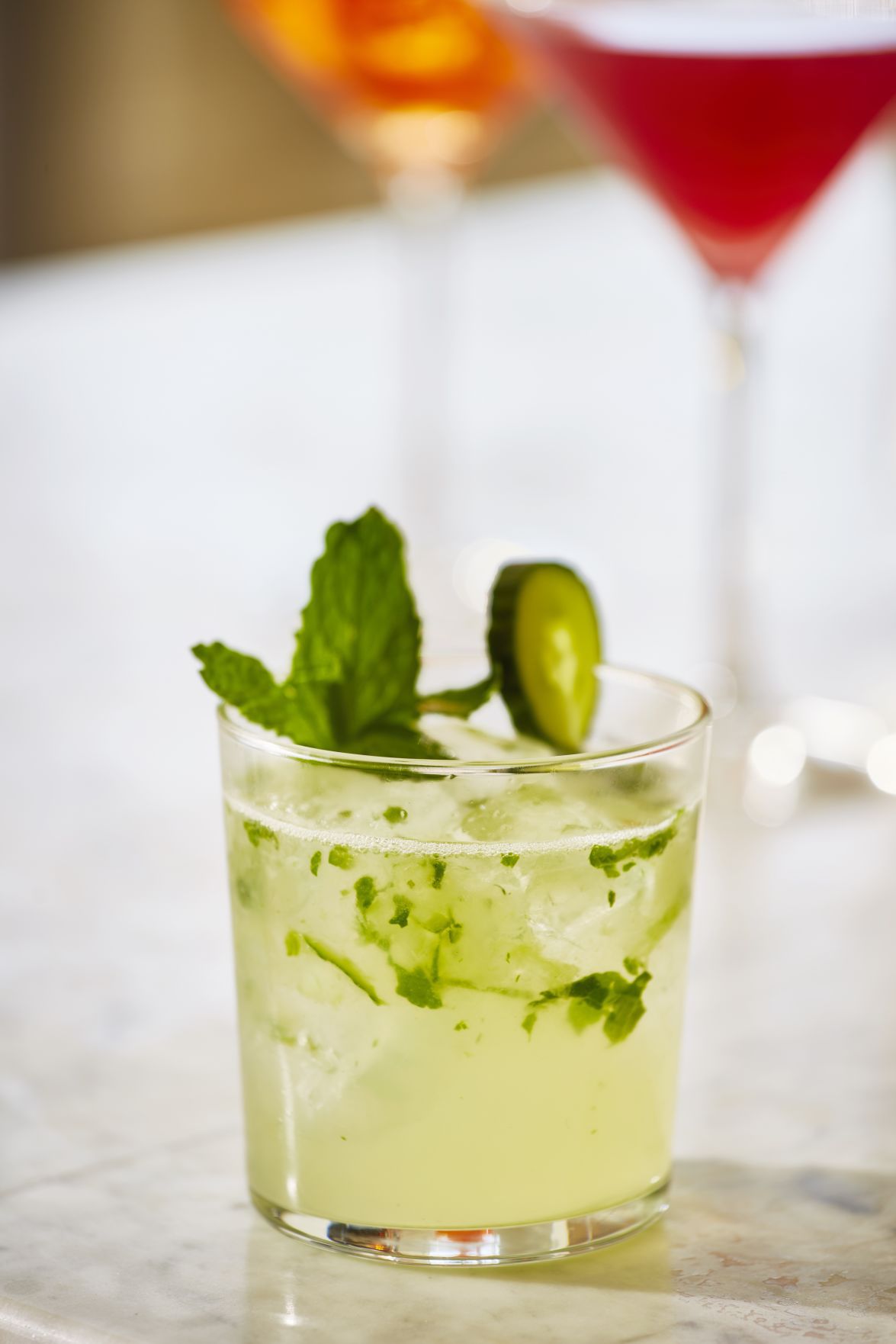 Handcrafted cocktails are all the rage.

But they can pack a wallop in the calorie and sugar departments.

I freely admit: I have a sweettooth when it comes to cocktails. I love mojitos, Palomas and even treated myself to a full-on Moscow Mule kick last summer.

But then I gained several unwelcome pounds and learned that I need to watch what I drink, just as I watch what I eat.

“Cocktails are an indulgence,” Molly McCurnin, head of the bar at Amuse, said. “We don’t make them to be low-calorie.”

Which is a sentiment I heard from many bartenders around town.

The “skinny cocktail” craze may not have hit Richmond bars yet (although I think it will, eventually), but here are three must-try cocktails, on the skinnier side, worth sampling around town.

Mixologists also shared several secrets to look for when ordering cocktails on the lighter side.

The Rich Hippie at Amuse

The Rich Hippie looks like its name: sophisticated, yet laid-back, with the palest of pink from fresh grapefruit at the bottom, layered with Espolòn Tequila, sparkling Perrier and a sprig of fresh thyme.

A splash of housemade simple syrup and lime top off the drink, easing the tartness of the grapefruit with just a hint of sugar.

“Because we focus on such high quality ingredients, our drinks tend to be on the lighter side,” McCurnin said. “We try to stay away from flavored (alcohol). We like to add the flavors ourselves.”

The key is using fresh herbs, fresh fruit and homemade syrups, McCurnin said. It’s also the best way to control the calorie count. Rather than drown out the Rich Hippie with tonic or soda, McCurnin keeps the drink light with sparkling Perrier.

It’s like a much lighter, brighter version of a Paloma, which can land on the sugary side when it’s made with Squirt or Jarritos, a Mexican-style soda.

The Rich Hippie was created in honor of the Yves Saint Laurent show at the Virginia Museum of Fine Arts. Catch it before it cycles off the menu this fall with the arrival of the Terracotta warriors.

Skinny tip: “Treat yourself to one really great drink,” McCurnin said. And stop there, she said. Or switch to a beer or wine afterwards.

The East End at Quirk Rooftop

The view from Quirk’s rooftop is pretty spectacular. And their cocktails are pretty impressive too.

Next time you’re up there, try The East End, a refreshing mix of gin, cucumber, lime and mint.

Morgan Slade, director of food and beverage for Quirk Hotel said, “We wanted to create something refreshing, but still had some acidity to go with our cuisine.”

The cocktail is named after the East End neighborhood of Richmond.

One of the key ingredients in the East End is Navy Hill, a brand new mixer that is produced in Richmond and was conceived on the Quirk Rooftop by group of friends Jenny Lucas, Katie Williams and Amanda Coulbourn.

“The three of us were drinking on the rooftop, where all good ideas are born,” Lucas said. “We considered our drink options — a vodka tonic is too sweet, but a vodka soda isn’t enough. We asked the bartender to combine the two mixers and she immediately recognized what we wanted as a vodka ‘sonic.’”

“We spent the rest of the night talking about how there is nothing on the market like this,” Williams added.

At just 35 calories, Navy Hill mixers are a blend of soda and tonic coupled with a healthy boost of electrolytes that recently hit shelves just three months ago. Navy Hill mixers come in three flavors — original, juniper and ginger — and can be found at Ellwood Thompson’s and a host of other local providers.

“Everyone is watching their sugar intake and calorie intake,” Coulbourn said. “We wanted to create something that tastes good and satisfies you.”

Skinny tip: Stop by Ellwood Thompson’s to pick from a whole wall of low-calorie mixer options to whip up your own signature skinny cocktail.

The Daily Gin Fizz at The Daily Kitchen & Bar

A cocktail that’s good for you? I’ll take one…or two.

The Daily takes skinny cocktails one step further and introduced a new cocktail menu developed with ingredients that are good for you, like rosewater, basil seeds and aqua faba.

“I wanted to go with a floral, aromatic feel and incorporate all of these healthy trends that I’ve been seeing,” Ciara Hockman, the bar manager, said.

Try the Daily Gin Fizz, which uses aqua faba, or chickpea water, instead of egg whites.

“Aqua faba is a huge vegan trend right now and very good for you,” Hockman said. Aqua faba is naturally low in calories and is gluten free. It’s being used in vegan recipes for everything from meringue to mayonnaise.

In the Daily Gin Fizz, the aqua faba tops the drink like a healthy version of whipped egg whites.

The drink is very frothy, tart and fun. It definitely does not taste good for you.

Other note-worthy cocktails on the menu include “You Had Me at Aloe,” which uses hibiscus-infused Lunazul Blanco Tequila, passion fruit and aloe juice, known for its alkalinity, which helps with digestion. Plus the “Rosey Palmer,” which combines Flor de Caña rum with rose water and basil seeds.

Basil seeds, according to Hockman, carry antioxidants and beneficial digestive enzymes, and have been used in some cultures as a cure for cough and flu.

“Our cocktails should mirror our food,” Hockman said. “With healthy ingredients.”

Skinny tip: If you’re looking for drinks on the lighter side, order drinks that offer more volume and less calories such as “spritzs” and “coolers.”

I'd be remiss if I didn't mention the national trend of Skinnygirl Cocktails from former "Real Housewives of New York City" Bethenny Frankel.

Her Skinnygirl margaritas and cosmopolitan concoctions are flying off the shelves at the ABC store. I’ve tried them and I won’t knock them.

At 36 calories per ounce, the margarita adds up to roughly 180 for a full five ounce serving. But they do have a slightly medicinal taste.

Nothing compares to a fresh, hand-crafted cocktail from a skilled bartender. But a bottle of Skinnygirl is handy to have on hand if you're watching your waistline.

The "skinny" cocktail trend is on the rise. Check out these delicious 100-calorie handcrafted Richmond cocktails at Quirk Hotel, Amuse and The…

Molly McCurnin, head of Amuse’s bar, says the keys to a good cocktail are fresh herbs and fruit and homemade syrups.