Twenty years ago, Leslie Leon Burchart was first identified as a suspect in the 'Golden Years' murders, where four women were strangled in their West End homes. Burchart eventually would be sentenced to four life terms plus 105 years for seven beating and strangling deaths that happened in 1996. He died in prison in 2002. This article originally ran in the Richmond Times-Dispatch on January 30, 2000.

A formerly homeless schizophrenic man in prison for three murders has been identified as a prime suspect in four of the so-called "Golden Years" homicides of early 1996.

Leslie Leon Burchart is believed to have killed Jane Foster, 55; Elizabeth Seibert, 69; Mamie Verlander, 84; and Lucille Boyd, 75, according to city police officials and a prosecutor. The four women were strangled in their West End homes within four months of each other.

Burchart, 49 or 50, has confessed to the slayings and has given investigators information about the crimes only the killer would know, police sources said yesterday.

Claire Cardwell, deputy commonwealth's attorney in Richmond, said she will seek at least one indictment against Burchart when a grand jury convenes Feb. 7.

"What we're determining is which cases we're seeking indictments on right now," Cardwell said yesterday. "He is in fact incarcerated for a lengthy time with no parole, so we're not concerned with public-safety issues while we seek these indictments."

Burchart, a thin-built 6-footer with a flowing beard, is serving a 105-year sentence for the June 1996 slayings of three men and the malicious wounding of a fourth.

Cardwell's office and investigators have been in close contact with the families of the Golden Years victims to craft a plan of prosecution that would be the least stressful for them, she said.

Burchart hears voices and likes them so much he won't take his schizophrenia medication, according to court testimony heard during his 1997 sentencing hearing for the murders of the three men.

A court-appointed attorney initially representing him in those homicides was excused from the case when Burchart suddenly and without provocation poked her in the eyes, said an official source familiar with the incident.

If Burchart is convicted in these Golden Years cases, that would mean he killed seven people in six months.

He also was convicted of a June 1996 beating so severe the victim was in a coma for three weeks.

The FBI classifies a serial killer as someone who has killed three or more people.

Investigators are looking at the remaining unsolved Golden Years cases. But at this point, Burchart is not linked to any of those. "Golden Years" was a label given to the cases involving the violent deaths of 14 older women in Richmond between 1990 and 1996.

"I can't say there are other cases being considered for indictment," Cardwell said. But, she added, "with a person like him, you never know.

"He has significant psychological and psychiatric issues, no question about that," Cardwell said.

Lt. Dave Martin, head of Richmond police's homicide squad, said it's hard to come up with a clear-cut motive because of Burchart's mental state. Items were taken during some of the slayings, and one of the women had been partly disrobed.

When Burchart was visited in the Richmond City Jail by a Times-Dispatch reporter in 1998 for an article about mentally ill offenders, he had plastic-foam cups taped over both of his ears. He smiled and waved, seemingly oblivious to his circumstances.

Burchart was evaluated several times during his 1996-to-1998 court proceedings and was found to be competent to stand trial and legally responsible for his actions, records show. A defense attorney in those cases said Burchart improves dramatically when on medication.

Burchart can be "very intelligent, very articulate - when he's on," Cardwell said.

Deputy Chief Teresa Gooch said police had interviewed Burchart early in the Golden Years investigation because he was seen in the area.

Burchart had frequently walked through the near West End area, she and Cardwell said. Records show he had once lived in that part of town, in the 3100 block of Hanover Avenue.

"We looked at all the reported incidents in that geographical area and that brought his name to our attention," Gooch said.

Richmond Detectives Louis B. Quick and Thomas P. Leonard, members of the city's "cold-case" squad, began focusing on Burchart as a suspect in the Golden Years killings after he was arrested July 1, 1996, in the three men's deaths. He was picked up on a trespassing charge and confessed to killing the men.

As the case evolved, "every day it looked better and better," Martin said.

George Biggs, the uncle of victim Jane Foster, said police contacted him Friday with the news.

"It was a relief," he said. "There was a lot of concern about this guy. We wondered if he was going to get away with it."

Chuck Hillsman, a nephew of Mamie Verlander, also got a call from police. "All I could say was, 'Great!' I'm just relieved. ... We can hope for closure."

Foster was found strangled to death in her bedroom on April 23, 1996. A slow learner, she didn't know how to read or write and had never passed the second grade. She lived in a house at 4904 Monument Avenue.

Foster worked the evening shift cleaning tables at the food court at The Shops at Willow Lawn. When she didn't show up for work, a security guard at the shopping center became concerned and alerted police.

Verlander was found slain on her birthday, March 28, 1996. Nieces and nephews had just arrived to celebrate.

"She didn't have any children," Hillsman said. "All her nieces and nephews were her children. She was an extraordinary woman."

He recalled her having worked at The Library of Virginia, where she helped Douglas S. Freeman gather information for some of his books.

A Cadillac found outside Verlander's home was reported stolen from the home in which Foster lived. Foster was a boarder in the house, and the car was stolen from another woman who lived at the residence.

Elizabeth Seibert was found dead in her bathtub on April 22, 1996, the day before Foster was killed. Seibert, a widow, lived alone in her third-floor apartment at 408 N. Nansemond Street.

She was to have left on a trip with her church group the morning after her death. When she wasn't waiting, a member of the group went to check and found her door locked. The church member found a maintenance worker, who unlocked the apartment door. They found her body and called police.

Lucille Boyd was killed Jan. 1, 1996. When police arrived at her house in the 2800 block of West Grace Street, they found her back door had been kicked in. After searching the house, they found Boyd's body face down in an upstairs bathtub.

Boyd had lived alone at the residence for more than 30 years. She worked as a clerk for Federal Mogul Corp. and later as a secretary for Air-Conditioning Supply Inc. of Richmond.

The lives of the victims overlapped in several ways. Verlander and Foster were both members of a senior social group at Monument Heights Baptist Church. In addition, Seibert was a volunteer at St. Mary's Hospital, and Foster had applied for a job there about a month before she died. Both Verlander and Boyd had been treated at St. Mary's within a year before their deaths.

Burchart also was convicted of malicious wounding in the beating of Jimmy Hartless, 48, of Glen Allen.

Cardwell and Richmond police officials said yesterday that they were pleased to have a break in the Golden Years murders after four years.

Richmond police Chief Jerry Oliver said cases such as these take a lot of hard work over a long period of time. "The key is we never give up on these cases."

Many detectives and forensic specialists, some of whom are now retired, contributed to 4-year-old case, Martin said.

"Our detectives have done an outstanding job on this case," Richmond City Manager Calvin D. Jamison said last night. "And they continue to work on old cases to get our clearance rate up. Obviously, there are a lot of old cases out there we've been working on for some time."

This article originally ran in the Richmond Times-Dispatch on August 16, 2002. 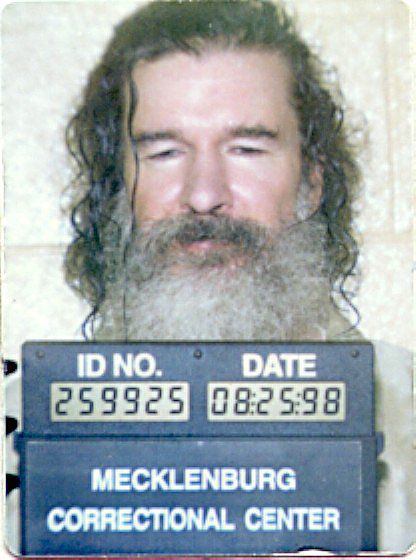 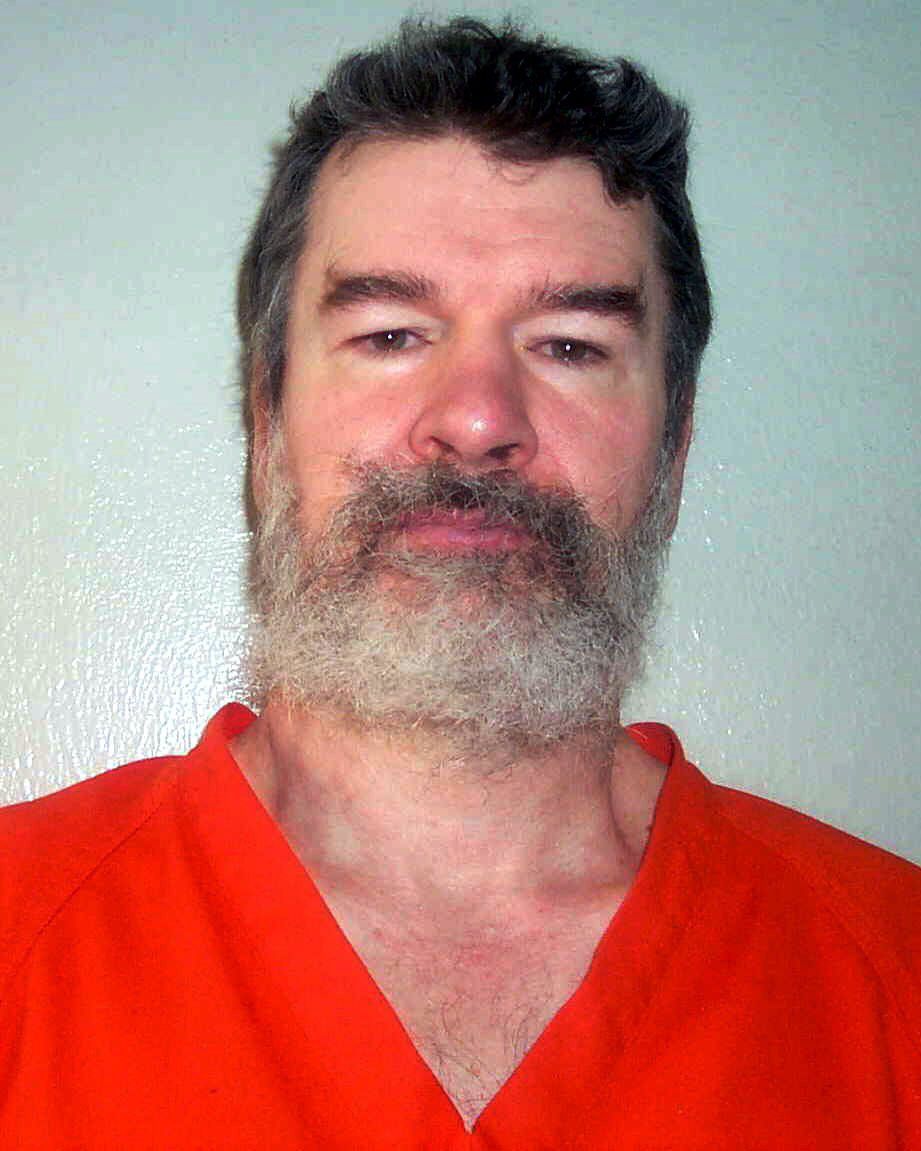 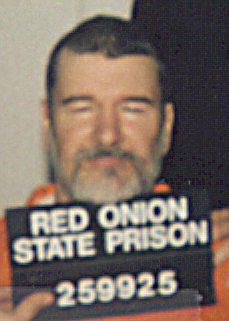