Acura has brought the enthusiast-favorite Integra nameplate back to the market after a two-decade hiatus. It now takes the form of a hatchback sedan rather than the hatchback coupe most people might remember. It offers roomy seating, standard turbocharged power and many helpful driver-assistance features.

The 2023 Mazda 3 hatchback with its optional turbocharged engine brings up similar fuzzy memories of the late 2000s Mazdaspeed 3, albeit with a more refined demeanor. Both cars promise driving fun at a somewhat reasonable price. Which one does it better? Edmunds compared them to find out.

The Integra's interior might give you deja vu if you're familiar with the latest Honda Civic. There's a clear familial resemblance to the Honda Civic Si, which it shares a number of its parts with. The honeycomb vents are similar, as is the protruding screen rising above the dash. That's not necessarily a bad thing, since the Civic is one of the best in its class. The Integra is packed with standard features such as interior ambient lighting, Apple CarPlay and Android Auto, adaptive cruise control, a blind-spot warning system and more. Opting for the A-Spec trim adds more features and gives you the option for a manual transmission.

On the inside, there isn't much to distinguish the Mazda 3 Turbo from a basic Mazda 3. Still, the materials look and feel upscale, and the design is a masterclass in simplicity and intuitiveness. The controls are easy to use and find, helping you keep your eyes on the road. Technology features are similarly abundant, too. As a hatchback, however, the Mazda 3 Turbo goes for style more than versatility. It trails the Integra in cargo space, and second-row passengers may feel a bit cramped in the Mazda.

The Integra shares not only its look with its fun-loving cousin, the Honda Civic Si, but also its turbocharged 1.5-liter four-cylinder engine. It produces 200 horsepower and 192 pound-feet of torque. Front-wheel drive is standard. In Edmunds' testing, the 2023 Integra with the available manual transmission accelerated from 0 to 60 mph in an unremarkable 7.8 seconds. The Integra feels sharp around turns, but you'll want to opt for summer-rated tires to make the most of its available grip.

The Mazda is noticeably snappier in a straight line. It did the same sprint in 6.1 seconds, leaving the Acura in the dust. The turbocharged 2.5-liter engine puts out 227 horsepower and 310 pound-feet, or 250 horsepower and 320 pound-feet if you use premium 93 octane gas. Mazda also fits it with all-wheel drive, which is a nice bonus during wintry conditions. The Mazda 3's handling isn't quite as satisfying as the Integra's, but otherwise, it's an easy win here.

In Edmunds' real-world testing, the manual-transmission Integra returned 30.2 mpg, which is slightly higher than the EPA-estimated 30 mpg combined. When the Integra is equipped with the continuously variable transmission, or CVT, the combined EPA rating pops up to 33 mpg.

Fuel economy isn't the Mazda 3 Turbo's strong suit, as it has an EPA-estimated 26 mpg in mixed driving. Edmunds hasn't tested the fuel economy on this engine, but owners are reporting a slightly better average of 27.5 mpg.

Starting at $31,895 with destination, even base Integras are flush with features such as imitation leather upholstery, a power-adjustable driver's seat and heated front seats. However, if you want the more engaging manual transmission, it is only available on the top trim, which costs $36,895. And perhaps the Integra's biggest value issue is that, if you're willing to trade off a bit of cargo space, the Honda Civic Si gets you 80% of that experience for about $7,000 less.

The Mazda 3 Turbo has a higher starting price of $33,515. But you're getting a few more features than what the base Integra has, including all-wheel drive and a premium sound system. The Mazda 3 Turbo is only available with a six-speed automatic transmission, which our editors prefer to the Integra's CVT. It tops out at $36,960, but that includes a 360-degree camera and a few cosmetic exterior items to make it stand out from other Mazda 3s. You get more for your money in the Mazda 3 Turbo, which ultimately gives it the win.

It was a close race between both vehicles, and while the Integra is fun to drive, it doesn't quite distinguish itself over vehicles in this price range. The Mazda 3 Turbo, on the other hand, punches above its weight and wins out with its pleasing performance and value.

Rust in peace: Vehicles that are dying in 2023

The old version of the Grand Cherokee stuck around as a lower cost alternative to its newer sibling. But the new one is so good, who wants the old one?

This one always looked kind of odd for a Ram, and that's because it's really Fiat Doblo cargo van. Yet its sales seemed solid, so its demise may mean something better is about to arrive.

Human drivers don't do a good job of navigating dense traffic, researchers say, but an experiment using AI means help could be on the way.

Car insurance is required to drive legally in nearly all states, so it’s helpful to know what you can expect to pay for coverage. Forbes Advisor found the average cost of car insurance is $1,601 for full coverage and $513 for state minimum coverage. We analyzed rates from the best car insurance companies to get […]

Tesla Model Y vs. Genesis GV60: Find out which EV is the better buy

Tesla's Model Y SUV, the best-selling electric vehicle in the U.S., faces a new rival in the Genesis GV60. Here's a look at which is the better buy.

Sometimes a subscription detox can be great for your health

Why you feel tired after eating a big holiday meal

Why you feel tired after eating a big holiday meal

Survey: Vegetarianism is on the rise in the U.S.

Survey: Vegetarianism is on the rise in the U.S. 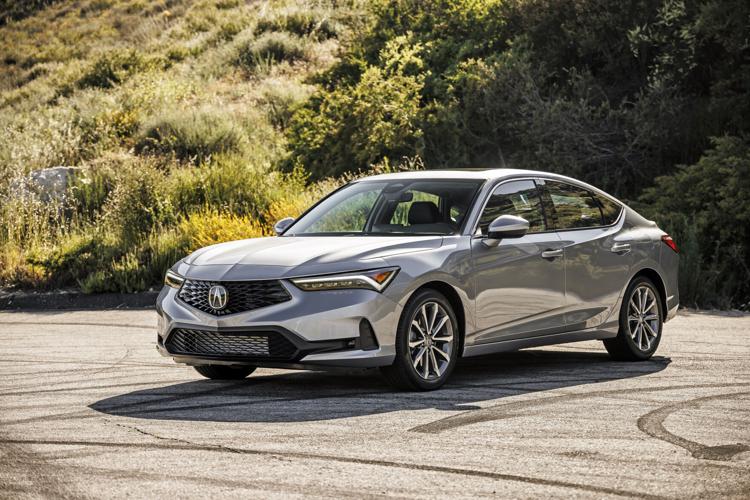 The 2023 Acura Integra is a compact sedan that revives a nameplate last seen in the early 2000s. 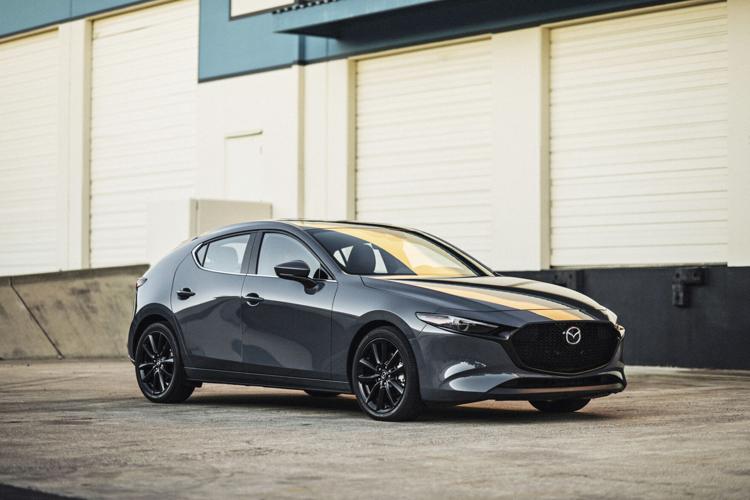 The 2023 Mazda 3 is a compact hatchback that can be had with all-wheel drive and a powerful turbo engine.