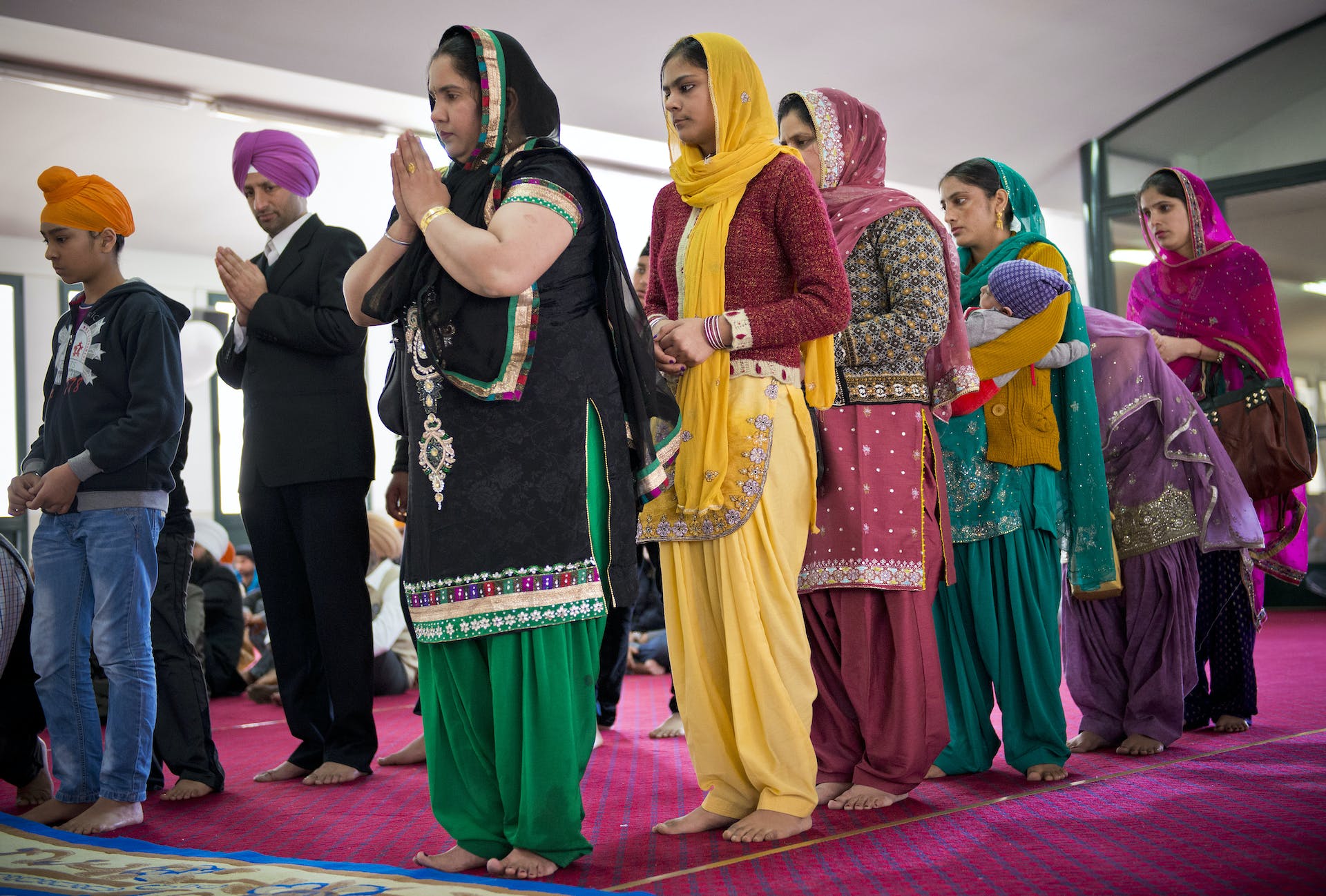 Sikh men and women during a prayer service during the Baisakhi festival. Giovanni Mereghetti/Education Images/Universal Images Group via Getty Images

Sikhs all over the world celebrate the festival of Baisakhi, a holiday with a special religious significance, observed each year on April 13 or 14. In 2022, Baisakhi falls on April 14.

As a sociologist of religion studying Sikhs in the West and as someone who was raised Sikh, I know that Baisakhi is one of Sikhism’s most widely celebrated holidays. I remember attending celebratory Baisakhi processions in Amritsar in northern India where large crowds gathered, many wearing traditional Sikh clothing, and danced and practiced Sikh martial arts.

Originally a spring harvest festival celebrated in the northern Indian state of Punjab, the festival gained religious significance for Sikhs when Guru Gobind Singh – the 10th and final living guru for Sikhs – created the Khalsa in 1699.

What is the Khalsa?

Sikhs see the creation of the Khalsa, which is commonly translated as “pure,” as creating a distinctive Sikh identity.

Guru Gobind Singh established the Khalsa with the intention that Sikhs who joined the order be set apart from those around them. Sikhs initiated as members of the Khalsa are known as “amritdhari” Sikhs. Sikhs who have not been “initiated” are known as “sahejdhari” Sikhs. The precise size of each group is not known, but amritdhari Sikhs are a significant minority.

Sikhs are initiated into this order through the “amrit pahul.” It is a rite that involves drinking a nectar called amrit, prepared using a mixture of sugar and water that has been stirred with a double-edged sword. The initiates read from the Guru Granth Sahib, the Sikh scripture that is seen as the embodiment of the guru, recite a formal prayer, and agree to adhere to guidelines for behavior and practice.

All those initiated wear symbols with religious significance, known as the five K’s: kesh (uncut hair), kanga (wooden comb), kachera (cotton undershorts), kirpan (a steel blade), and kara (a steel bracelet). Each has its own symbolic meaning. The kirpan, for example, symbolizes one’s commitment to protect the defenseless and defend their faith. The five K’s also set the Khalsa apart from all others, serving as an outward expression of commitment to the Sikh faith.

Amritdhari Sikhs are all expected to wear the five K’s. Although sahejdhari Sikhs may wear some or all of the five K’s, most Sikhs today do not expect them to do so. 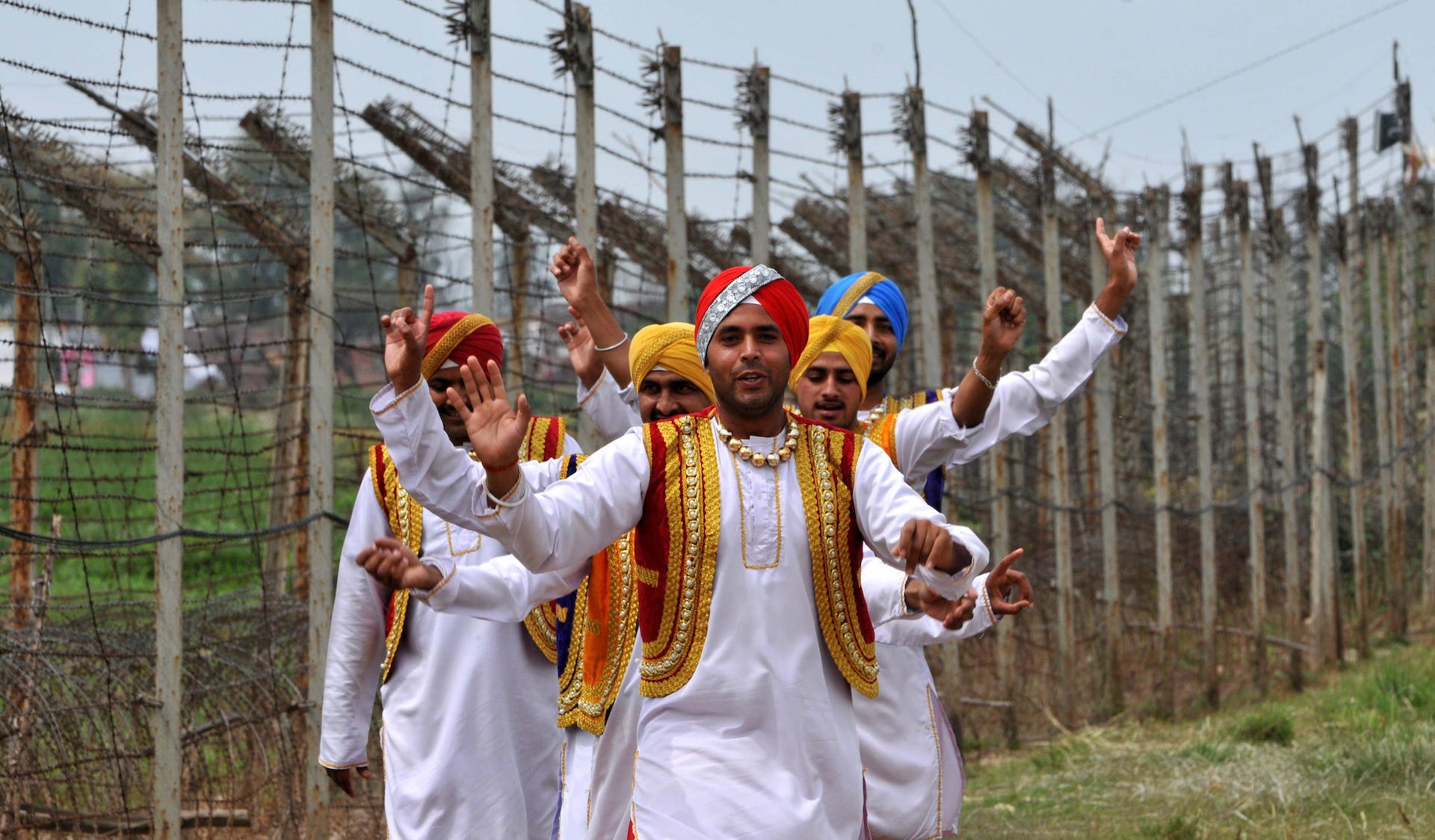 Sikh men performing the bhangra dance on the occasion of the Baisakhi festival. Photo by Nitin Kanotra/Hindustan Times via Getty Images

Although scholars debate when exactly a separate Sikh identity was formed, for many Sikhs today Baisakhi is seen as formative turning point in the Sikh faith.

Sikhs mark the occasion by going to Gurdwara, a Sikh place of worship, for a service, followed by a procession. There is singing, bhangra dancing and Sikh martial arts called gatka. In addition, for Sikhs in the diaspora, such public celebrations are also an opportunity to help the non-Sikh public better understand Sikh beliefs and practice.

Sikhs see Sikhism as a tradition that has been fundamentally concerned with equality from its outset. They believe in equality among men and women and reject caste distinctions.

Sikhs have been living in the U.S. since the late 1800s. Today, the Sikh population in the U.S. is estimated at around 500,000. However, they are a group that most Americans know little about. Sikhs in the U.S. are often subject to Islamophobia and have been targets of violent attacks, in large part because they are commonly mistaken for Muslims.

A resolution was introduced in the U.S. House of Representatives on March 28, 2022, that, if passed, would make April 14 National Sikh Day.

Establishing a National Sikh Day would have a symbolic meaning for Sikhs who have faced discrimination in the U.S, and it would acknowledge their contributions to American society.

3 media outlets, 1 religion newsletter. Get stories from The Conversation, AP and RNS.

Simranjit Khalsa does not work for, consult, own shares in or receive funding from any company or organisation that would benefit from this article, and has disclosed no relevant affiliations beyond their academic appointment.

Photos: A look at past Baisakhi celebrations around the world