The Philly cat was the victim of a brutal attack a month ago. Captured on video, it was shocking even by this tough town's standards. The odds of him making it weren't good.

Flash forward: Buddy was watching the 76ers trounce the Raptors in the NBA playoffs on a cozy couch with a new kitty friend and two human fosters who adore him. He had toys galore, all the catnip he wanted, and a social media following hanging on his every meow.

And thanks to this little black cat who almost lost his life, other injured animals will have a better chance to live theirs.

It started on a porch in East Frankford. Buddy was what animal welfare folk call a community cat. People would put out food and water for him, but he was a rambling man. He seemed to prefer the outdoor life.

But on that day, two boys with two dogs walked by. They can be seen on a home-security video returning shortly afterward and letting the dogs loose on Buddy, who was on the porch. A man eventually came out of the house and rescued the cat.

Two boys, age 12 and 17, were arrested a few days later as juveniles on animal cruelty charges, which are still pending. The dogs, which belong to a family member of one of the boys, remain in Pennsylvania SPCA (PSPCA) custody.

Badly mauled, Buddy was brought to the PSPCA for treatment but transferred to the Blue Pearl emergency veterinary facility for more intensive care. He was unresponsive, in shock, bleeding internally. His heart rate was almost twice what it should have been. His caretakers thought he might die.

But no one was giving up. That included Buddy.

The PSPCA was flooded with inquiries about Buddy. Then came the donations — toys, cat treats, and money to help. People were pulling for the little black cat — not just from the Philadelphia area or even the United States, but as far away as Europe, Asia and Australia.

And sure enough, Buddy started to pull through.

"This is the biggest outpouring of support we have had for a single animal in the last decade," PSPCA spokeswoman Gillian Kocher. "This is nothing that comes close to it."

Buddy could live out all his nine lives and barely make a dent in what's been sent for him. So the spokeswoman said the PSPCA's other felines are getting to enjoy his surfeit of toys and treats.

So the PSPCA has created the Buddy Fund to help other abused or neglected animals like Elsa, a sweet-tempered, white-and-gray stray who will receive eye surgeries and hopefully find a good home.

PSPCA is capitalizing on all the Buddy love to raise funds and adoption awareness for animals in need by selling T-shirts and stickers with the logo "Save Every Buddy."

"It's crazy to think about how this one cat has impacted so many animals and touched so many lives across not just Philadelphia and the country but the globe," said Kocher.

For the past couple weeks, Buddy's been living in the feline lap of luxury with his two doting fosters, Dr. Katie Venanzi and her husband David in their South Philly home.

Venanzi was the Blue Pearl emergency veterinarian who worked on the critically wounded cat when he was brought to her facility from the PSPCA.

Venanzi sees lots of animals in her work, but there was something special about Buddy even from the beginning. He reminded her of Chloe, her own cat she'd lost to cancer a few months before. Like Chloe, Buddy was full of spunk, even as sick as he was.

"He was barely responsive that night he came in, but if you moved him the wrong way, he would growl at you." the vet said. "That was how we knew, 'Oh, he's going to be OK.'"

Still in mourning for her late Chloe, Venanzi hadn't been looking for a new addition to their household. But her husband suggested she might want to foster her special patient.

That's not how it's worked out.

Buddy started purring up a storm. He hit it off fine with Teddy, the Venanzis' younger cat, and he quickly got the hang of batting around all the cat toys his many fans had sent him. And while he did enjoy looking out windows now and then, he didn't seem all that interested in the great outdoors.

And although he has his own sleeping space in a spare room, the former alley cat of late seems to have discovered that bedding down with humans clearly has its charms.

His doctor, meanwhile, found her own broken heart mending a bit quicker than expected.

"We want to see how he does this week, but if he still seems really happy then I think we'll talk to the SPCA about formally adopting him," she said. "We love him so much. He really is that special."

Lots of other people think so, too.

At the PSPCA, there's a whole bulletin board — Buddy's Board — filled with the greatest hits of cards, notes and super cute drawings from little kids sent to the feline rock star.

Indeed, if the folks at the PSPCA go more than a day or two without an update, his social media followers start clamoring for their Buddy fix.

"Everyone is very invested in this cat," Kocher said. "It's unlike anything I've ever seen before. I could post his left ear, and people would go crazy about it."

A recent video of Buddy playing with a cat toy — that's all he's doing — got over 16,000 views and almost 2,000 likes in just the first day. It's one of many like it, but people have yet to tire of Buddy's comeback story. Still.

"This amazing little man blows me away," one fan tweeted. "What a survivor!"

"My heart sings when I see you doing this well," tweeted one woman.

And from this bromancer: "I love you, little dude."

Of course, there are lots of animal aficionados out there. But there is something a little different about the way people have responded to Buddy's story.

"I think everyone these days is looking for some hope to cling to, and Buddy gave it to people. He's still giving it to people," Kocher said. "Out of something pretty horrible can come so much good. Despite bad things happening, there is still so much good in the world."

These 10 houseplants are safe for your pet

While houseplants have the ability to bring life to a room and purify the air, a drawback is that many houseplants are toxic to animals. Here are 10 plants that add beauty to your home without worry.

First, keep in mind that while many plants are technically safe for cats and dogs, it’s best to eliminate temptation and place all houseplants out of reach. This will prevent possible tummy aches and digestive problems in your pets. If a pet ever does ingest a plant, make sure to watch them closely for signs of a negative reaction. Just because a plant is nontoxic for cats and dogs doesn’t mean ingesting it will make them feel good.

Want pet-safe houseplants with blooms? Look no further than African violet. This versatile, hardworking houseplant is right at home with your pets. It comes in a range of purple hues, and it’s low maintenance and thrives without bright light.

The variegated gray-and-green leaves of this plant make it an attractive option for the home. It’s one of many great easy-care houseplants safe for pets.

Unlike their dangerous holiday counterpart amaryllis, Christmas cacti are not poisonous for pets like cats and dogs. The cactus may cause intestinal discomfort if ingested, but overall it’s a safer choice than many other festive plants.

This plant is named for the ease with which it can be divided and shared—so if you happen to receive such a gift, rest assured it’s safe for your cats and dogs. But beware, pets may be especially drawn to the fuzzy, crinkly leaves.

Indoor herb gardens are an easy, fun way to add fresh flavor to your cooking. But not all herbs are created equal when it comes to pet safety. Standards like lavender and oregano are off-limits, but pets are fine around basil, sage and thyme.

This quirky plant has blooms that resemble tubes of lipstick, and is safe for cats and dogs alike. A native of the tropics, it thrives in bright light and loves being outside in the warmer months.

This is the perfect solution for pet owners looking to add a small tree indoors. Safe for cats and dogs, it’s also great for green-thumb beginners.

This plant is perfect for adding a fun splash of pattern to miniature gardens, terrariums, mixed containers and more. Available in colors such as white and pink, it’s as versatile as it is whimsical.

Topping out at 6 to 8 inches, this plant is ideal for small spaces such as bookshelves and end tables. Its red, cream and green leaves curl up at night, giving it its name. What’s more, it’s one of the easiest houseplants you can grow.

Many of the most popular succulents — including hens and chicks, echeveria and rosettes — aren’t problematic. However, with so many varieties on the market, it’s best to research each individual plant.

A look at the fastest dog breeds in the world

The top speed a human has reached is about 27.5 miles per hour, achieved by Olympian Usain Bolt. That's about the minimum speed for a dog to even make this list.

Thinking about getting a pet rabbit? What to know before you hop to it

Rabbits can be high maintenance, and they have specific health issues to keep in mind. Here's what to know if you're considering a rabbit for a pet.

Two pups were found safe after a Massachusetts dog day care’s van was stolen with the animals inside.

5 cost-saving ways to keep your pets healthy — and happy

Taking a preventative approach to pet health issues saves owners time and money. Here's what to focus on to save money on long-term pet health costs.

How to tell what your barking dog is trying to say

Dogs can make all sorts of noises — from barking to growling to anything in between. Here's how to understand what your pup is trying to say. 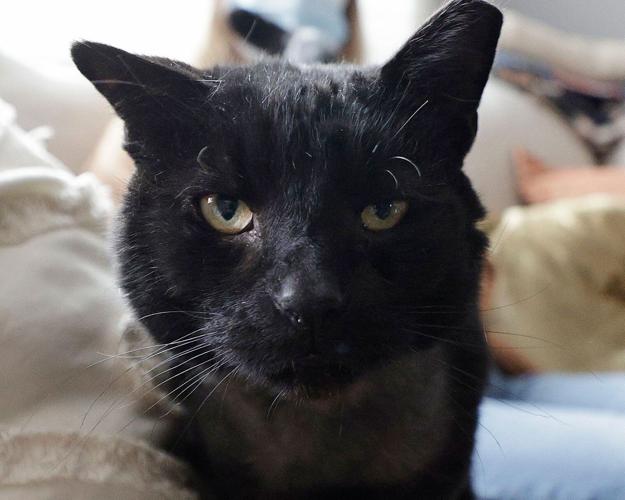 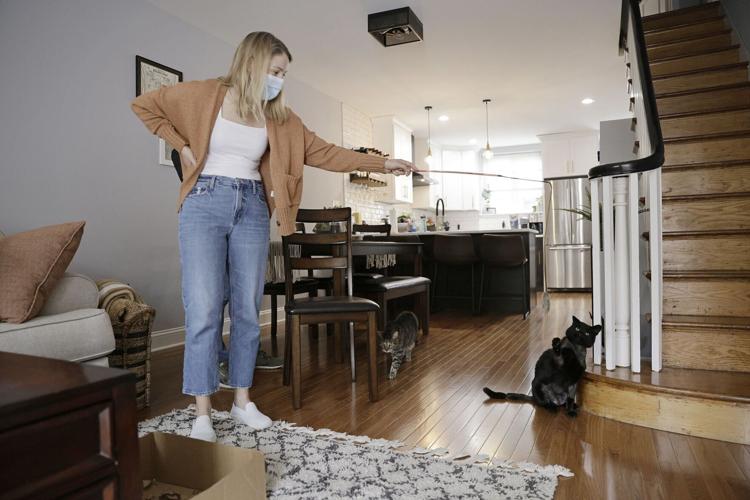 Dr. Katie Venanzi dangles a mouse toy in front of Buddy in her South Philadelphia home on April 23, 2022.