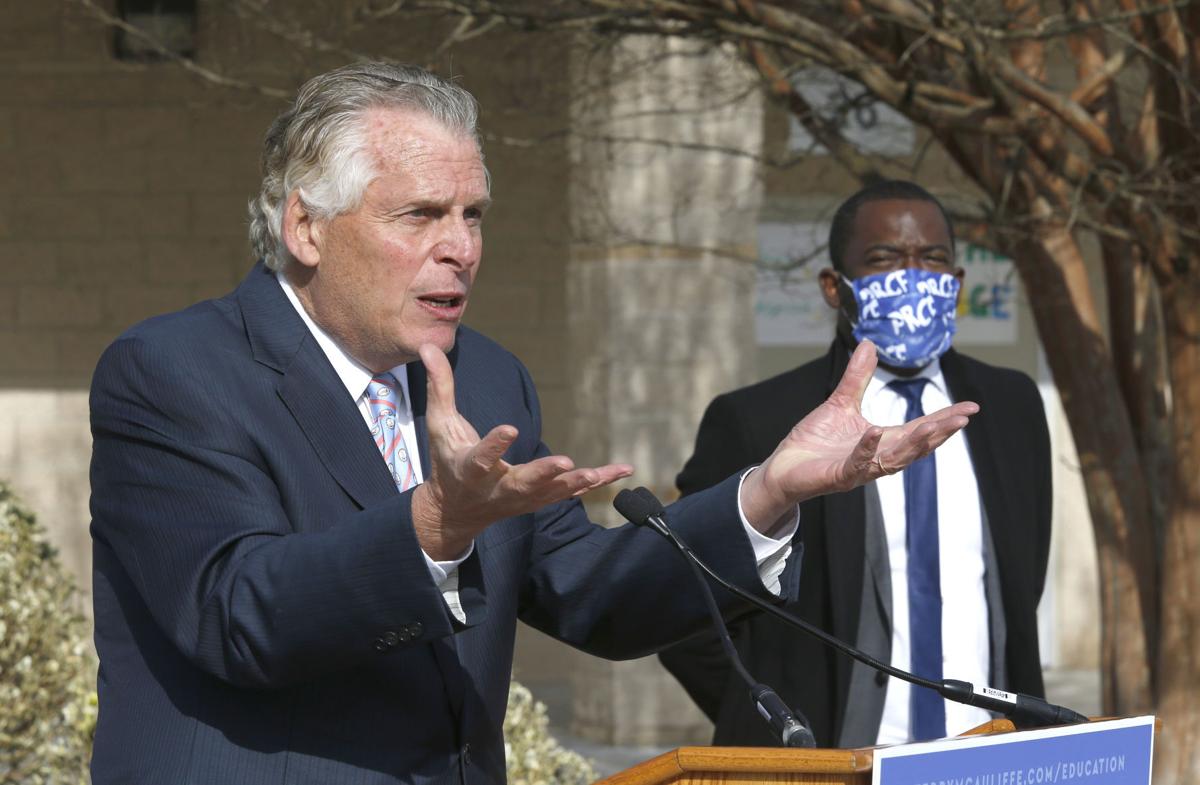 Former Gov. Terry McAuliffe, left, formally announced his run for governor Dec. 9 in Richmond. Mayor Levar Stoney is a co-chair of his campaign. 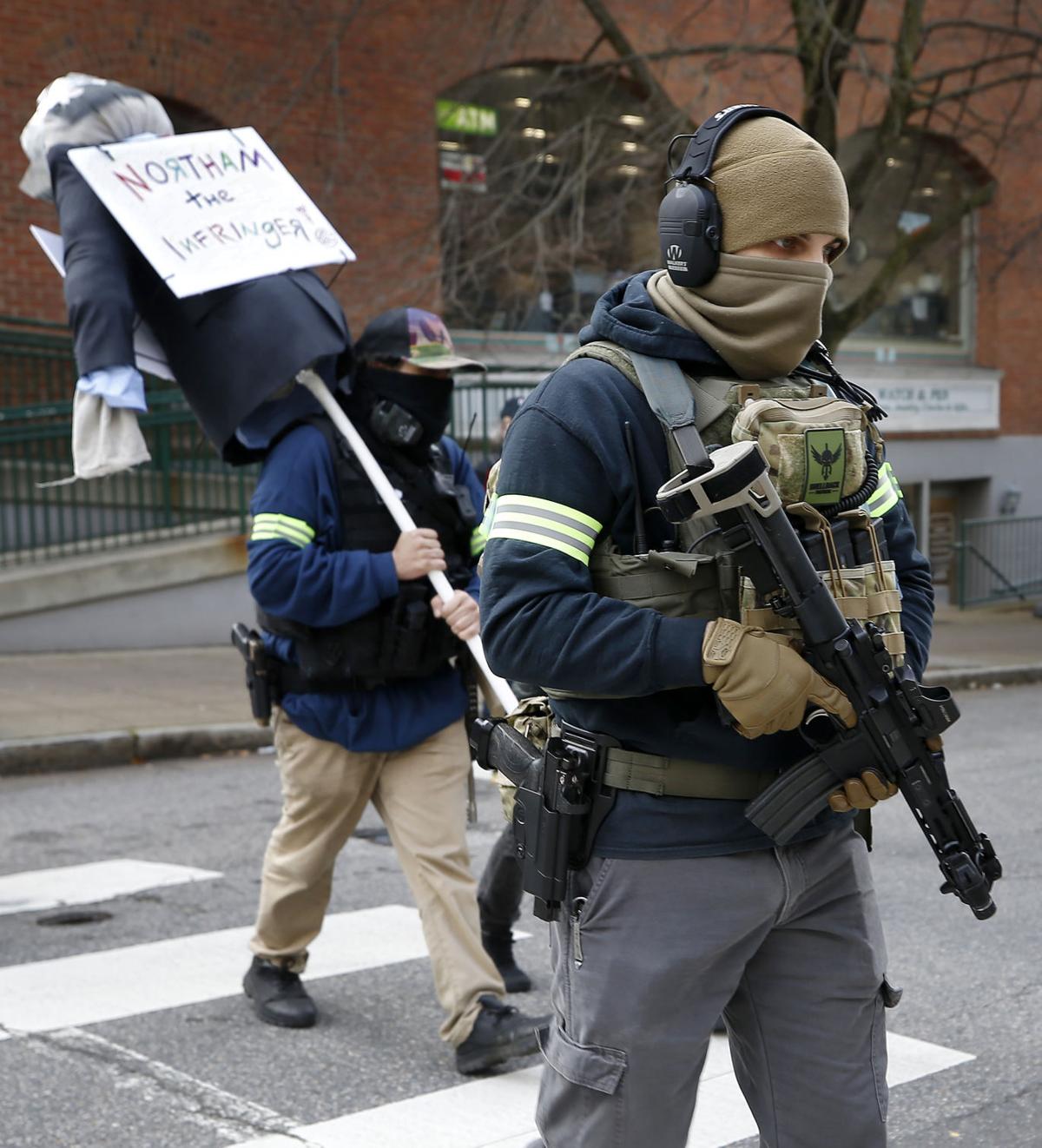 Former Gov. Terry McAuliffe, who is running for another term at the helm of the state, says that if elected he will push for an assault weapons ban as part of a broader gun control agenda.

McAuliffe, one of five candidates seeking the Democratic nomination, shared his plans for gun control policy on Monday, when gun rights protesters rallied against such measures in downtown Richmond.

Aside from a ban on assault weapons and high-capacity magazines, McAuliffe vowed to create an “Office of Gun Violence Prevention” within state government, and to fund a research center within a Virginia university to study gun violence.

“As governor, I will work tirelessly to eliminate these weapons of war from our streets, keep guns out of the hands of domestic abusers, and keep our communities safe,” McAuliffe said in a statement.

The candidate is also vowing to limit people under 21 from purchasing handguns; explore waiting periods and permits for gun purchases; ban people from openly carrying firearms in certain public spaces; and empower law enforcement to remove firearms from people they encounter who have been convicted of a domestic violence misdemeanor.

McAuliffe’s plan would build on a series of new gun control laws Gov. Ralph Northam championed and the General Assembly passed last year — after a city worker in Virginia Beach shot and killed 12 people in a government building.

The new laws include a ban on the possession of firearms by people subject to restraining orders; a new requirement calling for background checks on all firearm sales, though not private transfers; and restoration of Virginia’s former limit on handgun purchases to one a month.

Passing a ban on assault weapons, however, proved to be an insurmountable goal for the Northam administration and Democratic leaders, who saw even a watered-down proposal quickly die in the Democrat-controlled Senate.

A crowd of 22,000 people gathered in Richmond in January 2020 to protest Northam’s gun control measures. This year’s crowd featured about 100.

The General Assembly is not considering an assault weapons ban during the current session, an abbreviated gathering with much of the same political dynamics that blocked the bill last time around.

“We still have a lot of work to do, especially when we talk about assault weapons,” Northam said Monday during an annual vigil for victims of gun violence. The Virginia Coalition to Stop Gun Violence hosted the virtual gathering.

“There is no need for anybody to have an assault weapon on the streets of Virginia. There’s no need to have open carry of assault weapons. It’s all about intimidation and we’re seeing some of that in our nation’s capital and in Richmond as well.”

Everyone who wants a vaccine will get one soon. That may not get us to herd immunity.

Former Gov. Terry McAuliffe, left, formally announced his run for governor Dec. 9 in Richmond. Mayor Levar Stoney is a co-chair of his campaign.