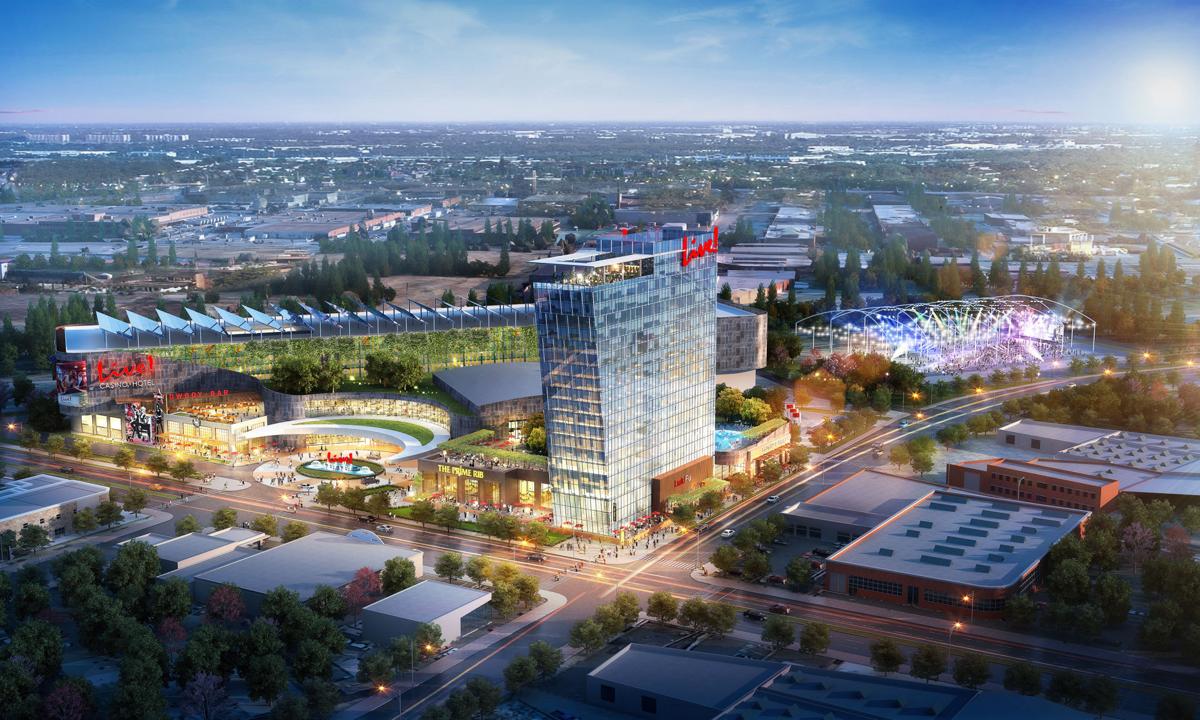 The Cordish Companies is proposing a casino resort at the Movieland property on Arthur Ashe Boulevard. 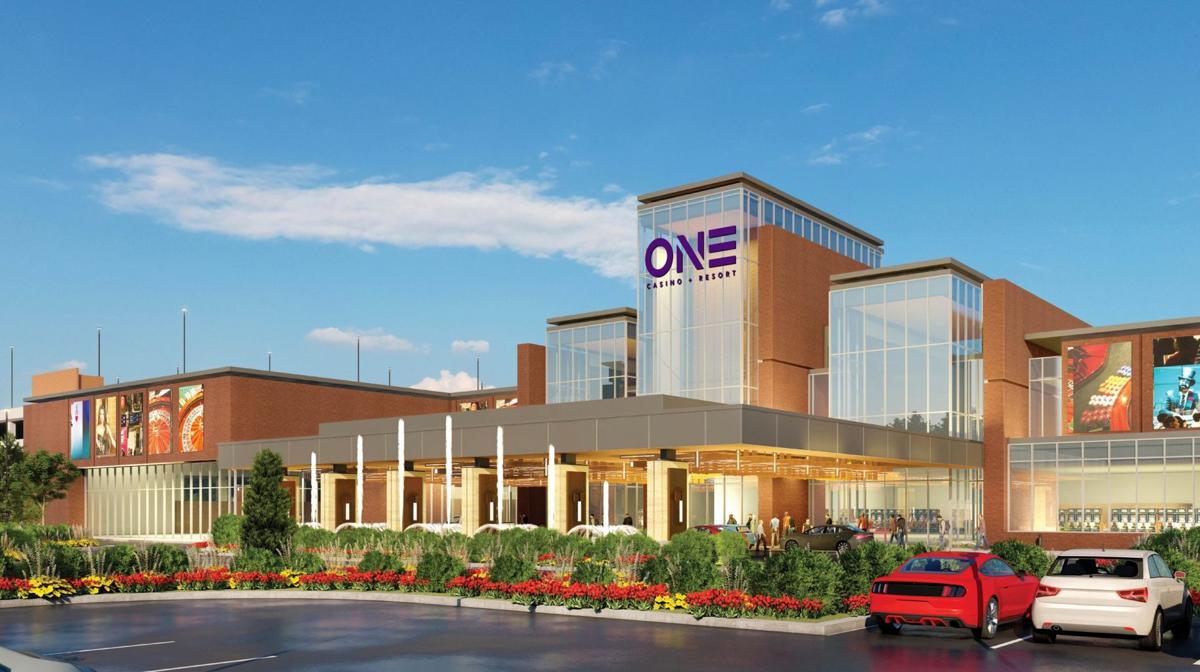 Urban One and Peninsula Pacific Entertainment are behind ONE, a proposed casino in South Richmond. 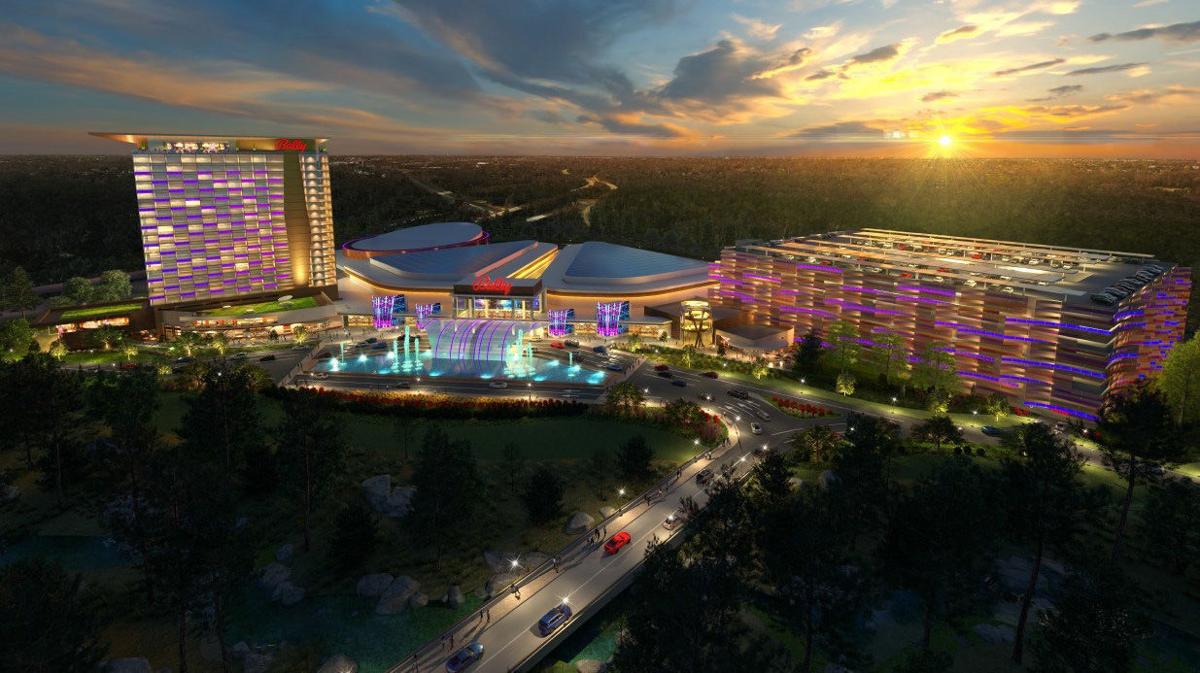 The Bally’s Corp. project would include a resort, hotel and casino at Powhite and Chippenham parkways.

Although the Richmond City Council appears poised to let voters decide whether a casino ultimately will rise, some council members say they are opposed to the development proposals in their districts.

Some city officials and residents expressed reluctance about the development of any casino as public debate sharpened this week over three proposals a panel of city officials is reviewing to determine which one residents should vote on this November.

With an estimated $30 million in annual tax revenue and thousands of new jobs at stake, the Council members must weigh those benefits against the concerns of constituents who say a massive casino resort could negatively impact their quality of life, creating traffic congestion and crime.

Critical comments from residents opposed to a casino near their homes also have fomented tension over its potential location: a suburban community; a growing entertainment district near downtown; or an industrial swath of South Side near Black neighborhoods that historically have lacked a say in area development.

The City Council is expected to vote in May or June on whether the city should hold a public referendum for the site and operator recommended by Mayor Levar Stoney’s administration.

“I don’t consider any vote a rubber stamp,” said 4th District Councilwoman Kristen Larson, who is opposed to plans for a casino resort in the northeast quadrant of the Powhite and Chippenham parkways in South Richmond. “At the end of the day we’re the governing body that decides whether to take this to referendum or not.”

Katherine Jordan, who represents the area where a casino resort is proposed on the 17-acre Movieland property on Arthur Ashe Boulevard, recently said she is opposed to that project, noting the site’s proximity to where VCU plans to build a new athletic village and concerns she’s heard about traffic.

Jordan in an interview this week would not say whether she’s opposed outright to a casino, but said she thinks the concept is “very concerning.”

“You’re hearing that from residents across the city,” she said. “We all need to be engaged in the process, consider all the options and hear feedback. The voters will decide on Election Day.”

Reva Trammell, who represents the area where media conglomerate Urban One plans to build its casino off Commerce Road, denied an interview request and did not respond to two sets of emailed questions this week. A representative of the company, however, said she’s “actively supporting” the project.

City Council President Cynthia Newbille and council member Ellen Robertson, a member of the city’s evaluation panel, did not respond to requests for comment.

Third District Councilwoman Ann-Frances Lambert this week tweeted about the process, letting those opposed know that they can vote against it in November. She appended her message with an image of a character facepalming, a gesture commonly associated with feelings of frustration.

Lambert said she’s open to considering a casino in the city, but did not explain what compelled her to broadcast a message about voting against the project.

“If I believe that the positive benefits of the proposal outweigh the negative impacts to the city then I will support the proposal,” she said in an email.

While no Council members have said they are opposed to a casino at any location in the city, 5th District School Board member Stephanie Rizzi recently panned the idea, calling the advertised benefits of new jobs and funding for public schools “empty promises.”

The state lawmakers who crafted the legislation permitting casino gaming in Virginia intended to let local residents vote on it.

The General Assembly in 2019 and 2020 passed legislation allowing five cities — Richmond, Bristol, Norfolk, Portsmouth and Danville — to permit one casino operator in their respective jurisdictions if approved by the Virginia Lottery Board and a majority of local voters.

Residents in the other four cities last year overwhelmingly approved plans for a casino in their communities. Danville was the only locality to open the process to a competitive bid.

Richmond followed suit, requesting development proposals in December after the council and mayor’s administration agreed to a competitive process for selecting an operator and site. The city’s request did not specify a location. Six bids were submitted.

An evaluation panel including two council members and several administration officials culled half of the proposals a few weeks after they were publicly announced in February. City officials said the panel eliminated them because there appeared to be issues with their selected sites, financial plans or a lack of organizational experience.

Public opposition to the remaining proposals mounted from there, compelling several elected officials to voice opposition to the projects in their districts. The process has pitted districts against each other, particularly after anonymously written flyers opposed to the project on Arthur Ashe Boulevard suggested that a casino — which would allegedly lower the qualify of life in the area — should be built elsewhere in the city.

In a media briefing Tuesday, Stoney denounced the tone of the discourse. He said comments he’s seen and heard from residents in affluent communities have smacked of racism and disrespect toward other neighborhoods.

The 8th District, where Urban One’s project would be located, is almost 70% Black and 15% Hispanic, according to the most recent data shared on the Richmond government website. The same data for the other two districts indicate that they are majority white.

Councilman Andreas Addison, a member of team reviewing the casino proposals, said he’s not surprised to see supercharged opposition to some of the projects given their scope and size. He said it worries him that the public opposition combined with statements from city officials could make it difficult to negotiate with the developers.

“I don’t want this to become ‘who wins, who loses,’” he said of the tension between communities.

He said he would prefer constructive feedback from his colleagues to improve the proposals and help craft solutions to problems residents near the proposed sites are identifying. “It is my goal as part of the evaluation committee that what we put forth is the best option for the city and our communities,” he said.

Larson said she felt it was necessary to represent the will of her constituents in speaking against one of the projects. She did not rule out the possibility of voting against allowing the referendum to go forward, but said she hopes it doesn’t come to that.

“That’s not an ideal situation and I’m hopeful we won’t get to that place,” she said. “That’s why we’re going through this negotiation process.”

Councilman Michael Jones said he has no intention of voting against the referendum despite sharing reservations about the One project being located near a majority Black community he said the city has historically neglected.

“If I vote to stop it, that would be me saying I don’t want to hear the voice of the people,” he said. “Anything like that would go against a democratic process.”

To leave feedback with the city and see dates for information sessions and meetings with the developers, visit www.rva.gov/economic-development/resort-casino.

The Cordish Companies is proposing a casino resort at the Movieland property on Arthur Ashe Boulevard.

Urban One and Peninsula Pacific Entertainment are behind ONE, a proposed casino in South Richmond.

The Bally’s Corp. project would include a resort, hotel and casino at Powhite and Chippenham parkways.