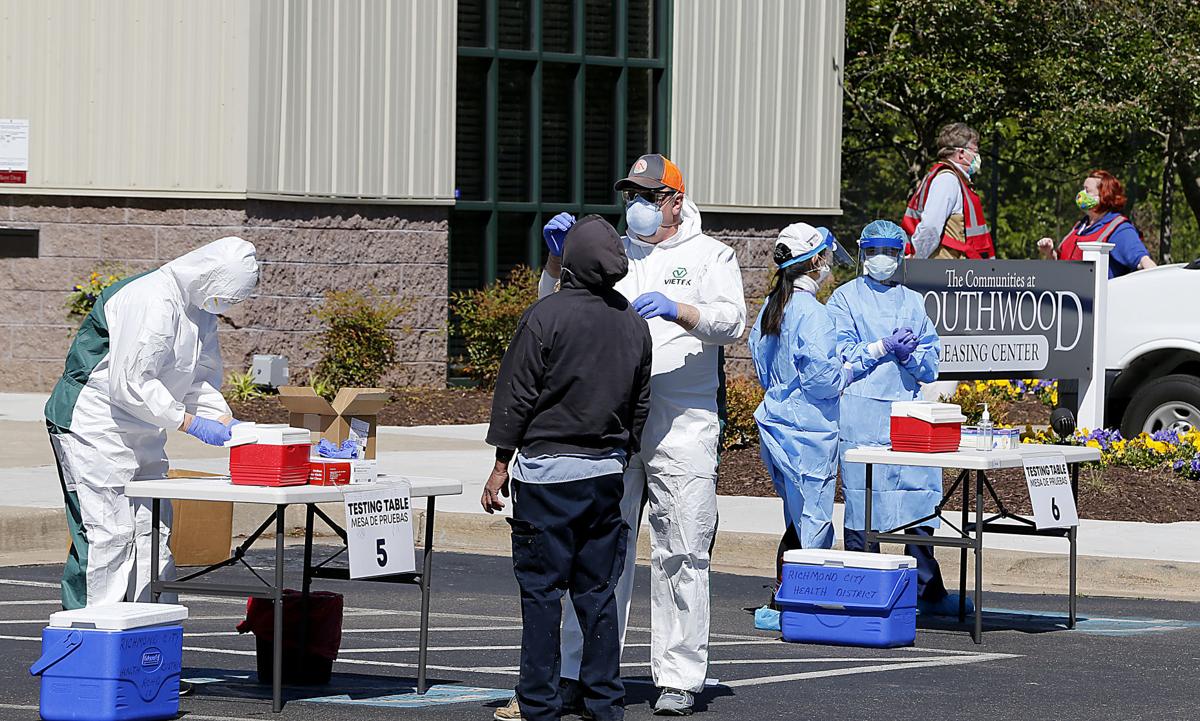 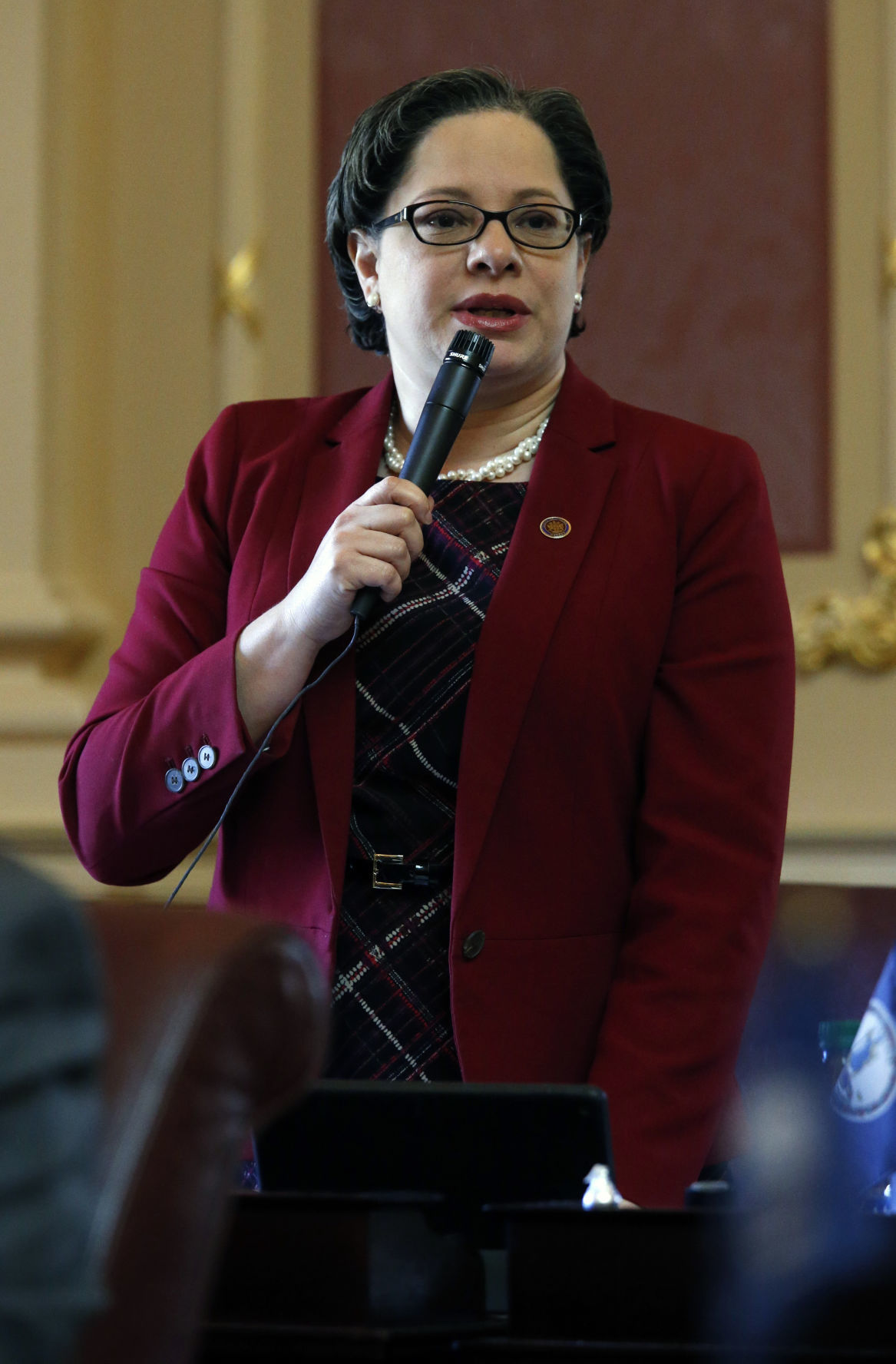 Sen. Jennifer McClellan, D-Richmond, was among members of the Virginia Legislative Black Caucus who supported a delay in the first phase of reopening.

When Yesica Godoy’s husband tested positive for the coronavirus, he was told to isolate himself — to quarantine away from his wife, 4-month-old baby and 11-year-old child. His only option was the rented room in Northern Virginia his entire family already lived in that offered little space for social distancing.

His workplace in Fairfax, part of a region in which Hispanics are almost 62% of coronavirus cases despite being 17% of the total population, wanted him to return to work and take another test showing he’s recovered. But Godoy said they can’t afford a test they were told would cost $300. They can barely pay rent.

Lourdes Rodriguez, a woman in Alexandria who works as a cleaner for Gold’s Gym, hasn’t been paid in two months, but with Virginia reopening, she worries infections in her predominantly Hispanic neighborhood will rise, and she won’t have the sick leave, protection or child care she needs.

“I know we need our jobs. I’m one of them,” Rodriguez said in Spanish. “But we need these precautions … so we can do our jobs 100%, with assurance that we will be OK. That our families will be OK.”

This is the new reality for nearly 275,000 black and Hispanic Virginians that bolster essential industries in Virginia, including child care providers, health care workers, food service employees and cleaning staff. Hispanics make up 43% of cleaning workers in Virginia.

In Virginia, people of color make up more than 40% of workers in essential industries, with immigrants forming 16% of the state’s essential workforce, according to the Commonwealth Institute, a nonprofit that researches policy impact on low-income Virginians.

Those who are lower-paid, a cluster that heavily includes black and Latino workers, are less likely to work in industries that allow work-from-home scenarios, forcing an already disproportionately impacted group to make a bleak choice: risk their health or lose their jobs.

As of 5 p.m. Friday, Hispanic Virginians make up almost 30% of cases despite being only 9% of the state population. Black residents are 16% of cases, and almost 20% of the population, but in Richmond, make up 16 of the 18 deaths. One is Hispanic and one is not reported. Virginia, along with other states, has an incomplete accounting of the disease’s demographics, with 30%, or 9,042 cases, not reported by race.

Virginia Department of Health spokesperson Maria Reppas said the VDH is addressing the data gap, but the agency has no control over what information providers include with test results.

In a state that’s lagged in worker’s rights, despite Virginia having a business-friendly reputation, issues impacting low-income workers are exacerbated with or without data, a weight that Sen. Jennifer McClellan, D-Richmond, said will be shouldered by black and Hispanic Virginians who make up a sizable share of the essential workforce.

McClellan was among the members of the Virginia Legislative Black Caucus who asked Northam to delay the first phase of the state’s reopening on Wednesday, arguing that people of color in Virginia would be used as “guinea pigs.”

Existing data showing the black and Latino impact in Richmond and Fairfax Health District factored into localities requesting a delay that Gov. Ralph Northam granted Thursday until May 29.

Politicians, health care providers, activists and worker advocates continue to push for protections, saying it’s not clear that testing capacity is where it needs to be to prevent another spike and limit risk of infections among workers — especially after The Times-Dispatch reported how the inclusion of 15,000 antibody tests with diagnostic tests skewed the state’s testing capacity.

With children out of school, parents forced to return to work across localities may struggle finding suitable child care as the state faces a shortage and focus remains on child care for health care workers.

“We expect to be able to accommodate families who need child care during Phase One,” Yarmosky said in a statement.

She added that if the state sees demand surge beyond capacity, the state has secured $70 million in federal funding for the effort and has removed regulatory barriers to allow public schools to become day care centers.

An activist coalition made up of Fairfax NAACP, Richmond for All, New Virginia Majority and more held a virtual press conference Thursday, where Richmond activist Chelsea Higgs-Wise said the lack of labor protections will drive the economy forward while digging a place for black and brown lives, “not 6 feet apart, but 6 feet underground.”

Under Phase One guidelines, employers are required to provide face coverings to their workers and teleworking remains encouraged.

For some, working from home is not an option, and choosing not to return to work due to health concerns may make them ineligible for unemployment — the Department of Labor makes these determinations on a case-by-case basis. If workers are undocumented, they can’t collect unemployment at all, driving many to report to work even if they feel sick.

Robert Winn, the director of VCU Massey Cancer Center and an expert in health disparities, said that the many unknowns, including if there’s enough protective equipment, are causing unease among both workers and businesses.

“There are these questions that really should be at least addressed,” Winn said. “Everyone is literally looking for guidance. If that information is out there, it doesn’t seem to have been widely distributed. ”

At CrossOver Healthcare Ministry, which operates in Richmond and Henrico County, 50% of its patient population is Hispanic, with 80% not speaking English as their first language, according to CEO Julie Bilodeau. Of the 34 patients who tested positive, 75% were Latino and often employed as laborers, cleaners and construction workers.

Medical director Dr. Michael Murchie said many of CrossOver’s Hispanic patients live with multiple individuals or families, with some having as many as five families within a two-bedroom apartment, making social distancing and isolation impossible.

Godoy, the woman whose family of four resides in a single room, knows this well. She said without an adequate state response on testing capacity and low-income worker protections, all she can do is pray for her husband and hope her kids aren’t next.

Sen. Jennifer McClellan, D-Richmond, was among members of the Virginia Legislative Black Caucus who supported a delay in the first phase of reopening. 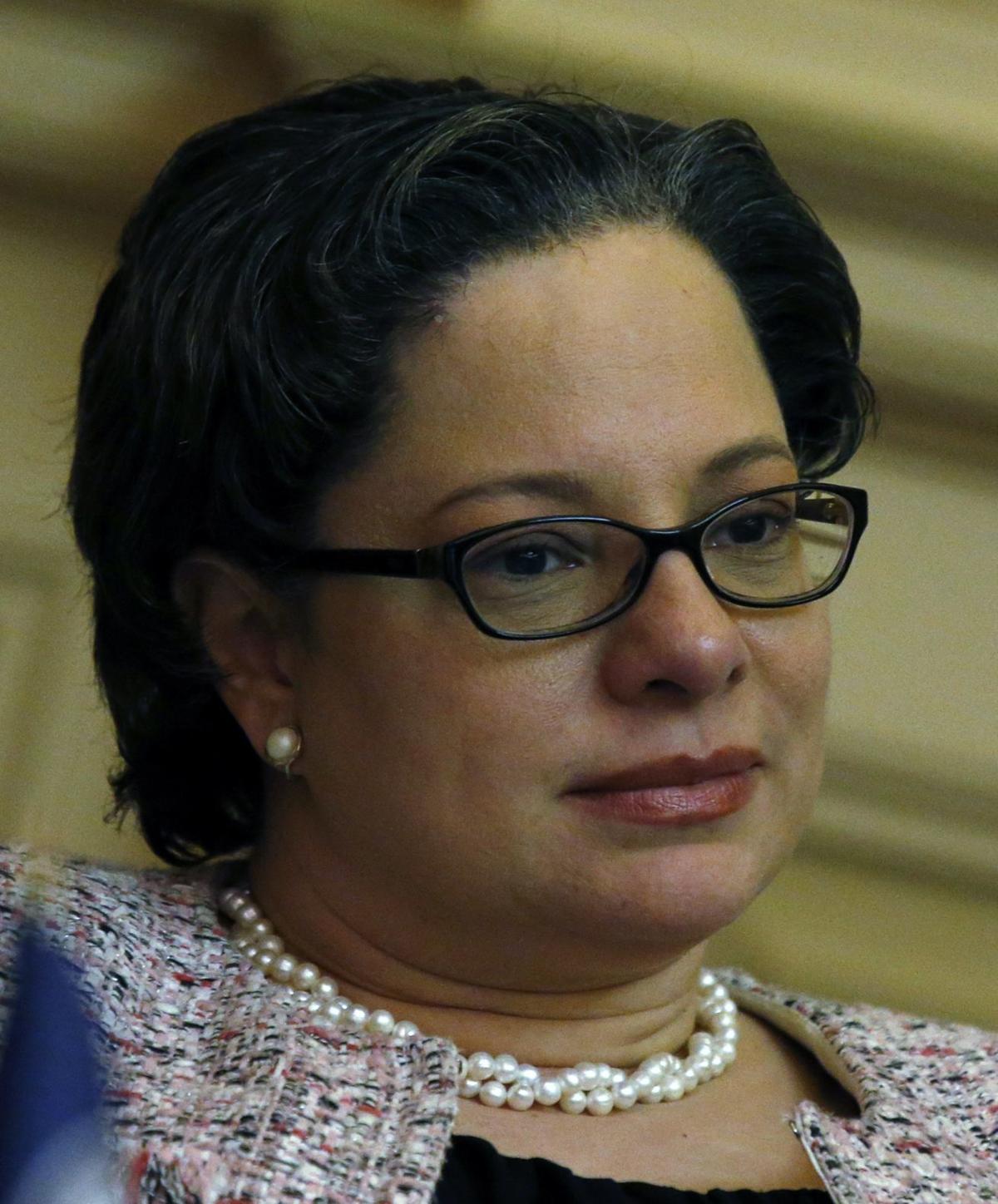 Sen. Jennifer McClellan, D-Richmond, at her desk in the Senate inside the Virginia State Capitol in Richmond, VA Saturday, March 7, 2020.