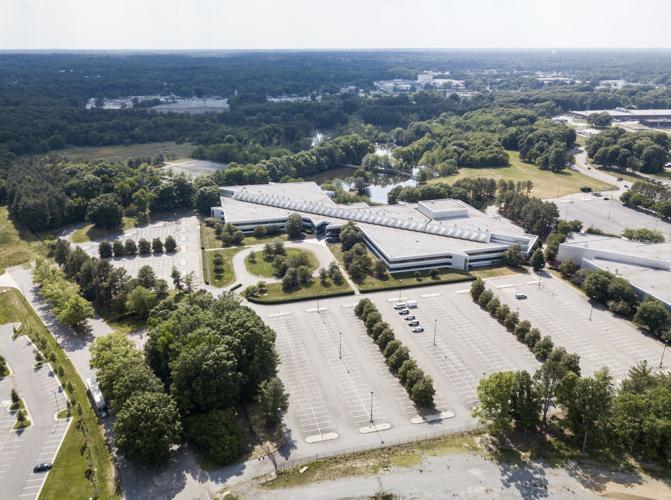 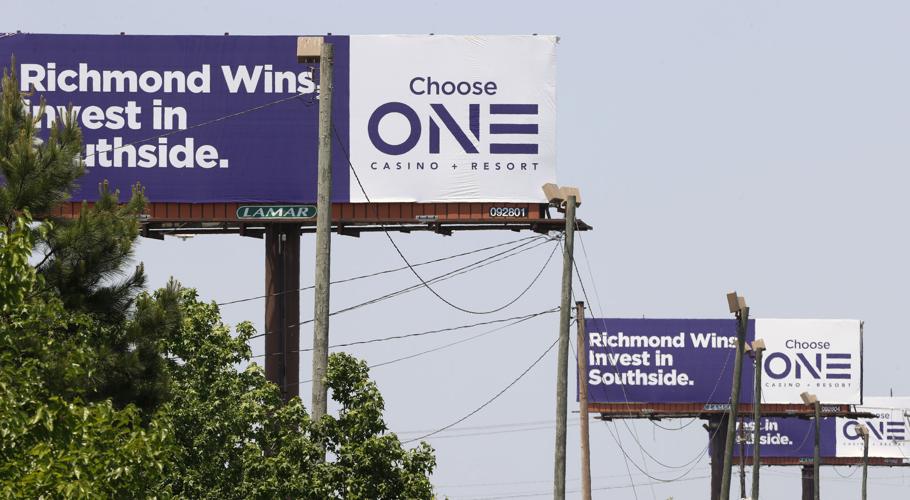 Billboards promote Urban One casino along Commerce Road and I-95 Thursday, May 20, 2021. 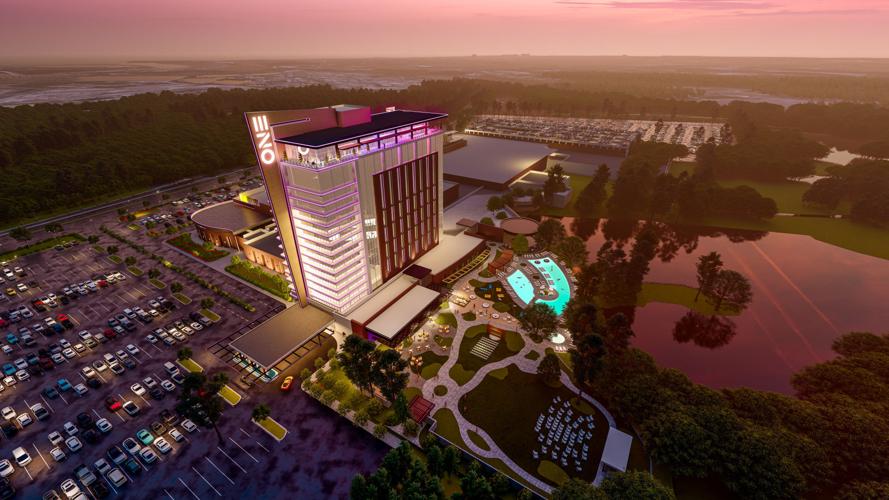 Richmond administration officials picked a company to build a casino. Now it’s up to the City Council to decide whether the deal is good enough to let residents vote on it.

After evaluating six casino development proposals it requested in December, the city has negotiated terms for the media conglomerate Urban One to build a $560 million casino resort near the intersection of Commerce Road and Walmsley Boulevard on property currently owned by Philip Morris USA.

The city, per state law, cannot permit a casino unless voters approve plans for a specific project, operator and site in a public referendum. Before it goes to the public, though, the City Council will vote next month to agree to the terms of the deal and to petition the Richmond Circuit Court to hold the referendum on Nov. 2.

City officials expect the casino resort development to generate $30 million in annual local tax revenue. The proposed terms of the development agreement say the company would give the city an immediate $25 million payment within 30 days of the vote’s certification.

While the city is not providing any financial incentives or tax rebates to the project developer, the city has offered to let Urban One give the city 1.875% of its annual gambling-related revenue for one year, instead of the 3% it plans to allocate annually, if the casino opens no later than Dec. 31, 2023.

“It’s an outstanding project in terms of the criteria we looked at project feasibility, the sustainability of the project location factors community benefits, economic impact to the city and a host of things in addition to what is required in the Virginia Casino Act,” said Leonard Sledge, director of the city’s economic development office and a member of the city panel that evaluated the projects. “We are confident this is a world-class project.”

After eliminating four other proposals earlier this year, Richmond last week announced that it had selected the Urban One project over the proposal by The Cordish Cos., which wanted to build a $600 million casino resort at the Movieland theater property on Arthur Ashe Boulevard.

While some companies presented more expensive projects and larger direct payments, Sledge said the overall cost was just one of several factors the evaluation panel considered when reviewing the projects.

The Urban One project, according to city’s proposed term sheet, would include a “luxury class hotel” that’s at least 12 stories tall with 250 rooms and resort amenities such as a pool, spa and fitness center. The plans also include a television and radio production studio on site.

City officials said it would be a boon for Richmond, as the project would create 1,300 jobs and potentially spur ancillary development in an area of the city where residents say a grocery store, banks, pharmacies and other new businesses are needed.

Other terms of the proposed development agreement introduced to the City Council this week include:

Supporters of the project note that Urban One would become the first Black-majority owner of a casino since the late Don Barden, the first African American casino operator in Las Vegas. Alfred Liggins, Urban One CEO and son of its founder, Cathy Hughes, personally lobbied for the state casino bill and for language that prioritizes the inclusion of minority-owned businesses.

In a virtual news conference Tuesday, Sledge did not elaborate on what specific elements of the Urban One project led the city’s evaluation panel to pick it over the other project.

“It was no single thing. Each of the proposals that we reviewed had its strengths,” he said. “We were of the belief that the One Casino and Resort project was stronger, and that it was best opportunity for the city to move forward.”

Johnny Walker, research chair of the Richmond Crusade for Voters, studied the final two projects and felt the Cordish proposal was a stronger project, noting that it had a larger advertised value.

While Urban One is partnering with Peninsula Pacific Entertainment, which operates the Rosie’s Gaming Emporiums and Colonial Downs racetrack, he said Cordish seems to have a better industry track record across the country.

Walker said he’s unsure why the city selected the Urban One project, but noted that residents in the Fan District and other neighborhoods in North Richmond were adamantly opposed to a casino on Arthur Ashe Boulevard.

“The city may have weighed heavily the fact that the community was opposed to it,” he said. “And maybe the fact that it would be a Black-owned casino was also a factor.”

A few civic associations in South Richmond endorsed the Urban One project, while more than a dozen opposed the casino plans on Ashe Boulevard.

Walker said he’s hopeful that the Urban One casino will succeed and benefit the city residents if voters approve it this fall.

The City Council is tentatively scheduled to vote on the June 14 on the proposed terms of the deal and whether to hold the referendum on June 14.

"She loved life. She loved being outside, sports, everything."

Billboards promote Urban One casino along Commerce Road and I-95 Thursday, May 20, 2021.