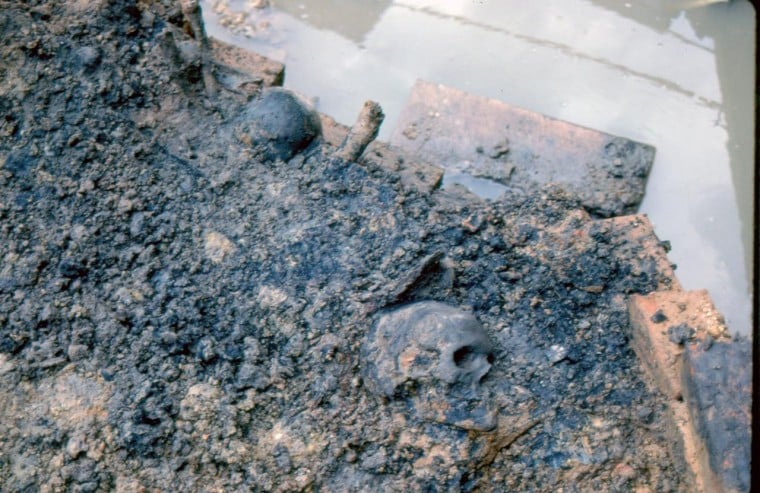 Skulls discovered in well at MCV in 1994 during construction project. 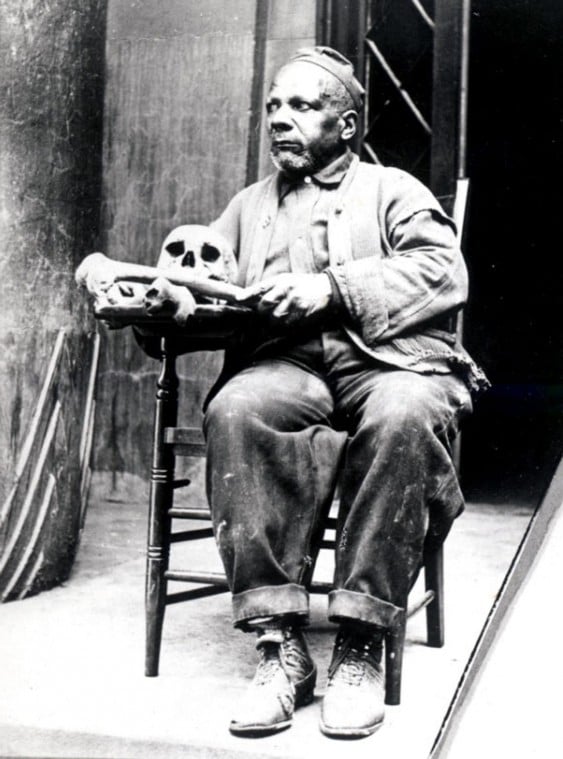 Chris Baker with skull. He was a grave robber employed by MCV as the dissection room attendant.____Special Collections and Archives

The old bones unearthed in a well at the Medical College of Virginia 17 years ago are rising again.

Their story will be told in a new documentary by a Virginia Commonwealth University professor who said he wants to find a way to memorialize the bones — the remains of cadavers stolen by grave robbers from black cemeteries more than a century ago.

His film, "Until the Well Runs Dry: Medicine and the Exploitation of Black Bodies," will be shown tonight and will be followed by a discussion about the legacy of using the bodies of African-Americans for medical dissection.

Their contribution to medical science was never acknowledged, Utsey said, but the impact on the black community endures.

He links the practice to a distrust of doctors and hospitals among African-Americans that persists today. Those fears became "so indelibly etched into the psyches of African-Americans" that some Richmond residents told him they were warned as children to stay clear of MCV at night for fear that they would be snatched for the dissection room.

How the bodies actually arrived at MCV, now the VCU Health System, was well-documented by newspaper accounts from the 1800s. MCV employed a black man named Chris Baker as a janitor and the keeper of the dissecting room. He was also the procurer of bodies.

Grave robbers such as Baker were known as resurrectionists, and their services were in demand during the 19th and early 20th centuries, when medical colleges had no legal way to obtain bodies for research.

Local newspapers chronicled Baker's arrests — at times in the company of medical students. His death in 1919 was reported on the front page of The Richmond News Leader.

"Baker was one of Richmond's most widely-known colored men," the obituary said. "Many negroes feared Baker, as they had the idea that the keeper of the dissecting room gathered in the bodies he watched over in some mysterious way."

When medical students were finished with the cadavers, Baker dumped the bones in a well, where they remained largely forgotten until 1994. The "limb pit" was discovered by a crew digging 25 feet below East Marshall Street during construction of a new medical sciences building.

About two dozen boxes of bones were removed from the brick-lined well, which was full of water and topped by clay. Beneath it was another well containing bones and other medical debris that was capped and left undisturbed.

Forensic anthropologists from the Smithsonian Institution examined some of the bones removed from the well and determined they were those of black people, Utsey said.

He first heard about the bones when he was making a documentary about the African Burial Ground, which VCU had used as a parking lot for medical campus staff and students until it was transferred to the city in May.

Many people incorrectly thought the bones in the well had come from the burial ground, which was not in use during Baker's day, Utsey said. His research found that Baker stole them primarily from another cemetery as well as the city almshouse.

Baker, whose parents also worked for MCV, was described in an 1893 newspaper account as the "the ghoul of Richmond." He was feared and despised by black Richmonders, but among whites he "was almost like a celebrity," Utsey said.

Baker's personal legacy is complex, Utsey said. "I can't sit in judgment of him."

His skills with cadavers were well-known, and medical students turned to him for assistance, Utsey said.

"He knew his stuff," he said. "Had he been born at another time, he may have been a surgeon."

Actor Sam Elliott lent his voice to a Joe Biden campaign video that aired during the World Series Tuesday and became a Twitter magnet. See the ad and responses to it.

Skulls discovered in well at MCV in 1994 during construction project.

Chris Baker with skull. He was a grave robber employed by MCV as the dissection room attendant.____Special Collections and Archives