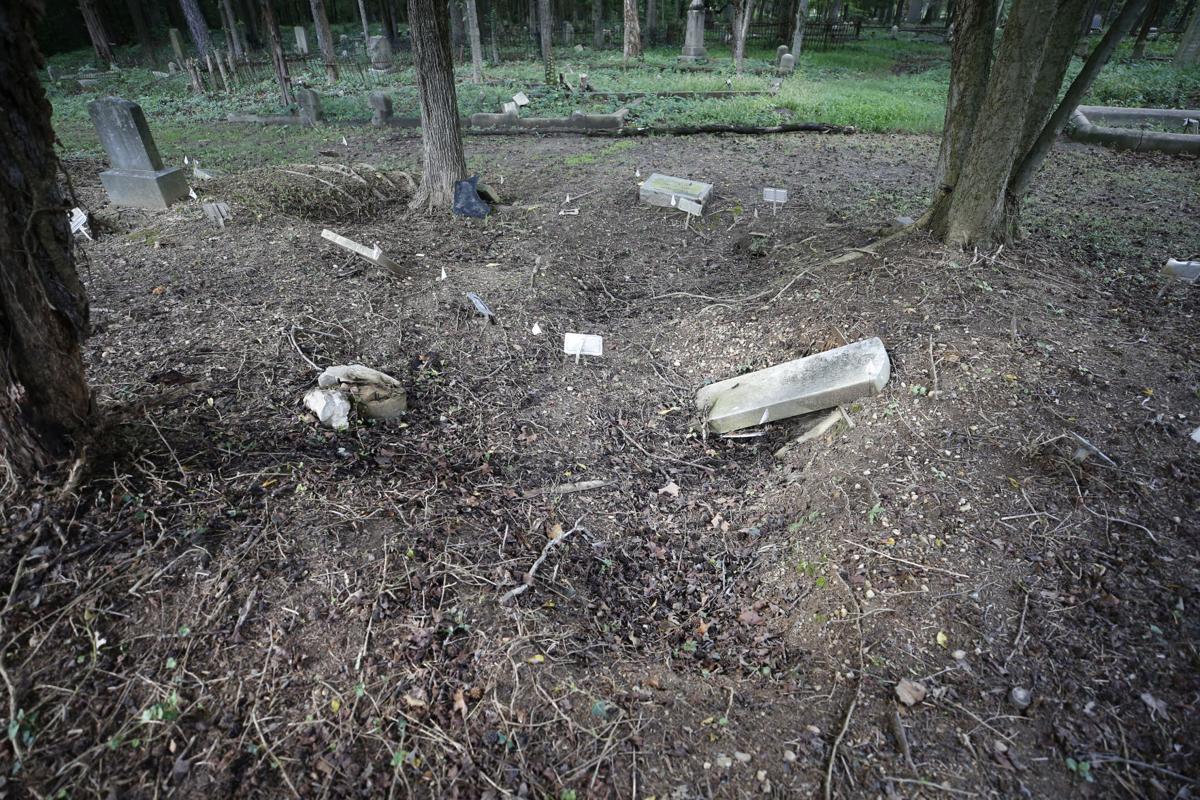 Brian Palmer is an award-winning Richmond-based photojournalist with international credentials and a history of covering civil unrest. He has been covering the protests in Richmond, sparked by the death of George Floyd in Minneosta. 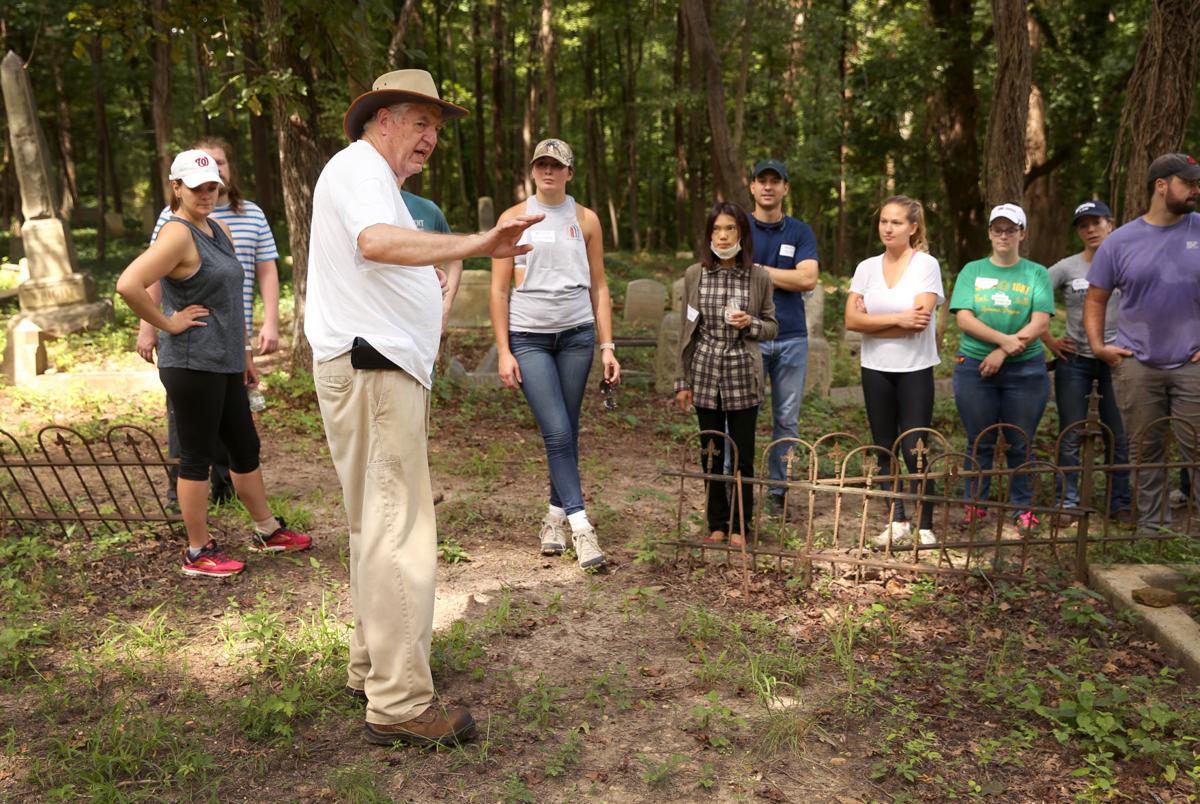 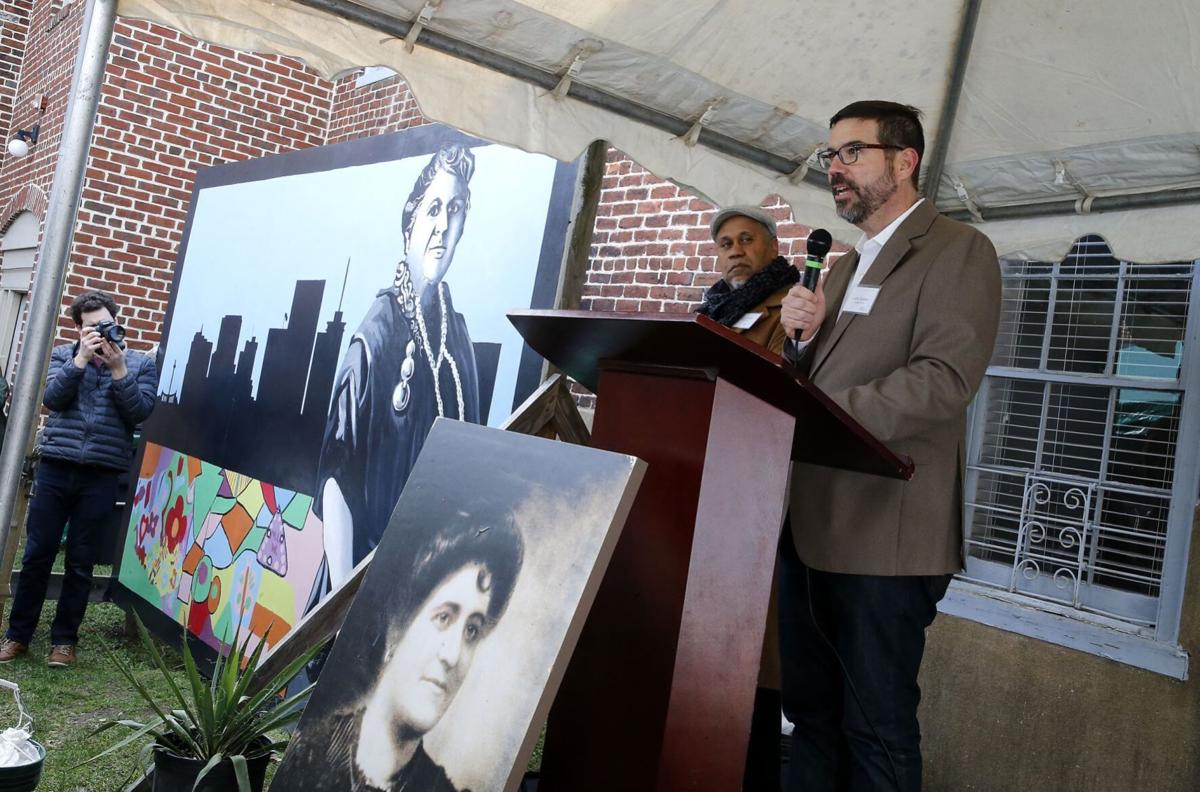 Sydnor is the executive director of the Enrichmond Foundation, a nonprofit group that is the current steward of the East End and Evergreen cemeteries.

The Friends of East End Cemetery, a volunteer group formed in 2013, said it will no longer organize cleanups of the historic African American cemetery blighted by overgrown vegetation and illegal dumping after members were unable to reach an agreement with the Enrichmond Foundation regarding volunteer activities. The foundation owns the cemetery.

The volunteer group will continue conducting genealogical research at the site, it said, but the suspension of their restoration efforts marks the end of contentious negotiations that brought to a head years of friction between the two groups.

“If we conceded more, we would be completely subservient to an organization that has proven itself to be an irresponsible and opportunistic steward of the cemetery,” the Friends of East End said in its statement Thursday evening. “We will continue to press for oversight of Enrichmond’s activities at East End and Evergreen, as well as accountability for the taxpayer money spent there.”

John Sydnor, the foundation’s executive director, said Enrichmond has tried to work with Friends of East End, but has been met with antipathy and distrust over the years.

“It’s frustrating,” he said. “They’re constantly striving to be the victim in this. It’s been three years of trying to partner and being blocked at every opportunity. They’ve never wanted to partner with us.”

The Friends of East End say they haven’t refused to work together, alleging that the foundation instead has tried to minimize their role and control their work while trying to transform sacred grounds into a recreational area.

Located in a wooded area off Nine Mile Road east of the city, East End cemetery is adjacent to a few other African American burial sites that date back to the late 19th century: Evergreen Cemetery and two “pauper” cemeteries. Evergreen is the final resting place of Maggie Walker and John Mitchell, both prominent African American figures from Richmond’s history.

Unlike the neighboring Oakwood Cemetery, which has received the support of the state to maintain historic Confederate graves, the African American cemeteries are in poor condition after decades of neglect and a lack of public support until recently.

The Enrichmond Foundation acquired the East End and Evergreen cemeteries over the last three years and developed a $19 million restoration plan with the help of an advisory committee that includes several descendants of people buried there.

Brian Palmer, a member of Friends of East End Cemetery, is skeptical of the work Enrichmond has done to maintain and restore the cemeteries, alleging that there’s been little progress, and that recent groundskeeping by a contractor led to the destruction of temporary grave markers that are decades old.

Sydnor said the foundation intends to replace all of the temporary markers with permanent ones.

Palmer said his concern grew after recently obtaining records that showed the Department of Historic Resources noted several corrections for future grant applications and rejected an $11,000 reimbursement request for burial research and ground-penetrating radar surveys because it was not within the scope of a property maintenance grant.

Sydnor said he feels those were worthwhile expenses, and that the foundation is willing to pay for it out of pocket. Palmer, however, said he thinks it’s evidence of poor management.

Relations became further frayed this summer following the discovery of disturbed human remains in East End that officials from the Department of Historic Resources think may have been used in medical studies and reburied in an unmarked grave. The foundation is tentatively planning to relocate them, pending discussion and meetings with descendants and the community.

After the COVID-19 pandemic temporarily suspended volunteer activities at the cemeteries last spring, the foundation returned to Friends of East End and other volunteer groups with a draft contract regarding volunteer work and ownership of genealogical research and documents.

Sydnor said the volunteer agreements are necessary to protect the foundation and the interests of descendant families, but Palmer, who also has relatives buried at East End, said he and others felt it would strip their rights.

The Friends of East End hired a lawyer and negotiated with the foundation for months over the volunteer agreement.

Palmer said they stepped away because they did not believe Enrichmond would negotiate in good faith.

“It’s untenable for a conscious grassroots entity whose priority is preservation of historic African American burial grounds,” he said.

The Friends of East End statement said the group will continue working at other African American cemeteries that have suffered from neglect, but Palmer said he intends to keep an eye on Enrichmond’s activities at East End.

A Chesterfield County man has been sentenced to 15 years in prison after he was caught with more than 2 pounds of heroin, nearly 2 pounds of c…

The monthslong debate on whether to send students back into Chesterfield County Public Schools’ buildings started a new chapter this week, wit…

During the investigation that included a positive K-9 alert on the target vehicle, officers seized approximately 41 pounds of methamphetamine with an estimated street value of roughly $1.8 million.

Refusing to teach in-person, a Falling Creek Middle teacher's job was in limbo for weeks. Now back virtually, she wants to create a safe space for teachers

Falling Creek Middle School teacher Emma Clark refused to teach in person when called back to the classroom. For weeks her job was in limbo an…

Brian Palmer is an award-winning Richmond-based photojournalist with international credentials and a history of covering civil unrest. He has been covering the protests in Richmond, sparked by the death of George Floyd in Minneosta.

Sydnor is the executive director of the Enrichmond Foundation, a nonprofit group that is the current steward of the East End and Evergreen cemeteries.