Subscribe
Read Today's E-Edition
Share This
20 years. That’s the difference in life expectancy between a person who lives their entire life in Richmond’s West End versus some of the city’s toughest neighborhoods
0 Comments
Share this
1 of 2 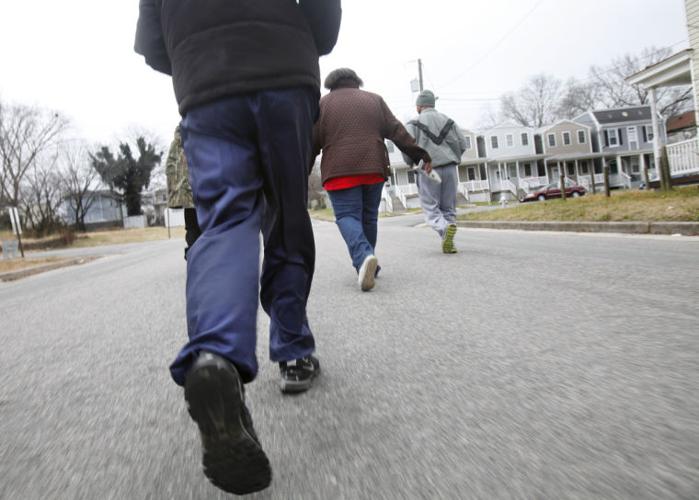 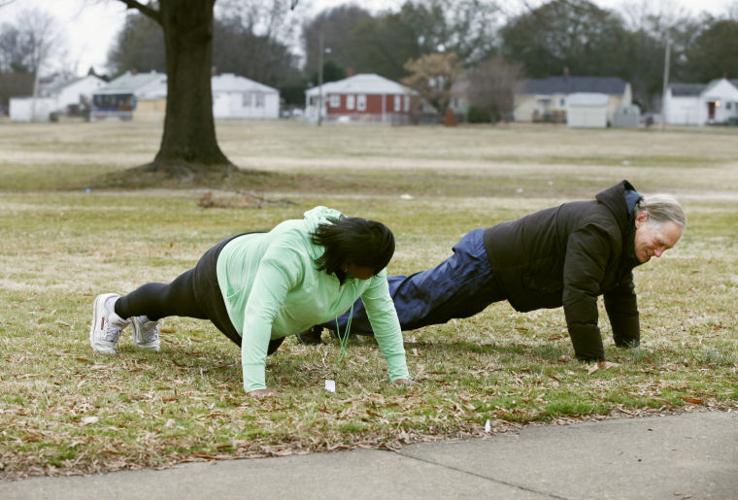 Communities in the region differ vastly in the resources available for residents to pursue good health, and the result is a 12-year or more gap in average life expectancy in neighborhoods just miles apart.

For instance, there is as much as a 20-year difference for a person who is born and lives their entire life in some neighborhoods in the East End, where grocery stores are hard to find, compared with the West End, where average life expectancy reaches 83 years in an area where the median household income is close to $200,000.

Life expectancy is based on expected years of life at birth.

“These are striking statistics that reinforce the significance of health inequities and the need to address them by focusing on the social determinants of health and place-based strategies,” said Michael Royster, former director of the Virginia Department of Health’s Office of Minority Health and Health Equity. He started a new job in January with the nonprofit Institute for Public Health Innovation.

The Office of Minority Health’s 2012 report on health equity describes the life expectancy differences but also incorporates a measure that tries to explain the socioeconomic factors that give rise to the differences.

The measure is called a Health Opportunity Index.

“The Health Opportunity Index was a tool that we developed to help public health folks, medical folks, policymakers and others to get a better idea of the broad range of factors that influence health outcomes at the neighborhood level,” said Royster, in an interview while he was still at the state Health Department.

“We took a set of 10 of those types of factors that are called social determinants of health and used (geographic information systems) to map them and to identify areas that we would call high opportunity based on having very beneficial characteristics.”

The 10 indicators include factors such as housing, transportation, job participation, educational attainment and racial and economic diversity.

“The mapping … shows clusters of neighborhoods and how they fall out in their level of opportunity within those communities,” Royster said.

Richmond, for instance, is a place of vast health opportunity and life-zapping distress.

Chesterfield County also has high- and low-opportunity neighborhoods, as do Henrico and Hanover counties, but the range of difference is not as stark as in Richmond.

In Richmond, there is a ten-fold difference in the opportunity index of census tracts with the most opportunity and the one with the least, according to the measure.

“One of the challenges of underserved or vulnerable neighborhoods really is access in every meaning of that word, whether it’s access to health care, access to good education, access to good jobs, access to healthy food,” said Dougal Hewitt, former senior vice president for mission at Bon Secours Virginia Health System. He recently left to take a similar position in Chicago.

“Access is key to so much of it … and that can very much depend on where you live or what resources are available.”

On a recent crisp morning, a small group of walkers, the Cap City Steppers, moved briskly through the streets of a neighborhood in the East End of Richmond, trying to do 2 miles in 30 minutes. The walkers included Patricia Callaham , who lives in the East End, and Dominic Evans and Marian DeVeaux, who don’t.

The Cap City Steppers also have a more ambitious goal — to add more years to the average life expectancy of residents in the East End. There are daily opportunities for group exercise — neighborhood walks or Zumba classes

“Absolutely where you live affects your health,” said Evans, 36, who lives in Sandston. He was medically retired from the military because of a heart problem and so returned to college. He volunteers with the walkers and other initiatives during his free time.

“It’s a good thing they do have a … nurse practitioner in there,” he said, gesturing to the Fairfield Court Resource Center, which has been open since November 2009. “I come from a hard life. But you make a difference and make a change. That’s what I did.

“Every day when I am driving in, I drive over Nine Mile (Road), where the cemetery is. Right across from the cemetery is the (housing) projects,” he said, suggesting a sort of morbid symbolism.

Numerous organizations, churches and individuals have come together under the umbrella of the 7th District Health and Wellness Initiative.

“They key is collaboration,” said Richmond 7th District Councilwoman Cynthia I. Newbille. “The need is so compelling.”

In his book “Richmond’s Unhealed History,” the Rev. Benjamin Campbell, pastoral director of Richmond Hill, a Christian retreat in Church Hill, takes a critical look at the people and policies involved in putting four large housing projects in the East End and in perpetuating the city’s stagnation.

“We can just stack up causality with regards to the health of people in the East End,” said Campbell, also a member of a city anti-poverty commission. “The level of distress is incredible. It’s not just physical. It’s emotional,” he said.

Mass redevelopment is being discussed as one way to break up the poverty, but it is controversial.

“When you come across the Martin Luther King Bridge, we come into a whole new reality,” Richmond Mayor Dwight C. Jones said at a meeting last fall on transforming public housing.

The projects were built in the 1950s and 1960s to provide housing to poor residents displaced by slum clearance and various construction projects, old news clippings show, including Interstate 95, the Carver Redevelopment Project, the Belvidere Street extension and expansion of the Medical College of Virginia campus.

By 1964, Richmond Redevelopment and Housing Authority had completed development of 3,000 units in six projects — the four in the East End, plus Gilpin Court in North Side and Hillside Court in South Side. Policies at the time segregated the races. Hillside Court initially was reserved for white families.

At a community meeting in Creighton Court last fall, residents were adamant that any plan for transforming public housing had to address relocating residents.

“I’m 50-50 at this point,” said Marilyn Olds, president of the Creighton Court Tenant Council, during one of those meetings.

“I want to see better living conditions,” Olds said. “I don’t like the children that we’re producing. I don’t like what I see on the streets, and I don’t want to see us keep caving to this generation after generation. But, and there’s always a but, I’m concerned about the transition. Who’s going to come back and who’s not. And I’m really concerned about those who won’t be coming back.”

Royster said such a sentiment is understandable.

“That’s their community and they identify with it just like anyone else identifies with where they may live. One of the positive things communities, even if they are under-resourced, still have are a lot of strong social connections for people,” Royster said.

“The other side to this is that there is research that when people do move to other communities where there are more opportunities, in the long run, that may be more beneficial to their health. There is that kind of tension there.”

The other means to address poorer health in some communities is to evaluate the policy decisions that organizations and governments make that “reinforce the existence of communities with limited opportunities.” Royster said. “Let’s bring opportunities to these communities so people don’t have to leave.

“One of the challenges is you end up with gentrification when that happens. How do you improve neighborhood conditions that allow people who have always been there to stay there?”

In his new role as director of programs for the Institute for Public Health Innovation, Royster, 42, is setting up a Richmond office of the nonprofit. The organization has the flexibility to try novel approaches to addressing the health-equity issue.

“I think everyone can support the notion that everyone should have the same opportunity to be healthy, but in reality that’s certainly not the case. ... These inequities in health ultimately affect everybody because they affect our health costs and other costs in our society that don’t really have to be at the level that they are.”

Tammie Smith wrote this story while participating in The California Endowment Health Journalism Fellowships, a program of USC’s Annenberg School of Journalism.

Where you live determines how long you live

Center at 1615 Glenfield Ave. is the fifth to open in Richmond's six large public-housing projects operated by Richmond Redevelopment and Housing Authority.

Where you live in Richmond won’t necessarily kill you, but it can give you an unwelcome head start toward the grave.

“Health Opportunities Across the Commonwealth”

Walking has proven a healthy way to get exercise and that's what residents, relatives and volunteers of Fairfield Court community do weekly as…