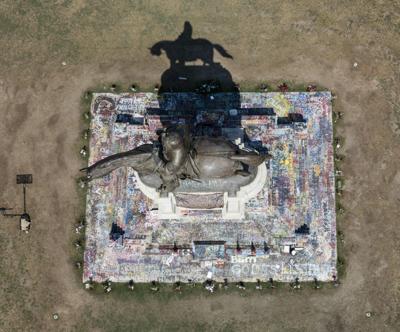 Hope, promise, resolutions and history to be made; 2020 started out like many other years.

The Democrats had taken over Virginia’s General Assembly, and a woman would become the House speaker for the first time in the state’s history. Anything that could go wrong was probably limited to the political fireworks.

“Pandemic” wasn’t exactly a new word, but it is one we haven’t had to grapple with in this country for 100 years. Few, including those of us at the newspaper, knew it would change everything about our way of life.

An economic shutdown, massive unemployment, no schools, no sports and a total disruption of what we accepted as the American way of life. Many couldn’t pay their rent, and food insecurity became a part of our conversations. And the newspaper was not immune. We dealt with our own personal and professional hurdles while trying to understand and explain exactly what was taking place in our community and why.

Suddenly, the deaths of George Floyd, Ahmaud Arbery and Breonna Taylor changed everything. Civil and social unrest, and protests organized by Black Lives Matter, became a daily reminder of how unbalanced our society had become. Richmond took to the streets like the rest of the country. Richmond’s Confederate icons began to disappear amid a movement to correct all that was wrong in our society.

And then there was presidential politics that brought many of the Democratic candidates to Richmond, and the president to other stops in the state.

Through it all, we sought to keep you informed while recording history in the making. Whether you took the printed newspaper or consumed your information online, the Richmond Times-Dispatch was there when it mattered. When protests stretched until 3 a.m. you still got the latest news and photos on our website. When deaths rose at area nursing homes, you got all the details, along with every briefing from the governor and the mayor.

We were gassed, harassed and sometimes threatened. The challenge as photographers is you have to be there, despite the hazards and the inconvenient time. And we were.

2020 in photos: A challenging, heartbreaking year