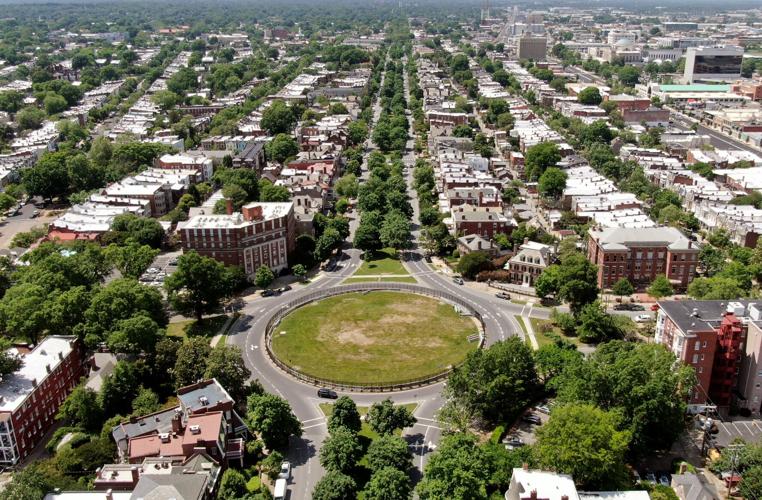 Above, a photo taken by drone shows Monument Avenue without the massive Robert E. Lee monument. After its removal, the statue was conveyed to the Black History Museum & Cultural Center of Virginia. 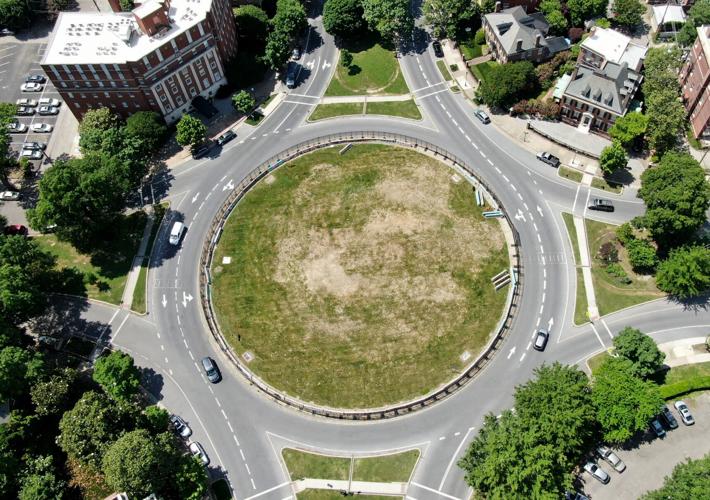 Aerial view of Monument Avenue without the Robert E. Lee statue which stood for over 130 years. Photo taken on Tuesday, May 17, 2022. 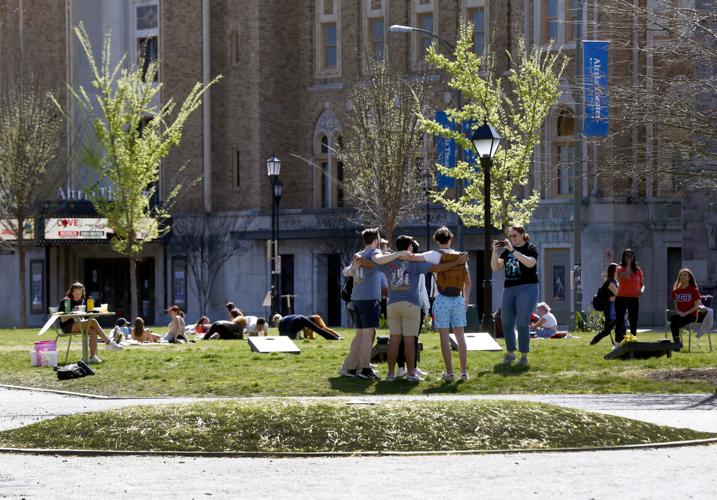 ABOVE, in March, VCU students and others gathered near the site where the statue of Confederate Gen. Williams Carter Wickham stood at Monroe Park. Protesters pulled it down in 2020. 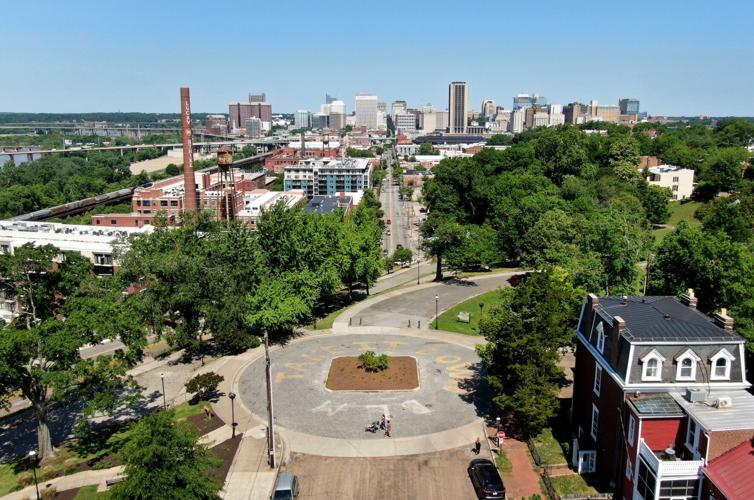 “BLM” and “Take It Down” written in paint surround the site where the Confederate Soldiers and Sailors Memorial statue formerly stood at Libby Hill Park in Richmond. 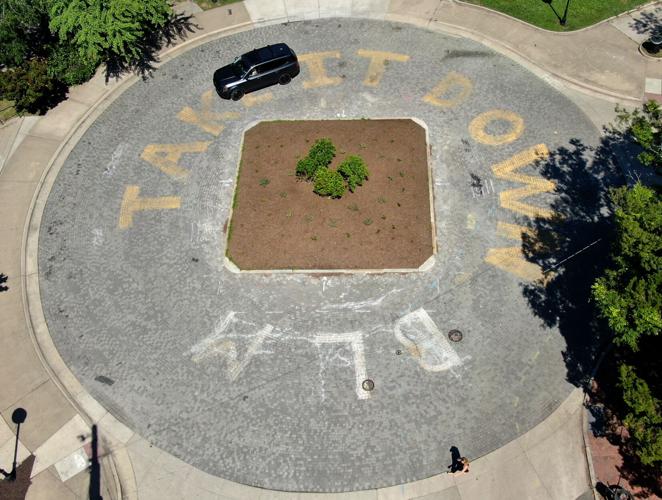 An aerial photo shows the site where The Confederate Soldiers and Sailors Memorial statue was removed, at Libby Hill Park in Richmond, Va., on Tuesday, May 17, 2022. 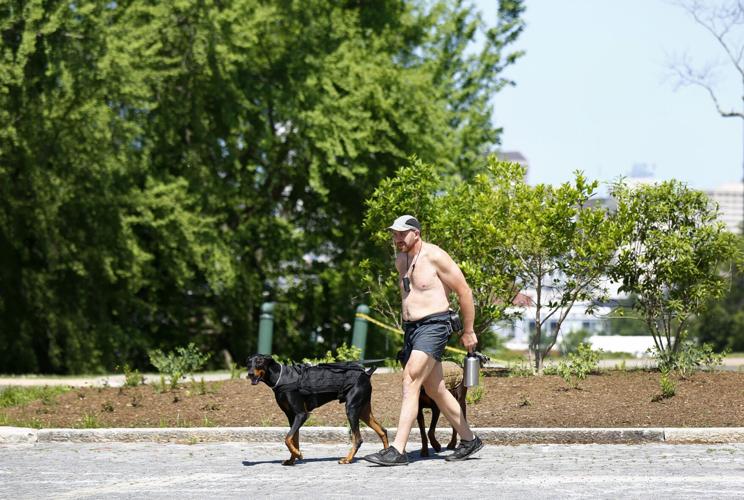 Brent Loverde of Richmond walks with his dogs, Ruger and Ruby, near the site where The Confederate Soldiers and Sailors Memorial statue once stood at Libby Hill Park in Richmond, Va., on Tuesday, May 17, 2022. 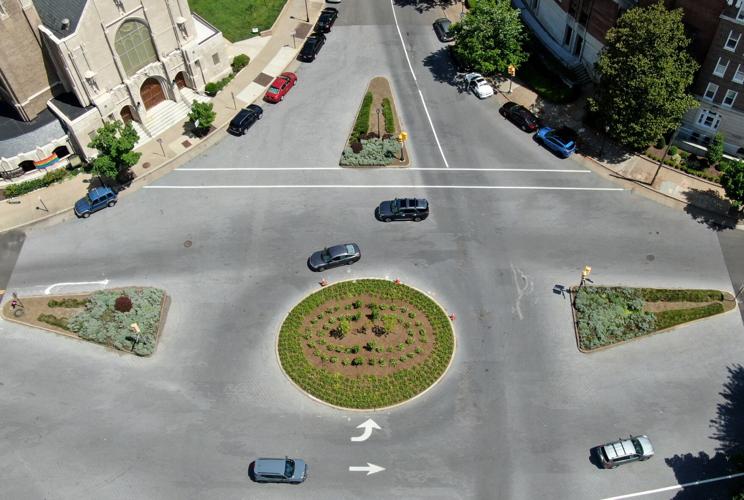 With the statue of Confederate army Gen. J.E.B. Stuart now gone, the place on Monument Avenue where it stood for over 100 years is now filled with trees and shrubs. 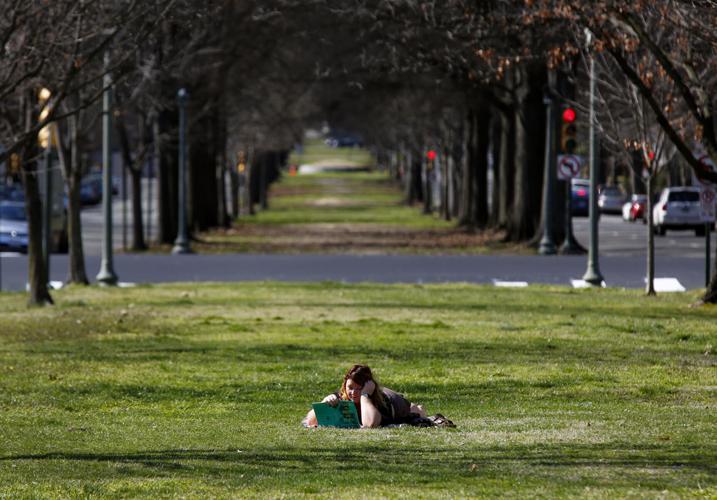 Nice spring weather in March lured Richmonder Meggie Starr outside to read a book near where the Stonewall Jackson statue used to be on Monument Avenue, a tree-lined residential boulevard.

Last year at this time, the Robert E. Lee monument still stood on the Richmond thoroughfare, awaiting the Virginia Supreme Court decision that finally would allow it to be removed.

Over a year earlier, after days of protests sparked by George Floyd’s death at the hands of police in Minneapolis, Richmond Mayor Levar Stoney ordered the removal of the Confederate monuments, starting with Stonewall Jackson on July 1, 2020. The rest of the Confederate statues soon followed.

It remains unclear how Monument Avenue might look in the future. The city now has control over what will happen to the roadway. But any changes could take several years, as “the city is going to take the time that is necessary to come up with a thoughtful and deliberate plan for equitably reimagining” Monument Avenue, a spokesperson for Stoney said.

Today, we take a look through photographs at a unique moment in time in Richmond’s history after the monuments.