Anthem, UnitedHealthcare, other major insurers are running billions behind in payments to hospitals, doctors
0 Comments
Share this
1 of 2 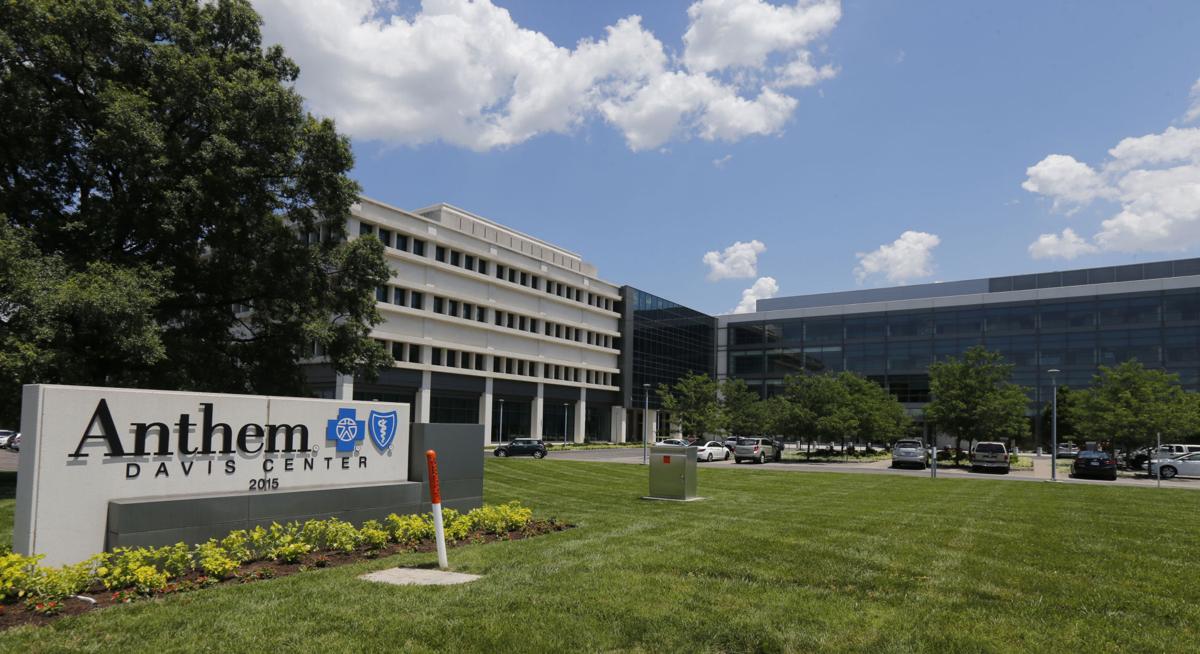 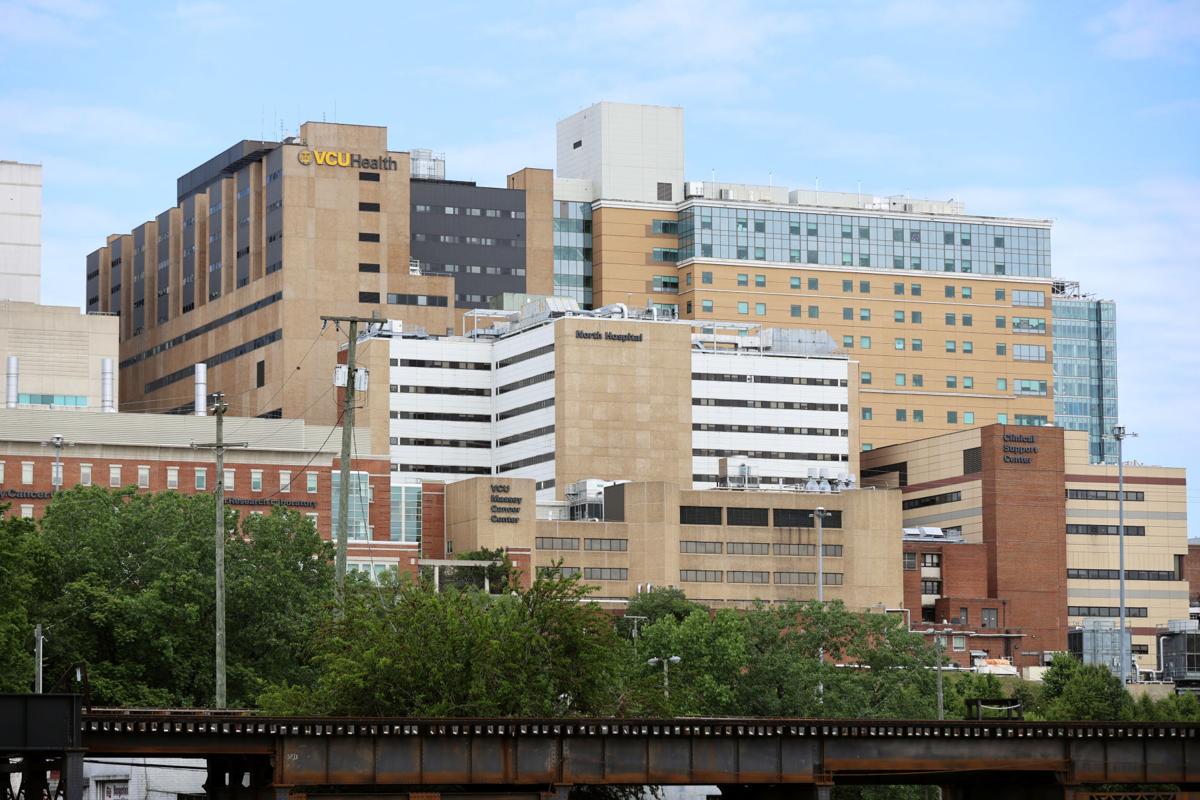 Anthem Blue Cross, the country’s second-biggest health insurance company, is behind on billions of dollars in payments owed to hospitals and doctors because of onerous new reimbursement rules, computer problems and mishandled claims, say hospital officials in Virginia and other states.

Anthem, like other big insurers, is using the COVID-19 crisis as cover to institute “egregious” policies that harm patients and pinch hospital finances, said Molly Smith, group vice president at the American Hospital Association. “There’s this sense of ‘Everyone’s distracted. We can get this through,’” she said.

Hospitals are also dealing with a spike in retroactive claims denials by UnitedHealthcare, the biggest health insurer, for emergency department care, AHA says.

Disputes between insurers and hospitals are nothing new. But this fight sticks more patients in the middle, worried they’ll have to pay unresolved claims. Hospitals say it is hurting their finances as many cope with COVID surges — even after the industry has received tens of billions of dollars in emergency assistance from the federal government.

“We recognize there have been some challenges” to prompt payments caused by claims-processing changes and “a new set of dynamics” amid the pandemic, Anthem spokesperson Colin Manning said in an email. “We apologize for any delays or inconvenience this may have caused.”

Virginia law requires insurers to pay claims within 40 days. In a Sept. 24 letter to state insurance regulators, VCU Health said Anthem owes it $385 million. More than 40% of the claims are more than 90 days old, VCU said.

For all Virginia hospitals, Anthem’s late, unpaid claims amount to “hundreds of millions of dollars,” the Virginia Hospital and Healthcare Association said in a June 23 letter to state regulators.

Nationwide, the payment delays “are creating an untenable situation,” the AHA said in a Sept. 9 letter to Anthem CEO Gail Boudreaux. “Patients are facing greater hurdles to accessing care; clinicians are burning out on unnecessary administrative tasks; and the system is straining to finance the personnel and supplies” needed to fight COVID.

Substantial payment delays can be seen on Anthem’s books. On June 30, 2019, before the pandemic, 43% of the insurer’s medical bills for that quarter were unpaid, according to regulatory filings. Two years later that figure had risen to 53% — a difference of $2.5 billion.

Alexis Thurber, who lives near Seattle, was insured by Anthem when she got an $18,192 hospital bill in May for radiation therapy that doctors said was essential to treat her breast cancer.

Anthem said the treatments were “experimental” and “not medically necessary,” according to Thurber. She spent much of the summer trying to get the insurer to pay up — placing two dozen phone calls, spending hours on hold, sending multiple emails and enduring unmeasurable stress and worry. It finally covered the claim months later.

“It’s so egregious. It’s a game they’re playing,” said Thurber, 51, whose cancer was diagnosed in November. “Trying to get true help was impossible.”

When insurers fail to promptly pay medical bills, patients are left in the lurch. They might first get a notice saying payment is pending or denied. A hospital might bill them for treatment they thought would be covered. Hospitals and doctors often sue patients whose insurance didn’t pay up.

Hospitals point to a variety of Anthem practices contributing to payment delays or denials, including new layers of document requirements, prior-authorization hurdles for routine procedures and requirements that doctors themselves — not support staffers — speak to insurance gatekeepers. “This requires providers to literally leave the patient[’s] bedside to get on the phone with Anthem,” AHA said in its letter.

Anthem often hinders coverage for outpatient surgery, specialty pharmacy and other services in health systems listed as in-network, amounting to a “bait and switch” on Anthem members, AHA officials said.

“Demanding that patients be treated outside of the hospital setting, against the advice of the patient’s in-network treating physician, appears to be motivated by a desire to drive up Empire’s profits,” the Greater New York Hospital Association wrote in an April letter to Empire Blue Cross, which is owned by Anthem.

Anthem officials pushed back in a recent letter to AHA, saying the insurer’s changing rules are intended partly to control excessive prices charged by hospitals for specialty drugs and nonemergency surgeries, screenings and diagnostic procedures.

Claims have gotten lost in Anthem’s computers, and in some cases VCU Health has had to print medical records and mail them to get paid, VCU said in its letter. The cash slowdown imposes “an unmanageable disruption that threatens to undermine our financial footing,” VCU said.

Anthem, the largest health insurer in Virginia, runs Blue Cross Blue Shield coverage and provides insurance products to a host of consumers and companies, ranging from large and small employers to Medicaid managed care. The company’s regional headquarters is on Staples Mill Road in Henrico County.

United denied $31,557 in claims for Emily Long’s care after she was struck in June by a motorcycle in New York City. She needed surgery to repair a fractured cheekbone. United said there was a lack of documentation for “medical necessity” — an “incredibly aggravating” response on top of the distress of the accident, Long said.

The Brooklyn hospital that treated Long was “paid appropriately under her plan and within the required time frame,” said United spokesperson Maria Gordon Shydlo. “The facility has the right to appeal the decision.”

United’s unpaid claims came to 54% as of June 30, about the same level as two years previously.

When Erin Conlisk initially had trouble gaining approval for a piece of medical equipment for her elderly father this summer, United employees told her the insurer’s entire prior-authorization database had gone down for weeks, said Conlisk, who lives in California.

“There was a brief issue with our prior-authorization process in mid-July, which was resolved quickly,” Gordon Shydlo said.

When asked by Wall Street analysts about the payment backups, Anthem executives said it partly reflects their decision to increase financial reserves amid the health crisis.

“Really a ton of uncertainty associated with this environment,” said John Gallina, the company’s chief financial officer, on a conference call in July. “We’ve tried to be extremely prudent and conservative in our approach.”

During the pandemic, hospitals have benefited from two extraordinary cash infusions. They and other medical providers have received more than $100 billion through the CARES Act of 2020 and the American Rescue Plan of 2021. Last year United, Anthem and other insurers accelerated billions in hospital reimbursements.

The federal payments enriched many of the biggest, wealthiest systems while poorer hospitals serving low-income patients and rural areas struggled.

Those are the systems most hurt now by insurer payment delays, hospital officials said. Federal relief funds “have been a lifeline, but they don’t make people whole in terms of the losses from increased expenses and lost revenue as a result of the COVID experience,” Pollack said.

Several health systems declined to comment about claims-payment delays or didn’t respond to a reporter’s queries. Among individual hospitals “there is a deep fear of talking on the record about your largest business partner,” AHA’s Smith said.

Thurber worried she might have to pay her $18,192 radiation bill herself, and she’s not confident her Anthem policy will do a better job next time of covering the cost of her care.

“It makes me not want to go to the doctor anymore,” she said. “I’m scared to get another mammogram because you can’t rely on it.”

KHN (Kaiser Health News) is a national newsroom that produces in-depth journalism about health issues. Together with Policy Analysis and Polling, KHN is one of the three major operating programs at KFF (Kaiser Family Foundation). KFF is an endowed nonprofit organization providing information on health issues to the nation.