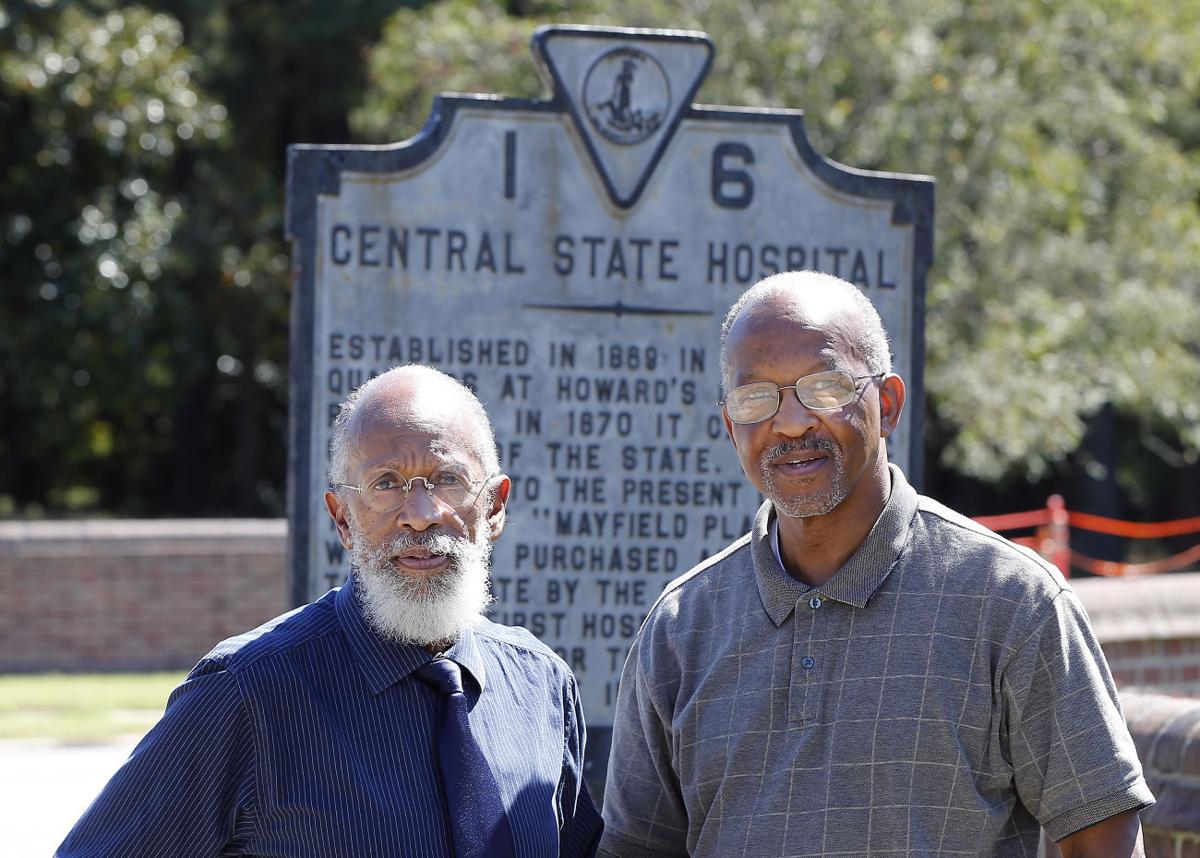 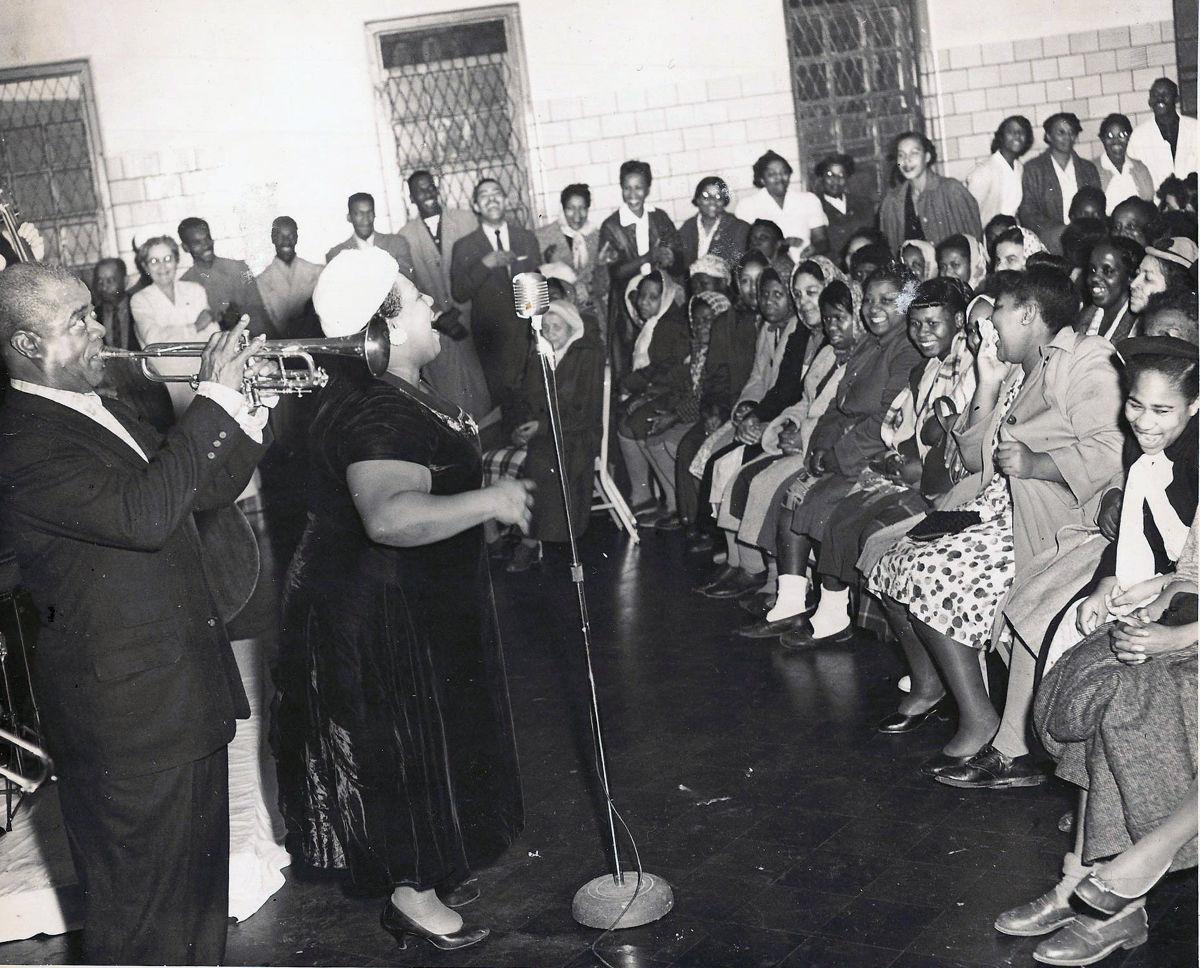 Mental illness knows no racial or ethnic boundaries, but, in post-Civil War Virginia, doctors frequently talked about what they saw as an alarming increase in insanity among blacks.

Blacks no longer living under the “strict but kind discipline” of slave owners who had provided them with an “out-door life in a pure, health-giving atmosphere” were unable to cope with the demands of freedom, Dr. William Drewry wrote in a 1903 newspaper column, espousing a belief held by other physicians since the war’s end.

To care for insane blacks, the state opened the Central Lunatic Asylum for the Colored Insane, which later became Central State Hospital.

Located initially in Henrico County and later relocated to a site near Petersburg, the hospital created in 1868 or 1870 is believed to be the first psychiatric hospital in the U.S. opened solely for blacks.

In a project that eventually may open Central State’s vast store of medical and administrative files to researchers and genealogists worldwide, University of Texas at Austin professor King Davis has led a project that has digitized more than 100 years of the hospital’s records.

They kept almost “every scrap of paper,” Davis said of the hospital’s record keepers, speaking recently about the project, which has been underway since 2009.

“Every newspaper article. Every report. When I came here with my archive students from Texas, there were 800,000 documents scattered everywhere. All over the hospital, in the medical records library, in boxes, in file cabinets,” Davis said.

“They cover every aspect of this hospital, from when it started, why it started, with the Freedmen’s Bureau, why it moved from Henrico County to Mayfield farm in Petersburg, the role of (the) legislature, the role of the black legislators.”

Davis, semiretired and a professor emeritus at the University of Texas, divides his time between Austin and a home in Beaverdam in Hanover County.

He served as Virginia’s commissioner of the Department of Mental Health, Mental Retardation and Substance Abuse Services during the administration of Gov. L. Douglas Wilder in the early 1990s and first learned of the records years ago.

Though some records from Central State had been transferred to the Library of Virginia for archiving over the years, as were records from other state mental hospitals, many of Central State’s records remain at the hospital. The records were deteriorating from exposure to heat, cold and moisture, and they were in danger of being destroyed, Davis said.

“There was some confusion over whether or not the records were going to be saved, destroyed (or) archived. There was just a lot of unclarity,” he said.

Talks were initiated between the Library of Virginia and state mental health agency officials.

“We worked out an absolutely wonderful agreement. That agreement was everyone would cooperate to make the project work. The project was designed to save those records,” Davis said.

The digitization was funded by grants, including $75,000 from the National Association of State Mental Health Program Directors and $50,000 from the University of Texas. A Maryland firm was hired to digitize the records; that work took several years.

“As you go through the records, it becomes really very clear how important they are,” said Davis, who has reviewed the first 5,000 admissions to the hospital.

“The records of that kind tell you almost everything about the individual — their name, then you can track, if you needed to, whether or not the person came back five years later or 10 years later,” Davis said.

“So we can look at the return rate to Central of the same individuals. We can also identify whether other family members came to that hospital, and without disclosing who the people were, we can talk about maybe how effective the care and the treatment was.”

None of them has the quality of historical records that Central State has, he said.

“Central has the best mental health records in the world,” Davis said. “I think they are a historical treasure.”

Samples of the records and newspaper accounts offer a glimpse of mental health care from eras ago.

An article in the Richmond Times-Dispatch in 1905 recounts how a well-regarded doctor visiting Central State operated on five women and two men to “cure them of insanity.” Not much else was written about the unnamed patients other than to report a few days later that they were doing well.

The electronic records, for now, are off-limits to the public because of concerns about patient privacy. Davis said the digitization project does not include any records created after 1940, since Virginia law keeps medical records secret for 75 years.

Still, they are being cautious and deliberate about access.

In this next phase of the archiving project, Davis and collaborators are focusing on how to make those documents accessible to the public. That work is being funded with a $763,000 grant from the Andrew W. Mellon Foundation. The award covers three years.

“These records as well as other records of psychiatric patients raise a question of who should have access to look at the records,” Davis said.

“What about family members? Do all family members have access to the records or just the first of kin? What about researchers? What’s the level of privacy that those records ought to obtain? That’s what the second part of the project is about.”

“Anytime you can have that sort of ready access to a body of data, it’s an incredible convenience,” said John Metz, a historian and deputy of collections and programs at the Library of Virginia.

“Some are on microfilm. Some are in a box,” Metz said. “That’s just the nature of the beast with us. Our archival collections number over 121 million items. There is only so much that we can digitize.”

Davis said patients were committed to the mental hospital for reasons other than mental illness. Talking back to a white person, for instance, might get you committed.

The records include the notes of Dr. Drewry, a director of Central State Hospital in its early years.

Despite what he thought about his patients, Drewry lobbied for better facilities and services at Central State, which he maintained were of less quality than those at state mental hospitals that cared for the white insane.

“This is an opportunity to say, ‘Hey, since this is such a unique collection, let’s do some things to grab it,’” said Dr. Ronald Forbes, a former medical director of Central State Hospital who serves on an advisory panel overseeing the archiving project.

Forbes said that, during his tenure as medical director, he would get calls from people whose genealogical searches traced a relative to Central State — as a patient and sometimes as an employee or student. Central State once had a nursing school, Forbes said.

“While there were a few (black) patients elsewhere, this place was started and funded by the state and has been consistently treating psychiatrically ill African-Americans ever since,” Forbes said.

“I really believe that this is a unique situation, and the fact that there are handwritten records from the 1860s and 1870s and consistently since then ... that’s amazing,” he said.

What: More than 800,000 records from Central State Hospital have been digitized.

Why: To preserve records of what is believed to be the first mental hospital for blacks.

Who: King Davis, a professor emeritus and research professor at the University of Texas at Austin and a former Virginia mental health commissioner, and a team of people, including other archivists and information-technology specialists.

Funding: Initial funding included $75,000 from the National Association of State Mental Health Program Directors and $50,000 from the University of Texas at Austin; in March the project was awarded a $763,000 grant from The Andrew W. Mellon Foundation.