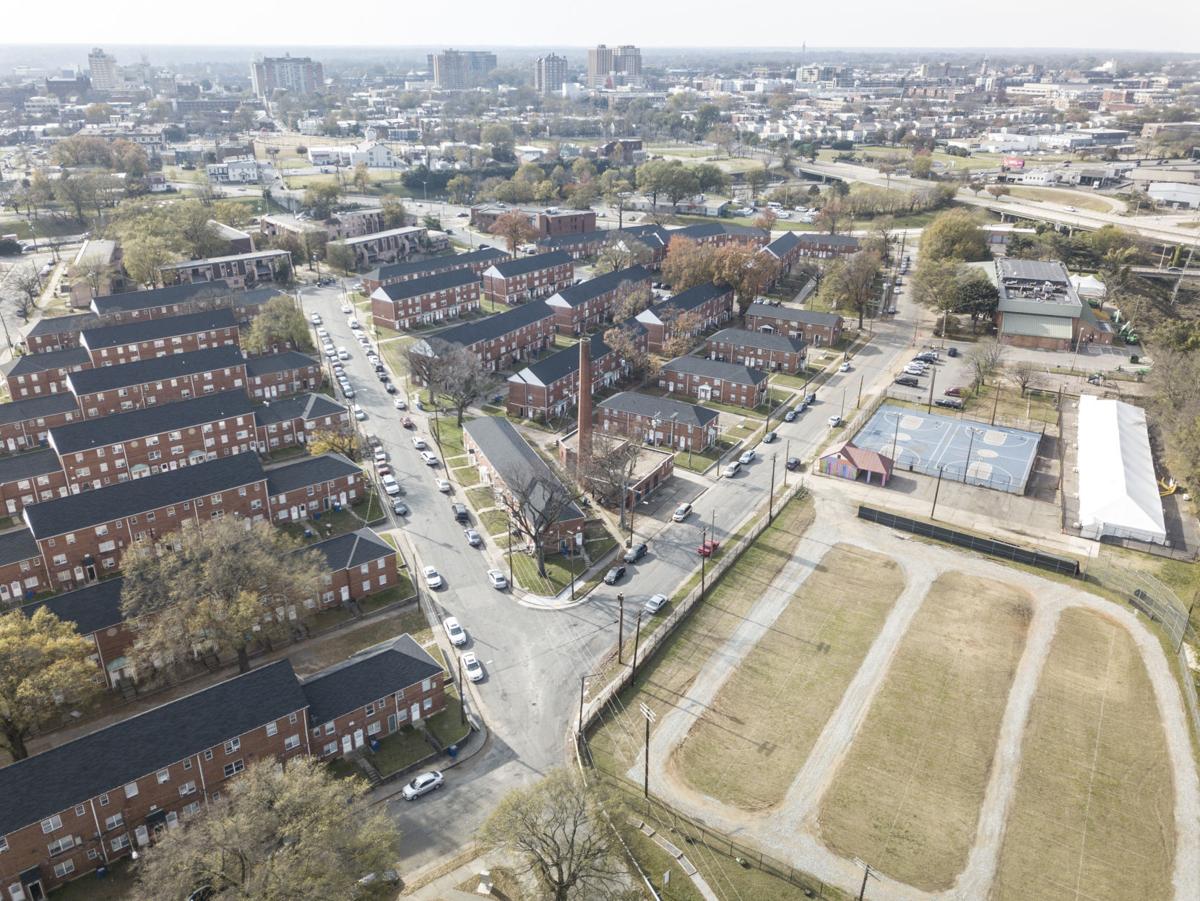 Aerial photos of Gilpin Court and surrounding area in Richmond. Calhoun Family Investment Center is show on the right. The photo is taken by a drone on Sunday, Nov. 22, 2020. 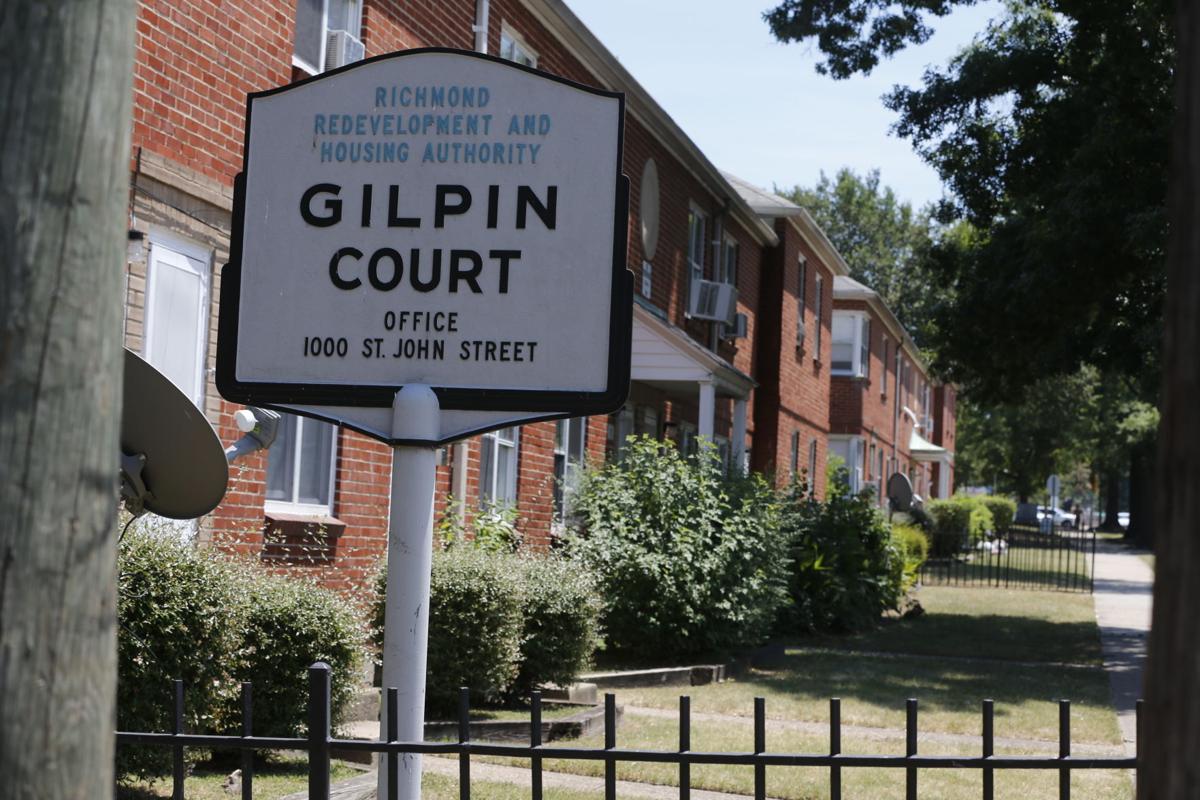 The city of Richmond is seeking ownership of the Calhoun Center in Gilpin Court.

But there’s a catch.

Stoney proposed using $8 million of the city’s American Rescue Plan dollars for COVID-19 recovery to fix up the Calhoun Center in Gilpin Court. To facilitate that, however, the city wants the Richmond Redevelopment and Housing Authority to transfer ownership of the center to the city, a spokeswoman said Tuesday.

“This is a unique opportunity that allows the city to make a much larger investment than RRHA can afford,” Sam Schwartzkopf, the city spokeswoman, said in an email. “As negotiations are finalized and the requisite approvals are given, the city hopes to own and will maintain the center going forward.”

For Gilpin residents, the Calhoun Center was a hub for recreation in a neighborhood where there are few other options. In recent years, the center has fallen into disrepair. Last year, a lack of hot water and a faulty HVAC system led RRHA to limit the public’s access to the building during the COVID-19 pandemic.

The center’s indoor pool has sat empty since 2013, a long-running source of frustration for some residents. Over the last several months, some members of RRHA’s Board of Commissioners have pushed RRHA’s staff to find a way to repair and reopen the building and pool at the earliest opportunity.

One such option presented to the board last month was transferring ownership of the facility, though a recipient was not named at the time.

Schwartzkopf said in an email that the Stoney administration and RRHA leadership had “agreed in principle” to transfer ownership of the building, but a final agreement would need approval from the housing authority’s governing board, the Richmond City Council and the U.S. Department of Housing and Urban Development.

Neil Kessler, acting chair of the housing authority’s Board of Commissioners, said in an interview that discussions about the future of the center were still in the early stages.

“I’m in support of doing what is necessary to bring Calhoun up to standards,” Kessler said.

It’s unclear whether the $8 million Stoney proposed would cover the cost for a complete renovation of the building or how long those renovations would take.

Last month, a consultant told the board it would cost $1.9 million to refurbish and reopen the pool. Those repairs would take at least 11 months to complete after choosing a contractor, the consultant said.

The City Council on Monday approved a preliminary site plan for the mixed-income community that is planned for the property. As many as 700 units of new housing are planned over the next decade.

Fountain, the housing authority’s spokeswoman, said the federal dollars would pay for new streets, alleys, sidewalks, curbs, utilities, lighting, trees and other work that is a precursor for vertical construction. Engineering work will begin immediately, she said, and other work could begin next summer, following relocation of families and demolition of the first 192 units of the 504-unit complex.

Stoney also proposed $5.5 million to cover infrastructure costs for a separate RRHA-led redevelopment in North Richmond. The project, dubbed Highland Grove, is tied to the demolition of the former Dove Court public housing community more than a decade ago. It would bring 122 new homes to the area.

The City Council is scheduled to weigh Stoney’s proposal for the city’s American Rescue Plan money when it meets next month.

More Virginia children are hospitalized for COVID now than ever before

The pandemic's silver lining, that children were spared from severe illness, no longer appears to be true.

Aerial photos of Gilpin Court and surrounding area in Richmond. Calhoun Family Investment Center is show on the right. The photo is taken by a drone on Sunday, Nov. 22, 2020.

The city of Richmond is seeking ownership of the Calhoun Center in Gilpin Court.