Arts Dean Joe Seipel, in a safety vest and hard hat, climbed onto a backhoe Tuesday and took a chunk of pavement out of the parking lot at the corner of Broad and Belvidere streets.

With that, Virginia Commonwealth University’s Institute for Contemporary Art went from being an idea under discussion for nearly 15 years to a construction zone that will transform one of Richmond’s busiest intersections.

“It’s like a birth,” said the ICA’s architect, Steven Holl, who was among about 350 donors, arts patrons and local officials who gathered under a tent for the symbolic start to the project.

The New York-based Holl said he never misses “the first moment of construction” and will be back in 18 months for the completion of the 43,000-square-foot institute — a $35 million non-collecting museum that will showcase changing exhibitions of experimental art and performance programs.

The privately financed project has raised $31 million so far “and more magic has happened under the tent,” said Lisa D. Freiman, the institute’s director.

She announced that a $100,000 gift from The Martin Agency and an anonymous $400,000 donation had been pledged during the event.

Because of a major gift from the Markel Corp. — the amount of which has not been disclosed — the building will be named the Markel Center.

Holl’s design means the building will be “a piece of art all on its own,” Steve Markel said before climbing a lift with other Markel officials to dump paint onto a stencil that was then peeled away to reveal the ICA logo.

VCU President Michael Rao acknowledged his predecessor, Eugene Trani, who attended the event, for “the beginning he brought to the re-energizing” of that section of Richmond.

Rao said the ICA will continue the revitalization and further link the academic and medical campuses.

“In so many ways this project begins to connect the two,” he said.

The ICA will be “a tremendous linchpin in the history of Richmond and the history of Broad Street, which continues for me to evoke vivid possibilities of vibrancy,” he said.

Designed by Holl as a gateway to both the city and the university, the center will have double entrances opening to the Monroe Park Campus and the intersection of Broad and Belvidere.

“It’s the bridge between the university and the city,” Holl said in an interview before the groundbreaking.

“How the public embraces it is going to be a magical thing,” said Holl, who won the American Institute of Architects’ Gold Medal award in 2012.

The center will be clad in pre-weathered, satin-finish zinc and clear- and translucent-glass walls, and will have a 250-seat auditorium, a sculpture garden, a café and a courtyard. It is described as an incubator for the presentation of visual art, theater, music, dance and film.

While the institute is to be constructed primarily with private money, the VCU board of visitors last month approved a $27 million loan that allowed Tuesday’s groundbreaking to proceed. The loan will be used as a revolving line of credit with repayments made as gifts and pledges are received.

Holl said he expects more donations will come in now.

“You have to break ground,” he said. “Then they know it’s really going to happen.”

Virginia Commonwealth University has appointed Lauren Ross as the inaugural curator for the Institute for Contemporary Art. 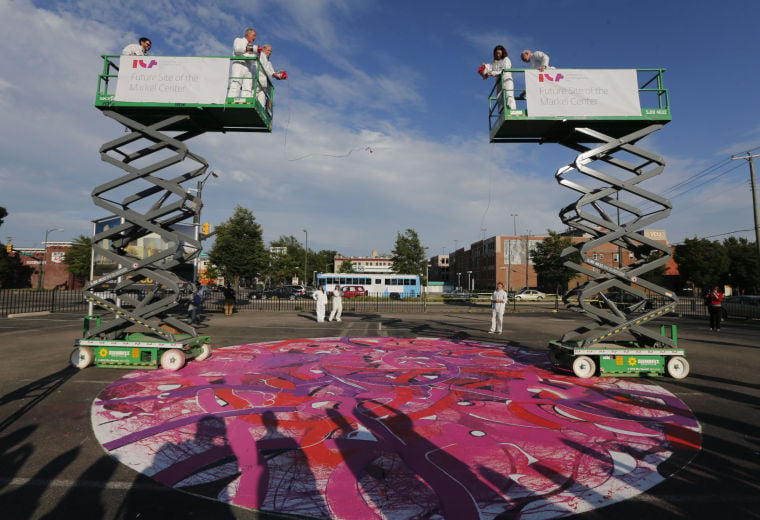 Dignitaries in scissor lifts dropped buckets of paint onto a tarp covering the logo of the new art center during groundbreaking ceremonies for VCU's Institute for Contemporary Art. 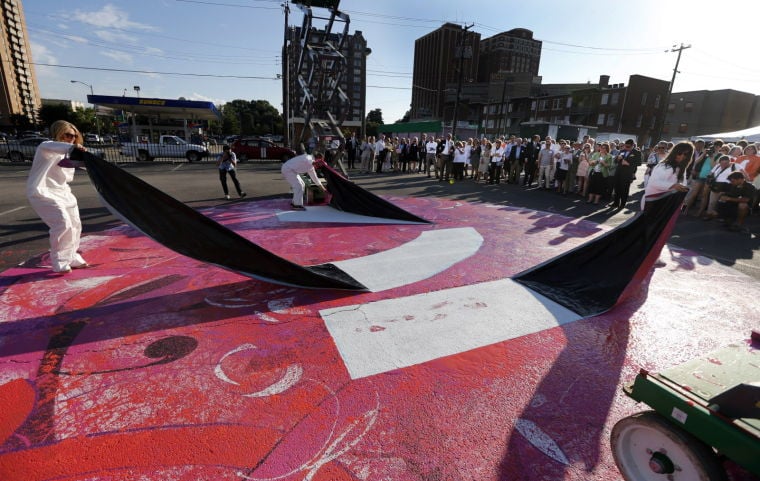 After a painting from above crews remove a tarp to reveal the art center's logo during ground breaking ceremonies for VCU's Institute for Contemporary Art. 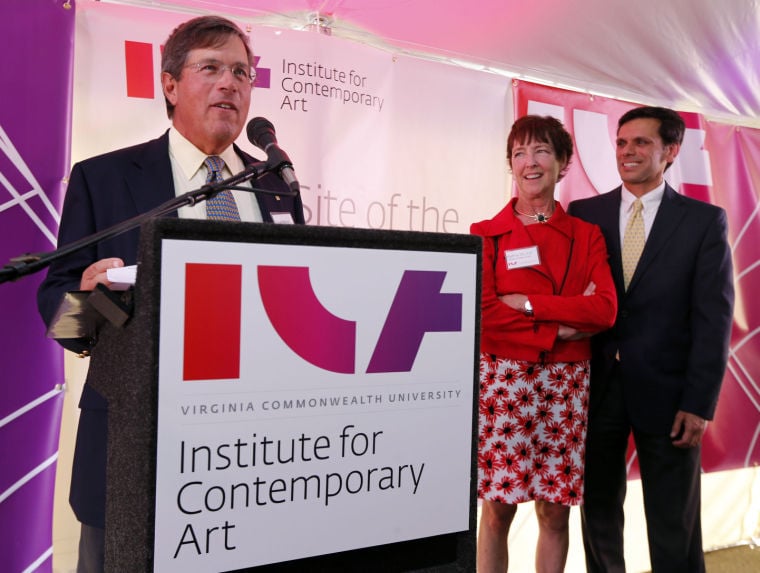 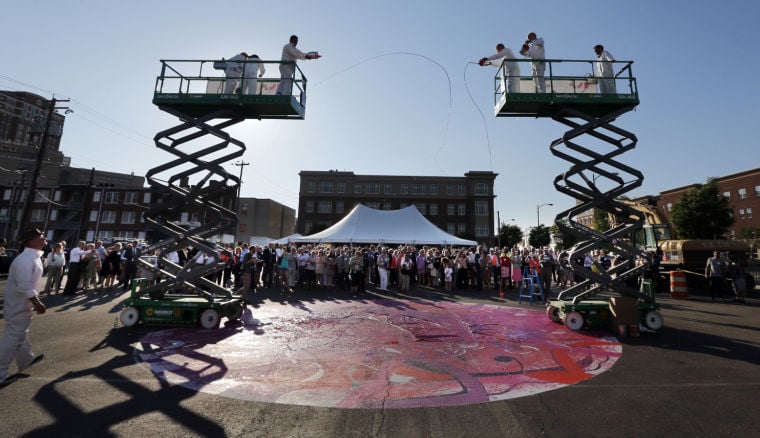 Dignitaries in scissor lifts drop buckets of paint onto a tarp covering the logo of the new art center during ground breaking ceremonies for VCU's Institute for Contemporary Art.