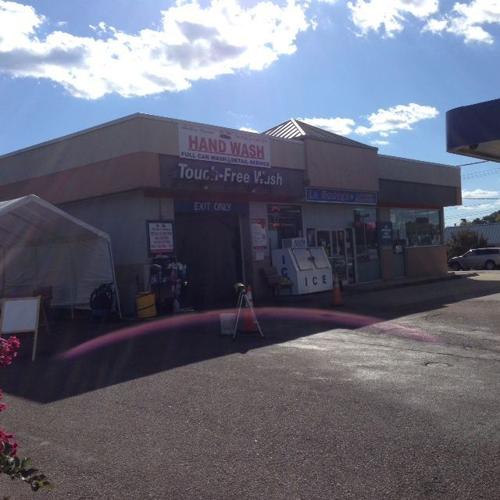 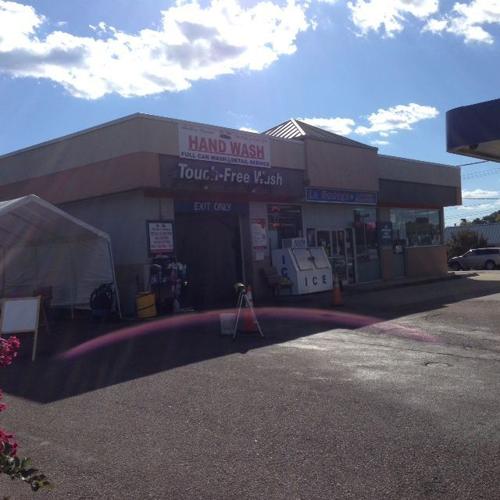 An off-duty Richmond police officer fatally shot a man Saturday during a confrontation at a Chesterfield County car wash.

According to the county police, the officer, whose name has not been released, was out of his personal car and waiting for car wash employees to begin their work when another man entered his car about 9:40 a.m. and drove it through the car wash.

The incident occurred at the Better Vision car wash, which shares a lot with the Sunoco gas station at Midlothian Turnpike and Turner Road. The manual car wash is a staffed operation in a permanent building. Customers can stay in their car for an exterior wash, but they get out if employees have to clean the inside.

A witness, who talked at the scene of the shooting but did not want his name used, said a car with at least three people pulled up in line behind the officer’s car and that one person, a man who appeared to be in his late teens or early 20s, got out and jumped into the officer’s car and began driving it into the building.

“He didn’t want to do it,” the witness said of the officer shooting the man. “He tried and tried to get him out.”

At one point, the officer asked a clerk at the gas station to call police, the witness said, but between that call and the arrival of officers, the man in the officer’s car moved suddenly as if reaching for a weapon, and the officer fired a shot.

The man was taken to Chippenham Hospital, where he died. His identity is being withheld pending notification of his family.

The witness said the officer was so shaken, he was in tears in the parking lot after the shooting.

Capt. Brad Badgerow of the Chesterfield Police Department said the witness’s description was “an accurate representation of what we heard on the scene.”

He said no decision has been made about charges and that the case is still under investigation.

“We’re doing our due diligence,” he said. “We’re hitting it with quite a lot of manpower.”

He said the results of the investigation would be given to the county’s commonwealth’s attorney and that any decision on charges would come from there.

The car wash and the Sunoco station remained open after the shooting, and there was no sign of the confrontation later in the day.

Teen fatally shot at carwash charged in armed robbery in 2014

Paterson Brown Jr., 18, who graduated from James River High this spring, was charged in a juvenile petition of robbing a student of a cellphon…

A young Chesterfield County man fatally shot by an off-duty Richmond police officer during a confrontation at a car wash Oct. 17 died of a gun…