Goochland wrestling earns win against King William, picks up 3 individual victories versus Benedictine in tri meet
0 comments
Share this
1 of 2 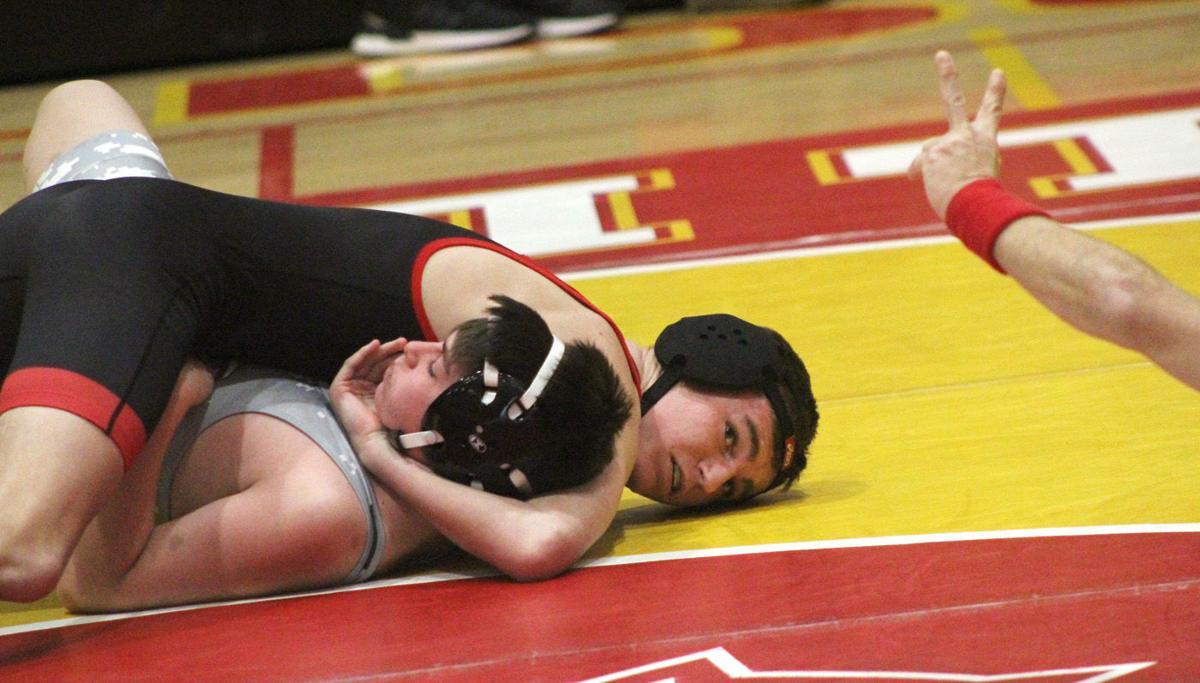 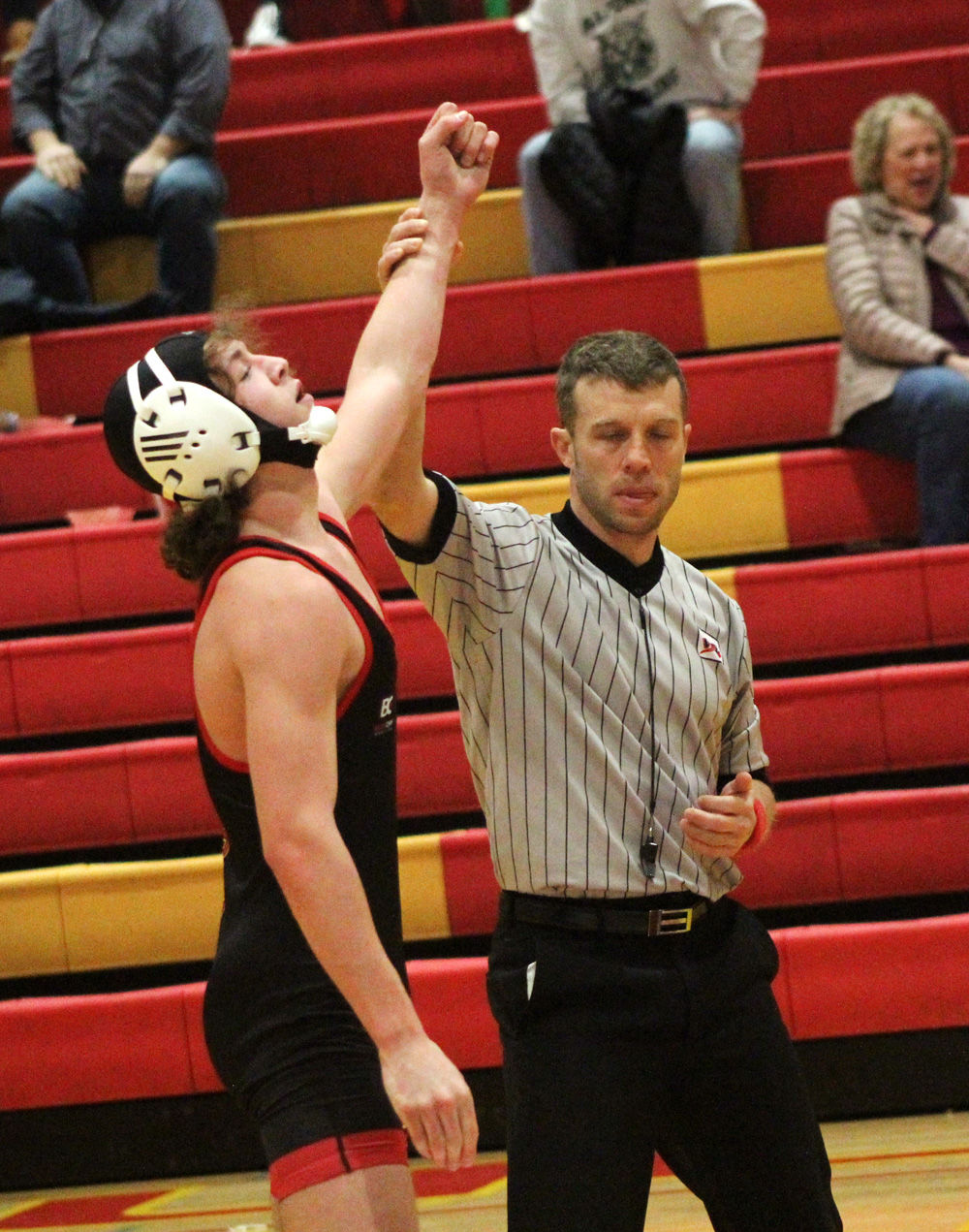 GOOCHLAND – Blake Smith had previously been wrestling up a weight class to 132, but when his Goochland High School teammate Grant Heidel sacrificed for the team and cut 3 pounds to get down to where Smith had been competing, that in turn allowed Smith to drop back down to his actual weight class of 126.

He pulled off the quickest pin of the night.

The very next match, Heidel – who earlier in the evening ran into a really tough competitor in King Wiliam’s Austin Weeks – had gone down 8-1 to his second and final opponent of the night, Benedictine’s Joseph Davidson.

And then Heidel pulled-off the literal reversal, and he happened to catch his opponent in a position where he could quickly go for the pin.

“He’s strong, and he’s got guts,” Goochland head coach Mike Nadder said of Heidel, a sophomore. “He saw the opportunity and just seized it.”

“He really needed that for his confidence,” Nadder said. “I was proud of how he responded.”

Alan Crandall at 138 struck-back with a 35-second pin for the Cadets, but Goochland freshman Riley Hite, wrestling in the 145 class, got his second win of the day on a 49-second pin of Hector Cibes to cap the Bulldogs' three hard-earned individual wins against Benedictine, who won the overall team dual against Goochland 53-24.

“I’m very proud of how we wrestled,” head coach Mike Nadder said, adding that, with a lot of the matches the Bulldogs have had this year, they would win the matches because they would have a lot of forfeits, but they’d lose the head-to-head matches.

“So we might win the match, but we might have only really won one actual match,” Nadder said. “Tonight I felt like we earned the win against King William and I really felt like we did not back down against Benedictine, one of the most powerful teams…they’ve got a lot of independent school state champs, and I was real proud.”

Jon Daly opened the dual by fending off King William opponent Sean McCray’s three takedowns and one escape with two reversals, a point off an illegal hold and a near-fall for a 8-7 lead; he then pinned McCray 37 seconds into the third period.

“I felt like Jon Daly wrestled a really good match his first match, then wrestled Ryan Tremain (from Benedictine) who’s a returning state champ,” Nadder said. “He was right in there with him, made one mistake – you can’t make a mistake against a kid like that (Tremain pinned him 26 seconds into the second period). But I was real happy with the way…we did not back down, and that’s just what you have to do. We’re not gonna get better unless we wrestle teams like that. Very happy with tonight.”

Before taking the loss by pin to Crandall, Goochland’s Reese Vincent at 138 opened his night on a powerful note, dominating his opening match against King William’s Gabe Shumate with takedowns, a near-fall and a reversal before earning the pin 57 seconds inside the second period.

Hite earned his first victory of the night by pinning King William's Trevor Black with 43 seconds remaining in the second period.

Goochland tomorrow night (Wednesday, Jan. 8) will wrestle in a 5 p.m. quad at Cumberland High School that, in addition to the Bulldogs and the hosting Dukes, will also feature Nottoway and Randolph-Henry. Nadder hopes to parlay tonight’s aggressiveness into a stronger showing than what they had previously when they last competed in a district quad.

Goochland the following week will compete against J.R. Tucker and hosting team Hermitage in a 6 p.m. tri on Wednesday, Jan. 15.

“We’re hitting our stride right on time; we’ve got everybody healthy and where we need to be,” Nadder said. “I’m happy with where we’re moving, and I feel like we’re moving in the right direction…”