New baseball, softball scoreboards added to Goochland's fields
0 comments
Share this
Only $5 for 5 months
1 of 2 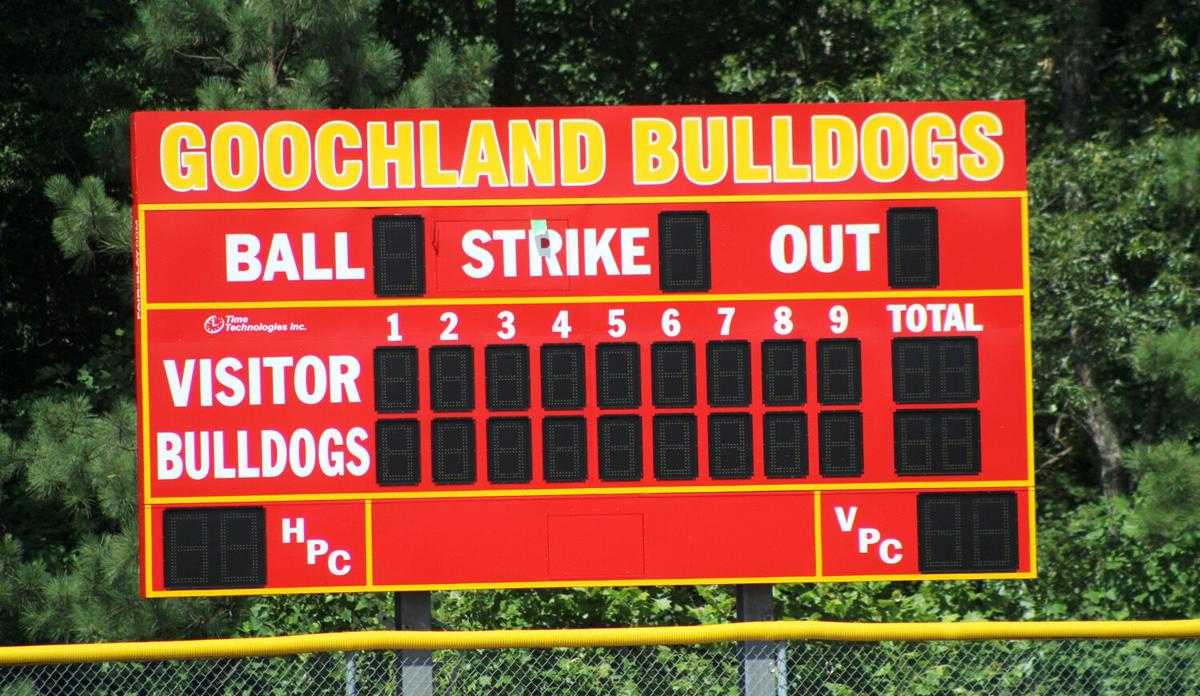 The new scoreboard for the Goochland High School baseball field. 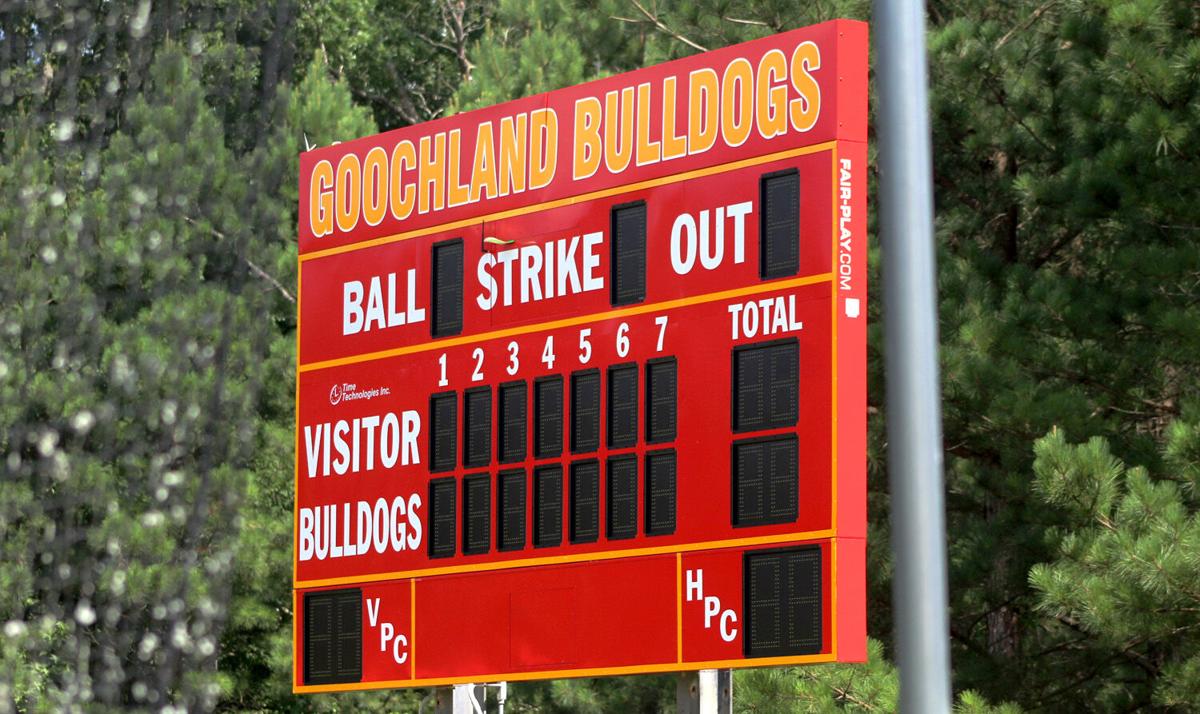 The new scoreboard for the Goochland High School softball field.

GOOCHLAND - You could say that both Wes Farkas and the Goochland High School baseball scoreboard began their relationship with the Bulldogs baseball program at about the same time.

Farkas first started coaching at Goochland with then-head coach Bryan Gordon during the 2001-02 school year – the same year that GHS students, teachers and faculty moved into the current building.

It would be another year before official play on the fields would begin, as they were still under construction and were used sparingly, and for practice purposes only, during that time.

But the scoreboard was there.

And there it stood, directly behind left field, when Farkas coached alongside Gordon in his first five years in the program. When Brian Jordan would take 20-pitch at-bats, fouling off every pitch until he got the one he wanted. When Cory Alexander roamed the outfield, “catching everything within our zip code” from Farkas’ vantage point. And when Andrew Harcum, facing Maggie Walker Governor’s School, ended up turning a sacrifice bunt into an inside-the-park home run.

But after 17 years of showing the winning scores in games, tournaments and championship finals, the original scoreboards for the high school’s baseball and softball fields have been retired from use by the school.

All of the original boards had been in place since the new school was built, and they were first used during the 2002-03 school year, when the fields became ready for play.

Farkas, who is now Goochland’s head baseball coach, was there throughout it all.

Under the scoreboard lights, Farkas saw Joe Cutchins’ “tenacious love for the game and one of the best smiles.” He saw Kyle and John Hicks have their brotherly arguments as part of one of the most dominant batteries he’s ever seen. He saw Hicks throw lasers down to second base during warm-ups and observed how Hicks knew when opposing base-runners were taking leads more than three or four feet off the bag. He recalled Cole Starke getting dirty in the first inning of every game and being one of the peskiest hitters to opposing defenses that Farkas has ever had at the top of the lineup.

He remembers hearing numerous baseballs hit that scoreboard while he was pitching batting practice – something that was always a memorable experience for the batter, he said.

“So many great young men have left their cleat marks there over the past 18 seasons on our field in the glow of those scoreboard lights.”

Many more memories were made and captured in numeric form across the past two decades. But as time went on, the structures aged, and with aging structures comes increased maintenance.

Bulbs and other parts had to be replaced. The baseball board became faded, and the lights were hard to see during 5 p.m. game starts. Farkas said there was a little bit of a “Wrigley feel” with a few vines growing in and through some of the panels and bulbs. It seemed there was always some new issue arising with them.

Replacements for the scoreboards were put in the Capital Improvements budget several years ago. The lights this year were scheduled to be replaced with newer models, which feature LED lights that should, by their function, be brighter and easier to see from a fan’s perspective.

Both of the new baseball and softball boards have the inning-by-inning running score displays. Both of the boards even include the pitch counts for both the home and away teams.

A new scoreboard is also being worked on for Goochland High School’s stadium, where the football and soccer teams play. Changes to the stadium include play clocks for each end of the field.

But while the retired scoreboards will no longer be used at the high school fields, they’re slated to be repurposed.

The current plan consists of the county’s parks and recreation department refurbishing and reusing the boards in some capacity.

The future of Goochland’s home games on the fields, however, will shine on through the bulbs of new lights.

“I think most of us will be glad for an upgrade,” Farkas said. “It will be odd looking out into left field and seeing something more modern at first, but the game still remains mostly the same over the years.

“I am excited to see what the next decade will hold for Goochland Bulldog baseball, and I am so very blessed to be able to be a part of it.”

The new scoreboard for the Goochland High School baseball field.

The new scoreboard for the Goochland High School softball field.