A Richmond man sentenced to 36 years for murdering a Virginia State Police special agent in a Richmond public housing neighborhood three years ago was sentenced Thursday to 10 additional years for possessing the firearm used to kill the officer.

Travis Aaron Ball, 30, was sentenced in U.S. District Court in Richmond to the 10-year term on a charge of possessing a firearm after having been convicted of a felony. The sentence will be tacked on to the end of the 36 years he received for capital murder in the May 26, 2017, slaying of Special Agent Michael T. Walter, 45.

“As a front line law enforcement officer protecting the citizens of Virginia, Special Agent Walter risked his life to protect the people of Richmond,” said G. Zachary Terwilliger, U.S. Attorney for the Eastern District of Virginia, in a statement Thursday. “From his time as a United States Marine who participated in Operation Desert Storm, to his many years as a veteran Virginia State Police Special Agent, and as the founder of the non-profit youth Blackhawk wrestling program, Special Agent Walter’s life was one of service.”

“As a loving husband and father to his three children, Special Agent Walter was loved, adored, and idolized by his friends, family, and by all that knew him,” Terwilliger added. “Due to Travis Ball’s selfish and brutal crime, the Walter family, the Virginia State Police, and the Commonwealth of Virginia will never be the same.”

In a time of “unprecedented and appropriate focus on interactions between individuals and law enforcement,” Terwilliger said, “we must not lose sight of the ultimate sacrifice given by the good and honorable law enforcement officers, and their surviving loved ones, who protect and serve for the rest of us.”

In December 2018, Ball was sentenced to 36 years in Richmond Circuit court for killing Walter while he was patrolling Mosby Court with a Richmond police officer.

The unexpectedly light sentence stunned then-Richmond Commonwealth’s Attorney Michael Herring and police in the courtroom when it was imposed. Herring had sought a 60-year term, the maximum allowed under a plea deal. Herring said the plea deal guaranteed that Ball was convicted of a capital crime, typically punishable by death or life in prison.

Herring said at the time that had the case gone before a jury, the defense planned to argue that Ball’s gun discharged accidentally in the midst of a struggle between Walter and Ball, which could have led to a verdict of a lesser charge like first-degree or second-degree murder.

Richmond Circuit Judge Beverly W. Snukals sentenced Ball to life in prison, which was suspended in accordance with the plea agreement, and then gave him 36 years to serve in prison.

Herring said that had the case gone to trial, a jury would not have been allowed to hear from the agent’s wife, Jaime Walter, because Snukals had ruled against any victim impact statements at a prior hearing. That would have limited the prosecution’s evidence.

On the evening of May 26, 2017, Walter was patrolling in Mosby Court with Richmond police officer Chris Duane when they noticed a Chevrolet Cobalt in the 1900 block of Redd Street. The driver made what prosecutors described as a “furtive move,” so the officers stopped for what state police called a “consensual encounter.”

At the time, Ball possessed a .25-caliber semiautomatic pistol. Believing he was wanted in Lancaster County for a probation violation, Ball resisted arrest and shot Walter once in the head.

Text messages found on Ball’s cellphone later revealed that two days before the murder, he told his girlfriend he was not going back to jail and would “end up killing something.” 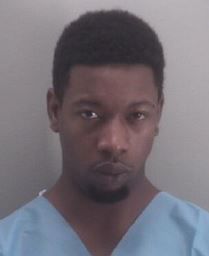 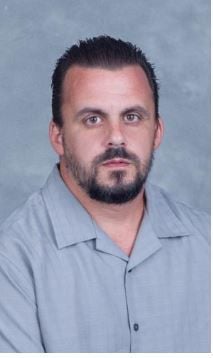