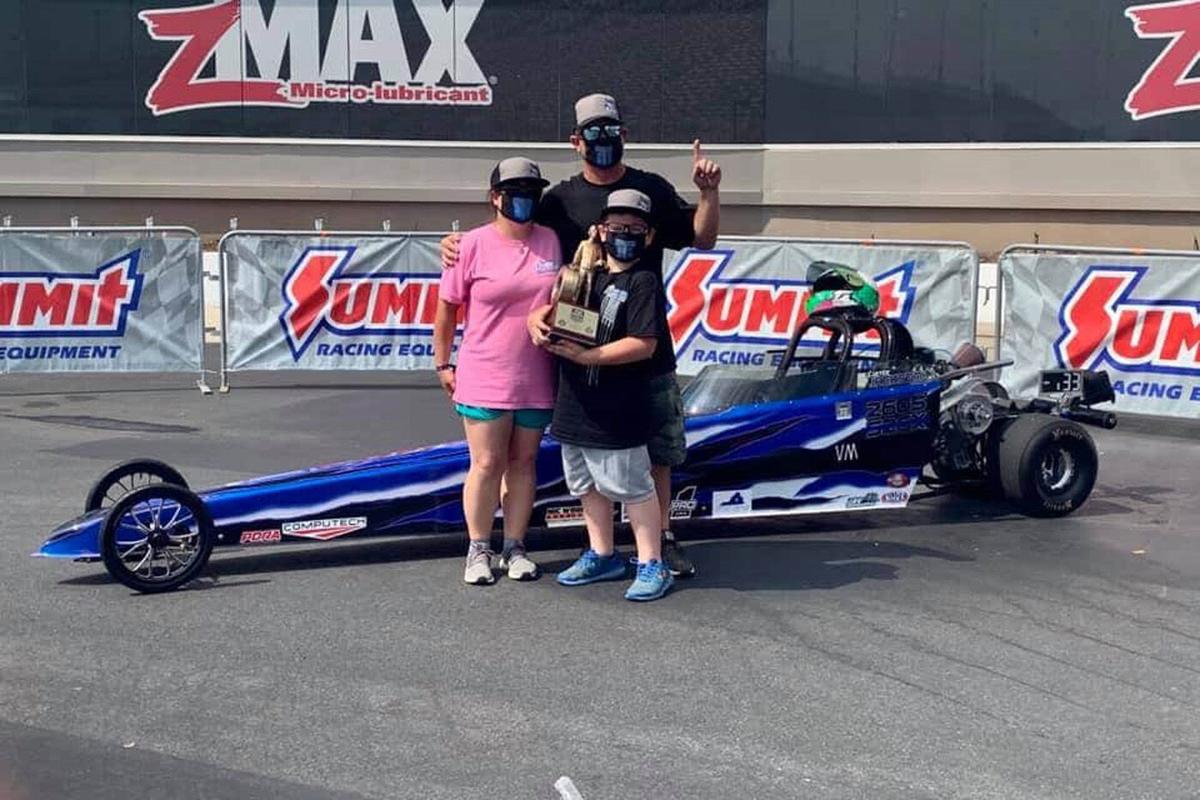 The Eastern Conference Finals make up one of two national events in the NHRA Summit Racing Jr. Drag Racing League. The Wally is considered the most elite trophy on the NHRA drag racing circuit, and Jackson’s goal was to win one in the 11.90 junior dragster bracket before advancing to 8.90 due to recently turning 10 years old.

Jackson has been racing a junior dragster since he was six. He is the back-to-back winner in the 2018 and 2019 Holiday Jr. Jam 6- to 9-year-old gamblers race at Rockingham Dragway in North Carolina.

His parents Bobby and Leslie Jackson bought him a 2020 Mike Bos junior dragster, and his new motor is currently in the works.

Carter has a goal of winning more Wally trophies in the 8.90 class and eventually the 7.90 class, to which he will advance in his teenage years.

Carter’s biggest influences are NHRA driver John Force and his dad Bobby Jackson, who raced junior dragsters back in the 90s. He was a two-time track champion at Virginia Motorsports Park.

Carter races locally at Virginia Motorports Park and Richmond Dragway. He and his family also travel to various tracks up and down the East Coast.

His goal is to eventually drive a top fuel dragster or funny car in the NHRA when he grows up.