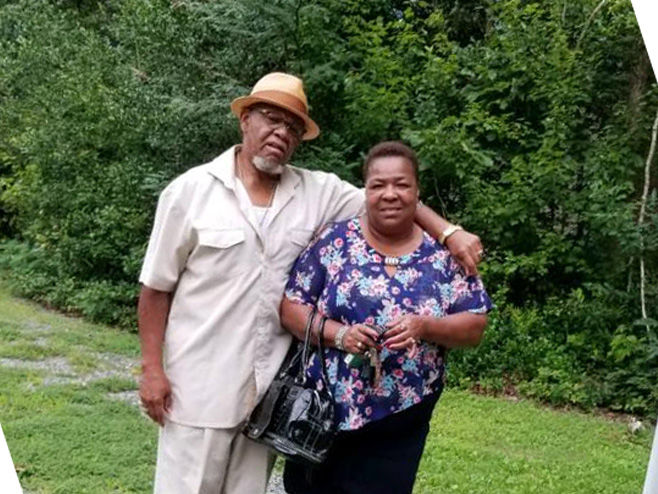 Marvin and Mary Ann Howell were devastated when they woke up and found their home damaged from a sewer water backup. 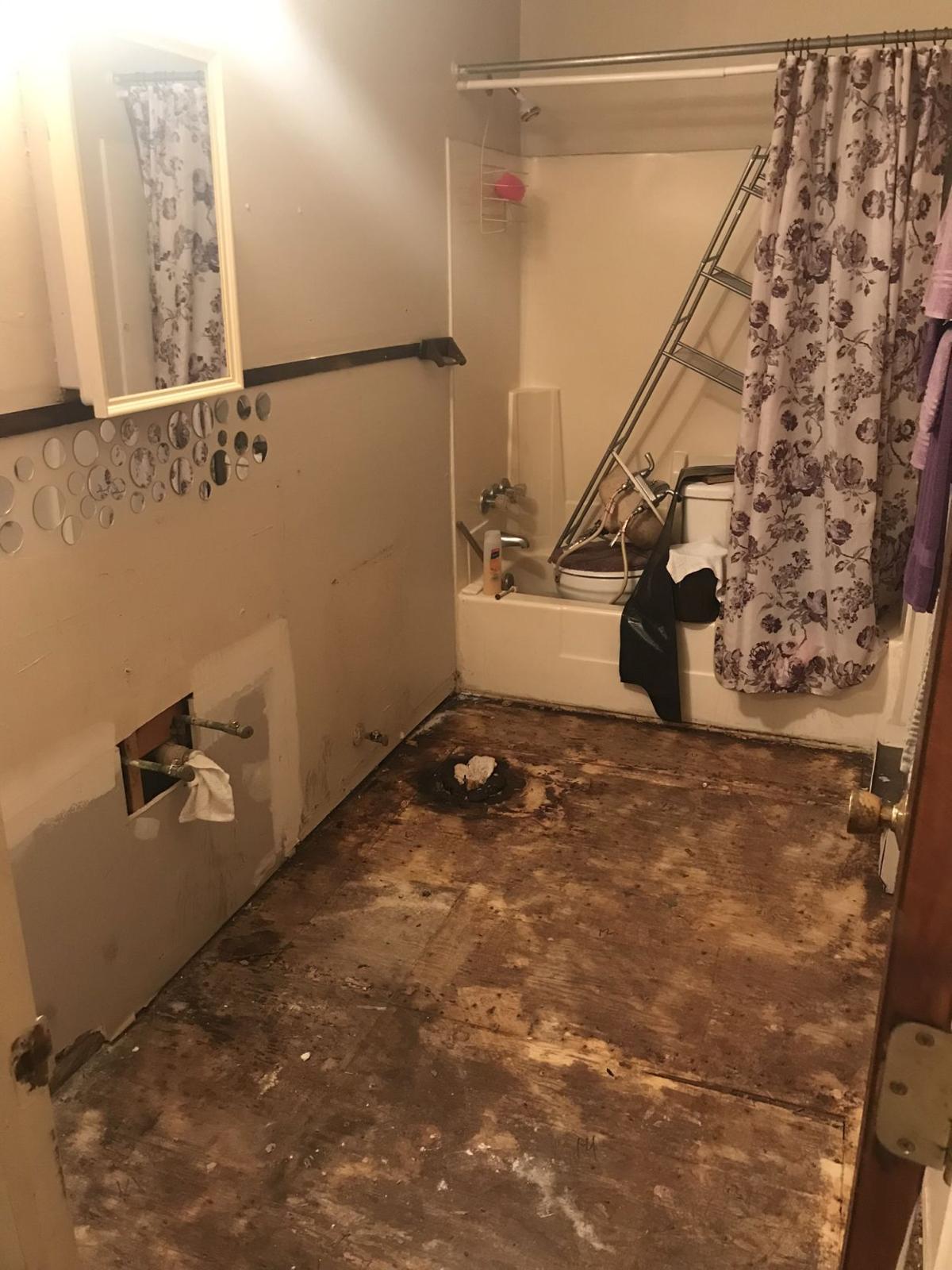 Shown are images of one of the Howells' bathrooms, which had to be gutted after their house was damaged by water backing up out of their septic tank.

POWHATAN – They woke up to water.

When Mary Ann Howell and her husband, Marvin, woke up at their Powhatan home one morning in mid-January, they were horrified to find standing water in their bedroom.

They had been having issues with their septic tank the last few days and had thankfully had it pumped out the day before. But still, the clog that had been causing issues wasn’t fixed and the result was a backup of the septic water over a good portion of their home only a few hours before a repairman was scheduled to come service it.

Mary Ann Howell was still recovering from complications from surgery in December and was in and out of the hospital all of January. She said she was made even sicker with worry. She was exhausted, crying and in pain and was scheduled to go back into the hospital at the end of the week.

“I had no family members to call. It was Tuesday morning. Everyone was at work,” she said. “It was so much water. Of course, I am upset. You know how it is when you are in pain. I will tell you, I thought I was losing my mind.”

The bad news kept coming. When she called her insurance company, Howell learned damage from sewage backups weren’t covered. The Howells are on a fixed income and both are on disability. Between losing part of Marvin’s pension last summer, medical bills and what they already paid to the septic company, they were broke, she said.

When the Howells were at their most overwhelmed wondering how they would handle the situation, a friend suggested calling the Coalition of Powhatan Churches.

When word got to Patsy Goodwyn, director of the Coalition of Powhatan Churches, and other members about the Howell’s situation later that day, they knew the family needed help in the drastic situation and decided to see what they could do.

“I didn’t know how much we could help going into it, but we could always do something. That was my thought. There was something we could help this family with. It turns out we were able to, which is wonderful,” Goodwyn said.

The timing of the Howells’ call for help couldn’t have been more surprising. Only two days earlier, Steve Crane, who owns PuroClean, a company in Powhatan that specializes in cleanups from emergency situations, had called offering his services if needed.

Crane said when he started his company, he wanted to operate his business in a way that served God and his fellow man. His business involves working with people when they are going through a difficult time – having experienced damage from water, fire and smoke, mold, trauma or more – and are faced with loss related to the most significant material item in their lives, which is their home.

“It is not only about putting the house back together. It is also about putting people’s minds at ease as to what the expectations are and letting them know this is all going to be fine,” he said.

When Goodwyn called Crane and told him about the sewer backup at the Howells’ home, he immediately agreed to help.

“With her having surgery, the environment – if it had not been dealt with – could have caused major problems by exposing her to the microbes. That could have played havoc,” he said.

The job involved removing most of the areas where the water had come in contact – the vanities and toilets, flooring, carpet, and parts of the walls. Anywhere water might have touched had to be treated with an antimicrobial product. In all two bathrooms had to be almost completely gutted and carpet taken up in two bedrooms and a hallway. It took the company several days to dry the affected areas.

With the affected areas sanitized, the next steps will involve getting vinyl flooring and carpet installed by Jimmy’s Carpet, which is doing the job at a discounted rate; having all of the plumbing hooked up and installing a new vanity, Goodwyn said. She added that St. Luke’s Episcopal Church has offered to send some money to help with the project to help remove the financial burden from the Howells.

“This is a good example of what the coalition can do. It is a lot to be said what we can do when the community puts their finances and their resources together,” Goodwyn said.

Goodwyn knows the Howells are anxious to return home because the process isn’t happening quickly. They have been staying with a daughter since they haven’t been able to stay in their home with no working bathrooms.

But while Howell agreed that she desperately wants to go back to recuperate in her own home, she also expressed profound gratefulness for what the Coalition of Powhatan Churches and other local businesses are doing for them. She said she has been overwhelmed with joy to meet such wonderful, nice people that don’t know her but have still been willing to lend a helping hand.

“I don’t know what I would have without the Coalition of Powhatan Churches. I don’t know if we could have come here. We might have had to let it go. It would probably have gone to mold by the time I got home from the hospital,” she said.

Marvin Howell echoed his wife’s sentiment, saying he thanked God for the help that the coalition has offered.

“It was rough. There was nothing easy about that,” he said.

Goodwyn said the Howells’ story, although not complete, is still a good example of how the Powhatan community responds in times of need.

“It is all about asking and showing the need. Usually people will rise to the occasion,” Goodwyn said.

For more information about the Coalition of Powhatan Churches, visit http://www.coalitionofpowhatanchurches.com/ or contact patsygoodwyn@gmail.com.

Marvin and Mary Ann Howell were devastated when they woke up and found their home damaged from a sewer water backup.

Shown are images of one of the Howells' bathrooms, which had to be gutted after their house was damaged by water backing up out of their septic tank.